The Transformative Magic of Kristen’s Masks Has Got To Go on Days of Our Lives, but Xander’s Angst is Just How We Like Our Soaps 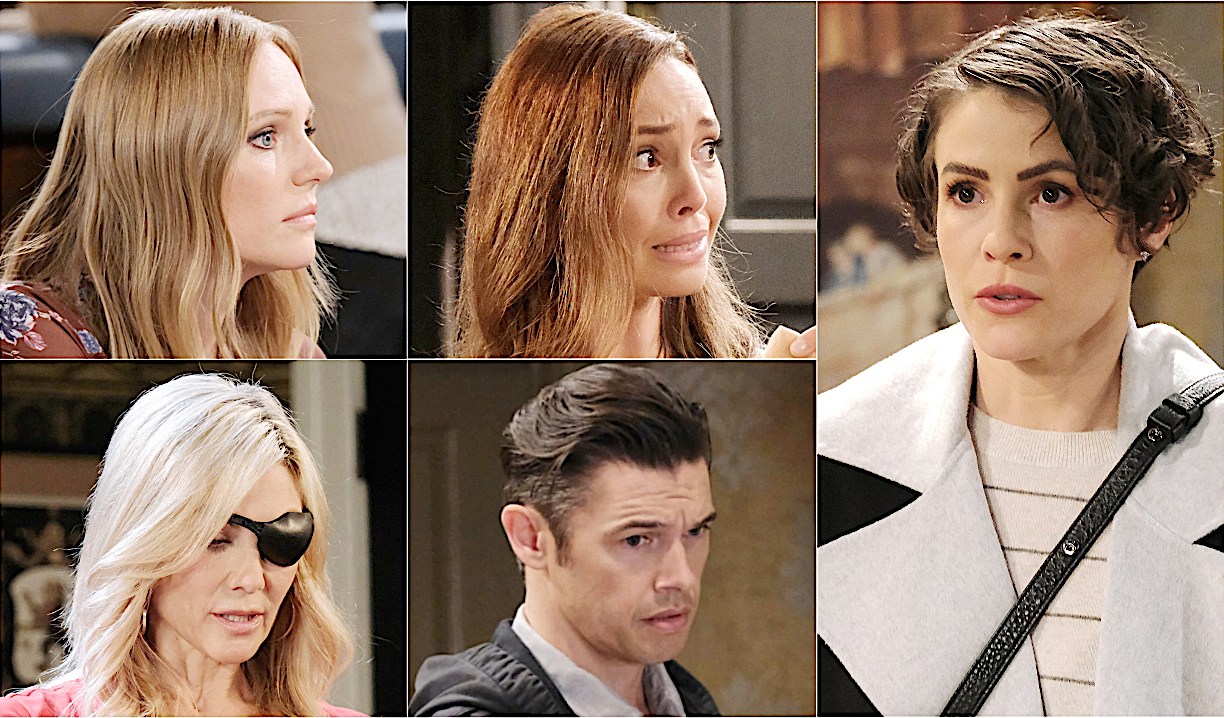 Though still featured, Days of Our Lives took a small step back from the JoDevil storyline this week to go full force on Sarah’s kidnapping. It’s a nice break from even the most peripheral of storylines connected to the devil, as there’s no connection there at all. Not yet, anyway. It’s also great to have Linsey Godfrey back on our screens again, especially as we await “Xarah”‘s reunion. Now, if only we could burn down Kristen’s endless supply of masks.

She’s Back! Sort Of

Ever since Sarah left the canvas last year, we’ve been waiting for her return. This week, Linsey Godfrey was back on our screens, but we still have to wait for the real Sarah to get off that island. However, it was nice to have someone finally put the pieces together about Kristen impersonating Sarah. Abigail proved she’s the smartest person in Salem when she also realized it was Gwen and not Kristen wearing the mask this time around. Sadly, Gwen, and presumably Ava, pulled a fast one on her, but how would Gwen know to switch out?

Regardless, Xander really should have pieced everything together himself by now. How many times does he have to talk about Kristen’s masks and Sarah not acting like herself before the lightbulb goes off over his head?

More: Ejami and Ejole get animated 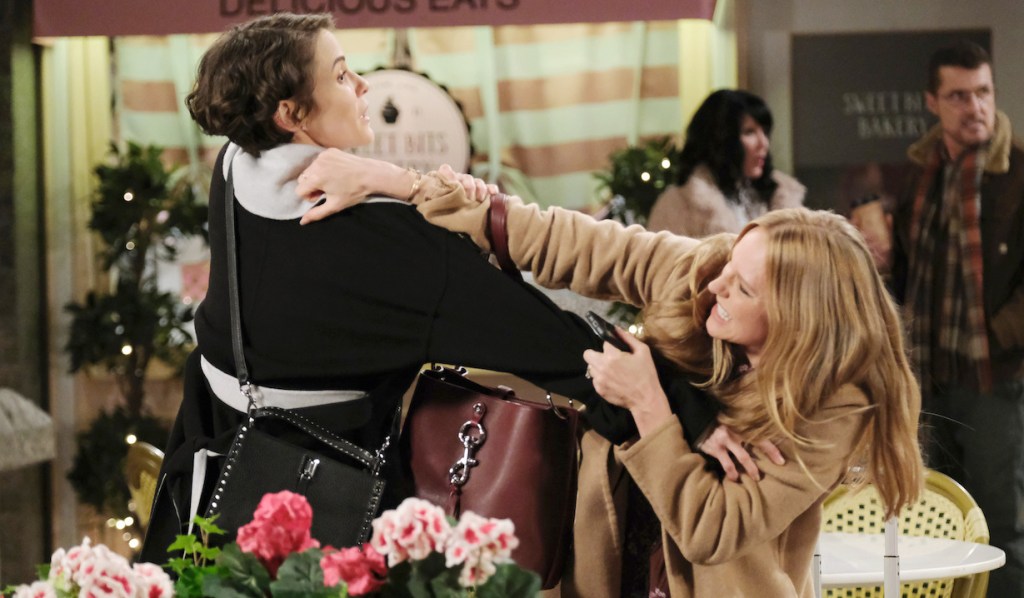 Despite the ridiculousness of the mask transforming whoever wears it into an exact replica of Sarah, the rest of the story is angst at its best. Xander’s longing and heartache have been on display ever since “Sarah” left him. We watched him lash out by drinking himself silly, marrying Chanel (can these characters share scenes again, please?), and sleeping with Nicole. His love for Sarah wasn’t even forgotten by the writers when he genuinely fell for Gwen. They still talked about her, with his hurt simmering just below the surface. Xander was also thankfully written as wanting to find Sarah despite “moving on” with Gwen. So, when he finally did see “Sarah,” his gut-punch reaction was soap longing at its best. Nothing out of character or plot-pointy about it… well, his reaction wasn’t anyway. 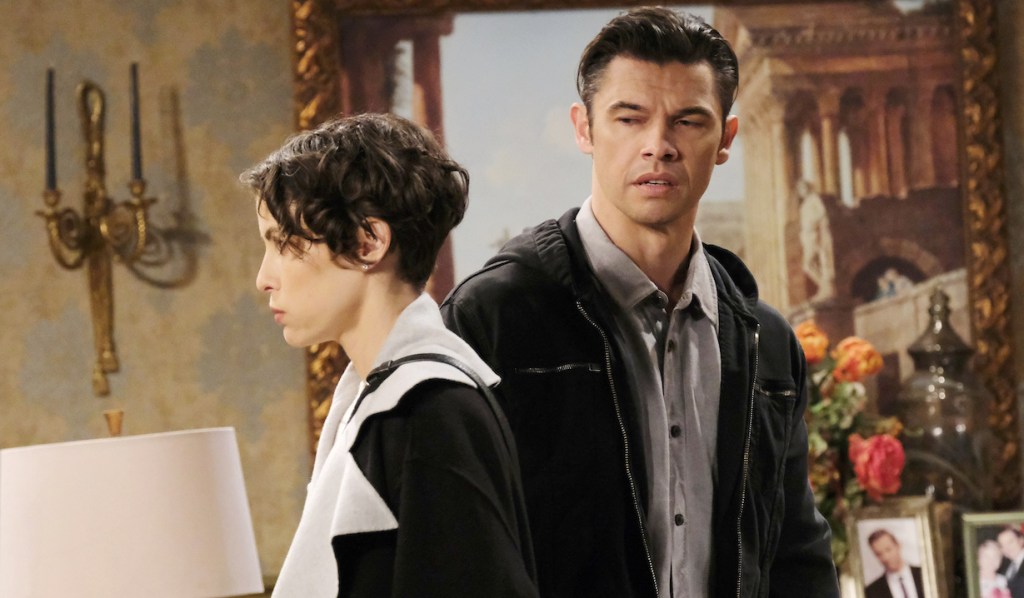 As I mentioned last week, Paul Telfer is too good for Days to only use sparingly. And seeing him and Godfrey together again onscreen makes me even more excited for Xander and Sarah’s actual reunion. It’s too bad Gwen is being written as the bad guy, but that’s classic soap as well, I suppose. But sometimes it’s nice to not be against the third party and have it be a genuine triangle, even if we already know who Xander would choose.

• As much as I appreciate JoDevil feeling like a completely different story than MarDevil, how are John and Marlena not involved at all? Shouldn’t they be hovering, starting to grow suspicious of their grandson? They would surely recognize the signs of possession, no?

• Of course, Days had JoDevil forcefully kiss both Abigail and Gabi. I was excited about Gabi and Johnny getting pulled into the storyline, but watching him creepily leer at her is not it.

• Paulina and Chanel’s talk about Johnny and Allie was lovely, and Paulina gave her daughter great advice about processing her feelings, but I wouldn’t mind watching them go after that “Eurotrash little poser” in court. 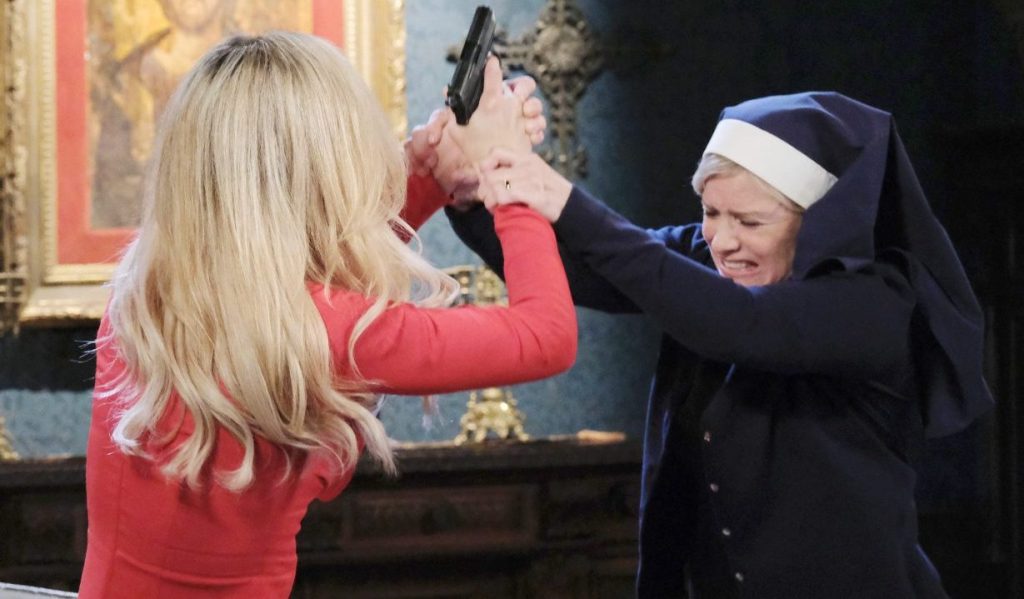 • “Father Nichols” and “Sister Mary Elizabeth” continued to charm this week. How cute was Kayla getting turned on by Steve in a priest’s collar? Aside from that, it’s good to have them both actively involved in a storyline, even if Kristen was one step ahead of them.

• So Rafe thinks Ava is behind the bogus claims against his police work, but he still had sex with her? And not just sex, but “inspired” sex?

• Can that please be the last of Duke? It’s been cringy from the start, and doubling down (up?) on him did not make it better. 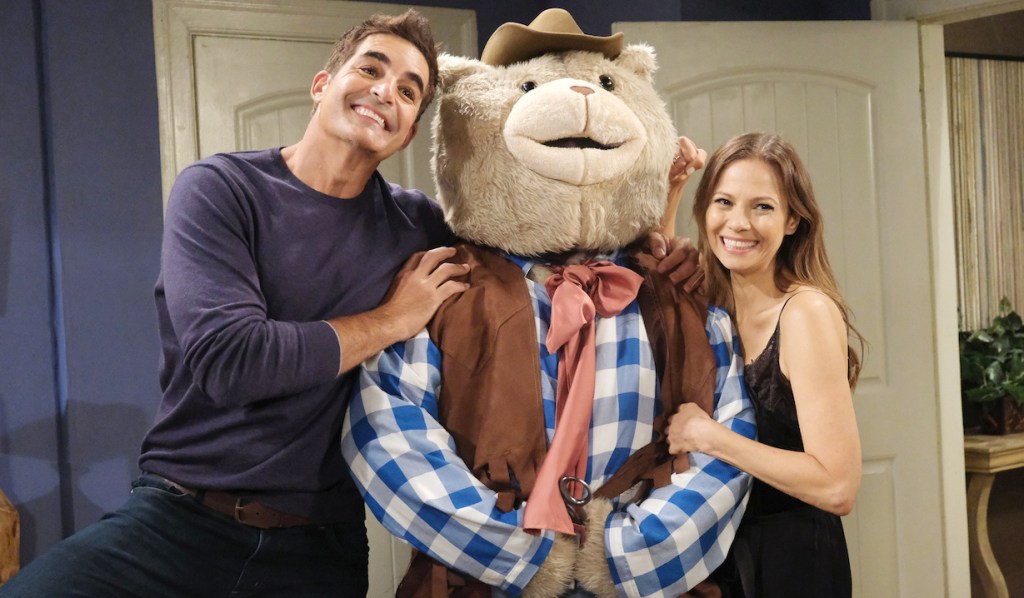 • Craig told Nancy there was no other woman for him. But what about a man?

• They didn’t try to make EJ’s trial remotely realistic, even by soap opera standards. It did, however, give us one the most soap opera-y of lines when Belle told EJ she did her best, “trying to prove this case was different than every other time you chloroformed my sister.” What did he think was going to happen when he took the stand?

• Speaking of the trial, why wasn’t Lucas there to revel in taking EJ down? Or, at the very least, to find out the verdict?

I’m glad the trial is over. With Sami not there to jump up and scream “You bastard” and contradict EJ’s testimony, it was just a waste of everyone’s time. #days

That’s all I got this time around. As always these are just my thoughts on the week in Salem. What are yours? Tell us in the comments and then relive the reign of terror from Salem’s ultimate villain, Stefano DiMera in our photo gallery below. 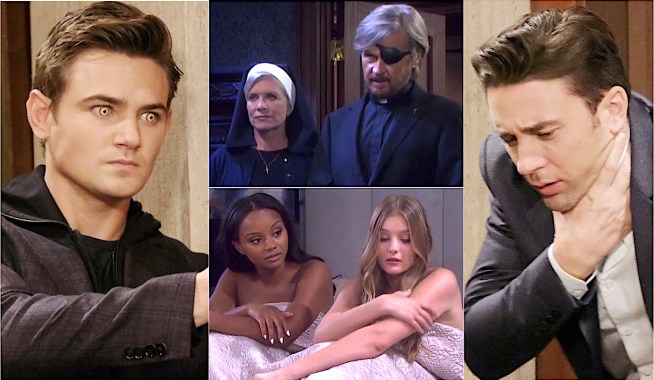 Role Playing, Passion and a Very Busy Devil Won the Week on Days of Our Lives — Now, Where Are Those Missing Characters?

The Craig/Nancy Debate Could Face a Starker Issue on Days of Our Lives — Plus, Pondering Ray's Fate and If There's More to Xander's Proposal 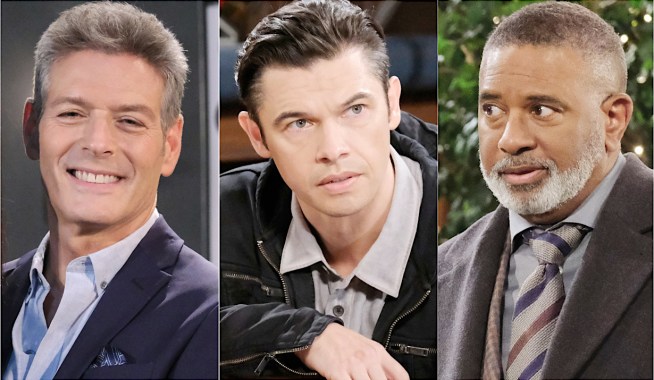