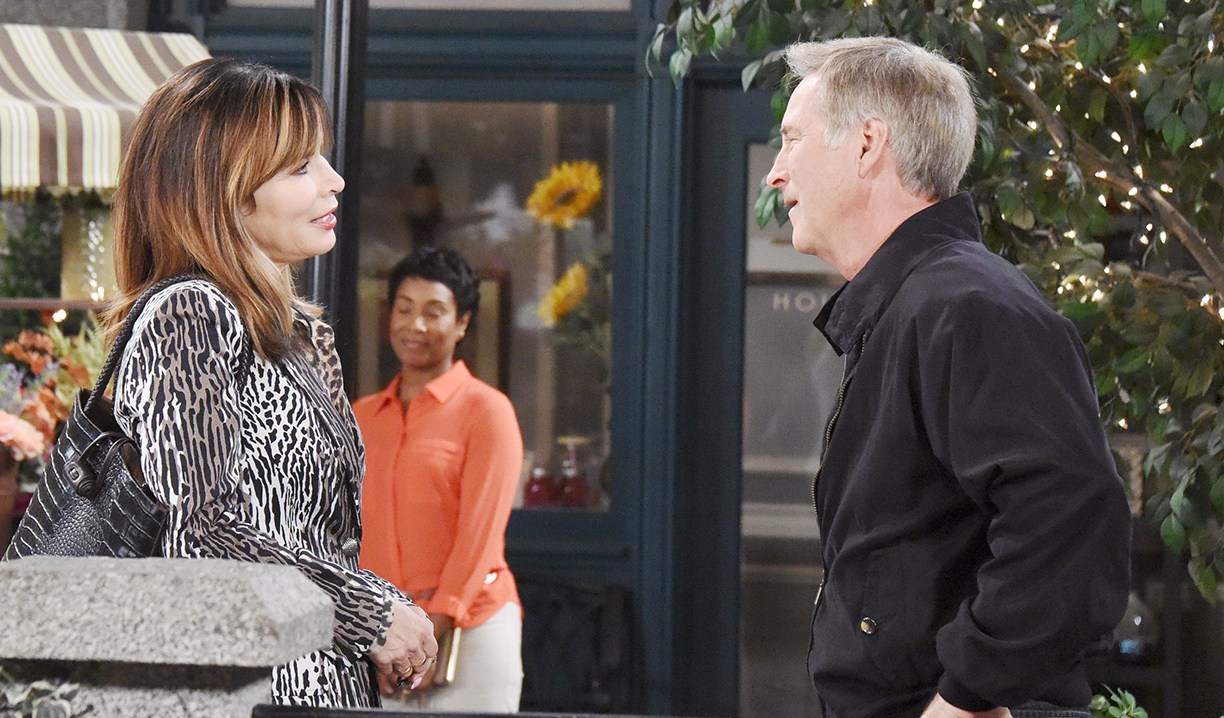 We’ve made it through some rough times together watching “Days” these past few years and bitching about the many issues but now we hope to put those dreadful years behind us as Ron C’s writing started Wednesday. I’ve watched his work in other soaps and have admired how he writes for strong women – and crazy bitches. He has stated that he wants to bring the romance back and showcase our vets more. It sounds promising. From Wednesday, onward the improvement was outstanding with the pacing, editing, consistency, directing, the dialogue…Kate and Andre showcased their humourous side again, and within two days we were treated to Stefano, Lexi and Jack mentions, to remind us of the good old days.

A very pleasant surprise. I hope this keeps up!

I don’t know if I/we are just wishful/hopeful thinking, but the show just feels different. Less like wading through porridge. — Evaine (@MetEvaine) July 20, 2017

Bittersweet goodbye…again. Argh!
John and Marlena fans were heartsick after getting to see this couple reunite for a mere two wonderful minutes together until Paul whisked him off to try to get Sonny out of jail. Some viewers are angry with him. At least this time it’s about family, but it was hard to watch poor Doc looking so lost and bewildered. ***Teaser: He won’t be gone long from our screens. We’ll see him next week and several times in August.

Kate and John.
Kate and John have always had good chemistry and a shared history which was forgotten for years. It made for a nice surprise to have them in a scene together, which turned out light, fun and gave us a humorous Stefano mention. It felt like foreshadowing because at the same time, Hattie was talking about pretending she was Marlena and breaking up with John. Could Kate be there for John if that happens? If so, in what capacity?

Big hair, big personality, and uh clothes stolen from her grandmother’s rest home in Palm Beach.
Anjelica returning after 20 years to take revenge upon Adrienne was uninspiring but then Ron C gave her an unholy alliance with Hattie which changed everything. Their scenes were brilliant, must-see hilarity from Hattie literally itching to get out of her stifling suit to Anjelica being forced to count to ten after losing her patience with the loveable yet dim-witted Hattie. Some disagree and wish they’d seen the last of the doppelgängers. There sure have been a lot of them over the years. Of which camp are you in? Hattie’s story was cut short during the last writing regime, which was a letdown but now she’s back to take revenge on Andre for using her and letting her take the fall. I imagine it’ll be fun yet cringey watching her try to get into Roman’s pants but part of me is worried, knowing that she’ll have to somehow get Marlena out of the way in the process. Ack.

She’s still not Anjelica at all but Morgan suddenly works on this show opposite Deidre. #DAYS — Chris (@DiMera87) July 20, 2017

Dario’s quickly sinking into the abyss.
Last week I mentioned in Deconstructing DOOL, that Abigail went all Nancy Drew on Dario’s ass and that continued this week with Theo the “expert hacker.” They quickly learned Dario’s embezzling funds from DiMera Enterprises and was the one who took down Countess Wilhelmina. How does this guy sleep at night? He dishonorably tried to pawn the blame off on his father, then tried to make Abby believe he did this for her. I can’t even… And now his poor brother has to arrest him. Ugh. But at least there was Chabby angst when Chad came by to ask what she was going to do about her husband’s issues with the law. This was the type of writing these two should have gotten months ago.

More: Jordi Vilasuso out as Dario on Days of our Lives

Chad, in the parlor, with a knife.
I’m not sure how Dario got the photo of Chad touching the knife in Deimos’ chest but it doesn’t seem likely that Chad killed him. Dario would do anything to keep Abigail married to him. There has to be some explanation. Maybe it’s a fake.

Mama Hernandez is a Rope fan now?
Rafe and Hope fans must have been happy to hear Mama Hernandez suddenly gave her blessing for her son to marry Hope when she couldn’t stand her previously. But unless Rafe and Hope went to see Mama and something happened for her to change her mind, I call bullshit. Parents don’t just change their minds for no reason. Not that Rafe needs her blessing. Friday’s episode had Rafe finally admitting to Hope that he kept a secret from her that Abigail married Dario so he wouldn’t be deported. Hope was pissed and thought she should have been told so she could try to talk her out of it. It was great timing for some angst in this relationship but it fizzled within seconds.

She sure forgave him pretty quick. WTF? That's it? That's the Rope angst? #Lame #Days

Bringing families together.
The Hernandez family breakfast was sweet and welcomed (to those who like the family), but we also want to see the Brady/Horton clans having dinners or luncheons. We’re also painfully missing Caroline and Bo…

I just feel like I grew up with the Brady’s, and sad that they have become so irrelevant

No literally he has covered for everyone of his friends/sibs except for his father.the Hernandez have more on screen than the Brady’s — Melissa (@Melissa90743142) July 20, 2017

Meet cute at this point? Really?
It’s already been established that Lani and Eli have chemistry and an attraction so having them bump into each other and spilling coffee on themselves was almost like going backwards. In a nice twist, JJ and Lani showed a lot more chemistry in one scene than in the last few months after sex in his room at Martin House. It’s a shame that JJ had to go off on Chad later, like he always does, throwing off the protective vibe for his grown-assed sister. Give it up, JJ. It’s a turn off at this point.

Kate, “It’s times like this that I miss Stefano. Cops used to know their place in this town.”

Kate, “I need a pick up. Let the revenge start.”

Hattie to Anjelica, “People are gonna say you have some bisexual disorder.”
Anjelica, “That’s bipolar disorder you idiot!”

Anjelica, “You must break up with John.”
Hattie shows Anjelica how she’ll do it: “Yo dude. Hit the road. You bother me!”

Hattie, “I’d zap the dula with a gargantuan dose of diazepam.” 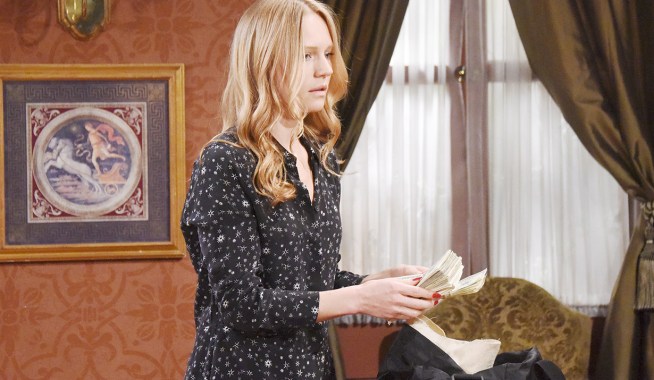 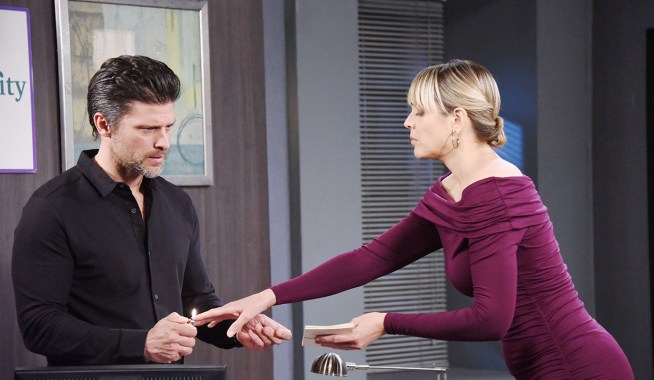