Chad’s John Black Impersonation Killed on Days of Our Lives, But It Was No Match for EJ’s Power Move — Plus, Chloe Just Needs to Dump Philip Already 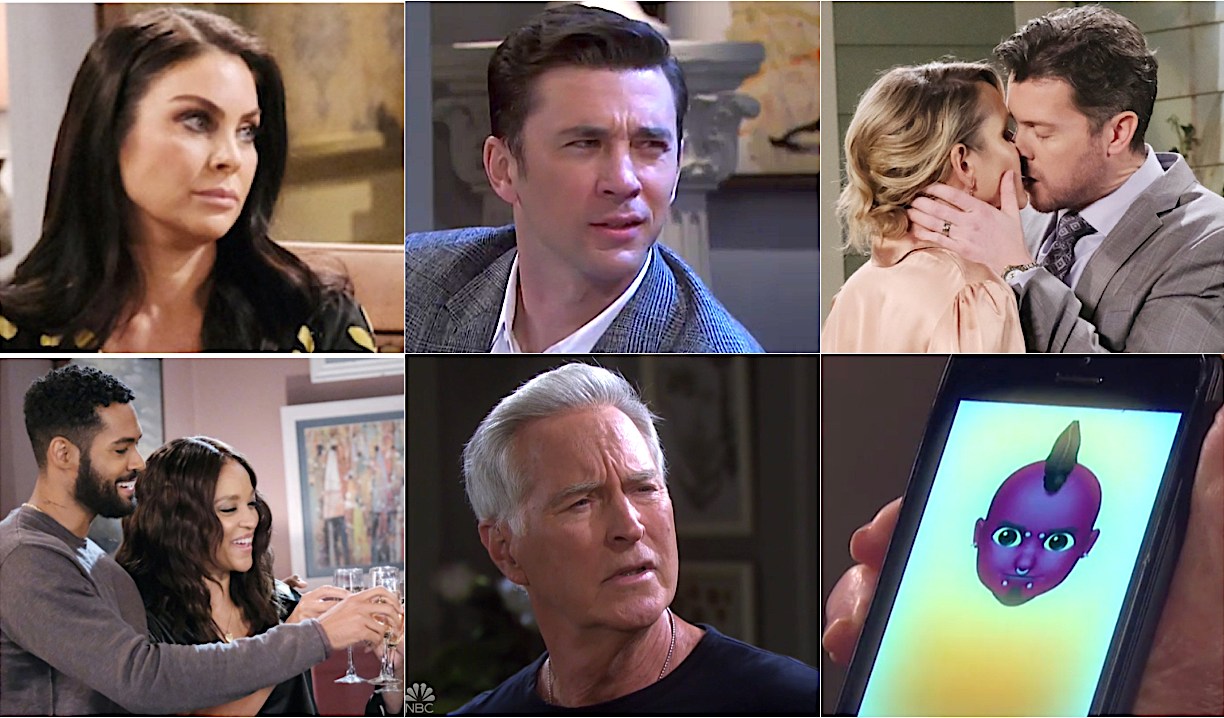 The devil story is moving right along with Marlena encouraging the Westons to do a little baby-making, and of course, we got another levitation scene. Though, that was a little anticlimactic. It’s been referenced so many times over the years, and seen in the preview, so it actually felt like one of the least exciting things to happen this week. However, other things did shake up Salem, so let’s get to it…

The Role of a Lifetime 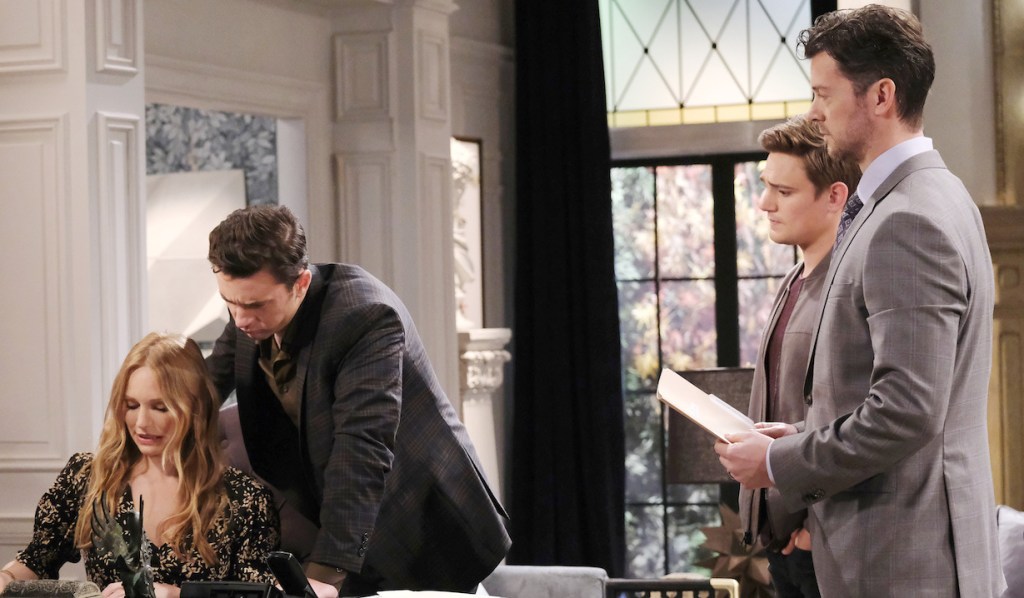 More: Chad and Abby’s long road to happiness in photos

Chad impersonating John while running lines with Abigail was hilarious and my highlight of the week. Those two really are a delight to watch when they’re happy and goofing around. They also finally reunited, but wouldn’t you know it, EJ had to manipulate the situation to stick it to Chad. Which of course has already gotten under his skin where EJ and Abigail’s past is concerned. It was a well-played if dirty, dirty move. While Johnny insisted he had no choice in letting his dad play John in exchange for money, it seems he could have just asked Chad for Roman’s part of the funding instead. I’m not totally up on Roman’s finances, but he’s a former cop-turned pub owner. How much money could he possibly give Johnny that the very wealthy Chad couldn’t easily absorb?

Regardless, EJ getting all those digs in about him and Abigail is a great use of history, but I really hope he doesn’t come between Chabby. Or Chad’s jealousy doesn’t get the best of him… again. They’ve gone down that road too many times before. I’d much rather see Chad and Abby channel Xander and Sarah when they were sneaking around town to get the goods on Philip. I want Chabby goofy, romantic, and working together for a purpose. 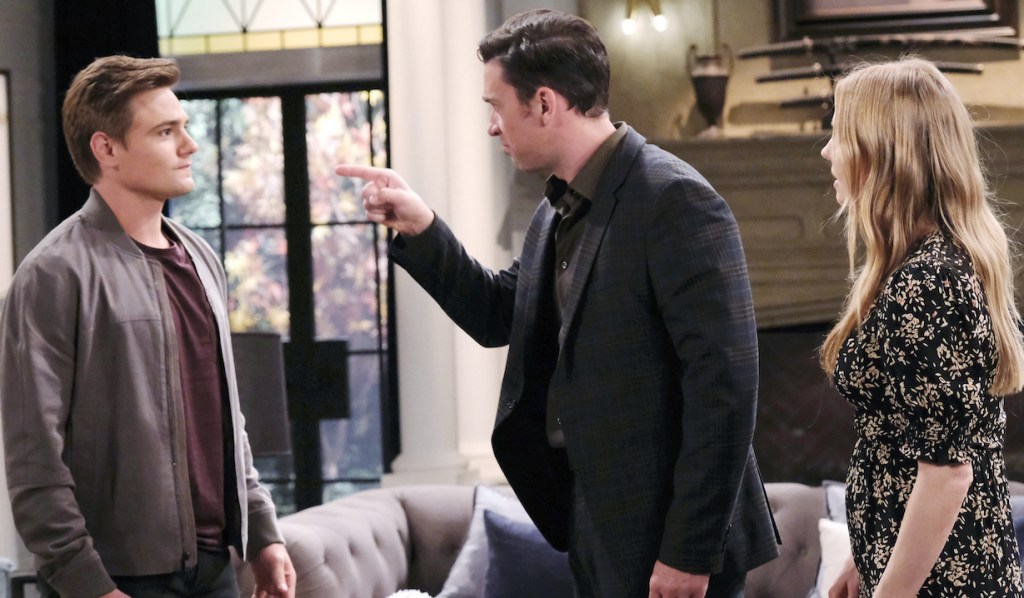 Speaking of Johnny, even though he offered to scrap his movie, it was too little too late. He has zero respect for his grandparents’ past and wishes. Marlena gave him permission to make the movie, but she’s under the influence of her new devilish app or emoji or whatever that purple earringed, mohawked thing is. If he has to make this movie, he should at least fictionalize it. And why does he want to delve into his grandmother’s and mother’s pain so much, anyway? His comeuppance has to be coming and it will be glorious to watch. 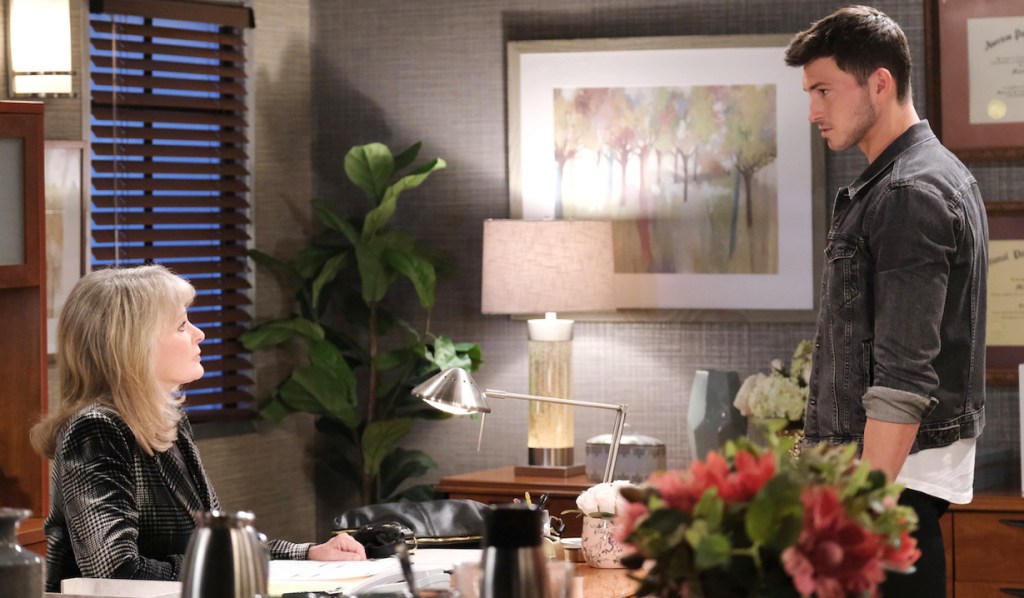 More: Who is voicing the devil?

Marlena telling Ben to, “Go home. Make love to your wife and see if you can make a baby together,” was the line of the week for me. I think it was mostly in her delivery and the way a shocked Ben reacted. It was too good. However, she only said it to protect Doug, but what does she think is going to happen to poor tortured Ben when he has a devil baby? Not to mention, as I said last week, I’m super confused as to when she’s the devil, when she’s Marlena, and what she remembers when. I totally thought she was MarDevil when she got that goofy look on her face while saying those words to Ben, but she was just Marlena fearing the devil’s wrath. And if she already invited the devil into her body twice now, I think, why can’t he just stick around? Is there a time limit on Satan taking over one’s body? Does he need a personal invitation every single time?

I am enjoying Ben and Ciara’s part in this story even if their quest to have a baby right now is a bit much. I would like them more involved with other characters as well though. Hey, maybe Johnny has a part for them in his movie.

Not So Bold a Stance 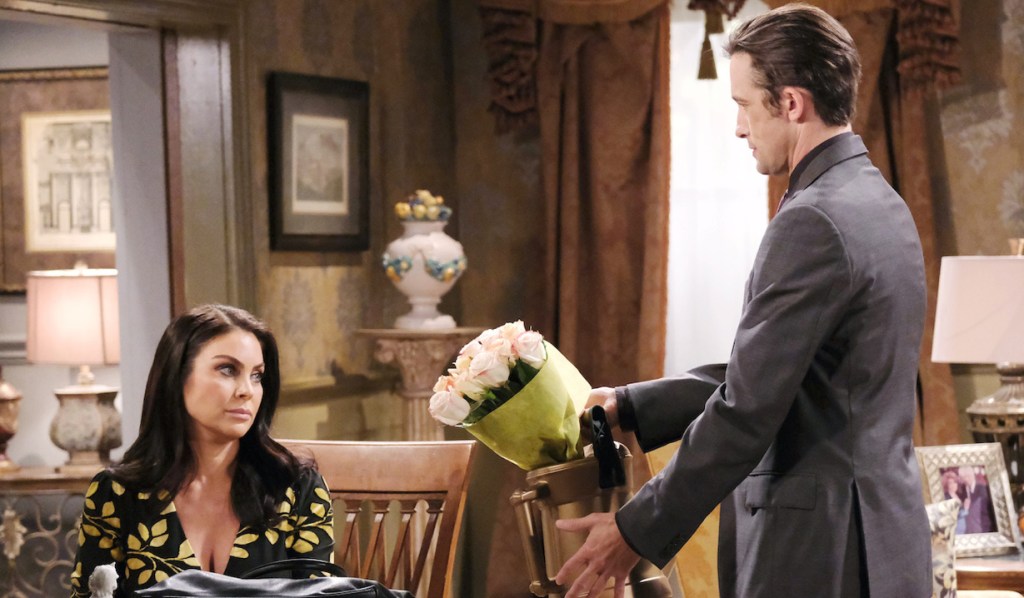 Can Chloe just dump Philip already? She seemed prepared to do that after he punched Brady for hugging his woman, but all she did was move out, while making it clear she wasn’t breaking up with him. Um, what? Not only does she need to get away from his possessiveness, but he needs to move on from his toxic behavior, stop talking about that stupid tree and stay in Ava, Gabi, and Jake’s orbit. He’s more formidable and way more interesting there.

Speaking of, are they turning Ava back to bad to pave the way for Rafe and Nicole? It kind of feels that way and I’m all for it. Just as long as she’s mob boss Ava, not stalker/rapist Ava. Or, a quadrangle could be on the horizon as EJ moved in for a smooch with Nicole, who admitted to wanting to kiss Rafe. EJ’s addition to the triangle definitely makes things more engaging.

Being Hot, Sexy and in Love Is Not a Storyline 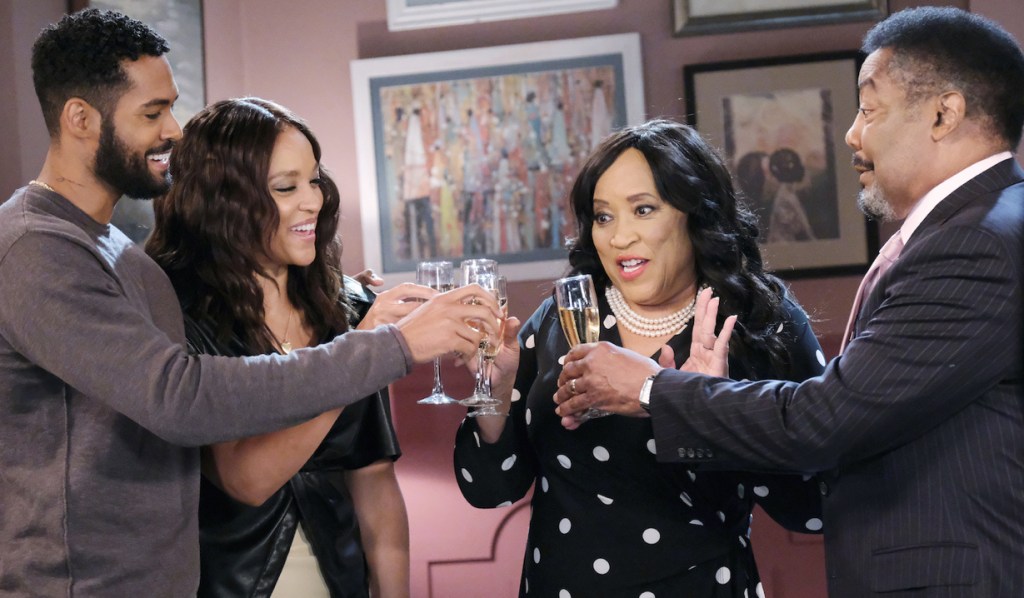 Can Eli get something else to do besides join in Carver/Price family toasts? I’m really hoping the reveal of Lani’s paternity opens new possibilities. Lani will definitely have to process the revelation that Abe and Tamara aren’t her bio parents and that Paulina is her bio mom. But then, hopefully, she’ll dig into who her bio dad really is.

Since Dad sounds like a bad guy, it could be revealed that Eli crossed paths with him or one of his children when he worked for the FBI. Or, Lani could start doing questionable things to protect her newfound family while Eli tries to take them down. It could dredge up old wounds from when Lani went out of her way to help Kristen. Then again, maybe Lani discovers a new bio sister of hers is an ex of Eli’s and tensions flare at the next family toast. I love that Elani have been happy together all year, but now, they need a storyline.

That’s all I got this week. As always, these are just my opinions on the goings-on in Salem. What are yours? Tell us in the comments! Then, with Halloween quickly approaching, look through our photo gallery of the all-time best disguises and costumes on soaps.