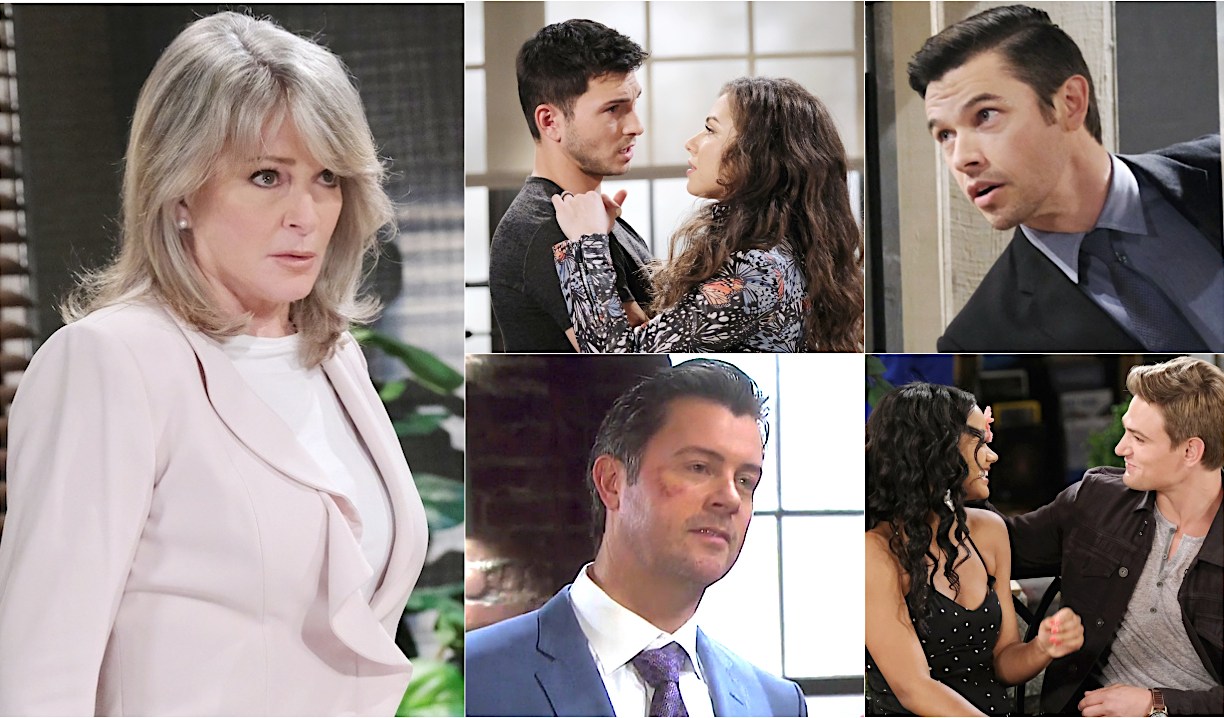 It was another fast-paced, entertaining week in Salem. Days of Our Lives treated viewers romance, feuds, possession, and humor. While the possession storyline has dominated the narrative, as least the story spreads far and wide, involving many characters who can play out plot points and beat beyond just those directly related to the devil. All and all, Salem is an entertaining place to be lately, so let’s get to it… 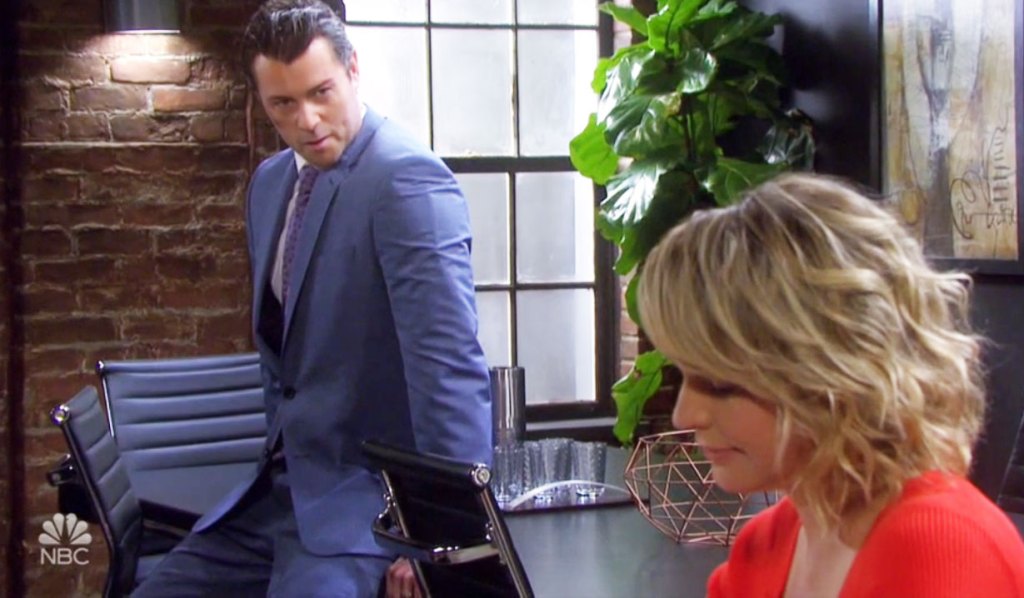 Though I miss having Sami around, her absence has benefitted Dan Feuerriegel as EJ. There was too much comparison to James Scott when he was around Alison Sweeney. To no fault of the actors, the chemistry is just not the same. Without her on the canvas, he’s been given the space to settle into the role, which he has succeeded in doing through EJ’s battles over family and business. While my colleague Richard Simms singled out EJ’s exchange with Rafe last week, this week’s highlights included EJ going up against Brady, as well as Lucas (“You smug son of a bitch.” “You loser.”). Then there was his chemistry with Nicole, which was on full display, and is definitely promising.

The best line this week though had to be Roman asking his son-in-law, “Do you ever think about how stupid you are?” At the very least, it’s one of Roman’s best lines. But why do they insist on having EJ call Sami a tramp? The writers went out of their way to use the term sex worker versus hooker, and while it was a fun running bit with Xander, who is apparently the most evolved man in Salem, EJ calling his cheating wife a tramp is not. Not only does it feel too pedestrian coming out of his mouth, but if they can move away from using outdated hooker terminology, why can’t they move on from the tired soap cliché of men calling women sluts, whores and tramps? 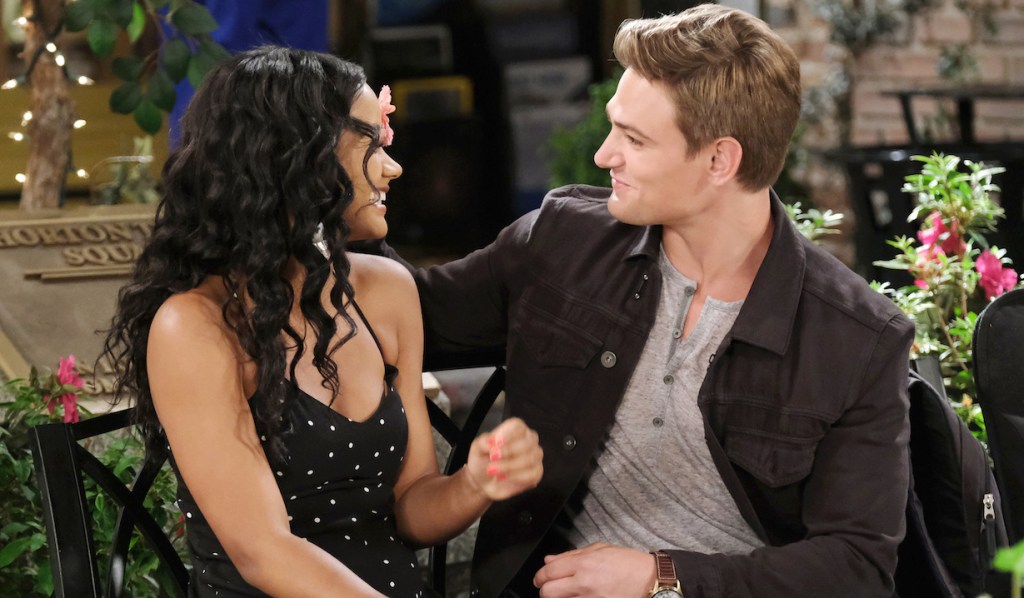 As for EJ’s son, Johnny is something else. Abigail rightly called him out for exploiting his family with his film, but going by his interaction with John, he doesn’t care. At. All.

This was funny though: “The way Will described my dad’s naked body, it’s like he had a thing for his stepdad.”

And would it kill Johnny to have a conversation with a family member without mentioning his film? Hopefully, he’ll get a little comeuppance, or at least have the fear struck in him courtesy of Satan herself. Though, considering Chanel dreamed the devil was after her, she could be the one in trouble. I’m surprised he hasn’t asked Chanel to be in his film as well. He already wants his family members with no experience to play two main characters. With zero experience making movies, they are probably all he can get.

I love Johnny, but I can’t wait for the devil to show him just how right his grandfather was about the horrors of the possession. I hope she levitates right in front of him 😂😂😂😈😈😈 #days #Jarlena

On a side note, I adore Chanel and Johnny. They have great chemistry, and Johnny sounded pretty good, but all the serenading should be left to 80’s Justin. 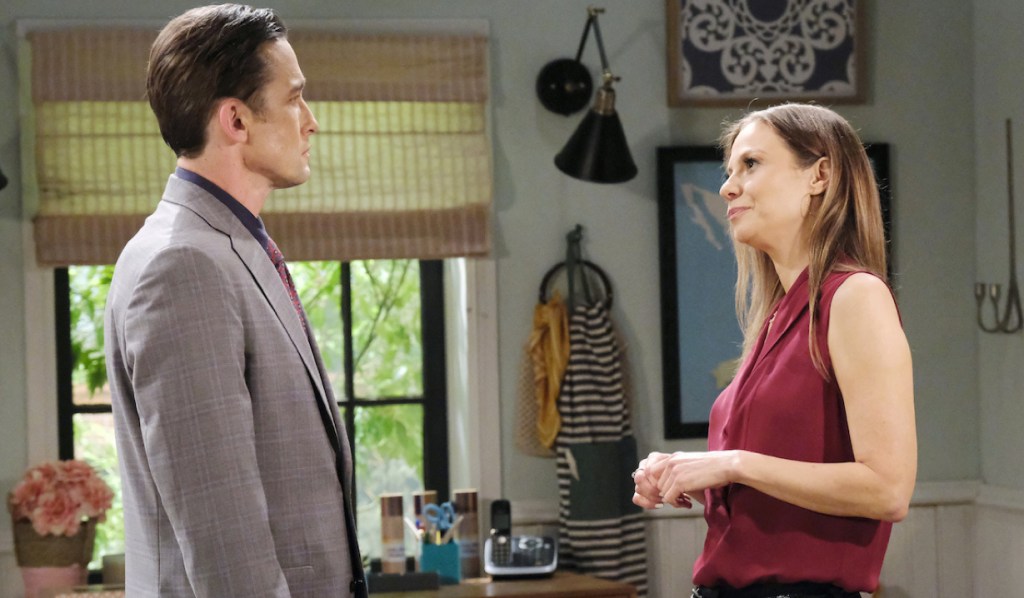 The corporate games are finally getting good. Ava and Philip teaming up has tons of potential and bringing back the mob ups the stakes. I’ve said before Jake needed to return to his mob, or at least blue-collar, roots, and Days delivered. We have never gotten much detail on his backstory, so I’m curious just how far he took his enforcer duties with the Vitali’s. Even Ava benefits as her Suzy Homemaker routine in Rafe’s kitchen does not cut it.

Thankfully, Brady saw through Jake’s attempt at gleaning information from him on Philip. I wouldn’t mind seeing the Kirakises team up against Jake and Gabi as well, but with Philip and Brady both being in love with Chloe that might not happen. However, Philip continued to impress this week as he took the romance approach with Chloe over the crazed stalker approach — and it was a much better look.

Love in the Interrogation Room 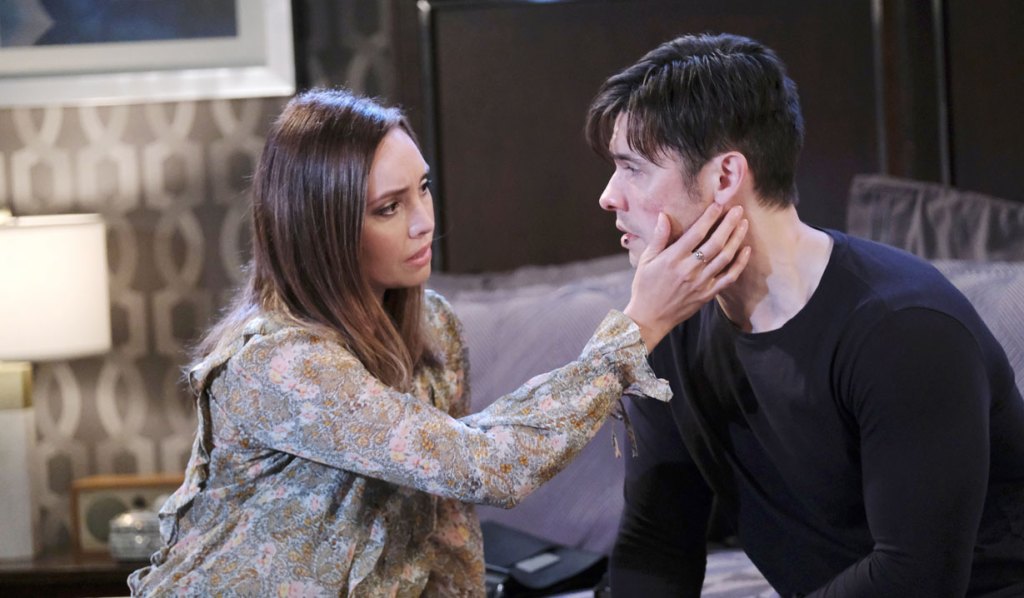 Gwen and Xander making their relationship official was sweet and, considering they have both crossed many an ethical line, doing it in the interrogation room seemed fitting. I’m not sold on all the deep emotion of it (again, not because of the actors, Emily O’Brien and Paul Telfer sell their connection) so I hope they continue to scheme and manipulate together.

Now that they’re all in, it feels like a good time for Sarah to return, putting Xander in a difficult position between the two women. I do wonder if Gwen will find out about Sarah being stranded on an island somehow and then try to keep the truth from Xander. That seems like something she would do so as not to be abandoned yet again. 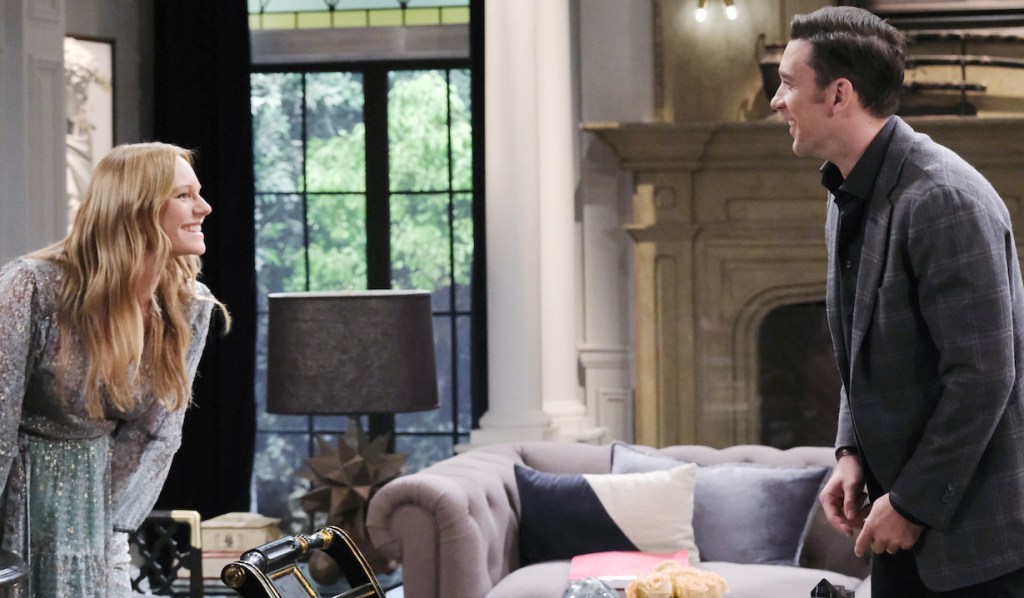 • A happy Chabby is the best Chabby. The scenes of them playfully discussing the movie and her acting ability was great fun. Hopefully, there’s more of that to come.

• How endearing is John in protective mode when it comes to Doc? I especially loved him yelling at Johnny. Now, if only he’d listen.

• With Ciara suggesting Ben talk to Marlena about his baby fears, they are presumably finally getting pulled into the devil story. I don’t love Ciara’s need to get pregnant so soon, but digging into Ben’s psychological issues and tying it to the possession story makes it way more interesting. I can’t wait to see what MarDevil has in store for him.

That’s all I got this week. As always these are just my thoughts on the goings on in Salem. What are yours? Tell us in the comments after paying tribute to the beloved soap actors we’ve lost this year in our photo gallery. 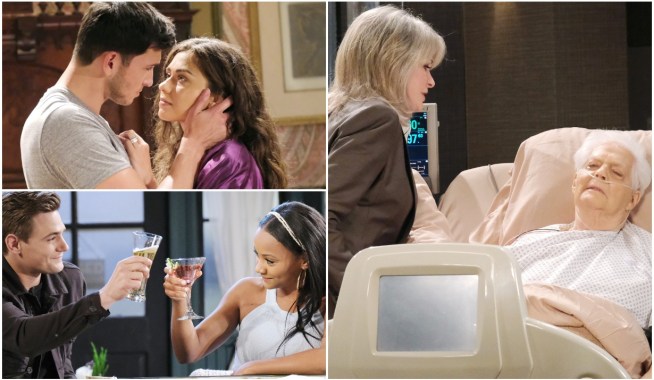 Is Days of Our Lives’ Devil a ‘Cin’-ner? Is *This* the Duo We Didn't Know We Needed? And Was *That* a Dropped Hint About a Fave's Return? 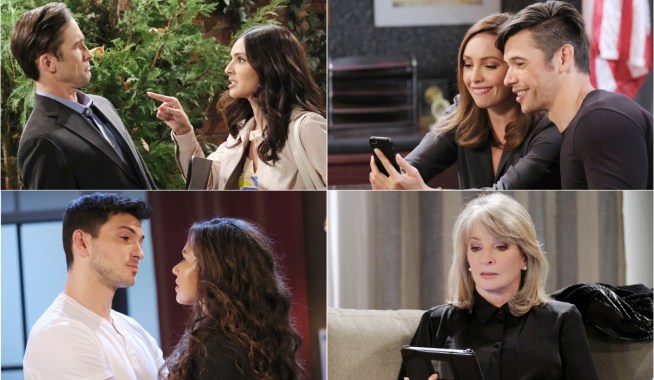