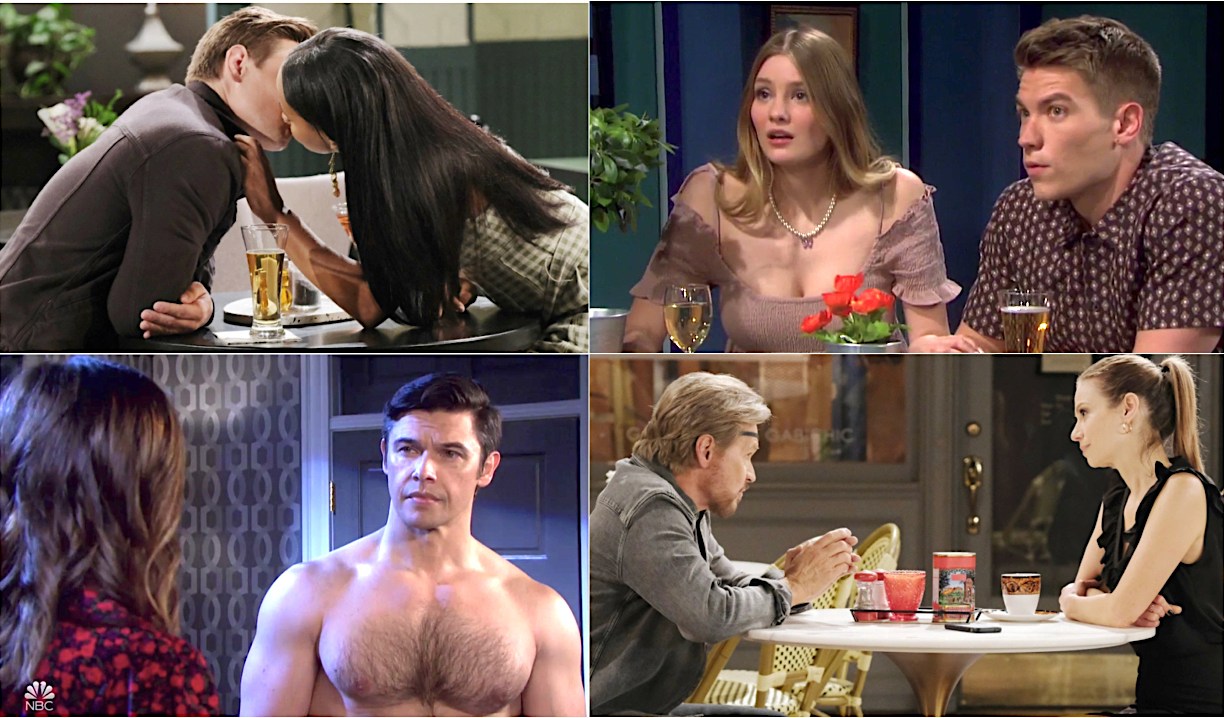 The release of the Beyond Salem promo was a major highlight this week. It just looks like so much fun. I’m already a fan of nuSonny and those outdoor scenes look amazing. Add in all the returns, the adventure, and romance… I cannot wait. But we have more than a week to wait for that so let’s get to what did happen onscreen in Salem.

Battle of the Stepdads

NuEJ’s best chemistry so far is with his family and foes, including Xander and, as I mentioned last week, Chad. Although, Lucas is another great sparring partner, one I hope EJ continues to do battle with despite Sami being off-camera. Considering their children are twins, perhaps, now that Johnny’s home, Allie will start spending a lot of time at the DiMera mansion, which could mean she’ll be spending more time with her stepfather. A growing bond between the two would surely annoy Lucas, who could offer to help Johnny fund his movie to get under EJ’s skin in return. There’s a lot of potential for family conflicts to continue even when Sami’s not around. (Though she’s already sorely missed.) And it’d give Lucas something to do considering he still doesn’t seem to have a job or much other purpose. 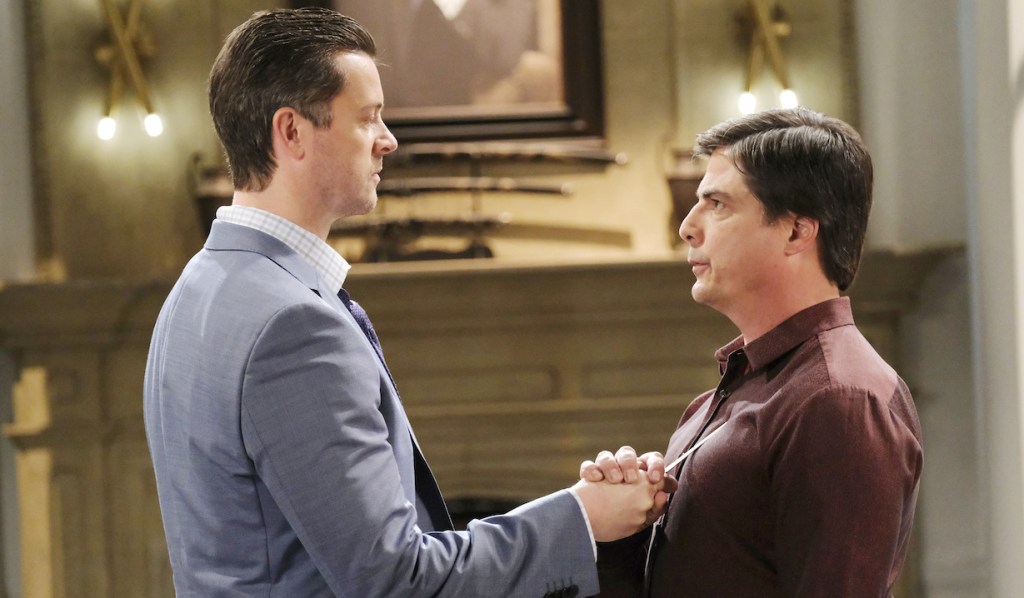 More: Real-life loves of Days of Our Lives stars

Speaking of the twins, Chanel and Allie seemed to be the obvious endgame… until Johnny showed up. He and Chanel have fantastic chemistry, which is giving his sister a run for her money where their mutual crush is concerned. Tripp is really the only non-factor here. Even Allie knows it if her hesitant response to his declaration of love is any indication. Though it’s hilarious Allie just keeps popping up at the hospital to visit her boyfriend like he’s still waiting tables instead of learning to save people’s lives. However this shakes out, Allie’s and Johnny’s reactions to discovering they’re interested in the same person should be good fun.

Johnny and Chanel are really cute together. I like her and Allie together too though. Add in Tripp and this is gonna be a hot fun mess. #Days #DOOL 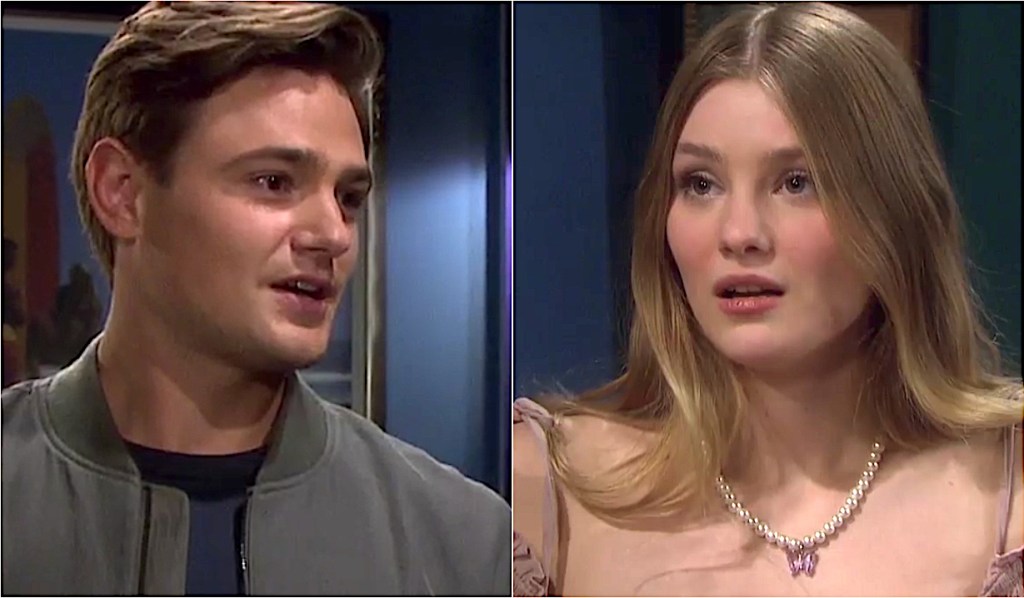 It’s a big yes for me in regards to Xander and Gwen. They are fun, flirty and even oddly sweet. They also operate with similar moral codes, making them a good match. However, it is frustrating that Sarah is never mentioned. While it’s totally in Xander’s nature to not search the ends of the earth for her, like Ben did with Ciara, and believe Sarah left him because he’s not good enough for her, he’s still got to be hurting. His actions with Sarah might not have been as “selfless” as he claimed they were for Gwen but Xander would have done anything to make Sarah happy, including giving her a baby that wasn’t hers. If she’s not going to be on the canvas then Xander absolutely needs to move on, and Gwen is a fantastic choice, but he should still acknowledge his heartbreak over the love of his life “leaving him.”

More: Everthing you need to know about Beyond Salem

Who Are We Supposed to Root For?

Philip is acting like a caveman with all this “Chloe will be mine” talk and threatening to “kill” Brady should he try anything with his woman. Brady’s not much better pressuring Chloe to go on a work trip with him. Despite how he spun it to his employee, It still seemed like an HR issue. I’d rather see Brady and Nicole reconnect and Chloe and Philip get a real storyline that shows off this relationship we hear so much about but never really see.

Speaking of Philip, I really hope he doesn’t turn out to be the fool he’s being set up to look like when it comes to Gabi and Jake. Hopefully, he’s on to their scheme and is playing them right back. 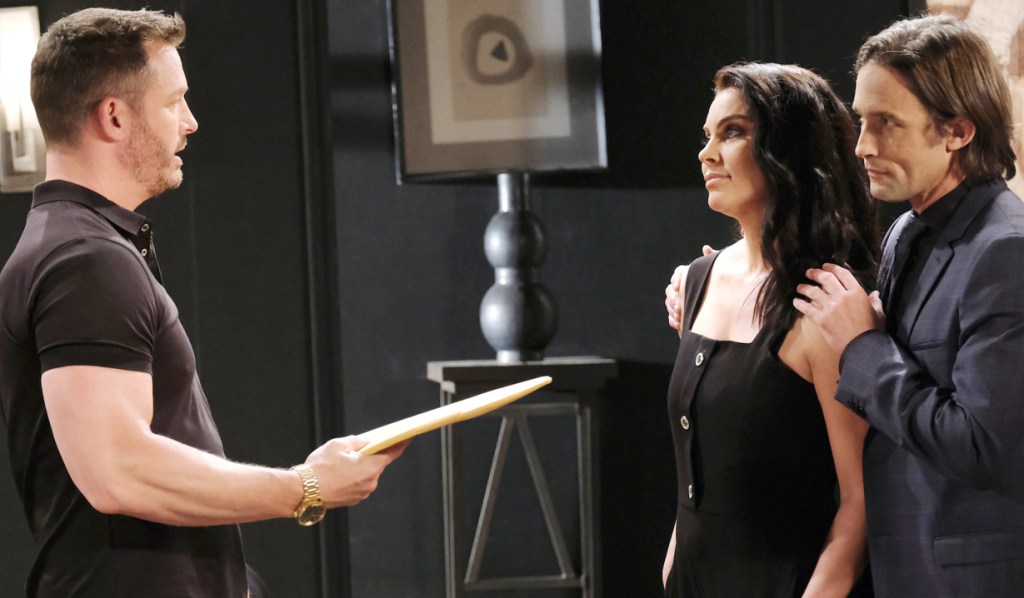 Having a rape victim apologize to their rapist. Can anything be more Days of Our Lives?

Steve is on a forgiveness kick. First with Ava and now with Bonnie. Are we sure that chip is out his brain for real? #Days

• As for the other woman Steve should never forgive, Bonnie got what she wanted and Steve agreed to be Justin’s best man at their wedding. That might not be the biggest eye-roll-inducing moment though as Bonnie’s new blackmailing sister-in-law story hasn’t gotten off to the most promising start.

• Roman had no business being so cruel to Nicole who sobbed that she deserved to live in misery for the rest of her life. For cheating? That’s a bit much. Where’s the feisty Nicole we used to know and love? Oh, right, she’s tearfully giving up her friendship with Rafe so Ava won’t be jealous. 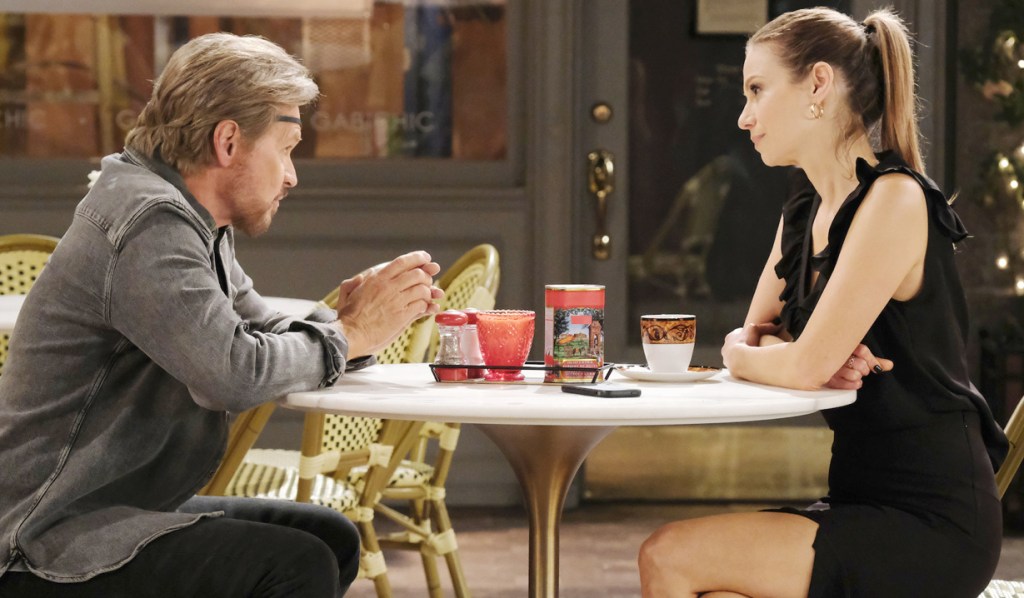 That’s all I got this week. As always, these are just my thoughts on the goings-on in Salem. What are yours? Tell us in the comments and then look through the most recent Days cast portraits in our photo gallery. Get your free daily soap-opera fix for Days of Our Lives — and all of the other daytime dramas — delivered straight to your email inbox by signing up for Soaps.com’s newsletter.

New Arrivals on Days of Our Lives...