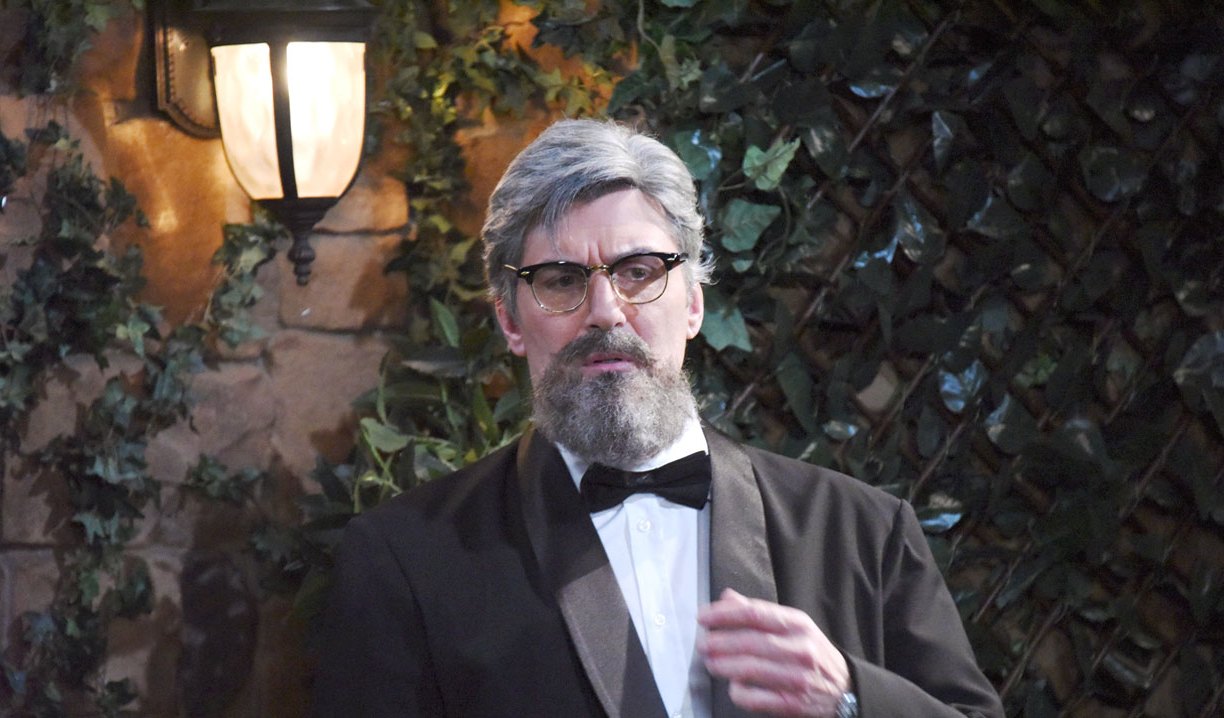 I know there are only 3 weeks to go but this adage keeps popping into my brain – with a twist: “The definition of insanity is writing the same thing over and over and expecting better ratings.” Ouch…

Big bad Anjelica.
Bringing characters back from the past is done to jump start ratings and to appease nostalgic long-term viewers. Sometimes it works, sometimes it falls flat. Morgan Fairchild has always done well with playing the juiciest and bitchiest characters in shows, but bringing her in as Anjelica when she didn’t originate the role was bold. While I dug the idea of a character returning for revenge, like Adrienne pointed out, it’s been 20 years and that’s all Anjelica has come up with is to steal The Spectator? It’s weak. And why did Jennifer stop the cat fight when it barely started? Desperate times mean we want to see any bizarre behaviour. That’s all we have sometimes to hang on to when the writing is struggling. I really hope that this vengeance story is a red herring and that there’s much more to it.

Poor Jade?
Monday was the Joey and Jade show but I didn’t mind because Jade finally got that character development she needed months ago. But why now when Gabrielle Haugh is leaving Days as Jade?

The only way to kill a vampire, aside from setting them on fire or taking their heads clean off, is with a stake to the heart.
Deimos donned the flimsiest disguise in soap opera history to attend the Martin House soiree, but nobody noticed as “he slithered and slunk, with a smile most unpleasant,” (Dr. Seuss) hoping to find revenge by taking half the town on a trip of their lives. As they were all strung out on Halo 2.0, not making much sense, seeing dead men, flirting with ex-boyfriends and getting itchy pants, the tables sort of turned on him and “an hour later” he was found dead. I’m sad for a character who could have been a great long-term addition for the Kiriakis clan and for such a talented actor in Vincent Irizarry who was wasted under this regime’s writing.

Our whodunit list is quite extensive. And there is a possibility they didn’t work alone. The last scene Wednesday had Deimos lying on the floor, while Gabi found him sitting on a chair behind curtains on Thursday.

Please vote only once to let us know who you think is the murderer. If your suspect isn’t on the list, leave a comment!

The killer will probably end up being someone implausible, like Anjelica. Even if it were one of the several who were drugged, it’s not really their fault, is it?

I didn’t read much into what happened while they were under the influence because in reality it shouldn’t necessarily reflect some hidden agenda, but I’m sure that this story has been written without that in mind. Fanbases are already vocalizing their thoughts on who belongs with whom! We’ll see if Chad and Abigail reunite, if JJ and Gabi belong together, if Eli and Lani start something and if Rafe gets his wish and marries Hope. Since half of SPD are suspects, all that Raines needs to do as touched base upon in last week’s Deconstructing DOOL, is to hire Rory for consulting. Rory will get to the bottom of who killed Deimos. Unless Rory did it. Ruh roh!

#days bleh St Daniels ghost is back, give us locusts, frogs, crosseyed ninja turtles…anything but him ?

@SheKnowsDOOL can someone call the ghostbusters so we don’t have to see ghost Daniel anymore? #days #dool — Jadiac (@Jadiac1) June 29, 2017

Sadly #Days is much more enjoyable when they are all high AF!! ??

There are no words.
Theo lives with Claire yet he found it impossible not to wait at home for her 4 hour shift to be over and break up with her there, in private, rather than trek to her work and dump her on her break. Ouch.

This is one person’s opinion – please share your own in the comments!

Deconstructing DOOL: Will the Nicole...