New Arrivals on Days of Our Lives Ramp Up the Family Dysfunction — In the Best Way. Plus, the Steamy ‘Cin’ Reunion Presents a Fresh Start 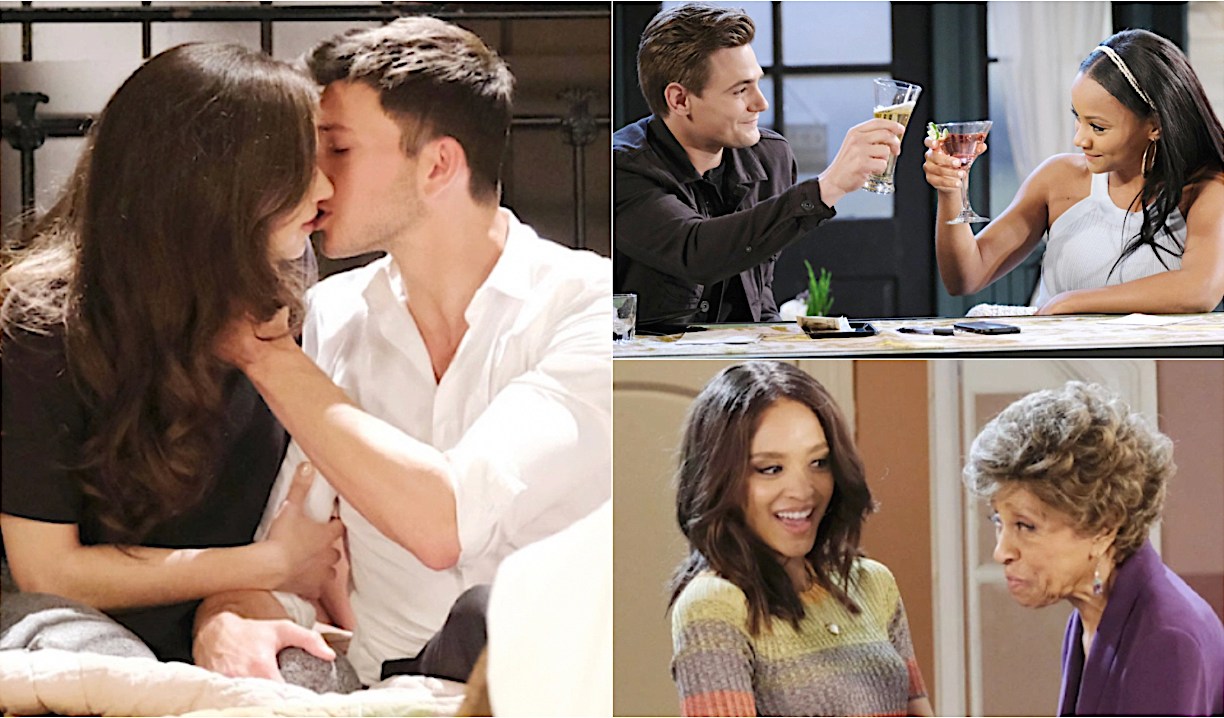 It was a great week for reunions, returns and introductions on Days of Our Lives. Things are definitely getting shaken up and it’s all looking promising, even if we have a few questions. Let’s get to it!

Theo left Salem and Cin reunited in every way possible this week. Hopefully, this puts an end to the way Cin has been toxically written, and Ben never kidnaps (no, it was not an intervention, Ciara) or harasses his wife again. Cin and their fans deserve many scenes of happiness and making-up-for-lost-time sex. This week was a good start, as viewers were treated to a detailed sex scene as they reconnected in the cabin. It feels like forever since we’ve gotten one of those, doesn’t it?

As I said last week, it was a nice change of soap pace that Ben never strayed with Claire. However, it gave Claire nothing to do, which is probably why she was written out this week. It’s too bad she didn’t retain any of her bad girl-ness or continued her alliance with Gwen. It could have fun to watch them plot and scheme their way around Salem. Instead, all she got to do was fall for a rapist and be Ben’s sounding board. Perhaps, Johannesburg will do Claire some good and she’ll return reinvigorated.

As for Theo, he’s hard to feel bad for considering he was only desperate to find Ciara so she wouldn’t remember Ben. But, as has been suggested on social media, it’d be interesting to see him become more involved with his mother’s side of his family the next time he returns for a visit. He could stand to inherit a little of that DiMera edge. 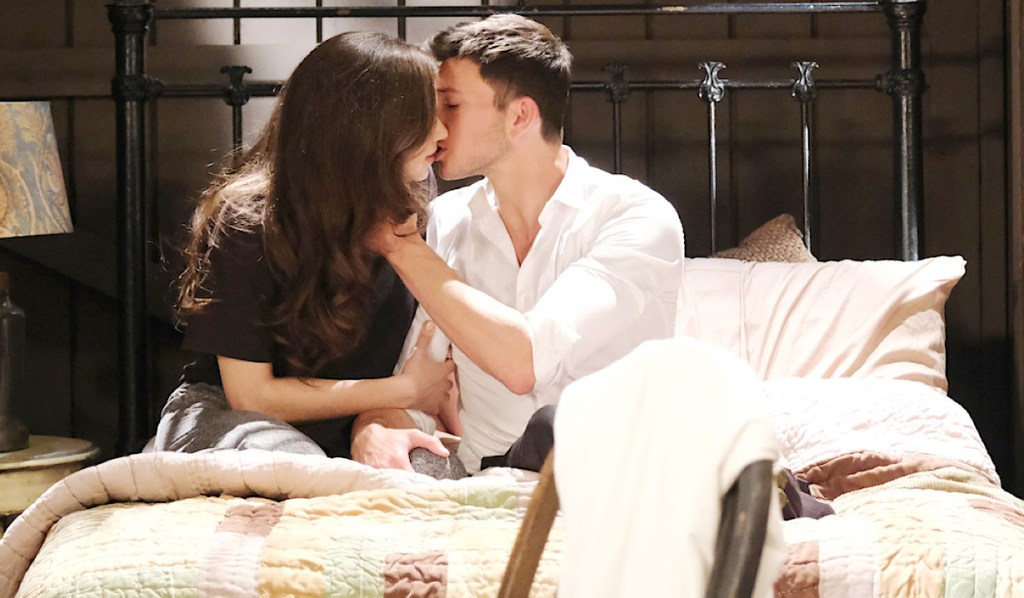 The more we watch Abe be a father to Lani the more heartbreaking it will be when he learns she’s not his biological daughter. Not that they will stop being family, they should always have that bond, but it’s bound to wound them knowing they aren’t blood-related as Tamara and Paulina allowed them to believe. Unless of course, Days pulls out some crazy twist that enables Abe to still be her father.

While Paulina, not Tamara, being Lani’s mother is a massive rewriting of history, it is good to see the Carver/Price family get more story after the Horton Square debacle. Now, Eli needs more purpose because he’s done little more than be a supportive husband to Lani lately. Not that I’m complaining about that part but Eli needs more agency. Perhaps, if Lani’s biological father surfaces, Eli will get involved in trying to protect his wife from Paulina’s unsavory ex, or maybe Lani will discover a half-sibling who has a past with Eli.

Speaking of the Prices, Marla Gibbs’ entrance with all the 227 references was super fun. More importantly, after they moved past the gimmick, her presence added depth to the scenes making me want to know more about Olivia and the story surrounding Lani’s birth. 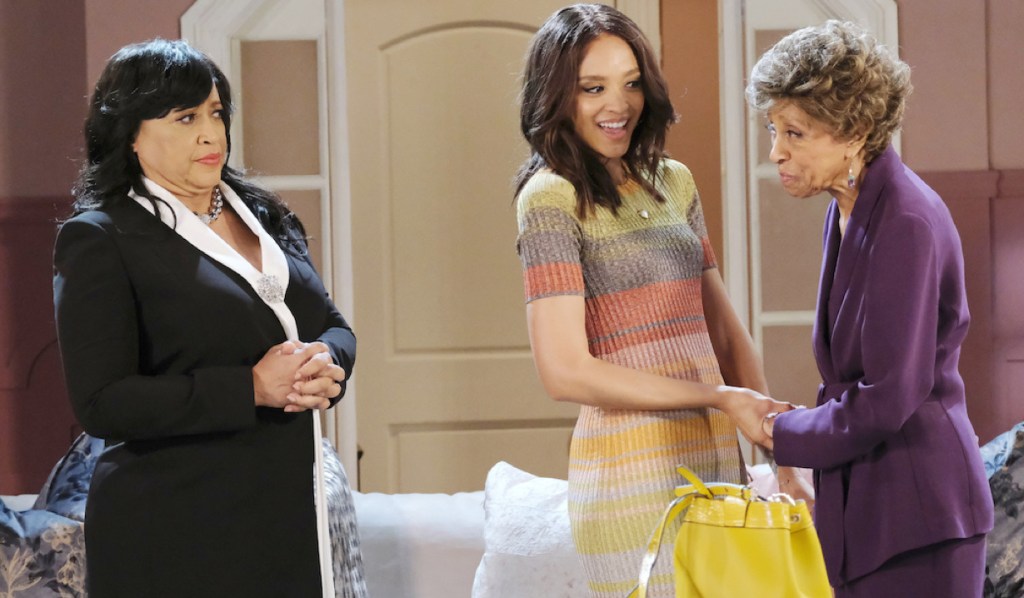 A snarky Chad is my favorite Chad. Well, that and Miami Vice Chad. So, watching him needle EJ has been a delight, and Johnny’s presence has only added fuel to his fire. But I don’t totally understand why EJ won’t at least consider a media division at DiMera. Not only does it sound like a good idea but you’d think he would want to try and make up for the years he and Johnny lost by supporting his son’s dreams. Instead, EJ’s acting like a true DiMera and trying to control everything, which does provide conflict. So, if that means more Uncle Chad vs. EJ, then I’m all for it. 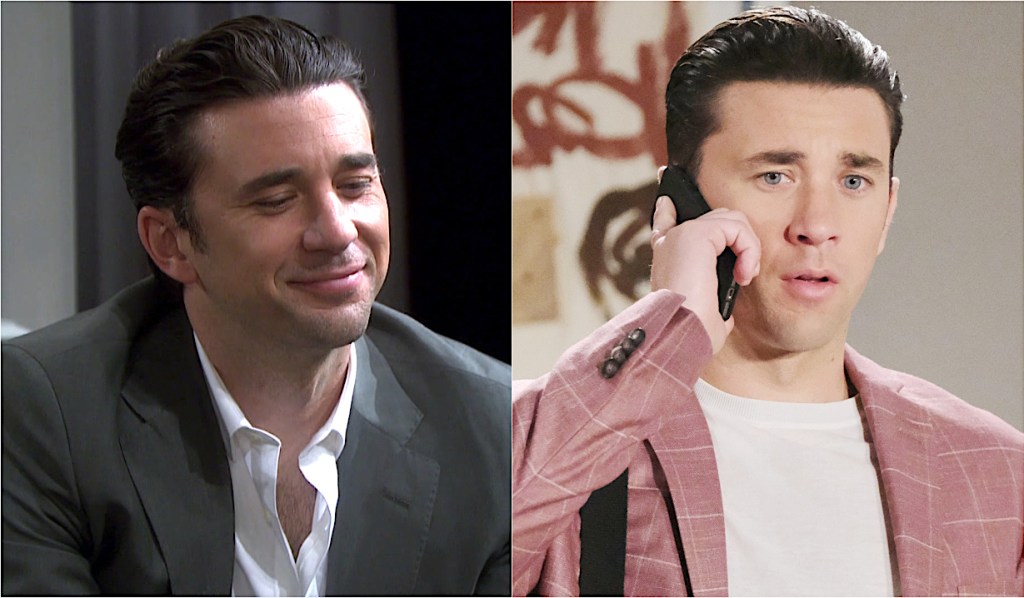 As a side-note, was Johnny never told Ben had been reformed? His brother Will, one of Ben’s victims, was Ben’s best man at his wedding to Johnny’s cousin, yet Johnny still acted like Allie was in danger upon getting a call from the Necktie Killer’s phone.

More: Get all the details on Days’ Beyond Salem spinoff 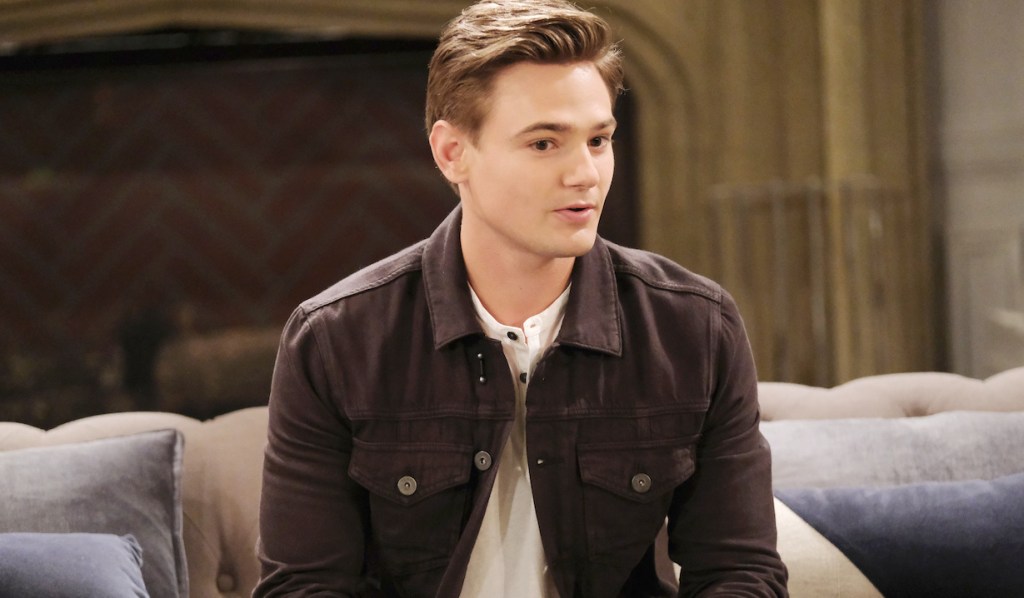 Taking One For the Team

Xander throwing himself on the sword for Gwen regarding Dr. Snyder and the drugs seemed a bit of a stretch. He and Gwen barely tolerate each other, even if they are attracted to each other. I get that he did it partly for Jack, but Jack really isn’t that great of a mate either. However, it does make some sense if you think about how much family means to Xander. He doesn’t want Gwen, or Jack, to lose out on it as he has. Hopefully, it leads to Xander and Gwen getting together already. It might just also lead to Xander and EJ teaming up, as next week’s spoilers suggest — and that has me intrigued. 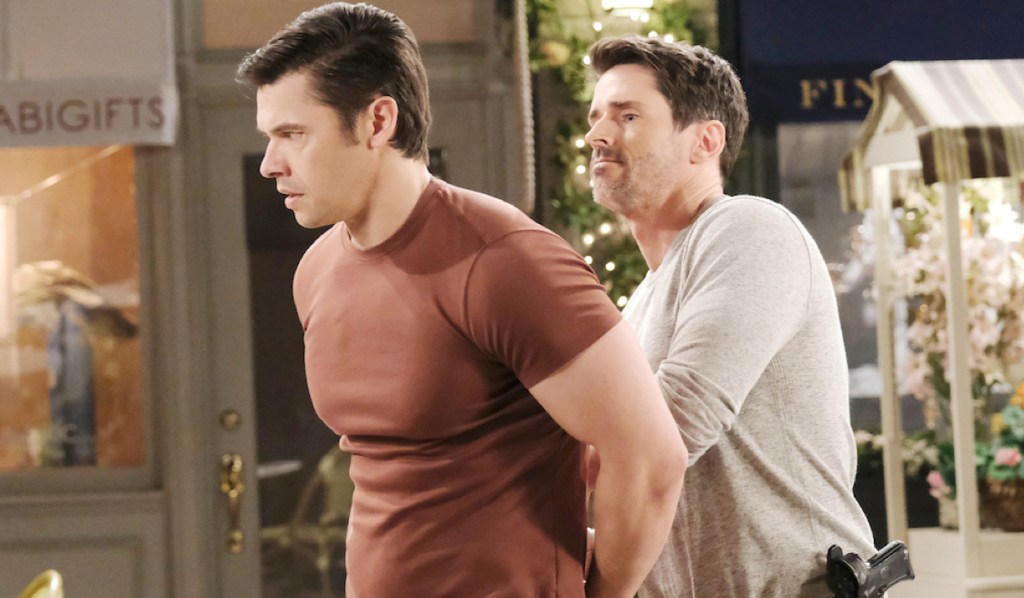 That’s all I got for this week. As always, these are just my opinions on the goings-on in Salem. What are yours? Share them in the comments below and then look through our photo gallery of Days actors and their real-life loves.

Days of Our Lives Delivered...

Allie and Johnny as Romantic Rivals...