Sami Got What She Wanted But Should Probably Start Worrying About Nicole’s Payback — Plus, Paging Dr. Rolf! 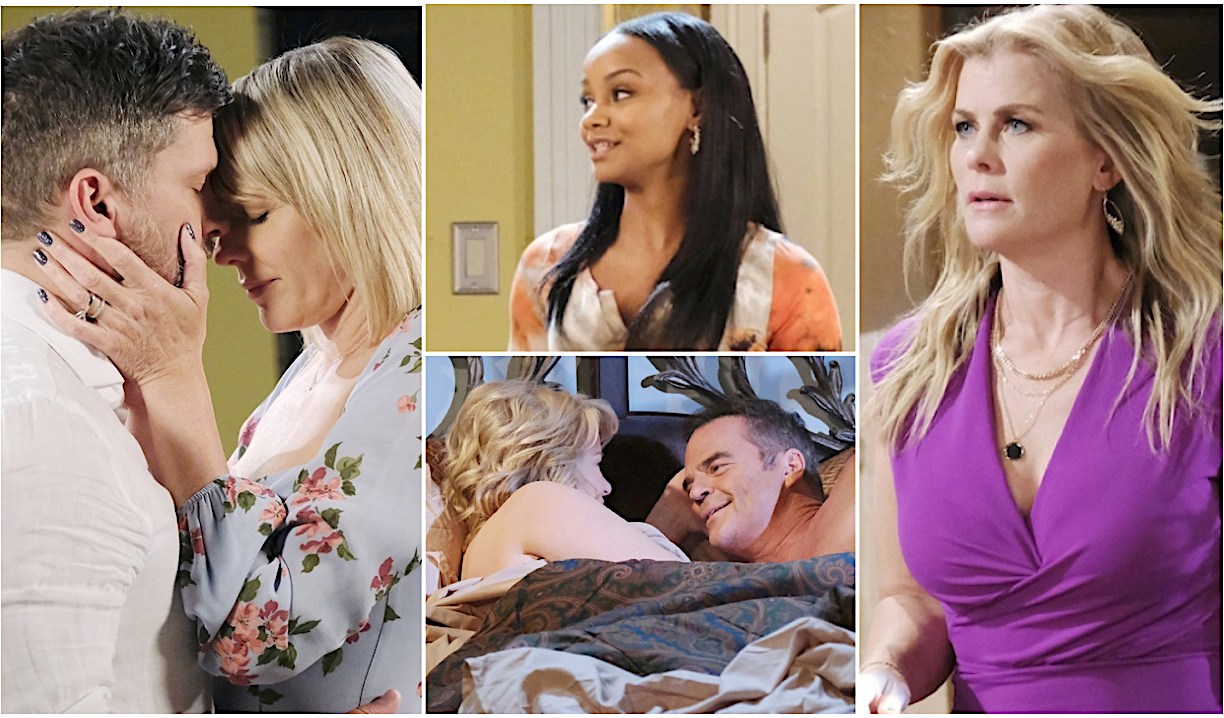 I covered all my thoughts on the Theo/Ciara/Ben situation last week and their episode this week only solidified them. Some of you agreed with my take on what I view as a toxic situation, while others… not so much. This week’s Days of Our Lives had a mix of other stories that included Eric’s return — and disastrous anniversary party— Justin’s questionable proposal, Lucas’ bold move and more… let’s get to it!

Where’s Rolf When You Need Him?

The only way Justin falling in love and proposing to Bonnie makes sense is, as others have pointed out on social media, that Bonnie is actually Adrienne. Maybe Rolf switched and brainwashed the doppelgangers, or even has Adrienne stashed away somewhere. Why? I don’t know. It’s Days. But it would certainly help us better understand why Justin all of a sudden thinks of Bonnie as family and is in love with her: He just feels it, because she actually is Adrienne and not the woman who once stole her life. Or, perhaps, they should have shown the audience how Bonnie actually earned Justin’s love and trust instead of just telling us. Not to mention, where are his kids opposing such a union? And, oof, Justin turning Bonnie down so he could be the man and propose? Um… okay.

So will Adrienne return to bust up Bonnie and Justin’s wedding? #Days

Back to Martinis and Manipulations

Eric’s back but that’s not exactly going well. Since Greg Vaughan has only returned for a brief run, it seems the obvious scenario will be that Eric will leave again once Nicole confesses what Xander said is true — that she cheated on him. I would like to see Eric reveal a secret of his own so Nicole doesn’t continue to beat herself up once he’s gone. Better yet, Nicole should return to her bitchier ways for a spell. She’s been good for far too long. I’d even like to see her move on with Brady, despite (or because of?) the messiness of him being Eric’s brother. Their scenes together always just feel right to me. But the big question is, will Eric be back? 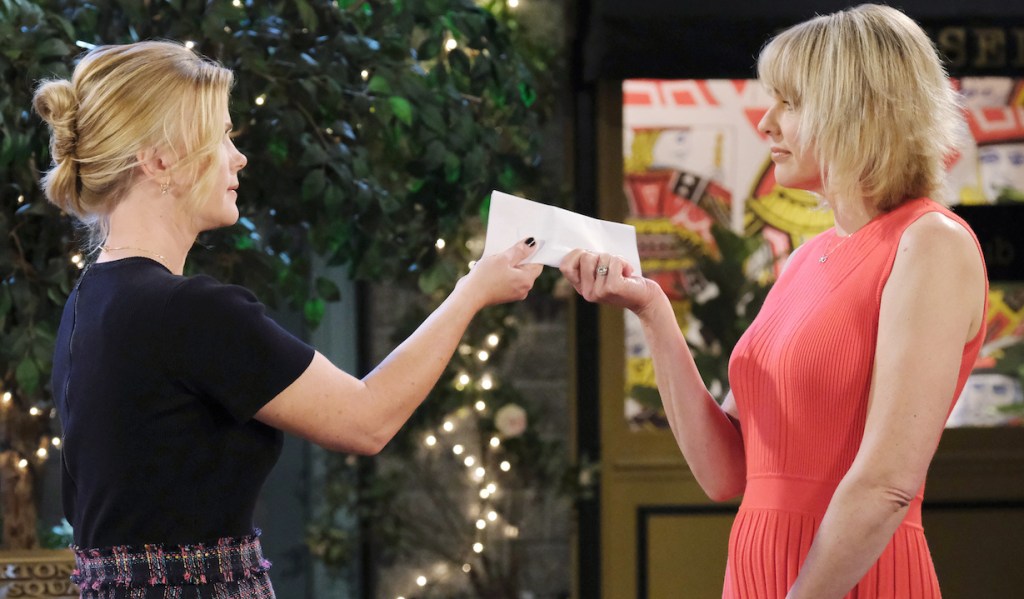 One way for Nicole to reclaim her old ways is to give Sami a little payback. Really, what else does Sami think is going to happen here? Not only is it super hypocritical — I mean, if anyone should be able to understand Nicole turning to another man due to feelings of abandonment, it’s Sami — but now that Nicole’s marriage is blowing up, won’t exposing Sami’s own infidelity be Nicole’s sole purpose in life? Samantha is a little too cocky assuming there’s no proof she slept with Lucas. It’s not like she watched Kristen’s letter burn. Sami really should have been more diligent.

Well here we go… all I can say is bring on Nicole’s revenge and I hope it’s a good one. #Ericole @Ari_Zucker @greg_vaughan

Speaking of the letter, Lucas turning out to be the one who retrieved it from the fireplace was a satisfying twist. Mostly because I’d like to see him do more than just pine for Sami, as entertaining as it has been. He needs more agency and to drive more action, which, being in possession of the revealing letter gives him. And Philip plotting with him? Perfection. It looks like Kate’s sons aren’t done teaming up, as Philip continues to scheme on Lucas’ behalf next week. And I can’t wait. 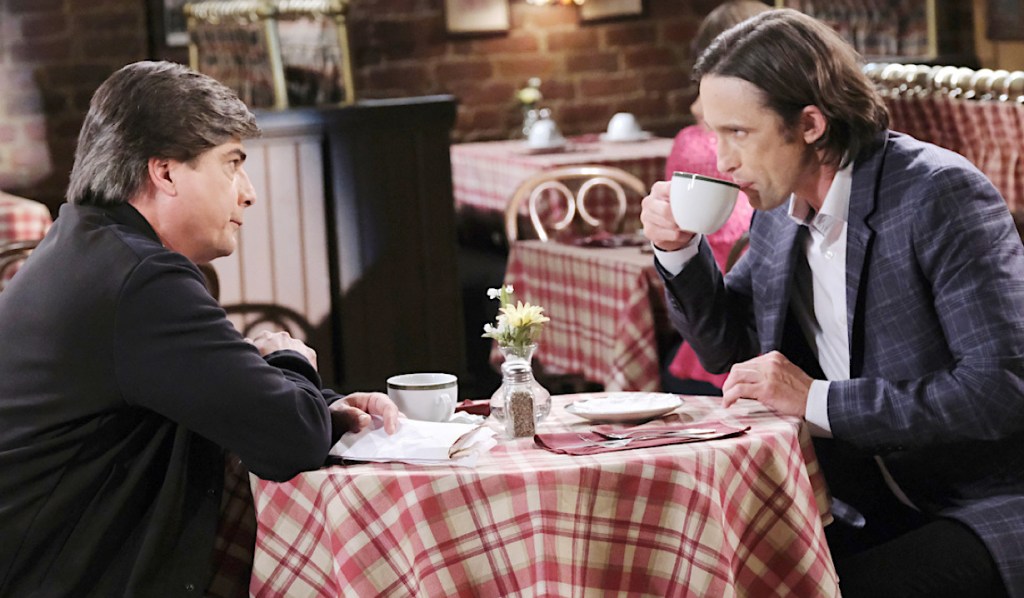 The first scenes of nuChanel last week proved her and Allie’s sweet dynamic hadn’t diminished. This week’s chemistry-filled moments cemented the fact that Chanel and Allie are the money couple in the triangle with Tripp. All the upfront honesty amongst the three of them is refreshing but it feels like Allie’s confusion is what led her to “choose” Tripp by sleeping with him. Tripp seems to detect that as well. It seems only a matter of time before Allie goes back for a third kiss with her best friend.

More: Get all the Days spoilers before the Olympic Break 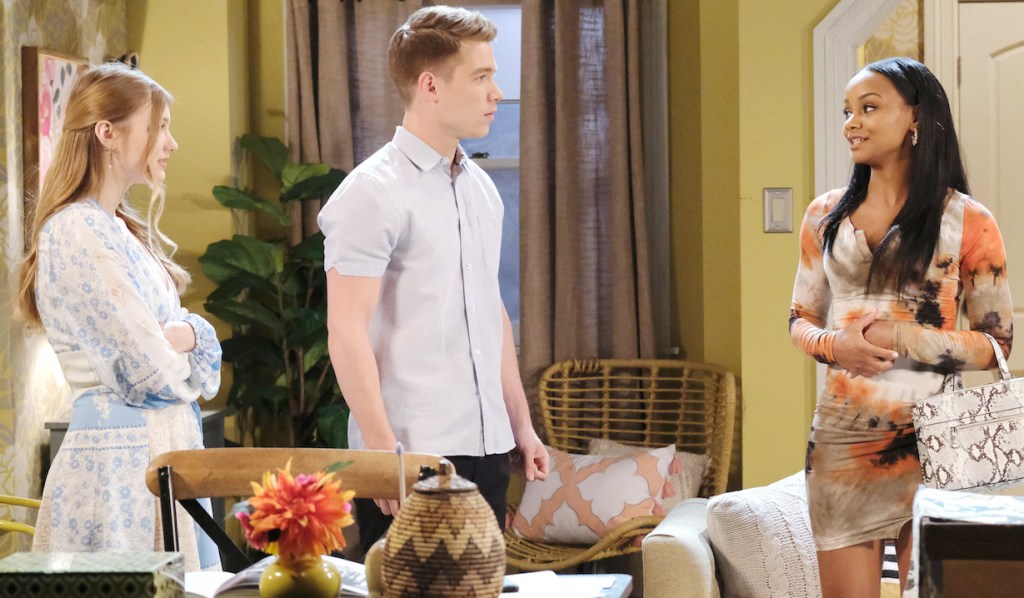 • Poor Claire. She’s been banished along with her parents. Perhaps they should have kept some of her fiery edge (pardon the pun) when they brought her back from the psychiatric hospital.

• Gabi and Jake’s brief time on screen was cute this week but I’m not loving her trying to oust Philip from Titan. It hurts my Phabi loving heart.

• Philip and Brady fighting over Chloe is super childish. Besides, Chloe does have a say in who she dates. None of them look good in this situation. More importantly, why is Days making all these high school references? Brady didn’t go to high school with them, right?

That’s all I got for this week. As always these are just my opinions on the week in Salem. Share yours below and then look through our photo gallery of soaps’ handsomest leading men of all time. And, if you haven’t yet, get your free daily soap-opera fix for Days of Our Lives — and all of the other daytime dramas — delivered straight to your email inbox by signing up for Soaps.com’s newsletter. 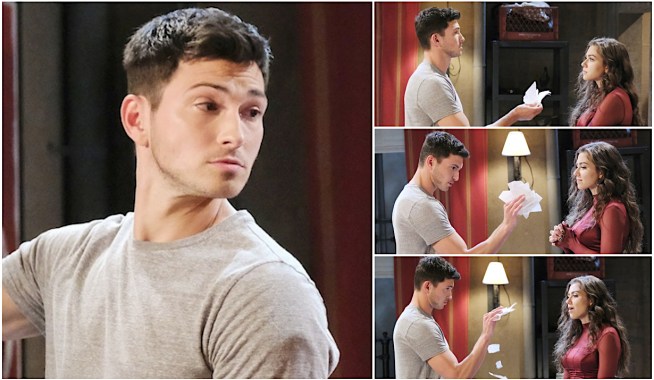 Days of Our Lives Is Ruining What Could Be a Classic Soap Reunion With Ben's Toxic Behavior, and We Just… Don't… Get It! 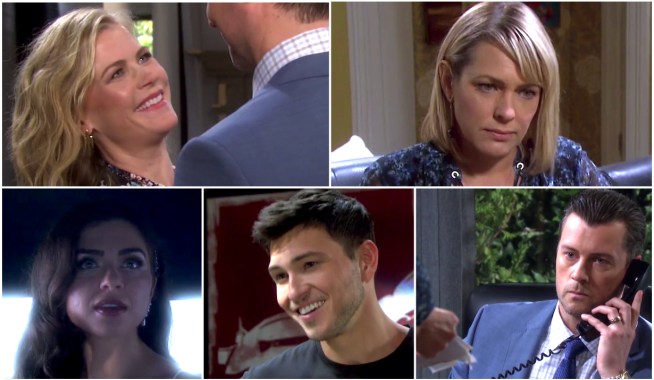