Days of Our Lives Is Ruining What Could Be a Classic Soap Reunion With Ben’s Toxic Behavior, and We Just… Don’t… Get It! 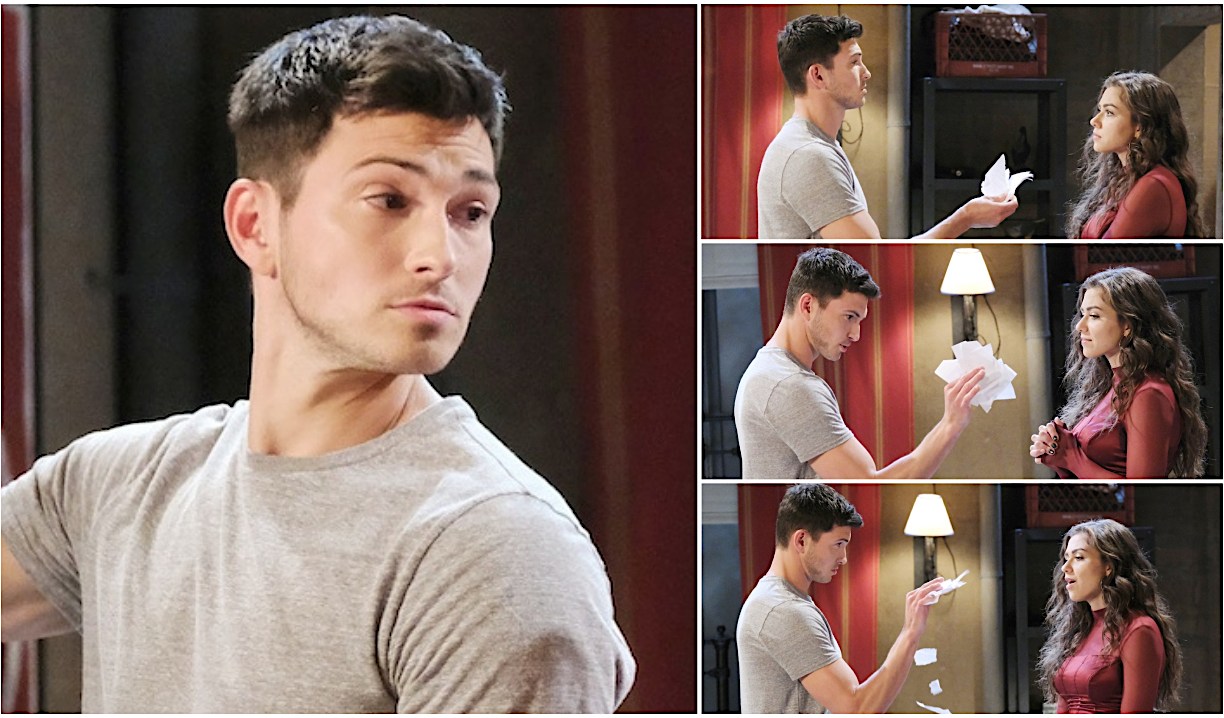 Last week, I was all prepared to enjoy Ben and Ciara’s playful banter as they battled over their divorce and she presumably started to remember the man she loves. Then Monday’s Days of Our Lives happened. Ben’s problematic behavior puts a huge damper on any fun or charm or romance this story has going for it. While Ben’s numerous onscreen cheerleaders are a bit much, many viewers (including myself) have accepted the former serial killer is now a loving, decent person. Why tarnish it just as ‘Cin’ is about to reunite? Let’s dive in…

Ciara, Ben and Theo Are a Mess

Ben trying to make his amnesiac wife remember him is everything a classic soap story should be. It has longing, heartache, romance, history, chemistry, anticipation. Yet, it’s also seriously toxic, taking all the fun out of Ben and Ciara’s highly anticipated reunion.

I don’t care how confident, flirtatious and unafraid they write Ciara, it doesn’t make up for how troubling they’re writing Ben. It was bad enough he tried to force Rolf’s serum on her after she was first rescued. But this week, he locked her in his apartment and told her he wouldn’t let her leave. The camera zooming in as he turned the deadbolt should have come with a trigger warning because those aren’t the actions of a man in love. They are the actions of a man trying to exert his control. 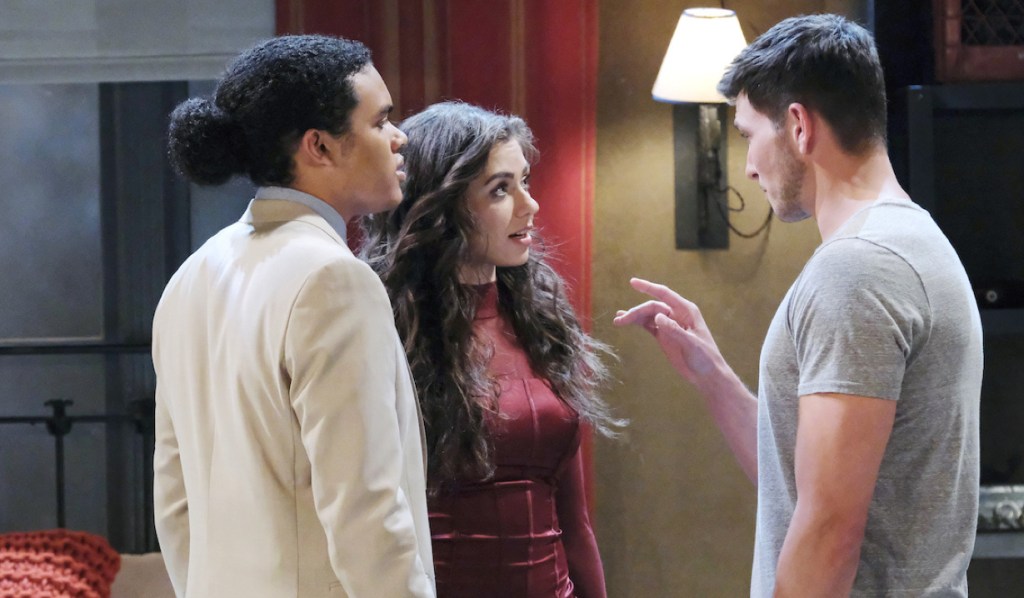 We could have had cute run-ins all over town as Ciara started to see Ben in a new, charming light while he gave her space to either remember their love or fall in love anew. Instead, we get, as Ciara said, Ben cruelly making things difficult for her. His need to make her remember him is understandable, especially since he has zero purpose without her, but he’s not listening to anything she’s saying. It’s all about him. If he was even the tiniest bit remorseful or self-aware over the things he’s done in the name of getting his true love back, I’d be a lot more inclined to root for him.

If #DAYS were a Lifetime movie, Ben would be the psycho husband who gets killed off in the last ten minutes of the film. #DaysOfOurLives

As for Theo, while he isn’t trying to trick Ciara or keep key information from her, he should definitely be taking their relationship much, much, much slower. If he can’t understand why it’s a bad idea to marry someone who went through serious trauma and doesn’t remember two years of her life, someone should lay it out for him instead of enthusiastically congratulating him. And where’s Hope doing the same for Ciara? Thankfully, Shawn tried to convince his sister being with Theo was a bad idea because Ben is her soulmate, but shouldn’t he have instead encouraged her to skip the wedding so she could take time to process everything that just happened to her?

Like with Ben, a line or two of Theo pondering the implications of what he’s doing would go a long way in making him more sympathetic. Mostly though, Days should have just let Theo be part of the Chanel/Allie/Tripp storyline. Why else make Chanel and Theo exes?

Let’s end this quickly so Theo can move on to better things. I want him in Dimera mess! #Days

• Kate and Lucas both now live in a room above Brady’s Pub. Gabi and Jake moved in with Rafe and Ava. The Salem Inn has presumably closed for demolition thanks to Price Town, but is there no other hotel in town? No corporate housing to stay in?

• Kristen raped Brady’s brother, stole his and Theresa’s embryo, and tortured numerous other people in his life, but Brady’s line in the sand is her defacing a photo? 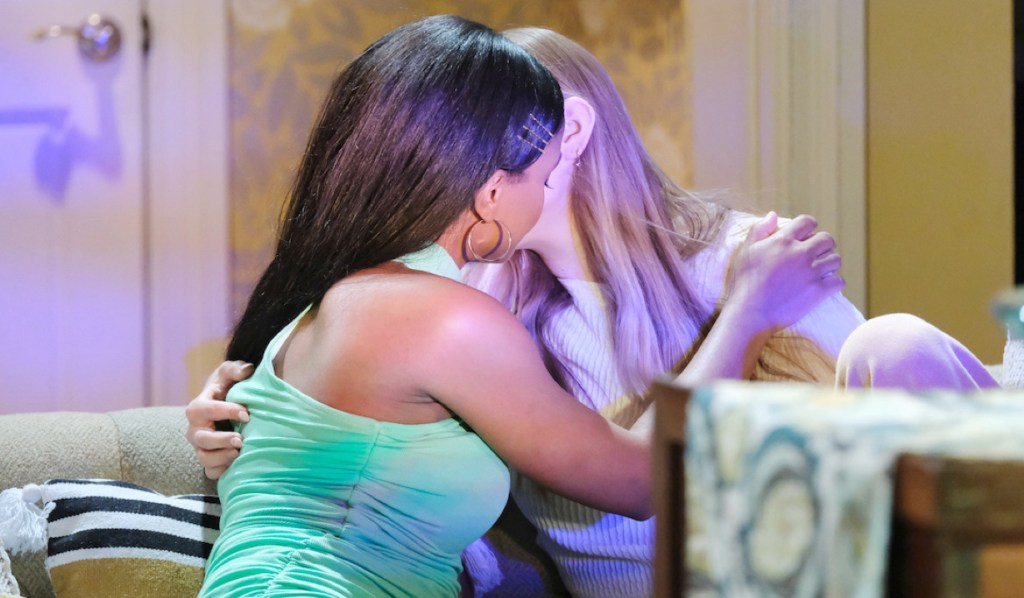 • Raven Bowens picked up with Chanel right where Precious Way left off. The chemistry is still there with Allie and I’m all in. Tripp who?

• I really thought Gabi and Jake were going to use Kristen’s letter as leverage against Sami, so I was pleasantly surprised Gabi jumped into protective mode and prevented Jake from showing it to EJ. Especially in light of Gabi’s vicious sparring with Kate, it’s nice to see Gabi, and Sami, have a female confidant.

These are just my thoughts on the week in Salem. What are yours? Look through the photo gallery of the worst soap opera exits of all time and then sound off in the comments! 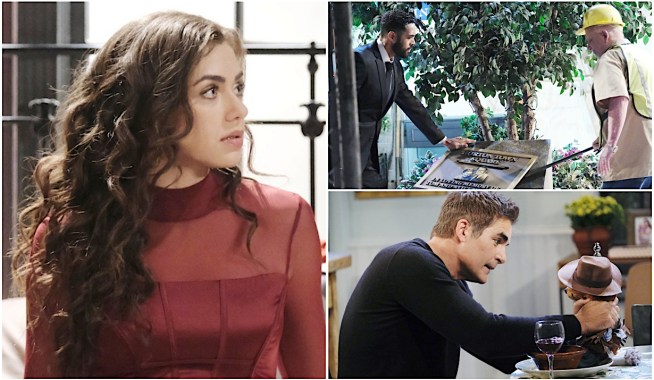 Days of Our Lives' Ciara Protested Way Too Much and Paulina Dared to Demolish Horton Square — Plus, Rafe Should Have Finished the Job With Duke

Sami Got What She Wanted But Should Probably Start Worrying About Nicole's Payback — Plus, Paging Dr. Rolf! 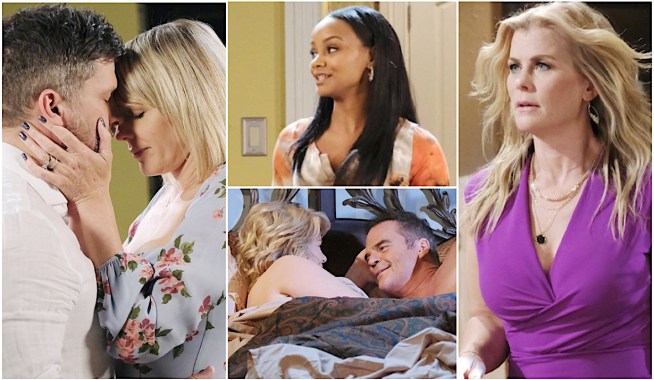