It Was a Short Week on Days of Our Lives but EJ’s Return Left Viewers on an Exciting Cliffhanger — Plus, Will a Recast Cause More Problems For Elani? 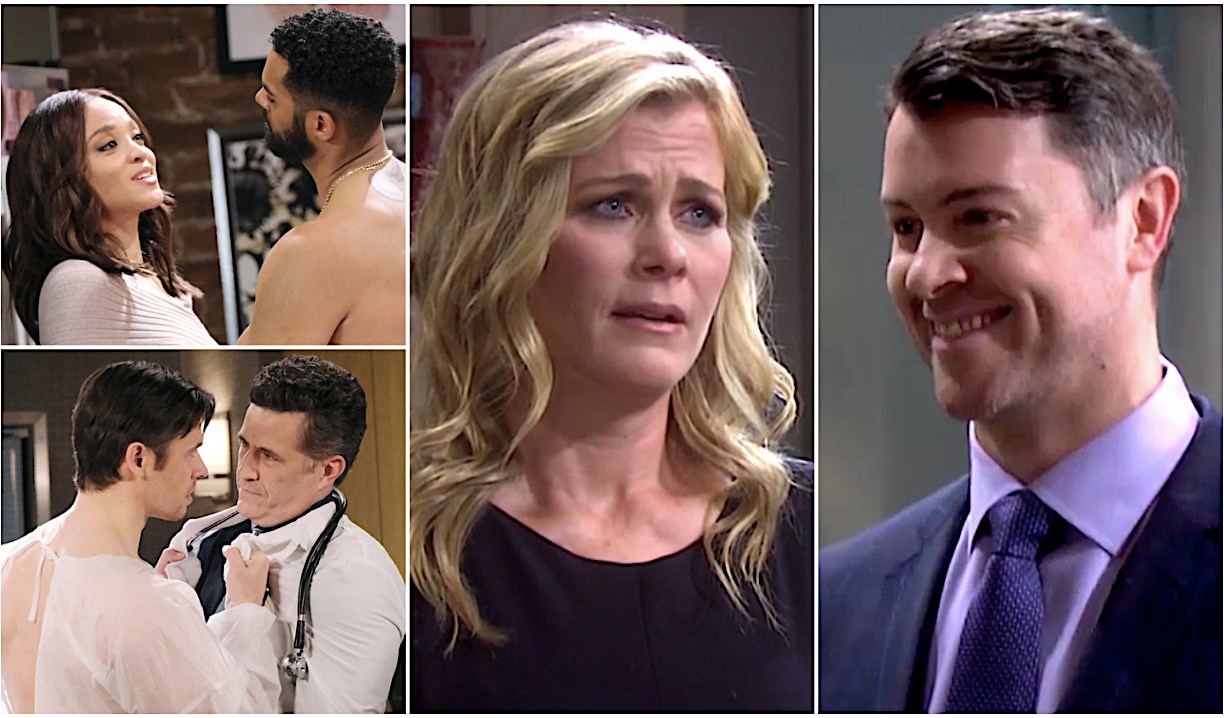 There were only three episodes this week, but Days of Our Lives still managed to pack a lot of drama in. So, let’s get right to it…

EJ finally hit Salem this week, but not until the very end of Wednesday’s episode, leaving us on a great cliffhanger. I’m super interested to see the chemistry between him and Sami now that EJ is being played by Dan Feuerriegel. To no fault of the actors, a recast can definitely change things for established couples. If James Scott returned to the role I’m pretty sure I’d be all for EJami working on their marriage, but now I’m not so sure. Because I don’t know how they’ll play on-screen, but also because Lucas and Sami have been such a delight to watch lately. I’m loving Lumi, especially after Lucas’ romantic speech, but I know EJami has a fiery, irresistible pull. I don’t know what to think or who to root for, which makes me all the more invested.

When was the last time #DAYS or any soap did a REAL triangle where we didn’t know how it would turn out? Lucas/Sami/EJ is primed to give us that perfectly soapy triangle that could either way. https://t.co/Kzmzr36Jhm

I know Days was pressed for time this week, but I wish Belle hadn’t been released from prison off-screen. We only learned about it when Marlena relayed that information to Claire, after learning about it herself during a one-sided phone call. In fact, nothing from the climax of Claire and Chloe’s rescue was seen this week. Is Jan really in a coma? Is Chloe still in the hospital? Is Claire having nightmares about her ordeal? It looks like we’ll get back to it next week, but I would have liked a little more immediate wrap-up to the Jan situation.

Keep Your Clothes on Eli

Despite Eli constantly dropping his towel around Chanel, I only get a big brother/little sister vibe from them, which I really like. Not that I blame Lani for being a little suspicious, but I just don’t see Eli cheating, especially with her cousin. That could all change though when Raven Bowens takes over the role. I’m happy for Precious Way who booked a new job, but I’ve liked her from the start and will miss her on Days.

I’m really hoping Eli and nuChanel don’t exude romantic chemistry because I don’t want to see Elani in a cheating storyline. However, I am wondering if the story will be, rather than Eli cheating, Lani’s jealously will intensify, she’ll for some reason believe Eli cheated, and lash out by cheating herself. Although, no one immediately comes to mind for her to do that with unless the Grants’ apartment is Xander’s next stop on his Salem tour.

Cook, Xander Cook is Back

Speaking of the couch surfer, it was a nice touch having Xander use Cook as his last name instead of Kiriakis when he confronted Dr. Snyder. Yes, he broke with the Kiriakis side of the family, but I took it to mean he was truly reverting back to his bad boy ways. But not too bad boy. He is only threatening the pill pusher because Gwen is his only friend’s daughter and he doesn’t want anything bad to happen to his mate, Jack. He’s a softy at heart, but it is fun to have devious Xander back — in or out of a paper hospital gown.

Damn it man. I LOVE it when #Xander is diabolical. I want more #days

• Is Paulina’s secret plan to tear down Horton Square and build condos… or something else?

AHA! My theory is correct I think! Paulina wants to do what Elijah did on GH, buy all the space and sell it to Big Box. #Days

• Is John still having rage issues?

• Nicole saving her confession email to Eric in her drafts is totally going to bite her in the butt later on, right?

• Also, Nicole already has a lot going on in her personal life, is she now going to enter a triangle with Rafe and Ava? Rafe’s growing concern for Nicole certainly makes it look like a possibility.

These are just my thoughts on the week in Salem. What are yours? Tell us in the comments below and then look through our photo gallery of daytime’s cutest kids. Get your free daily soap-opera fix for Days of Our Lives — and all of the other daytime dramas — delivered straight to your email inbox by signing up for Soaps.com’s newsletter.

A Surprising Third Option in Days of...

Days of Our Lives' EJ's Return Has...