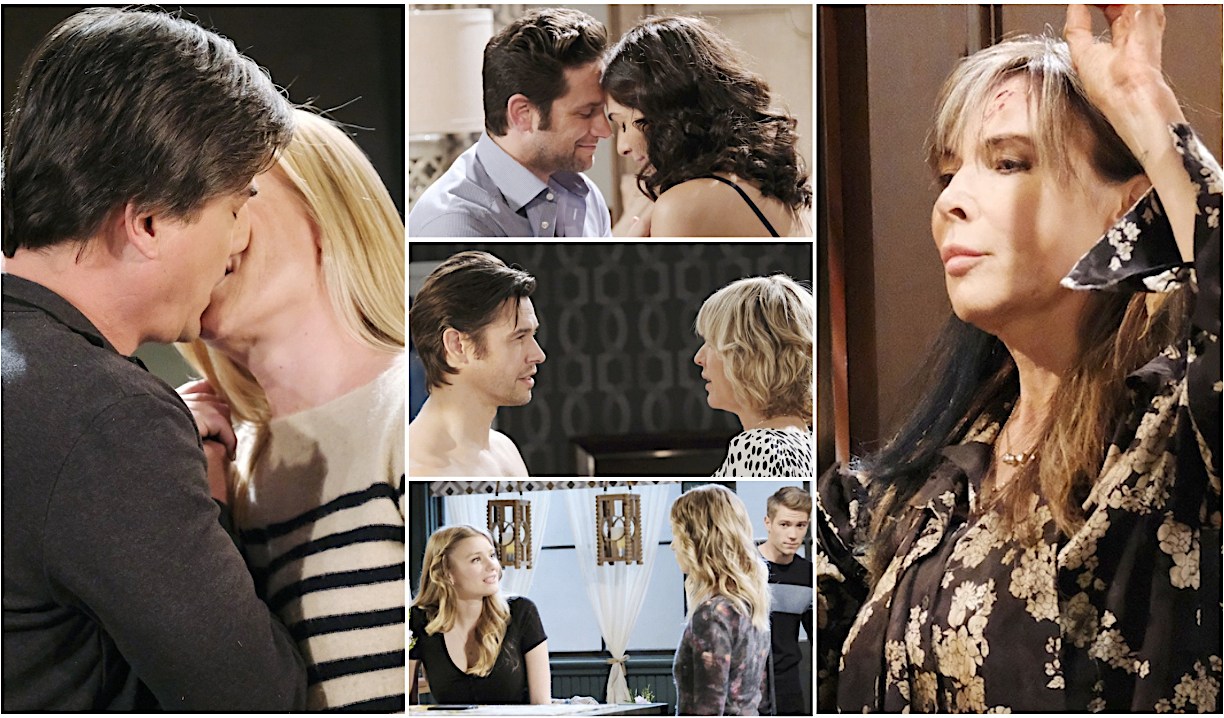 The biggest thing to happen this week is, of course, that Days of Our Lives has been renewed — for two years! It’s great news that gives the show, and fans, longer than usual breathing room. The other focal point was the continuing trend of humor. Salem has been a fun place to be, proving stories can be enjoyable while still maintaining the tension, just without all the constant trauma. Although, there’s still a few things to nitpick.

Should We Even Care Anymore?

As much as I appreciate the lack of heavy drama lately, it’s super weird that Chabby/Gwen scenes are so far and few in between. Are we supposed to care what happens when they haven’t been on in over a week? Same for Charlie’s murder. I’d like to see that storyline in particular wrapped up ASAP but it really breaks up the momentum when it’s only addressed once a week — if that. Not to mention, Shawn and Belle deserve so much better.

Back to Chabby, or at least the Abby part of that pairing, my biggest question is: Will Abigail ever find out how much damage she caused by leaving that syringe in the cellar? Maybe I missed something but the syringe Kristen has been wielding seems to be the same one Abigail planned to use on Gwen. At the very least, it’s the one Kristen injected Sarah with, kicking off her stabbing frenzy. It’s getting as bad as the masks, leading me to wonder where Kristen is getting new doses of the drug. Are vials available near the registers at the mask warehouse she frequents?

Birds of a Feather 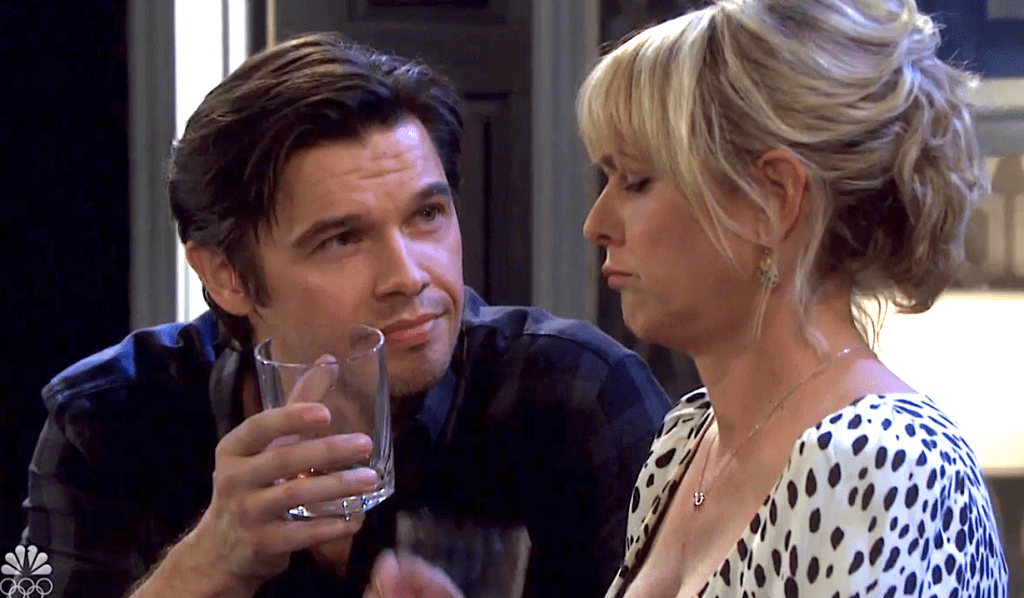 I originally thought Xander’s heartbreak continued to be the gift that kept on giving, as his drunken antics led him to bond with Jake and sleep with Nicole. It was all good fun especially as the drunker he got, the thicker his accent became. He even gave Nicole some hard truths about Eric that I absolutely agreed with.

Their hookup was great fun and I wouldn’t mind seeing Nicole let her bad girl side out again, but her pointing out Xander’s past crimes against women reminded me Xander shouldn’t be a character to root for. Then, when Nicole was so clearly devastated over what she had done and needed to “wash the stink off”, I really had to re-think my stance on Xander. I mean, he’s only rootable because of Paul Telfer’s portrayal and it looks like the former cager of women could continue down his destructive path next week. I just hope he doesn’t go too far down this rabbit hole, rendering him utterly despicable. Hopefully, at least, Arianne Zucker will get some meaty material to mine as Nicole navigates her future.

Nicole walking away from Rafe barely able to hold back crying is a killer. 😭😩😭 This woman needs LOVE in her life! #Days 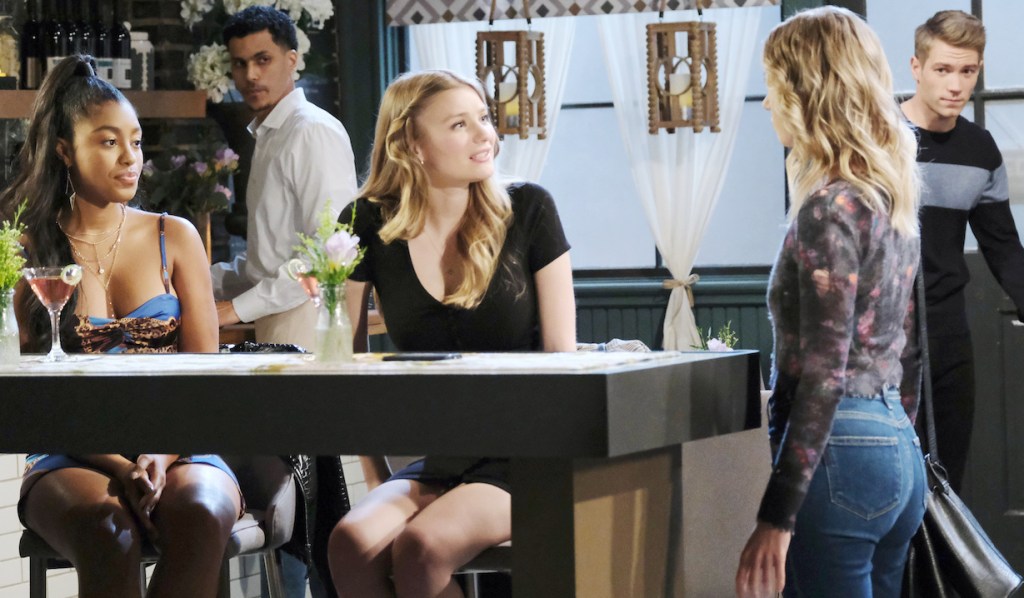 The twenty-somethings colliding at Julie’s Place led me to hope for a fun, carefree Salem summer. After Allie’s rape and Ben’s heartbreak over Ciara, they could all use a light breezy storyline. And there are so many possible configurations with this set. Ben, Claire, Allie, Tripp, and Chanel are all so good and have chemistry, it doesn’t even matter who ends up with whom. Add in Ciara’s upcoming return and maybe Theo joining her, and the possibilities are endless. One hope I do have, as Dustin also mentioned in last week’s blog, is that Days doesn’t forget that they established Chanel is not into labels. It’s the most progressive thing they’ve done in a long time and it’d be a shame if Chanel and Allie’s kiss was just a one-off for shock value. 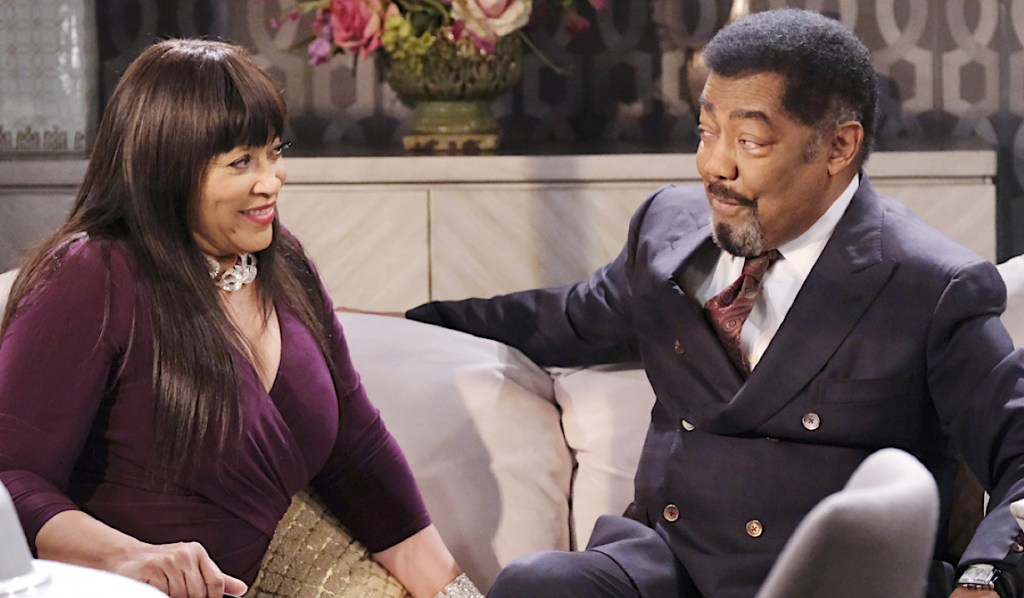 • I’m thrilled Jackée Harry has been put on contract and I can’t wait to find out what Paulina’s real plan is for Horton Square. Like with Chanel’s sexuality, I hope Days’ commitment to diversifying Salem has substance.

• Poor Kate. She survived Kristen only to find her man in bed with someone else. As she said, it’s only been two days in soap time, Jake. Have some restraint. Jake and Gabi’s reunion was super hot, and then sweet, but now that Jake found Kate passed out, does anyone else think he will stay with her out of guilt? I hope that even if he tries, Kate sees right through it and walks away unfazed.

• As cute as Rafe and Ava were on their date, Steve is absolutely correct about his psycho ex. Rafe shouldn’t look twice at her, especially since he’s a cop.

• I love, love, love Sami and Lucas hooking up again. It’s fun, it feeds into their history and it sets up a great story for EJ’s return. Though more than one Twitter poster pointed out their walk down memory lane avoided using the word rape while recalling Lucas, Sami, and EJ’s history.

EJ raped Sami. She didn’t sleep with him, he RAPED her. It’s 2021, please call it what it is and stop trying to brush it under the rug. Let Sami finally deal with what happened to her, and let her move on from her rapist. @nbcdays @daysofourlives #DAYS

These are just my thoughts on the week in Salem. What are yours? Share them in the comments below and then look through our photo gallery reliving Lucas’s past romances and struggles. 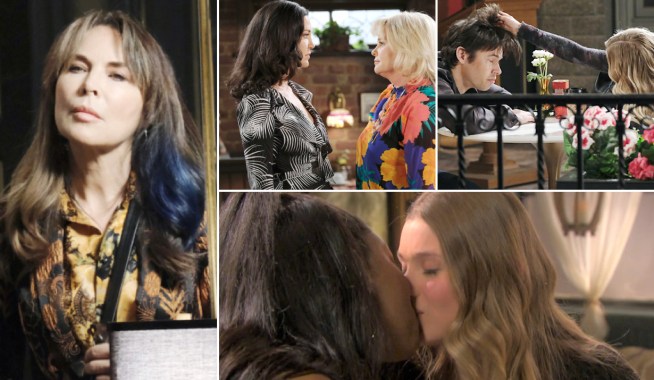 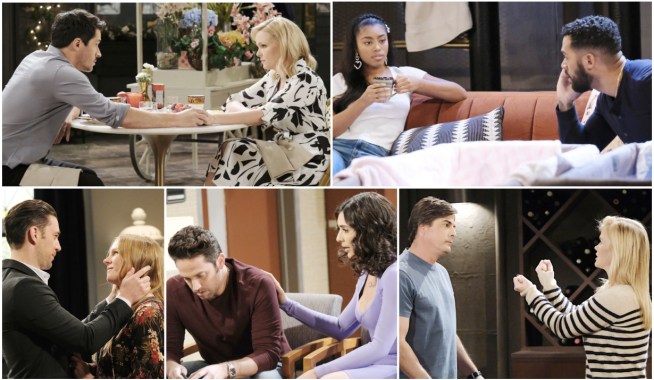