The Days of Our Lives Story Everybody Sees Coming and Nobody Wants — Plus, the Controversial Twist That Should (But Won’t) Come Next 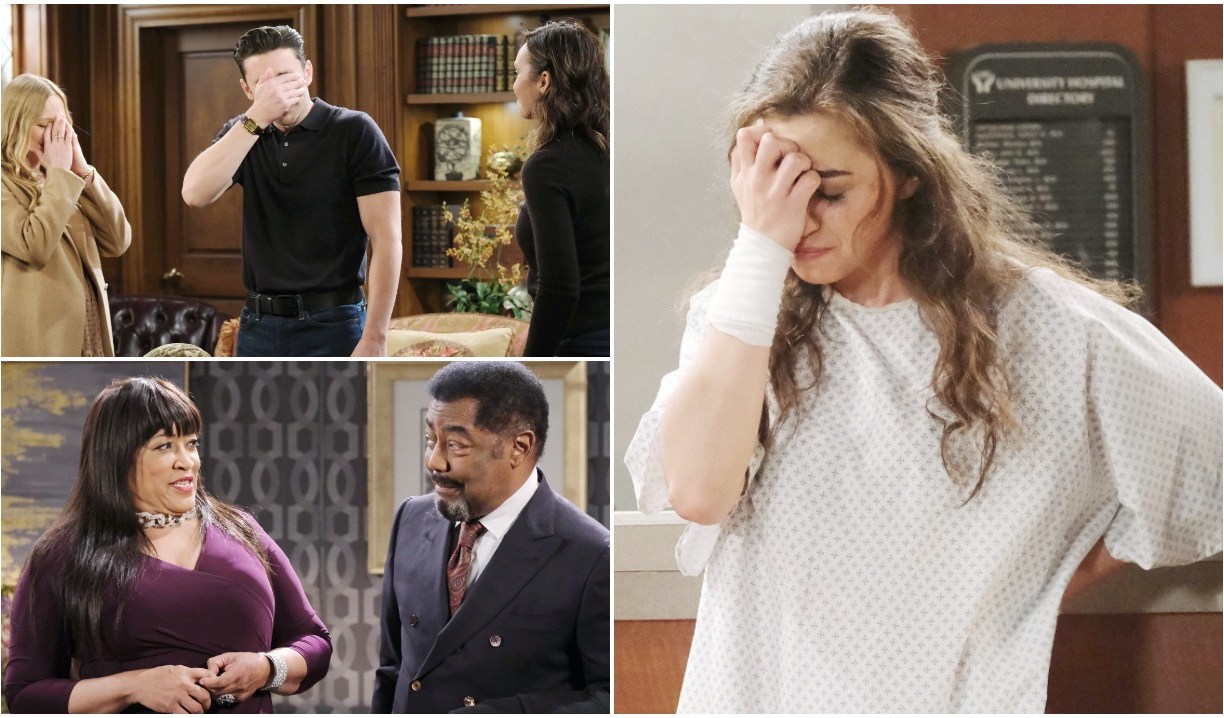 Regular readers know I love nothing more than a messy soap-opera plot. But when I say that, I generally mean complicated love triangles and layered family dramas, not one character literally throwing up on another. Turns out, we got both on this week’s Days of Our Lives. New girl Chanel made a friend, Ciara remembered all the wrong parts of her past, and Gwen… well, let’s just talk about her, shall we?

When Is A Spoiler Not a Spoiler?

I’m one of those people who immediately starts gagging when someone else throws up, whether in real or reel life. Usually on soaps, they’re fairly kind and the actual act is done either off screen or discreetly. But if there’s one thing Days ain’t, it’s subtle, so when Gwen… yeah, I can’t even type the words without feeling a little nauseous. 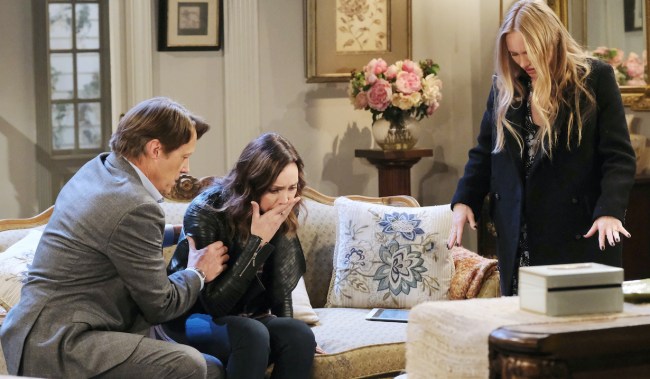 I mean, who thought this was what people wanted to see on a soap many people watch while eating their lunch? I did, however, laugh when Abby started insisting that her sister had somehow mastered the art of vomiting on demand. Does one list that under “special skills” on their resumé?

Maybe the show felt it needed that shocking moment to make up for the fact that absolutely no one in the viewing audience would be caught off guard by Gwen’s pregnancy. Even before she bedded her sister’s hubby, fans were predicting the tryst’s outcome. And to say they have been presumptively displeased ever since would be like saying the surface of the sun is warm.

Now, technically, we haven’t gotten past the stage of Gwen wondering if she might be pregnant, but both common sense and next week’s spoilers tell us where this is headed.

What Definitely Will Not Happen Next

If Days wanted to really shock the audience, it would allow Gwen to have an abortion. I know, I know, despite this being 2021, we’re not even allowed to utter that word (and some of you are no doubt already firing off angry responses). But were this an English soap like Hollyoaks or EastEnders, there’s a good chance that’s the direction this storyline would be headed. American soaps, however — living as they do in fear of offending absolutely anyone — refuse to tell anything even remotely resembling a modern story.

Gone are the days when soaps dared to tell stories touching on every social issue from AIDS to homelessness… and the genre is less powerful and relevant because of it.

So instead, we have Gwen going on an apology tour even as Abby becomes increasingly unwilling to accept that her new sibling is anything less than full-on evil. It’s a pretty blatant attempt to make Gwen appear more sympathetic, which is a tough nut to crack given her past actions.

But imagine if the Brit were to quietly have an abortion, telling only her confidant (aka Stefano’s portrait) that she’d done so in order to avoid causing Chad and Abigail any more pain. “This child,” she might say, “was not conceived in love and would do nothing but tear my newfound family apart.”

Were it to be a truly modern, borderline revolutionary story, this would not turn into a plot about the consequences of her having an abortion. She would not be punished by the fates, and her secret would not be used against her down the line. It would simply be a pain she carried with her, shared only with the audience and, when the time was right, perhaps some future romantic interest.

But abortion — like bisexuality and non-generic religious services — is essentially a non-starter in daytime.

That said, huge kudos to the writers for having Paulina say she wants to turn the Horton Town Square into a multicultural marketplace. In just a few short weeks, Paulina has done more to champion diversity than pretty much every other soap character combined over the past two years. Here’s hoping that as she talks the talk, Days walks the walk by having her vision come to life on screen. 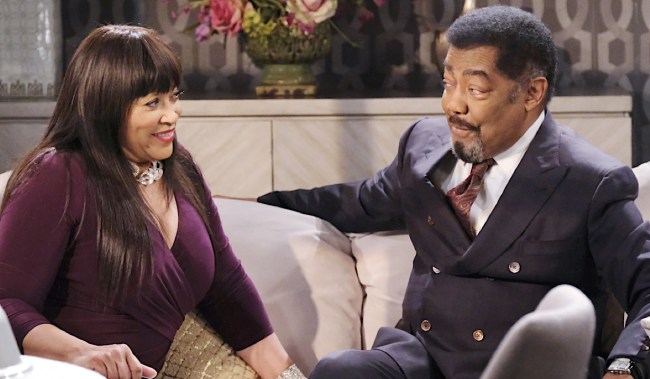 More: Next week’s Days of Our Lives spoilers

• It cracks me up how casually everyone in Salem talks about their friends and loved ones being hypnotized by Marlena. Theo told Julie that Ciara was about to get the Marlena Evans Special and the girl’s grandma acted as if he’d said “I’ll have a turkey club.” Meanwhile, poor Ciara found out that her best friend tried to burn her to a crisp and she’s married to a serial killer. How they kept her from bolting out of both that hospital and Salem, I don’t know! • I’m intrigued by the Xander/Chanel possibilities. I laughed aloud when, upon finding his kilt, she mused, “Maybe I should have asked you for your pronouns.” And the way her eyes lit up when she realized her drinking buddy was a rich executive? Yup, there’s a lot of fun to be had with these two troublemakers!

• The more Shawn insists he’s going to find mom Hope and bring her home, the more I wonder if we’ll soon be getting news of a recast. Having spent more than a little time pondering that possibility, check out this list of 10 actresses we think could be up to the challenge of playing the iconic character.

That’s my take on this week’s two big plots… let’s hear yours. After hitting the comment section below, make sure to visit this awesome photo gallery in which we flash back to some of your favorite soap stars before they were… well, soap stars. Trust us when we say a few of these pics will have you looking closer and asking, “Wait, is that really…?” And yes, it really is. 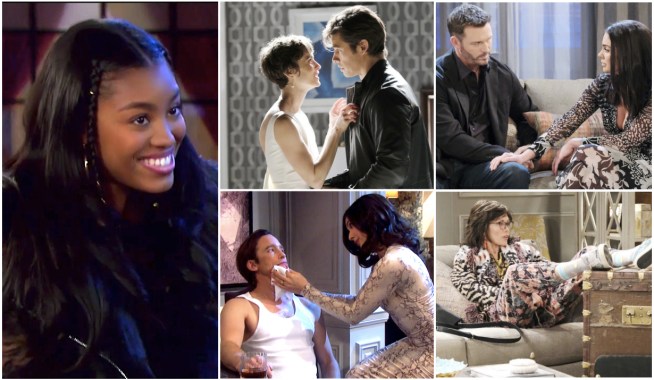 It's About to Be a Whole New Days of Our Lives as the Stage is Set for EJ's Return, Philip and Gabi's Potential Pairing, and Xander's Possible Rebound With [Spoiler]

Ben's Quest to Make Ciara Remember on Days of Our Lives Tarnished More Than Just *His* Relationship — Plus, This Week's Most Well Adjusted Couple Isn't Even a Couple... Yet 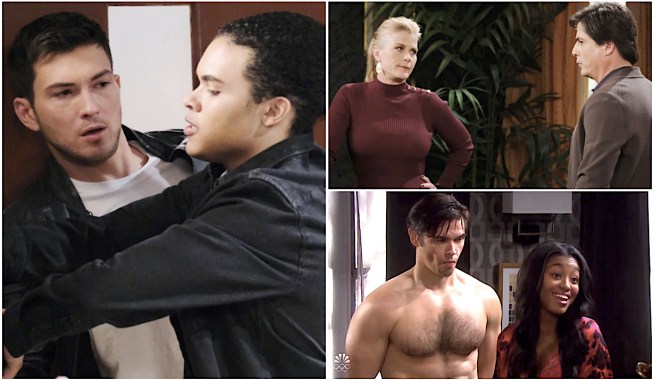