Days of Our Lives’ Ciara Shocker Changed Everything — Plus, the Tag-Team We Never Saw Coming 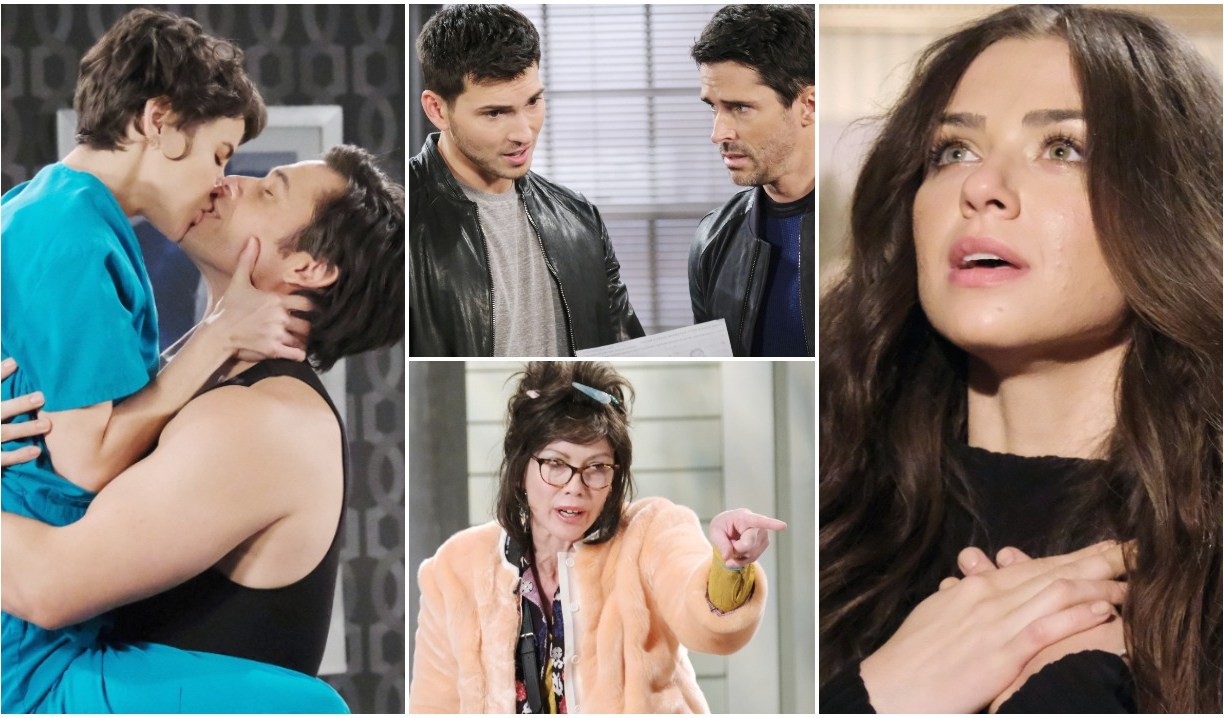 With a shocking twist, Days of Our Lives majorly upped the stakes in the Ben/Ciara storyline by essentially turning the missing beauty into a hot potato being tossed from hand to hand. And with various Salemites wagging their finger at — and threatening to do away with — Charlie, we got one step closer to what I’m hoping will be a fun-filled whodunit. Clearly, we have a lot to discuss where this week’s episodes are concerned, so let’s dive right in, shall we?

I’ve said in the past that as much as I love the chemistry between Robert Scott Wilson and Victoria Konefal, the Ben/Ciara story fell flat for me pretty much from the moment she was declared “dead.” The audience knew she wasn’t, and watching Ben grieve for someone we knew to be alive felt more like treading water than an actual story. I also wasn’t really feeling the “psychic connection” stuff because that’s never been my kind of story. 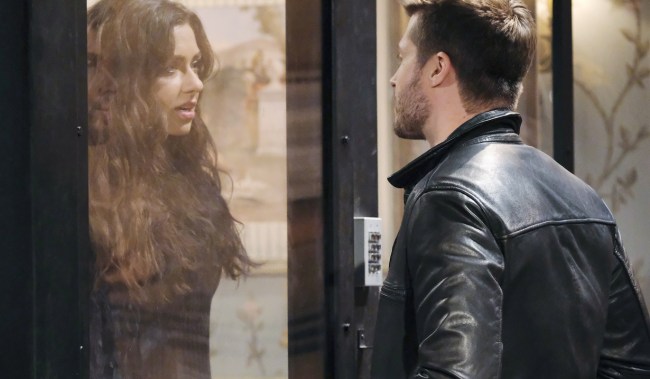 That said, when it turned out that captor Vincent was dead? That piqued my interest. And when Rhodes was unexpectedly shot — mid-threat, no less — I literally gasped at the genuinely unexpected twist, something we get so rarely on modern soaps. Vincent holding Ciara prisoner was predictable, but removing both him and hired thug Rhodes from the equation changed the game entirely. Now, I’m invested.

Heck, I’ll even try not to complain too much when Ben and Ciara start doing their version of a Vulcan mind meld.

Frenemies Till the End 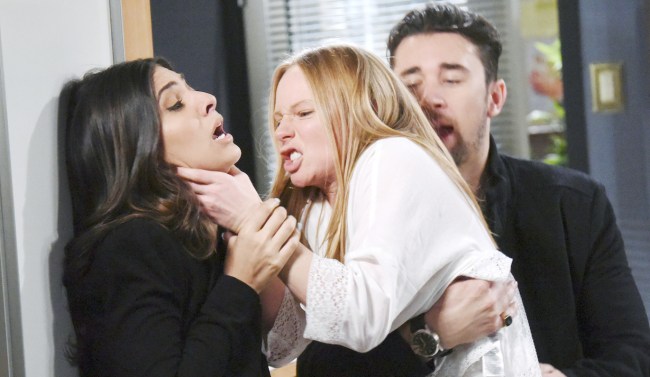 Yes, yes, the scene in which Gwen knelt at Laura’s grave and apologized was nothing more than an attempt to make us soften toward the Brit… but it worked, at least on me. Of course, nothing justifies the awful things that Gwen did to Abigail and her loved ones. But there’s something wonderfully tragic in the fact that mistakes made decades ago by everyone in both Gwen and Abigail’s lives — Jack’s affair, Laura’s cover-up, Tiffany’s drug-fueled demise — changed the fate of the sisters.

I’m also a fan of the uneasy alliance forged by Abigail and Gabi against the woman they see as a common foe. It’s that whole “the enemy of my enemy is my friend” thing, and it’s one of my favorite soap tropes. Over the years, we’ve seen it used with The Young and the Restless’ Jill and the late Katherine, Bold & Beautiful‘s Brooke and the late Stephanie and General Hospital‘s Sonny and the late Julian.

Hmm, here’s hoping it’s a long time before we have to type “the late” before the names of either Abigail or Gabi!

The whole Susan/Kristen story makes zero sense to me for one simple reason: Neither woman’s actions are believable. After everything Kristen has done to Susan over the years, why would the goofy doppelgänger agree to switch places? Shouldn’t she assume that once Kristen was free, she’d simply leave Susan behind bars to rot? 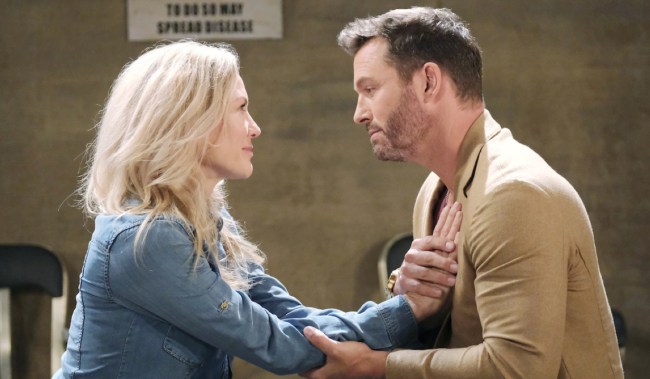 Kristen has Brady’s heart… even if she has to rip it out of your chest to prove as much!

And what’s Kristen’s big plan once she’s temporarily sprung? I suppose she could reveal herself to Brady and grab some sexy time, but what then?

More: What the heck is Brady thinking?

I’m a huge fan of Stacy Haiduk, who is one of the most talented actors working in daytime. But a little of the Susan schtick goes a long, long way for me, and Kristen is simply not a viable character as currently written. And what are we to make of Brady being with a woman who stabbed his grandfather and was so jealous of him spending time with Chloe that she broke out of prison and held a gun on her perceived rival?

Brady’s long been unlucky in love, but it feels like this time, he needs to take a little advice from “The Gambler”: Know when to walk away, and know when to run. 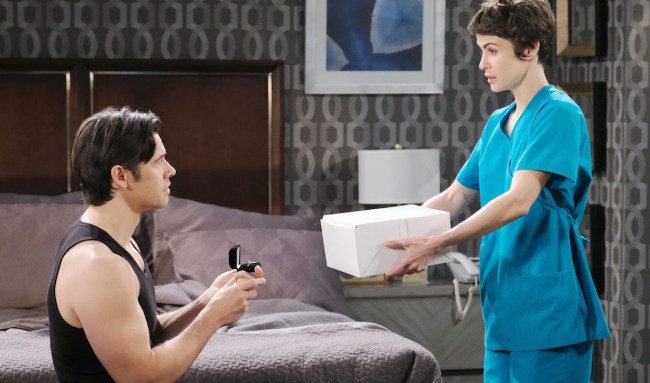 Double the proposals, double the fun.

• Sarah and Xander’s double proposal was downright adorable. Paul Telfer and Linsey Godfrey have the kind of chemistry that soap producers and writers only wish they could create at will. Of course, now that Xarah are engaged, it’s only a matter of time before they hit a bump in the road. My hope is that when it arrives, it will be in the form of something that creates the necessary drama for the pair while also allowing them to maintain their fun, playful relationship.

• The scenes in which Gwen flat-out called Charlie a rapist were very much needed by some audience members who’ve found this story off-putting. Better still was Gwen saying that women “do not make false sexual accusations for attention” before listing all the supposed reasons Allie might have done so when Charlie suggested his victim could be crazy. “Yeah, that’s it, right?” said Gwen, her eyes blazing. “Crazy, or a man-hater. Or an attention whore, or just a regular whore, because we all know she’s not telling the truth, right?”

• Last week, I questioned the point of the story in which Eli and Lani’s twins were kidnapped, given that there seemed to be no real fallout. This week didn’t offer up any enlightenment on that topic, and I’m beginning to think I was right in thinking the whole thing was more plot point than actual plot.

As we wrap up this week, I’m already eagerly anticipating next week’s episodes of Days of Our Lives. Why? Because we’re headin’ for a murder mystery! As a longtime fan of soap mysteries in general — and the mystery-centric Edge of Night in particular — I’m looking forward to watching this unfold. Hey, maybe Sarah and Xander will get to put their sleuthing skills to use again and try cracking the case! As we wait to see, why not check out this gallery recounting the newly-engaged couple’s love story? 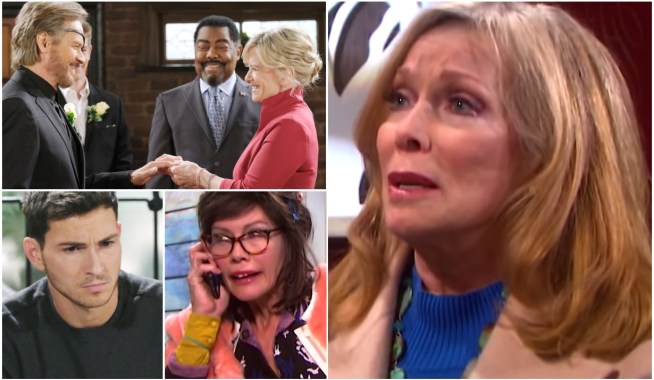 How Days of Our Lives Shook Things Up With Sami's Killer Return — Plus, How Ciara's Not Playing by the Soap Rules 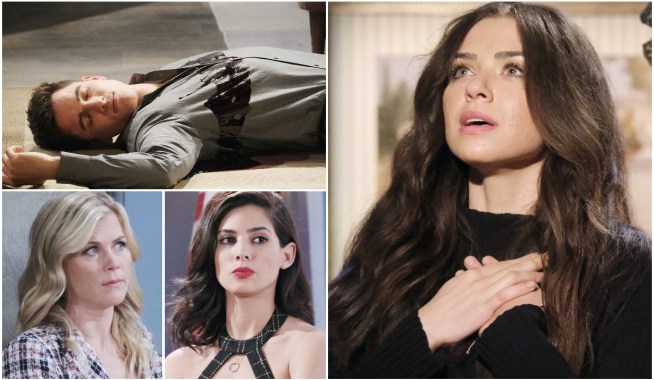