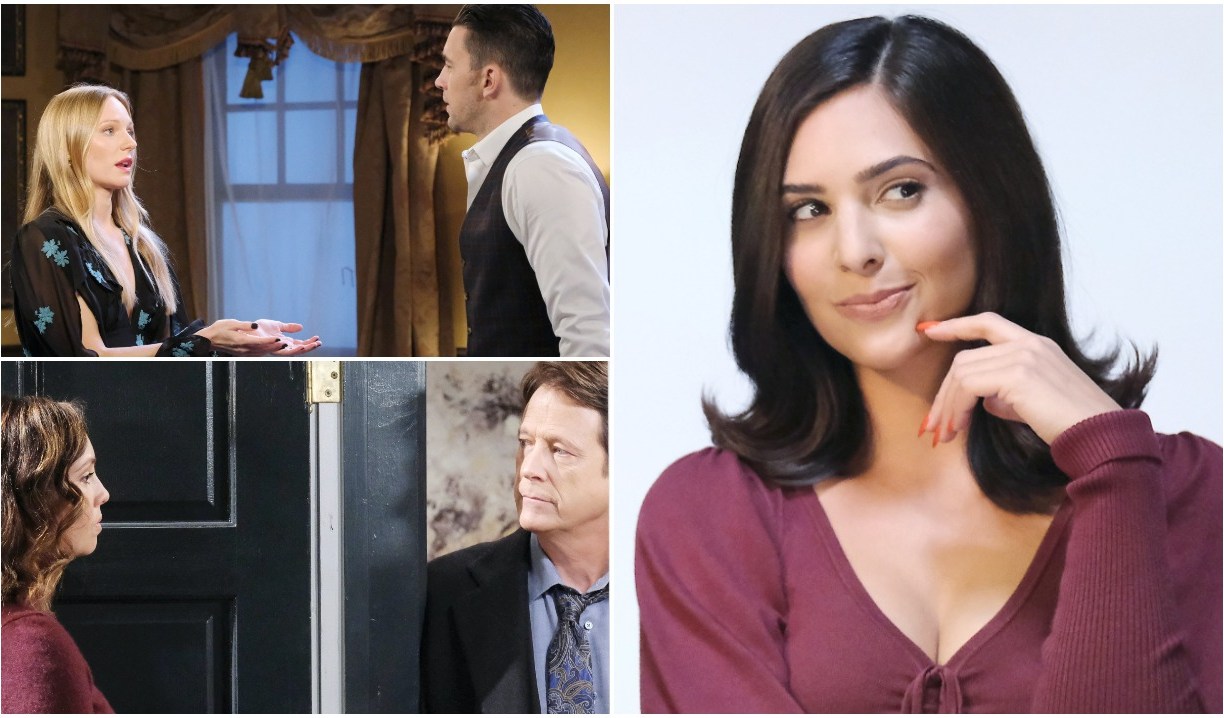 There’s something wildly cathartic about a soap character saying exactly the words we, as viewers, have wanted to say for weeks. That moment can be every bit as satisfying as seeing one of our favorite couples finally give in to passion or a storyline at last pay off. We got a great example of that during this week’s episodes of Days of Our Lives… as well as a “twist” that we saw coming a mile away. Read on, and we’ll talk about this week’s best and worst moments.

I’m pretty sure we were meant to gasp when Gwen revealed herself to be Jack’s daughter, but aside from my friend Natalie — who is 96, very much enjoys her vodka and sometimes mistakes Gwen for Rachel Maddow — that wasn’t the case.

What did y’all think she was an alien? #days 👽 https://t.co/maM5K6iGzH

Rather, this was definitely a storyline where the audience was about 10 steps ahead of the characters. We were all looking over our shoulders shouting, “Ugh, hurry up!” as Jennifer, Chad and nearly everyone except Anna (aka the smartest person in Salem) continued to trust Gwen. You know those scam calls you get, saying, “The IRS just realized they owe you a lot of money, but I need your Social Security number and bank account for verification purposes”? These people would totally fall for it.

Meanwhile, the sister Gwen set out to ruin did a little destroying of her own when she took a wrecking ball to Chad’s lame excuses for having slept with the nanny. Chad did himself no favors by trying to insist that he found Gwen “repulsive.” I mean, guys try the whole “I wasn’t even into her” defense all the time, but how exactly do they expect it to play out?

HIM: Babe, seriously, she’s nothing. Less than nothing. I could barely stand to look at her.

HER: Wow, I didn’t realize the sacrifices you made in order to cheat on me. You’re such a brave little toaster. 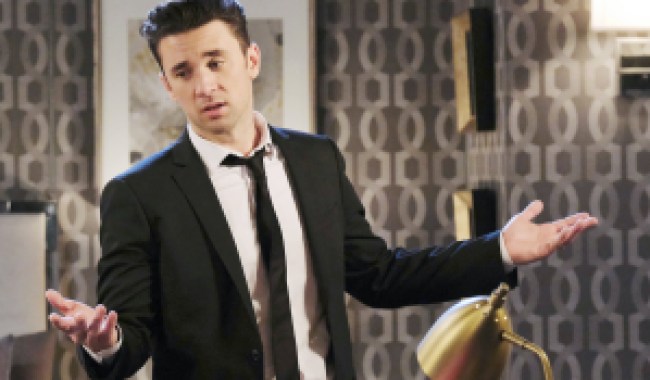 In this case, it played out spectacularly, because Abigail was having none of it and instead read her newly-estranged spouse for filth. When Chad explained that he’d cheated because his own insecurities had led him to believe Gwen’s lies, Abigail did a whole-body eye roll.

More: Is this how they’ll redeem Charlie?

“What are you insecure about?” she asked. “Am I that stupid? Am I really that shallow or reckless that I would risk ruining our marriage? Would I risk putting my children through losing that marriage, all because I wanted to have some stupid fling with a man that you despise, knowing full well that you would find out about it? Or maybe you thought I was losing my mind again, in which case I don’t understand why the hell you wouldn’t get me help rather than get yourself drunk and get in bed with the damn nanny!”

Translation: “What kind of moron are you, Chad?”

I’m pretty sure I wasn’t the only one cheering her on.

These days, the umbrella story we talk about the most is the one involving Allie’s attack, but a quick look around the canvas shows just how tightly woven the Salem community is. For example, take Xander. Sarah’s beau has been trying to bust Philip, whose plot to launder money for Ava has potentially put both Chloe and Brady in danger. Meanwhile, Xander — who was called in for questioning regarding Eli and Lani’s missing babies — is one of Charlie’s employers at Titan and even gave him romantic advice regarding his early pursuit of Claire.

More: The Sarah/Xander story we didn’t know we needed 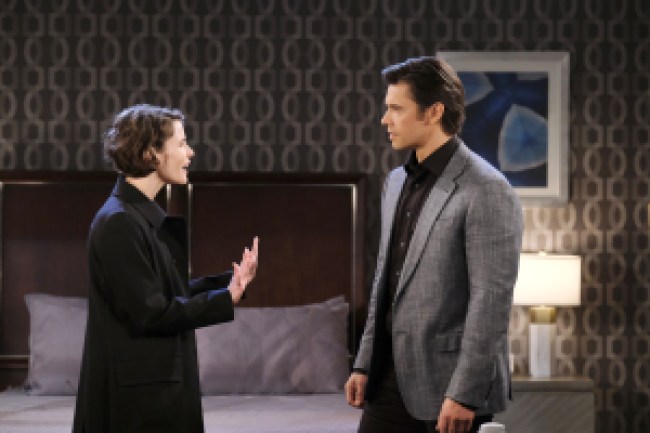 “Yes, yes, I get it. You’re very popular and I’m lucky to be dating you. Is that what you wanted to hear?”

You could play a similar game with characters on The Bold and the Beautiful with one major distinction: While the Logan and Forrester clans certainly share ties — some too close for comfort — rarely are they played simultaneously. It’s actually hard to think of a Days of Our Lives character who isn’t currently involved in a storyline, which definitely is not the case with any other currently airing soap.

You have to love a character who struts into a room as if she owns it. What makes Gabi so fascinating is that she acts like the most confident person you’ll ever meet despite being a bundle of insecurities. She’s a million dollar check backed up by a bank balance of $48.73.

Speaking of money, you can’t buy the kind of chemistry Camila Banus (Gabi) and Brandon Barash (Jake) share. I kinda hate saying that, because I’m such a fan of the Jake/Kate relationship that I wish I could be blind to the writing on the wall where they’re concerned. I do, however, like that the show doesn’t make any bones about the fact that Kate is significantly older than Jake. (As Gabi so indelicately put it while trying to define Jake’s relationship, “It’s been a few decades since Kate could be called a girlfriend.”)

More: Gabi’s plot to win back her man

Kate and Gabi are two strong women who aren’t afraid to play dirty, so let the games begin and may the best woman win. 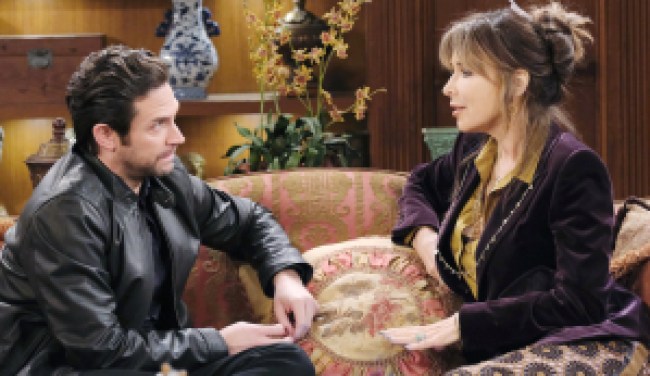 Quote of the Week: “Taking this job to stick it to someone you don’t like is totally in accord with the spirit of the company and the family.” — Kate of Jake taking Chad’s position at DiMera Enterprises

• When Tony said that it had been 25 years since Kate was trapped on a fishing boat — the story which saw Lauren Koslow step into the role about a year after Deborah Adair’s exit — I thought they’d rewritten history for some reason. Surely it couldn’t have been that long ago? But danged if it didn’t turn out to be true.

• The scenes in which Maggie’s cruelty led Bonnie to lash out were superb. No other soap plays its vets — Suzanne Rogers has been with Days of Our Lives since 1973 — as regularly, and not just as talk-tos for the younger cast. Judi Evans reminded us of exactly what a powerhouse she is, and it was interesting to see that the more upset Bonnie became, the less like Adrienne she behaved. When Bonnie picked up one of Maggie’s precious figurines, I know I wasn’t the only one shouting, “Do it! Smash it!”

I mean, it’s not just me who thinks those things are ugly, right?

As we close out another week, why not share your highs and lows in the comment section? Then visit this photo gallery in which we celebrate Drake Hogestyn’s 35th anniversary at Days of Our Lives with a massive photo album of his adventures as John Black. 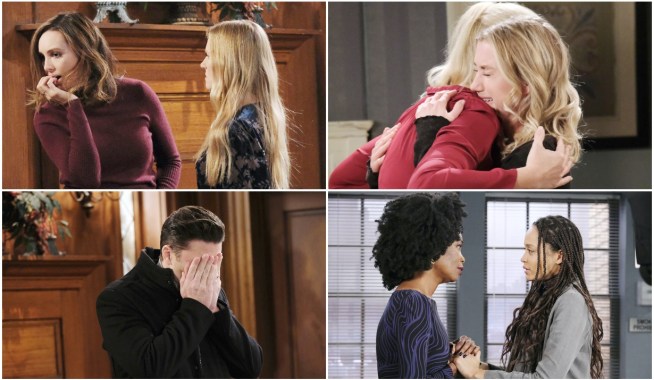 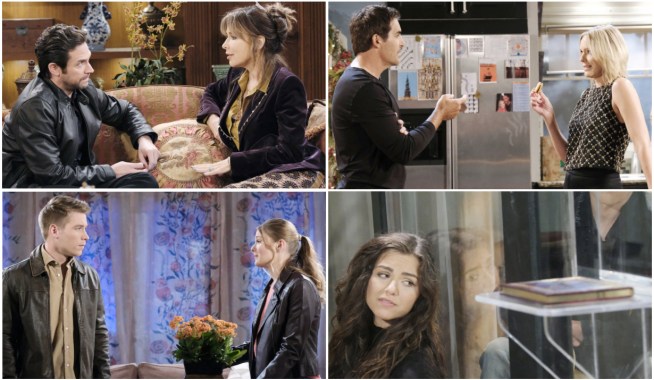