From Christmas Miracles and Ciara’s Return to Unexpected Exits, Days of Our Lives Gave Us a Truly Soapy Holiday 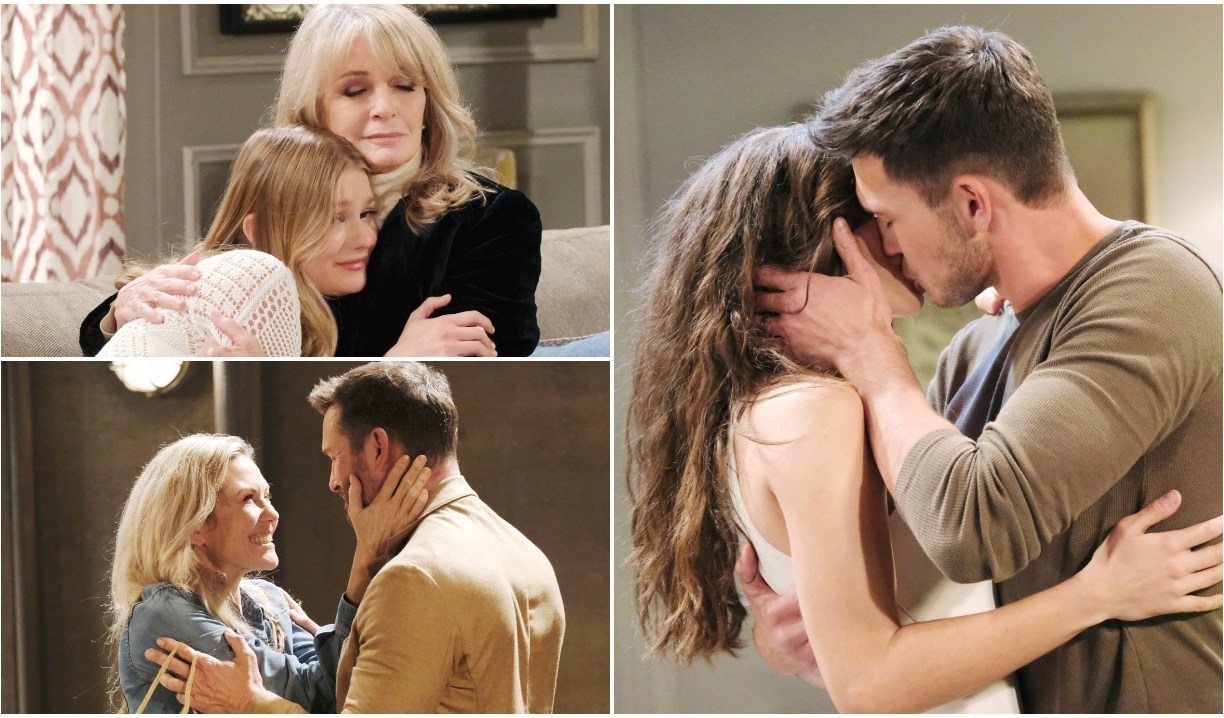 Given that Days of Our Lives was the only soap which gave us new episodes when the other shows went into reruns during the shutdown, it probably shouldn’t surprise us that it was also the only one to provide new episodes every day this week. More importantly, those episodes delivered on every level, from feels-filled family moments to an unbalanced mom finding out that at least one of her apples didn’t roll far from the proverbial tree. Let’s unwrap the Christmas-week goodies, shall we? 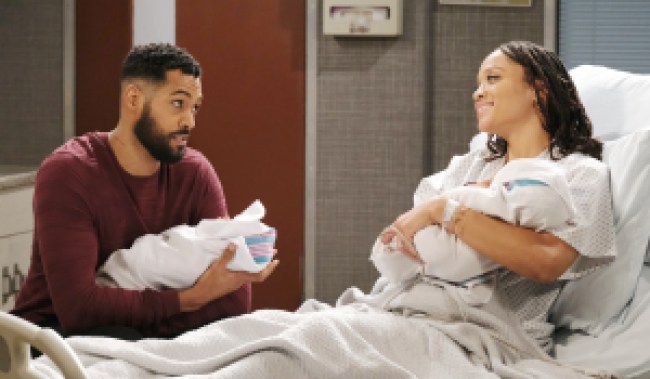 If I have one complaint with the way Eli and Lani’s story played this week, it would be that it felt a bit rushed. Then again, maybe it makes sense that all it took for the newlyweds to reunite was a little matchmaking from Doug and Julie, given that the argument at the heart of the younger couple’s break-up was borderline silly. After all, Lani was literally putting Kristen — who had stabbed Victor — ahead of Eli, who was just doing his job.

That’s not to say we didn’t enjoy the Eli/Lani separation. It felt like a real problem caused by their mutual stubbornness as opposed to the typical soap story in which an outsider causes friction for a couple. As an added bonus, it gave the wildly-appealing Sal Stowers and Lamon Archey something to sink their teeth into while waiting for their alter egos to become first-time parents. Here’s hoping that moving forward, the writers keep this pair front and center where they belong.

The Ghost of Christmas Past

Thanks to NBC’s promos, we all knew Ciara would be helping Ben hang her ornament on the Horton tree, yet the moment was still extremely effective. It’s just impossible to overstate the powerful chemistry shared by Robert Scott Wilson and Victoria Konefal. Earlier this year, some questioned our decision to include them on a list of all-time best supercouples, but here’s the thing: Rarely have we seen a pairing stir up so much passion in fans in such a relatively short period of time. 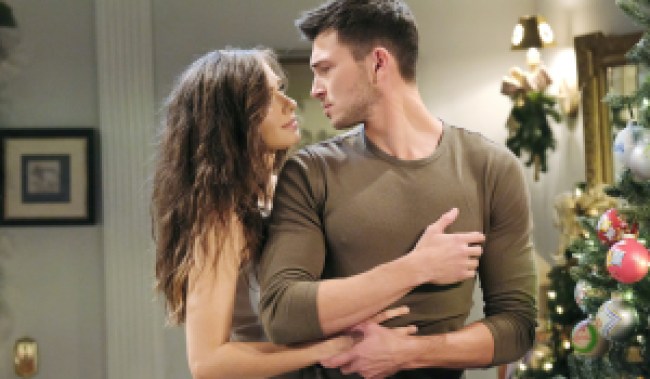 At the same time, I can’t help but think the show is making a big mistake with these ghosty visits. As much as fans love seeing Ben and Ciara reunited for even the briefest of times, it’s only going to make it that much harder for viewers to move on. Clearly, the stage is being set for a potential Claire/Ben romance once the pesky Charlie issue is resolved. I’m not yet sure if I buy them as a couple, but being reminded of Ciara at every turn sure isn’t helping.

With Charlie having kidnapped Ava, it’s starting to look as if the show is moving full-steam ahead toward the resolution of the rape storyline. I know that for many viewers, it can’t happen soon enough, as this has probably been one of the most divisive tales told on daytime in 2020.

I like the idea of Steve and John putting aside their differences to get to the truth. It also really worked having Marlena point out to her husband that their various offspring have caused no small amount of pain for others, yet they’d stood by them. (Doc won the Understatement of the Week Award when she said, “We both know that Sami has done some questionable things in her life.”)

More: Can Ava and Charlie be redeemed?

It was kinda silly that it took everyone this long to come to the conclusion that maybe a relative of Tripp’s had been the actual rapist, but hey, if it takes some suspension of disbelief to put this story in the rearview mirror, I’m willing to play along.

For a whole lotta Days of Our Lives fans, the decorating of the Horton Christmas tree represents the epitome of the holidays in Salem. It’s this soap’s version of pizza with the Quartermaines on General Hospital or the Forresters singing around the piano on Bold & Beautiful. I get the appeal and absolutely love when the special ornaments come out. That said… 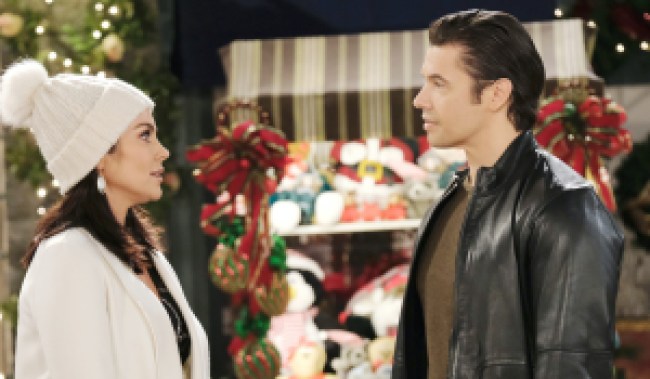 … I’m a total sucker for the kind of awkward family drama that went down over at the Kiriakis place. Victor scowling through the festivities like the Grinch until Bonnie’s words made his heart grow three sizes. There was lots of fun as Sarah balanced keeping Philip at arm’s length with not throwing herself at Xander. My favorite moment? Xander going in for a jealousy-inducing smooch with Chloe, who deadpanned, “Not happening.”

Speaking of Chloe, how great was it when she began singing “Silent Night,” reminding us not only that the character’s a well-known opera singer but that portrayer Nadja Bjorlin’s voice is a heaven-sent instrument. 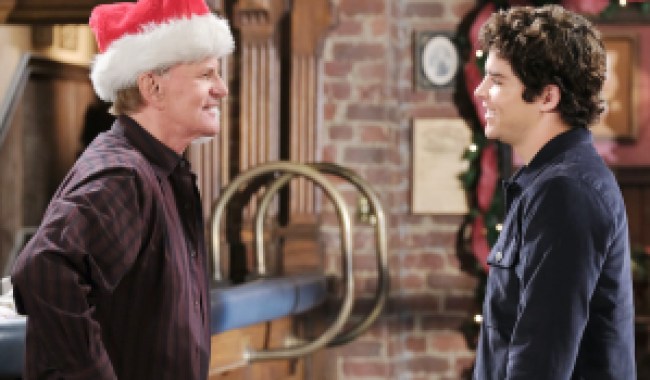 • I was genuinely caught off guard when Joey suddenly announced he was jumping on a plane and heading to Seattle to take a job with his sister, Stephanie. Truthfully, I shouldn’t have been surprised, as it made sense. With Ava alive, Joey obviously had to be released, but it didn’t really feel as if they needed the character on the canvas. The show got the best of both worlds by dealing with a plot point in having him released and then sending him off canvas in a way that, while rushed, made sense.

• What the heck kind of prison is Kristen in that she always has the visitors area to herself and is allowed to make out with her visiting boyfriend and accept gifts? No wonder it’s so easy for Salem’s assorted baddies to arrange the bi-annual breakout. Meanwhile, her fantasies about living it up at the mansion while Victor, Maggie and Xander toiled as her servants reminded me of similar sequences conjured up by past characters like Guiding Light‘s Nola or Ryan’s Hope‘s Delia. The big difference? Those ladies were have-nots dreaming of a better life, while Kristen hails from one of the richest families in town and recently stabbed one of the folks she was daydreaming about having polish the silver.

• Let’s face it, we all knew Eric wouldn’t be on the other side of that door when Nicole threw it open. Had the show convinced Greg Vaughan to return, his would have been one of the many visits teased in that spoiler-filled winter promo released ages ago. Joey’s exit aside, this isn’t a show that knows how to keep secrets.

Before we head into 2020’s final week of sudsy drama, visit the comment section to share your thoughts on Days of Our Lives’ Christmas episodes. Then peruse this gallery in which we look at all of the year’s highs and lows in Salem.

Days of Our Lives Needs to Ditch...

Get Ready, Because Days of Our Lives...

Jared Padalecki on the Defining Deaths of ‘Supernatural’ and ‘Walker’