Days of Our Lives’ Chad Needs to Take All the Seats, Tripp Needs to Get a Clue, and It *Might* Be Time for Gwen to Spill the Beans 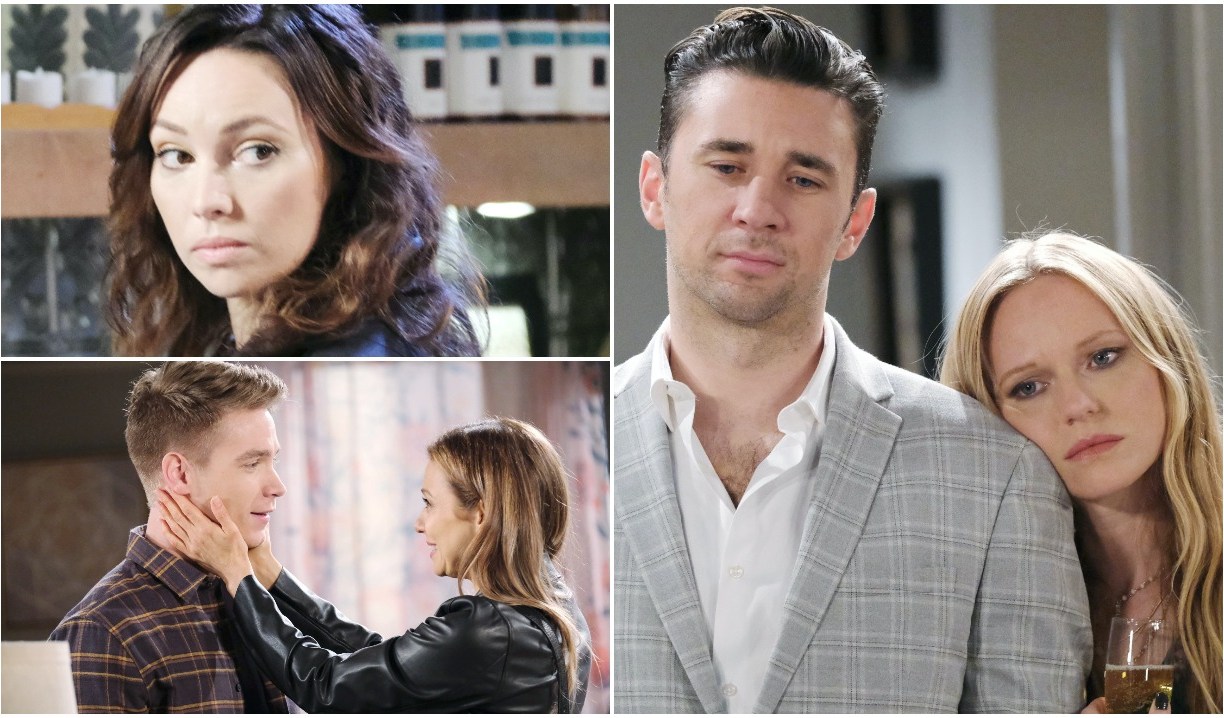 There’s nothing worse than when the story that you’re most invested in goes totally missing. Sure, there was a lot going on in Salem this week, but Days of Our Lives was woefully short in the Jan Spears department, despite the fact that last week, she was practically the star of the show. Which characters and stories were deemed more important than my favorite insaniac? Read on!

Chad lost a lot of points with me when he accused Abigail of sleeping with Jake. The sum total of his evidence? Basically that she fell asleep with her head on his brother’s lap while drunk. Worse, Chad went on to rub in his wife’s face that she’d slept with two of his brothers, so obviously he’d suspect her of going for the trifecta. He was downright cruel, especially given everything that Abigail’s been through of late. We’d wonder if Gwen’s manipulations and Chad’s reactions were designed to push Abigail into doing what her husband already suspects her of, were it not for the fact that during our November sweeps preview interview, headwriter Ron Carlivati assured us that wasn’t the case.

There’s fun to be had with Gwen wandering around town whispering sly innuendos into the ears of her victims, but it would work better for me if it were a bit subtler. Rather than dropping bombs which immediately detonate, she should be planting seeds which slowly take root. Right now, it’s starting to look as if Gwen is the smartest person in town, with everyone else being easily duped by her manipulations. This type of plot relies on two things: None of the characters having actual conversations and all of them putting their full faith into a virtual stranger about whom several of them have voiced suspicions.

Meanwhile, this week saw Gwen go from metaphorical-mustache-twirling villain to poinsettia-abusing loon. I would have killed for a day player to have been strolling through the park at that moment, just so we could see someone reacting to her antics. Instead, we got Jennifer picking up that plastic bat to further batter the plants.

This was another of those scenes that I just don’t think would have worked, were Melissa Reeves playing Jennifer. But because Cady McClain has an entirely different vibe, we buy Jennifer doing things we might not have been sold on before… including drinking with Bonnie.

I feel like they need to be careful, however, in how far out there they let Jennifer go. Salem is top-heavy right now with female characters who border on caricatures. Gwen, Ava, Bonnie, Jan. This is especially true, given that over the past few months, we’ve lost Hope and Ciara, two of the more grounded women on the canvas.

As for Gwen, viewers are getting antsy and want to know her connection to Abigail. Modern viewers seem to have no patience when it comes to storytelling. They want what they want — be it a couple reuniting or a secret revealed — and they want it yesterday. I can’t help but wonder if this was always the case or it’s something that’s been exacerbated by the Internet. Longtime viewers can easily cite cases in which storylines unfolded over the course of years, such as the long and winding road down which Guiding Light took Phillip Spaulding before finally revealing the truth about his paternity. In that case, viewers were clued in to the truth about four years before Phillip!

I spent a lot of time this week thinking about the scenes in which Kayla came home to find Ava alive and well and hanging out in her lingerie. “In real life, coming back from the dead is hard,” quipped the vixen. “It’s not like a soap opera.” Across town, upon hearing of the latest resurrection, Nicole wasn’t a bit shocked, instead deadpanning, “Salem needs to get a better coroner.” On the one hand, these lines could be seen as a knowing wink to the audience, sort of a “We’re all in on the joke” kinda thing. But it’s also telling viewers, “Nothing we do has any weight or gravity, because it can all be undone at any moment with a pithy remark.”

More: The Tripp twist that could change everything

Ultimately, this goes to the heart of why Days of Our Lives has never really been “my” show. When in doubt, it errs on the side of camp. This has been true for decades, going all the way back to characters like Eugene and Calliope. As a whole, I generally like my soaps a bit more grounded. So where this show is concerned, I tend to be drawn to the more drama-focused side of the canvas. These days, however, there’s really not much of a line between the dramatic and melodramatic elements.

I’m a huge fan of Tamara Braun, especially when she is allowed to play big, bold characters like Ava. It’s not that she doesn’t do a lovely job when playing subtler parts — such as General Hospital’s Kim — but they just don’t let Braun really show you what she’s made of. So obviously, Days of Our Lives‘ Ava is allowing Braun to serve up exactly what I look for when she’s on screen. 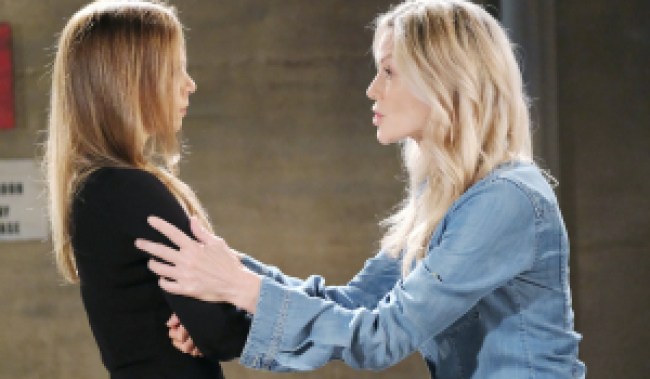 “This town is only big enough for one constantly-forgiven crazy lady, Ava.”

That said, much of Ava’s actual story makes next to no sense. Are we really to believe that Tripp is so desperate to connect with Mommy that he’d ignore that she’s clearly bat-guano crazy? Steve has put nearly every relationship he has in Salem on the line in order to support his son, yet Tripp — knowing what his mom did to Kayla and his dad in the past, not to mention that she is currently threatening to keep his half brother Joey behind bars — opted to move in with her?

On the other hand, Ava’s manipulations of Philip track. I totally buy that this guy would get himself into massive amounts of gambling debt, thus giving Ava and her family leverage over him. Given that he’s always been just this side of nefarious, I imagine it didn’t take a huge amount of arm-twisting on Ava’s part to get him to do her dirty work.

Watching Nicole, Brady, Chloe and Philip in scenes did my heart good. These are characters I know and love with messy, complicated pasts just waiting to be re-explored. As much as I liked the pairing of Nicole and Eric, them getting together felt more like the end of an era than the beginning of a story. I wasn’t ready for Nicole to step into the role of Alice Horton, which is kinda what it felt like she’d be heading for with good guy Eric. And when he first left town, it seemed like Nicole would be reduced to Allie’s talk-to and babysitter. But all that’s changed now. 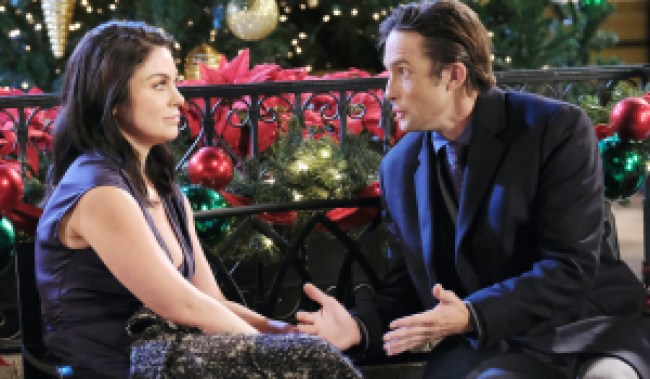 When Days of Our Lives released cast photos this fall, people — including us — speculated, based on the way characters were positioned, that newly-single Nicole was headed toward a romance with Hope-less Rafe. This week, the potential pair had some scenes together, but we didn’t get much of a sense as to their chemistry. On the other hand, when Nicole was chatting with Brady and Chloe, it was as if we were watching a triangle spring to life right in front of our eyes.

• One of the reasons Jan’s absence so irked me was that I have a lot of questions regarding her story, not the least of which is one of logistics. How the heck did Jan manage to get an unconscious Belle across town and into Philip’s bed? The soap had best not be thinking that if they just don’t address that for a week or two, it will slip my mind… because it won’t!

• It wasn’t only Jan who spent most of the week in absentia. We also didn’t get much of Belle, Shawn, John or Marlena, all of whom are in Jan’s orbit. I’ve been hoping for ages that the show would do a “Who killed Jan?” story,  and I’m still holding out hope that a mysterious someone will sneak into her hospital room and do the deed. It’s been ages since daytime had a good whodunit.

That’s my take, now it’s your turn. Visit the comments to share your thoughts on this week’s episodes, then be sure to check out the gallery below in which Victoria Konefal shares backstage secrets and memories about everything from her co-stars to the Ben/Ciara wedding. 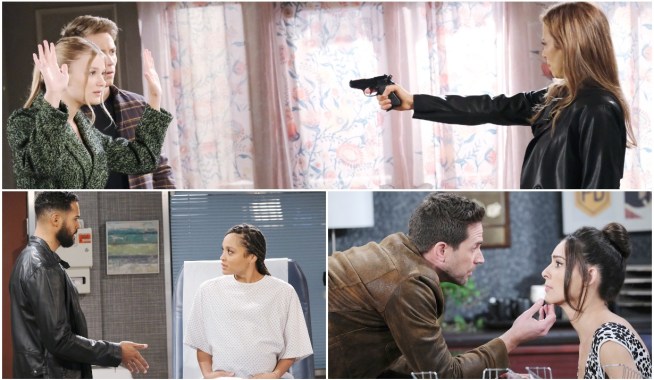 Days of Our Lives Fans Aren’t Happy About Allie’s Story, Gabi's Exit or Much of Anything — Plus, Grading November Sweeps

Days of Our Lives Needs to Ditch Charlie and End the Problematic Rape Story ASAP — Plus, What’s Next for Ben? 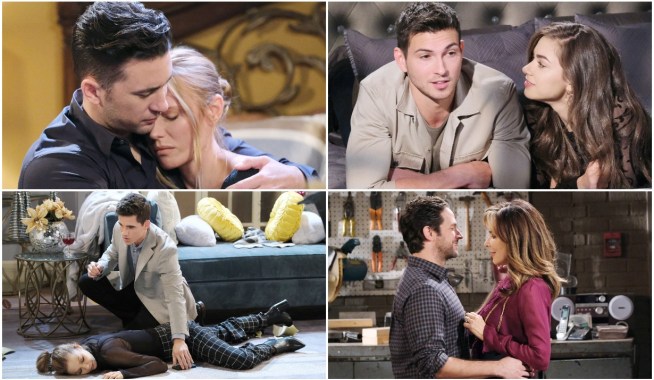