Days of Our Lives Fans Aren’t Happy About Allie’s Story, Gabi’s Exit or Much of Anything — Plus, Grading November Sweeps 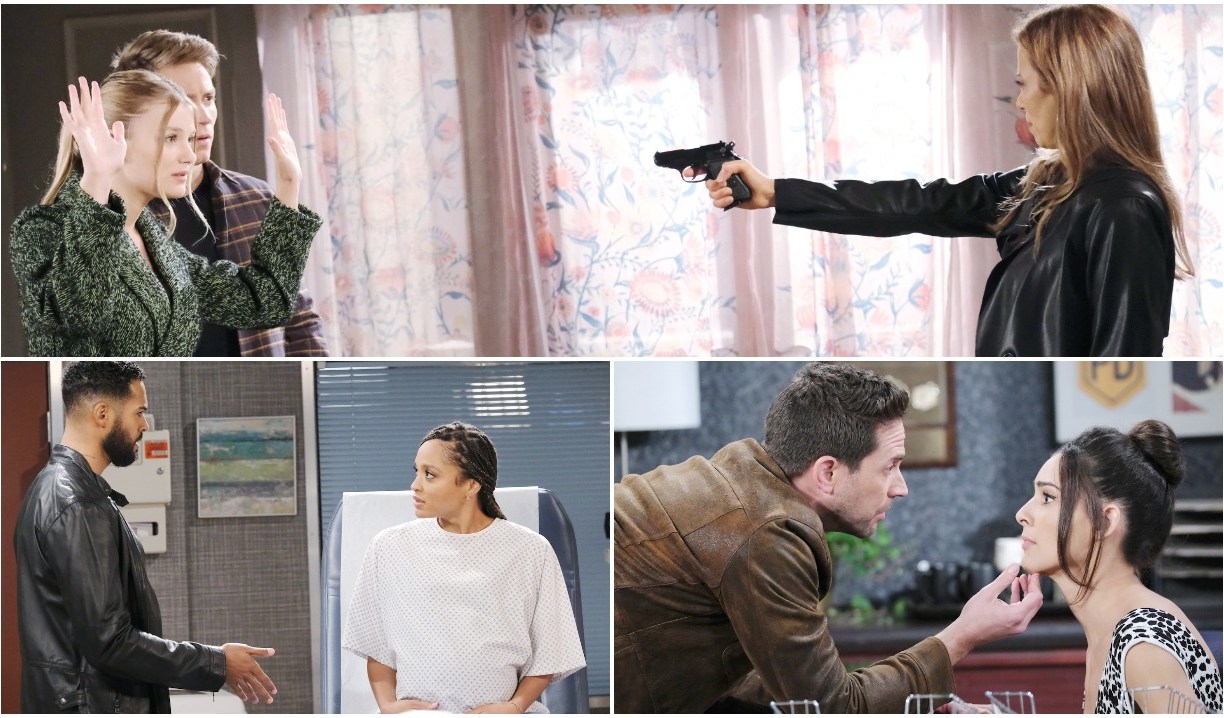 The Allie/Tripp story has caused a significant divide among Days of Our Lives viewers, as has much of what’s taking place on the show of late. Elsewhere, Ava came out of hiding, Gabi came back for a split second, and things weren’t looking great for Eli and Lani. That’s a lot to get to, so let’s get started!

I really loved Gabi’s quick visit for a couple of reasons. But a whole lot of people out there felt differently and had no problem letting me know as much on Twitter. It turned out, there were a lot of things I liked that they didn’t, including Jake admitting he had feelings for Kate and pretty much everything about Allie’s storyline. 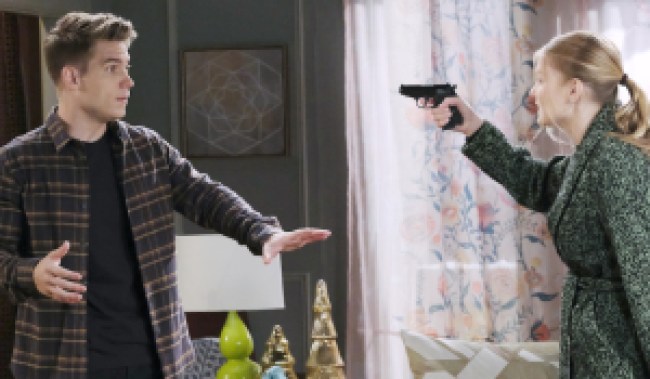 Let’s start with the Allie story, because it’s the most controversial. I fully, 100-percent understand both what headwriter Ron Carlivati is going for with this story and why it’s not only missing the mark for much of the audience but proving offensive to many. From a storytelling point of view, I “get” this tale. The audience is basically certain that Tripp did not actually rape Allie, and we’re also pretty sure it’ll turn out that Claire’s new beau, Charlie, is the bad guy here. (I’ve said before how much I really, really hope to be wrong on that count, especially because I’m loving Charlie as a character and his relationship with Claire.) On the surface, it is a solid story.

More: Charlie’s portrayer is ready to be hated

What a significant portion of the audience is struggling with is the way Allie is being treated. On Friday’s episode, Ava burst in to protect Tripp, then began berating Allie, even going so far as to call her a bitch. Yes, we’re sure Tripp is innocent… but we also have no reason to think that Allie wasn’t the victim of a sexual assault that night in London. It’s one thing to question her memories of that night but another entirely to have a rape victim being verbally abused by a gun-toting, vengeance-seeking mother.

It doesn’t help that at the same time, Kayla — herself a rape survivor — was essentially being forced to live under the same roof as Tripp and listen to her husband defend his son’s innocence. Again, we in the audience know that Tripp is all but certainly innocent, but the residents of Salem do not. So to have Tripp, Steve and others so brusquely pushing aside Allie’s claims is definitely rubbing many viewers the wrong way.

Daytime has a long and often complicated history when it comes to stories about rape. It’s ironic that even as this story is getting so much flak from a significant portion of the audience, I May Destroy You — an at times difficult to watch “dramedy” in which three friends each deal with a form of sexual assault — is winning widespread critical acclaim. (Our sister site TVLine recently even named it the year’s top comedy.) Could the fact that HBO’s series was created by and comes from a female perspective be a crucial factor here, or perhaps there’s a difference in the audiences that it targets? Is rape a topic that should, at this particular time in our history, be off limits to daytime?

More: A big Allie/Tripp twist could change everything

I’ll be interested to hear your thoughts in the comments. Moving on…

Another story which has people taking sides is the Gabi/Jake/Kate triangle. I totally swooned when Jake insisted — in front of Gabi — that he was developing genuine feelings for the older woman. And when Gabi wrapped herself in that (hopefully faux) fur and trounced back outta town, I got it. Because in real life, people pay visits. (It probably helped knowing that this was intended to be a teaser which set the table, as it were, for Gabi’s full-time return in a few weeks.)

Others, however, absolutely hated everything about the scenes. Some were turned off by the Jake/Kate pairing (at least one coming up with a rather amusing compound obscenity to explain why I was drawn to it), whereas others were annoyed by the brevity of Gabi’s visit. “What’s the point?” asked one of our readers. “There was no real dramatic impact, and it’s just confusing for a new viewer when characters come and go so quickly.”

Sarah and Xander also managed to split the audience when they pretended to split up as part of their plan to get the goods on Philip. “Even if [their fake break-up] plays out funny, Ron Carlivati is obsessed with adding romance to every storyline,” tweeted Chris Bedell, which I’ll admit fully baffled me. Shouldn’t every story on a soap have romance at its heart? And if you happen to be able to do romance and comedy at the same time, wouldn’t that be considered a winning formula? If this were a movie instead of a serial, we’d come up with a quirky genre name like, I don’t know, romcom. 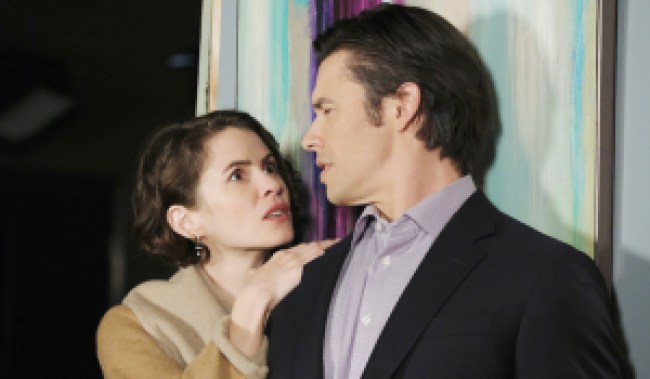 Personally, I love the Sarah/Xander story but for one thing: Wouldn’t it make more sense for them to have had a series of small fights in front of Philip before staging the big blow-up? Philip would have to be awfully dumb to not see through their plot (not to mention hard of hearing, what with Xander saying to his girlfriend, “You’re laying it on a little thick” both in front of Philip and loud enough that Maggie should have heard from upstairs).

There was a lot happening in Salem during November… possibly too much. The Belle/Shawn/Jan stuff certainly could have gotten more play were it not jammed into the mix, and it felt as if we had very little movement on the Gwen story, at least where her motivations are concerned. Truth be told, I’m OK with that, given that I’m an old-school fan who likes to see a plot unfold over months or even years (as long as you’re constantly giving me beats within the overall arc and know where you’re going). But boy, #soaptwitter definitely disagrees with me on that one! I’m hesitant to say I have “enjoyed” the Allie/Tripp story, but as I said before, I understand the intent even if the execution has been at times clumsy.

In looking at what I like about the show compared to what others dislike, I’ve come to realize that there are two types of viewers (whether of this soap or any other): longtime fans for whom this is “their” show and those like myself who tend not to have favorite shows or couples but gravitate toward storylines. The more ownership they feel toward a particular show or couple, the more defensive they become on its behalf. In many cases, this “defense” takes the form of hating plots, couples or characters they feel aren’t true to the roots from which they sprung.

I don’t necessarily have that sense of ownership for any one show (at least not since my beloved Knots Landing went off the airwaves). Ask me what my favorite soap was this week, I’ll tell you without hesitation General Hospital, followed by Days of Our Lives. Ask me next week, it might be The Bold and the Beautiful (although given the current Liam mess, that seems doubtful). These things are, as always, objective. But when I look at what unfolded in Salem over the past four weeks or so, I’d say my grade is a pretty solid B.

• How unintentionally funny was it when Allie basically said to Ava, “That’s my grandma’s gun; can I have it back, please?”

• Just as I was thinking, “Hmm, with Kristen behind bars and Eric in Africa, maybe we could revisit Nicole and Brady?” in walked Chloe, and I was ready for a fantastic quadrangle. I say quadrangle because of course I’m throwing Philip into this mix. 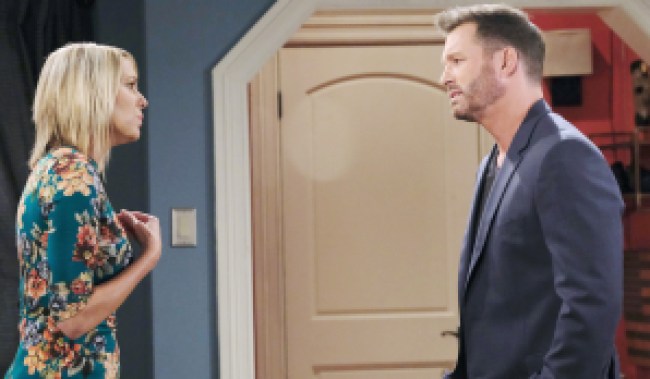 • I’m not sure who took Ava’s unexpected return from the grave more casually, Tripp or Steve. Even when Allie was told by Nicole that she couldn’t have been attacked by Tripp’s mom, because Ava is dead, the young woman’s response wasn’t to be shocked or confused but to shrug and say, “Well, not anymore.”

• I fully admit that in the past, I wasn’t all that into the character of Eli. But somewhere over the past few months, he and Lani have become one of my favorite Salem couples. Lamon Archey and Sal Stowers work so well together that even when their alter egos were fighting during her doctor’s appointment, I was pretty much shouting, “Kiss and make up!” (Side note: Are Eli and Lani going to have the most gorgeous babies or what? I will fight grandpa Abe for babysitting rights when they arrive.)

So now let’s hear your thoughts on this week’s episodes of Days of Our Lives and November sweeps in general. I suspect things could get fiery given some of the topics at hand, but let’s remember to be respectful of others. Yes, even those with opinions that make you want to recreate that Jennifer/Kate slap-off from a few weeks ago. Then, maybe cool down by looking at the below gallery in which we look (twice) at photos of soap stars’ real-life doppelgangers. If you ever wanted proof that everybody has a twin, this is it! 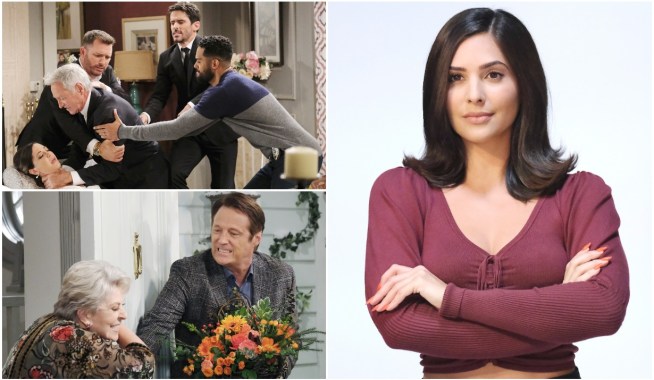 Days of Our Lives' Chad Needs to Take All the Seats, Tripp Needs to Get a Clue, and It *Might* Be Time for Gwen to Spill the Beans 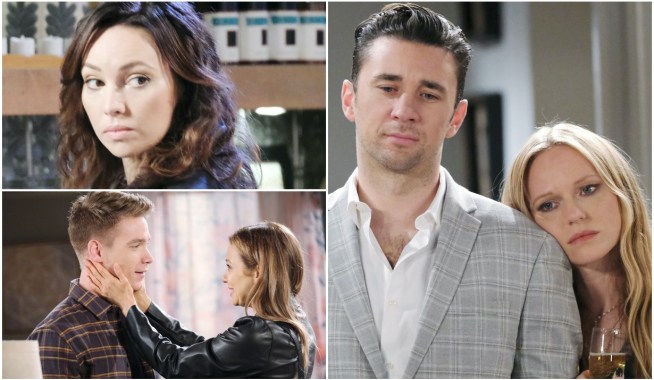