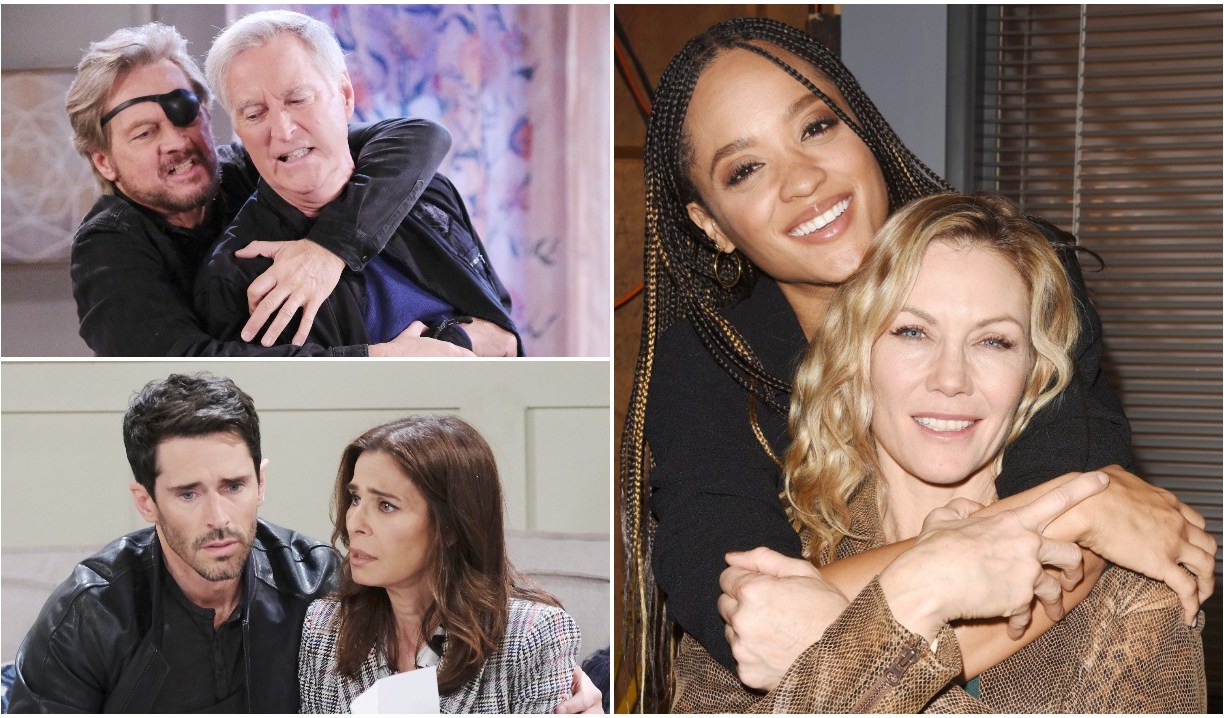 Any longtime fan can tell you that Days of Our Lives can sometimes feel like a soap suffering from multiple personality disorder. On the one side is Days, a show focused on family strife and relationships in turmoil. On the other is Crays, where folks have doppelgängers and chips implanted in their brains and are occasionally mauled by a panther who is actually their devil-possessed neighbor. Sometimes, those elements co-exist in an unnatural harmony which works for the show, while at other times, one side takes over. This was definitely a Days week, with lots of good drama unfolding all over the place!

While I’m still worried that the show is going to take Charlie, my favorite new character, down a dark path, the unspooling of the Allie story has done what a good soap story should. Slowly but surely, more characters are being drawn into the mix and, with them, a variety of perspectives. Take, for example, Steve and Kayla. When they were rather quickly reunited after her non-wedding to Justin, the obvious question was, “OK, now what? If they’re not playing the triangle with Justin, how do Steve and Kayla remain relevant?” 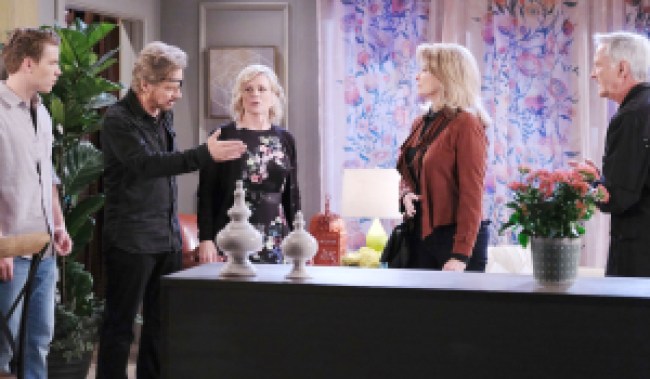 Steve helpfully suggested that John could work out some of his anger issues by destroying those incredibly awful curtains.

The answer was to have them see Tripp’s scenario from different perspectives. Steve immediately assumed his son was innocent, while Kayla said she believed the young man but obviously had reservations. By week’s end, even Steve’s faith in Tripp was beginning to waver as new details emerged. If there was a truly shocking moment, it wasn’t Tripp being sucker-punched by John but rather the older man saying to Kayla, “I don’t even know how you can have him underneath this roof… oh my God, Kayla, you have been where Allie is right now!” Marlena gasped, saying they weren’t going to go there, but John had perfectly expressed the unspoken emotions roiling just beneath Kayla’s still-as-a-photograph face.

Nicole continued to serve as a surrogate for Allie, a role we may not have imagined her in yet which she fills perfectly. And it was downright heartbreaking when Lucas first found out what had happened to his daughter, then slowly connected the dots to realize that grandson Henry had been conceived on that awful night. It also reminded us that sooner or later, Sami will learn about Allie’s trauma, which will no doubt bring the human hurricane roaring back to Salem (with or without EJ).

Friends Till the End

Another couple that is bucking the “married equals boring” trope is Lani and Eli. Days of Our Lives made a pretty big deal about the fact that theirs was the first wedding of an African-American couple in the show’s history. (That’s not, by the way, something to necessarily be proud of!) Many viewers feared that once the rice had been tossed, Eli and his new Mrs. would sort of sit on the backburner, awaiting the birth of their twins. Thankfully, that’s not been the case! 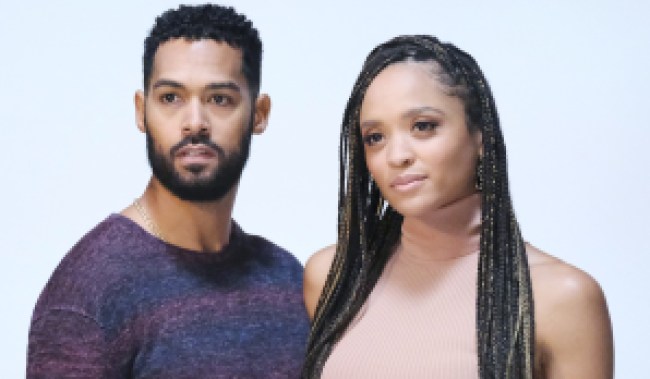 We love Lani and Eli as much as they love the just-off-camera cookie distracting their attention away from us.

Instead, we’ve gotten a Gift of the Magi-like story in which each makes an ultimately ironic sacrifice for the other. Better still, the story has continued to build upon the unconventional friendship of Lani and Kristen. These two should not work as gal pals, what with one of them being a semi-reformed psychopath and the other a virtual saint. But put portrayers Sal Stowers and Stacy Haiduk in a scene, and it’s magical.

More: Your favorite stars in their scariest roles

In fact, now that I think about it, it occurs to me that Lani and Kristen are playing out the truth Gift of the Magi story. Lani worked her magic with Melinda in order to get the charges dropped against Kristen, only to have Kristen — wanting to protect her friend — march in and confess to having stabbed Victor!

Like Lani and Kristen’s friendship, Brady’s relationship with the woman who stabbed his grandpa shouldn’t work. It’s one of those soap-opera pairings where if you look too closely, it’ll really freak you out. After all, she raped his brother and slept with his father, so yeah, the ick factor is pretty high. Yet Haiduk and Eric Martsolf (Brady) sell the pairing for all its worth… which, as it turns out, is its weight in gold.

That said, it might be time to stop having Kristen do things like… well, stabbing Brady’s grandpa. Maybe I’m old-fashioned, but I miss the days when there were very clear delineations between good and evil soap-opera characters. We knew who to root for. Serial killers and rapists? Bad. But the whole anti-hero thing (which began right around the time women in malls around the country began shouting “Rape me, Luke!” to Anthony Geary’s General Hospital alter ego (and yes, that really happened… I was there, kids) blurred the lines in a way that daytime still hasn’t recovered from.

Gender-reveal parties may be all the rage, but what I’m really looking forward to is the secret-reveal party I’m pretty sure Gwen is helping plan for a clueless Abby. (As “reasons to party” go, I’m always open to suggestions, but even I thought “Mom woke up from a coma a year ago” was kinda weird. But hey, who am I to judge?) This week, it became fairly obvious that Gwen is probably Jack’s daughter (conceived, no doubt, during one of the many fake deaths during which he was having off-screen adventures and, it would seem, sexual encounters). Assuming that’s the case, the big question becomes, “Who is Gwen’s mom?” Because if you know nothing else about soap operas in general and one crafted by headwriter Ron Carlivati in particular, it’s not going to be some rando!

There’s not much to say about Kristian Alfonso’s final scenes as Hope, and that in and of itself is rather sad. I have to believe that had 2020 not thrown a massive curveball into the mix, things would have played out differently. Alfonso may still have opted to leave upon learning that the show wanted to write Hope off the canvas for several months, but perhaps there would have been time to craft a better exit for the character. And by “better,” I mean “any kind of exit at all.” It’ll be interesting to see how this plays out, given that last we saw, Hope was weeping over her “late” daughter. Had Hope not received that ballistics report — and seemingly taken it to heart — we might have bought her leaving town to search for the truth. Instead, we’re left with… well, I suppose we’ll find out next week.

Speaking of next week, you can get all the latest details on what’s coming up by visiting the Days of Our Lives spoilers page. And since you clearly can’t get enough of Salem’s lot, why not visit this picture-filled gallery in which we list the soap’s best characters of all time! Of course we ranked them, so we look forward to hearing your thoughts on who landed where! 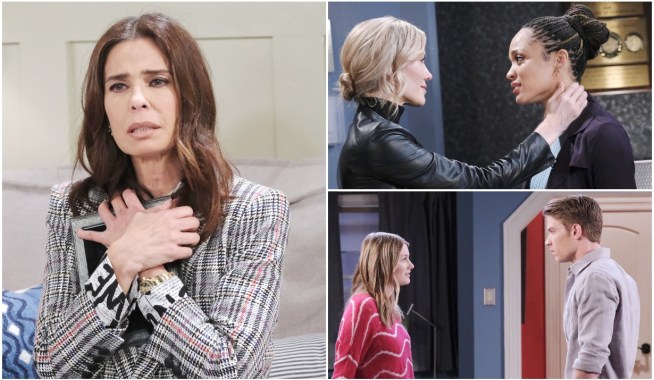 Chad, Abby, Gwen and Rolf Made the Blackout More Fun Than it Should Have Been 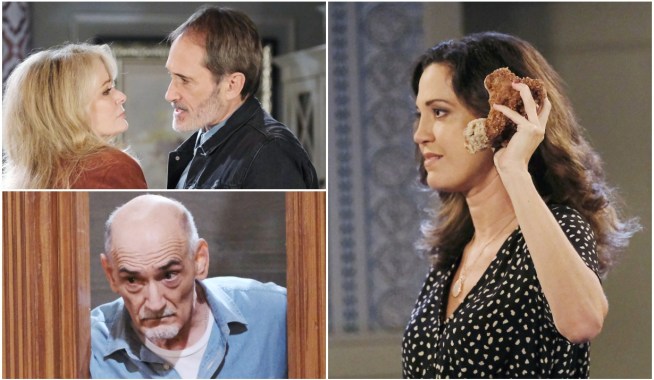