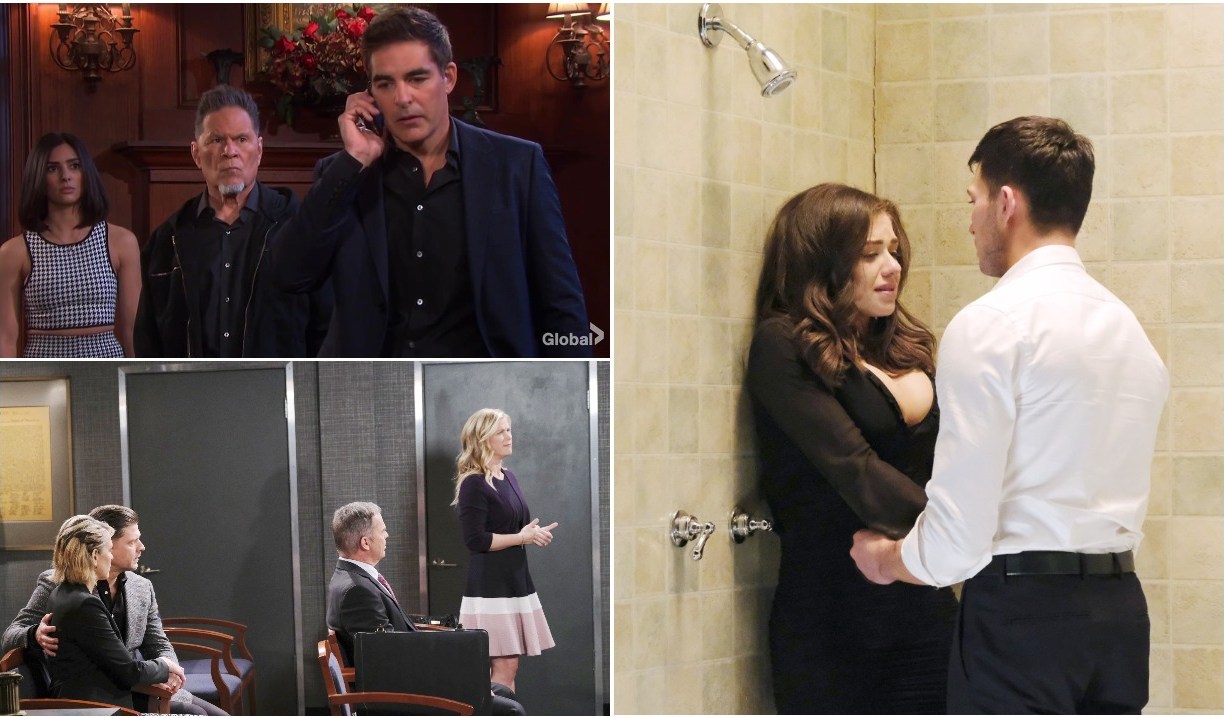 As soap fans, we reserve the right to love or hate any character and to change our minds about them regularly, depending on the story. I used to side with Nicole over Sami quite often a few years back but I’m finding myself hating on Nicole and siding with Sami with this baby custody storyline, and while I’m still loving the family drama on Days of our Lives, I cannot wait for Eve, Ben, and Ciara’s storyline to come to a conclusion.

Tired of the merry go round

Eve’s become so horridly bitter and has done so many nasty things during her last few visits that watching her in pain over Paige’s loss didn’t affect me, even though the acting was spot on. It didn’t help that Paige hasn’t been seen in years. I’m not sure which music of Eve’s was more bizarre. Her old moaning music or that new indescribable tune that she sang along to. I loved that Eduardo called her on the anniversary of Paige’s murder. He was Paige’s father and since nobody else likes her, one would think Even would be happy someone cared enough to do what that 80s AT&T commercial used to suggest and Reach Out and Touch Someone.

Was anyone else shocked to hear Eve admit to brainwashing Ben Weston to a cop? There’s no proof so this was a surprise. Usually, characters lie through their teeth.

Highlight of the week: Hope kept me riveted to the screen, watching her bereft over Ciara’s disappearance. She was so much more patient with Ben and Eve than either deserved. Identifying with Eve over the devastation over losing a child was poignant. Zack’s death was one of the most shocking and devastating family moments on Days of our Lives I’ve seen.

Finally, Ben showed real emotion and conflict about murdering Paige. Remembering the anniversary of strangling her to death was good for redemption, especially for those still hating on him but it wasn’t exactly perfect: “I can’t believe I forgot,” he told Ciara. Um, neither can we. And there was Ciara with her rose-coloured glasses on.

“You were sick back then. You and I both know you aren’t the same person. You have done the work and you have proved to me and so many other people that you are not capable of doing something like that again.”

The dialogue leaves a lot to be desired. I keep arguing that he is capable. If his medication stopped working, he’d revert to hallucinating and would go on a murder rampage. Ciara saw it herself after her motorcycle accident. Ciara’s naivety gets on my nerves. Ben told her he was brainwashed and couldn’t fight the urge to kill. He reminded me of The Simpson’s Homer, “Urge to kill rising!” I felt disconnected from the story because of that and because I’m tired of the same type of drama written for these two. The acting was good but the scene played out a little like a B horror movie with Ciara not fighting back and not trying to use the window to escape. And then there was Ben bursting through the cardboard door like Jack Nicholson in The Shining. I laughed aloud. “Heeeere’s Ben!” Many fans only saw Ciara’s boobs bursting out of that dress which distracted them from the acting. For me, they added extra cheese, like an old 80s slasher film.

Nobody wanted Rope when they were together and since nothing has changed so I don’t get why the show revisited this coupling. And I don’t have a lot to say about Eduardo’s stupidity forcing his family to go into hiding except that it was too rushed and we missed a goodbye between Gabi and Arianna. I felt crushed for Gabi and Jake, knowing they might have had something. Of course, Camila Banus and Galen Gering are returning, so we shouldn’t be without them for too long.

Sneaky and underhanded finally made an appearance

One of Soaps.com’s commenters, Theresa Ridout, said, “Nicole is just as bad as Sami.” True. In the past, I’ve often sided with Nicole, which now surprises me, but this time I’m team Sami all the way, and this is why…

Nicole getting back some of her messy, underhanded self is better than just whining to Eeyore all the time but I’m over her. It was selfish of Nicole to ask Marlena to be a witness for them in court against Sami, knowing that her husband was fighting for his life and that it’d come between her kids. How frightfully selfish.

I also didn’t like how Nicole eavesdropped on Sami confessing to her mother and then blabbed about it to Belle, because of the sensitive nature of what happened to poor John. Eric and Belle looked at her as if she had two heads. I felt vindicated. I thought Nic was going to alienate her husband while harming his relationship with his twin but later in court, Eric surprised us all by lying about her murdering Deimos. How shocking! The ex-priest, normally so pious, lied in court! So soapy. Who can blame him for punishing Sami for such a gut-wrenching betrayal?

Nicole is just giving Sami some of her own medicine—heehee!😈

I don’t have a problem with Sami raising her grandchild, or Eric and Nicole getting custody, but at this point, I think someone else should take over. I took issue with Judge Duncan for not doing background checks on all three of them, especially Nicole, once she learned that Nicole kidnapped Sami’s baby and switched her with another. If she had done due diligence, Duncan might have also learned that Sami kidnapped her own sister and put her on the black market.

Soaps.com commenter, SCO says, “Pretty ironic that Sami lost today by telling the truth. And Eric and Nicole are winning because they are lying their little butts off. Having said that, I’m not sure how or why Sami thought Eric would admit his wife confessed to murdering with the possibility that she would go to jail. Eric acting all hurt that Sami would betray him when he is trying to steal her grandson and have the woman who kidnapped her daughter raise him was rich.”

Best and most ‘cringey’ lines:

Jake after sex with Gabi, “That was fun.”

Jake to Gwen on sex with Gabi. “It wasn’t planned. It just happened.”

Nicole, “Sami will use anything to get what she wants. It’s who she is.” 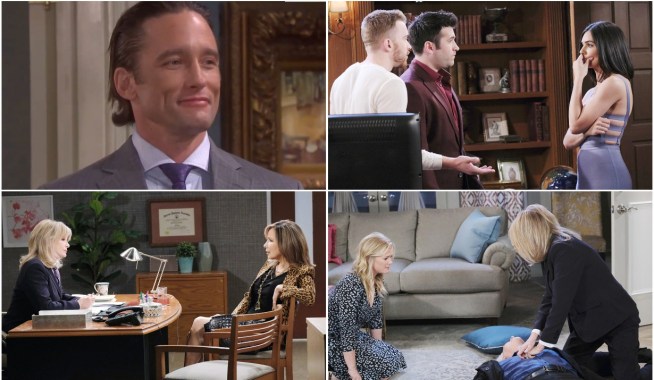 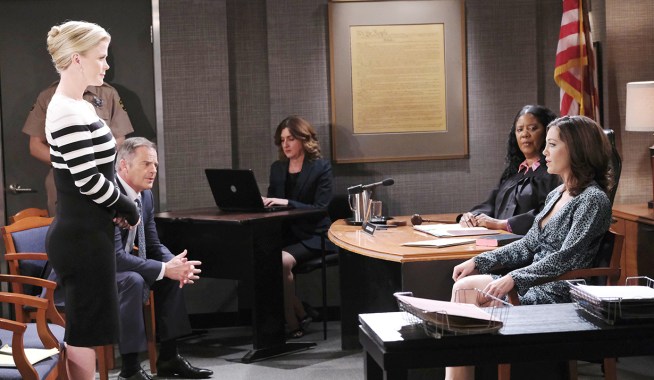