Deconstructing DOOL: May Sweeps underway but will it pass muster? 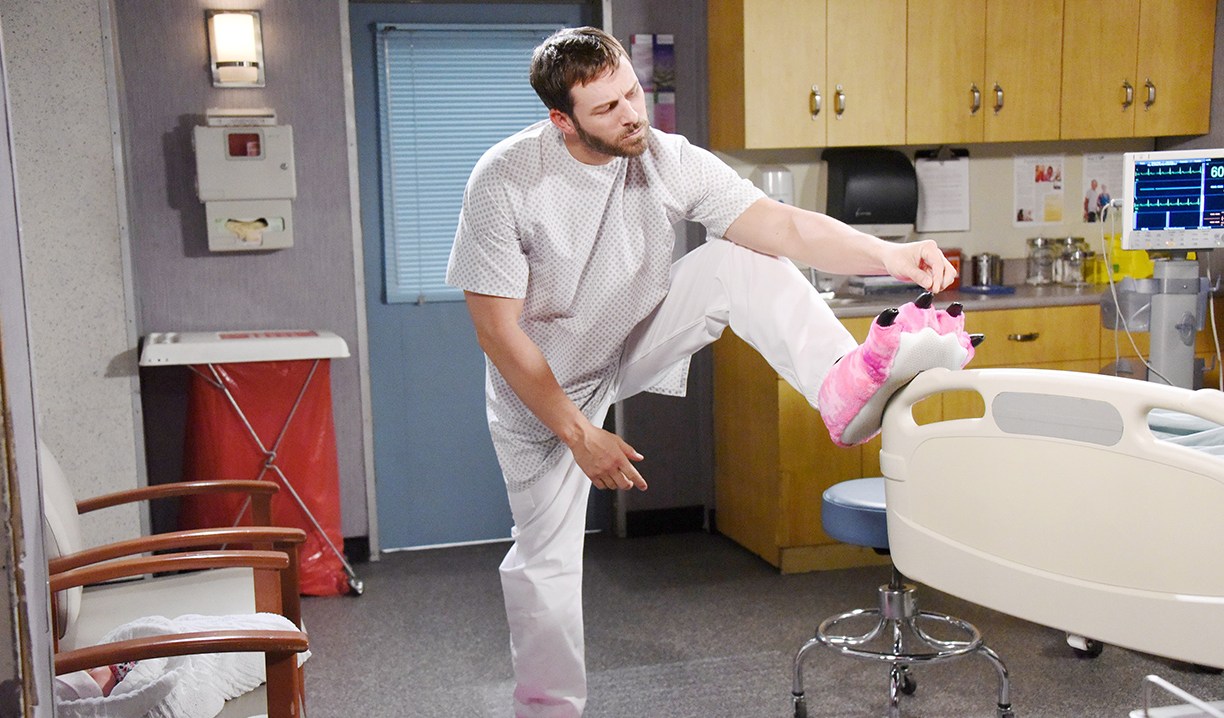 This week we saw the beginning of a few new storylines for Days of our Lives’ May Sweeps such as the cursed Egyptian amulet story, the case on Snake and the drug Halo, and what we talked about last week in Deconstructing DOOL: Abigail’s independence.

Snake, the …snake.
Lani stayed in Snake’s room well beyond the time she should have gotten out when he admitted to drugging her during their first meeting. I felt her sliver of excitement when she leaned in and tried to get more information from him, though it was too aggressive and he saw right through her. Of course, Lani was forced to take Halo. In excess. At the end of the scene a thought of Roman showing up flitted through my mind. It’ll take some getting used to SPD without him. Instead, Raines turned up. We saw a glimpse of another side to Raines when he hired Abigail. She seemed to have a calming effect on him.

Propping our vets.
Speaking of Roman, he is out of the hospital and back to work now that his story propped the newbie enough that Tripp could bond with Kayla, so that when Jade contradicted Steve’s story of why Ava was murdered that Tripp would automatically be suspicious of his new step-mama. I only hope the actor isn’t going anywhere. So often the younger actors stay for a short time only to spread their wings. Good for them but we’re left with another recast. I assume Jade contradicted Steve’s story on purpose, but had a sliver of doubt because Gabrielle Haugh made Jade appear so vulnerable and innocent. She plays it really cool. I almost cheered aloud when she told Tripp that there are sometimes things in your history you’re better off not knowing and to let it go. I think if they give Tripp more to focus on like a job or school that he wouldn’t look so obsessive.

The cursed, ancient Egyptian amulet.
I like the idea of the cursed amulet and the thought of adventure with the supernatural. I hope they can pull this story off. It was intriguing seeing the new glint in Chad’s eyes, doing something illegal with Kate, giving in a little to his DiMera side.

Xander’s return.
Can he stay forever? He’s had the best lines, he is smarter than my Nic Nic and Brady put together, and is really entertaining, caging Nicole. The only other thing entertaining about this storyline was behind-the-scenes with Brady in his slippers. We hear that Brady may need a new heart. Could it come from Deimos, since we’re assuming he’s being killed off or could Eric’s short contract mean they’re killing him off? Hopefully it’s not the latter.

On the Soaps.com “Days” message boards, Irish17 says, “If Brady is in the hospital and Nicole has been kidnapped (gasp)…who’s running the hardware store?” Hilarious. I bet they never mention the store again!

Mixing it up with characters.
I forgot Jennifer and Steve know each other and I forgot Steve and Jack were brothers until Jenn and Steve discussed Steve’s newfound son, Tripp. It was unexpected and a good way for the show to remind us that Jack took a while to come around and that it’s likely Tripp will too. Though who knows what will happen once Tripp learns his new brother killed his mama and the rest of the family covered it up. Ack!

Odd dinner.
Hope’s first dinner with Rafe’s family struck me as bizarre. It came out of nowhere and I was surprised she and Rafe didn’t do this a long time ago. It was awkward, engaging, humorous and one of the first times Hope has let her hair down in a while, since prison. Once I got over the initial shock of seeing Hope do shots I found it light and fun and nice to see the brothers finally get along for a while after the drama was set aside. It was cute that the guys tricked Hope into eating the worm at the bottom of her shot glass and hope these dinners aren’t a one-off.

@SheKnowsDOOL There was a sense of fun that’s missing these days. 🙂

Mama bear instincts.
Marlena doesn’t think Eric and Jennifer could be good together right now because they’re addicts who are barely sober and should be focusing on their sobriety for at least a year before getting into a relationship, especially one with another addict. I agree. But I can’t help but fault her for throwing these two back into each other’s orbit when they were doing just fine moving on from one another. I appreciated the light drama between Marlena and Roman and him opposing her thoughts.

More: Days of our Lives’ dayplayers May casting

Sonny Corinthos Kiriakis.
Sonny Kiriakis is acting like he’s the new Sonny Corinthos from Port Charles (“General Hospital”) and it’s laughable. Please make it stop. And stop slicking back his hair. On the bright side, at least he admonished Victor for letting his guilt keep Deimos in their lives and business. Someone had to say it!

That old hag, Claire.
We were thisclose to having Claire give up on her music dream until Theo encouraged her. Oy…just make the stupid sex tape, Claire. You know you want to.

Claire feels washed up at the ancient age of eighteen. #days

Arresting!
Some unknown cop came to arrest Brady on Thursday’s show but things have changed under Raines at SPD and now, they arrest people twice. To make sure it sticks. Yep.

This is an opinion piece. Please share yours in the comments.

Xander to Nicole about Brady, “Funny thing about that river. People who fall into it don’t seem to stay dead.” 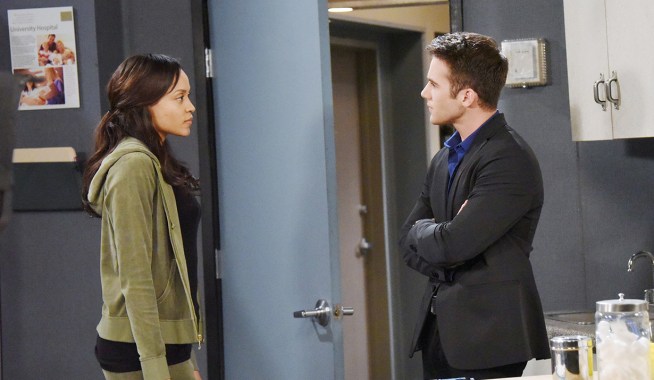 Deconstructing DOOL: Is there anyone in Salem who is happy?

Deconstructing DOOL: Viewers everywhere long for Nicole to shut up 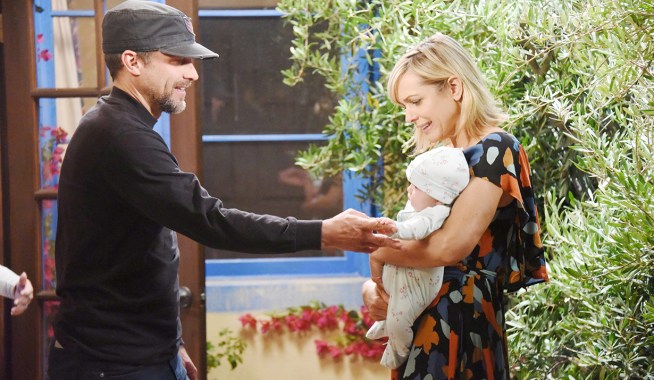