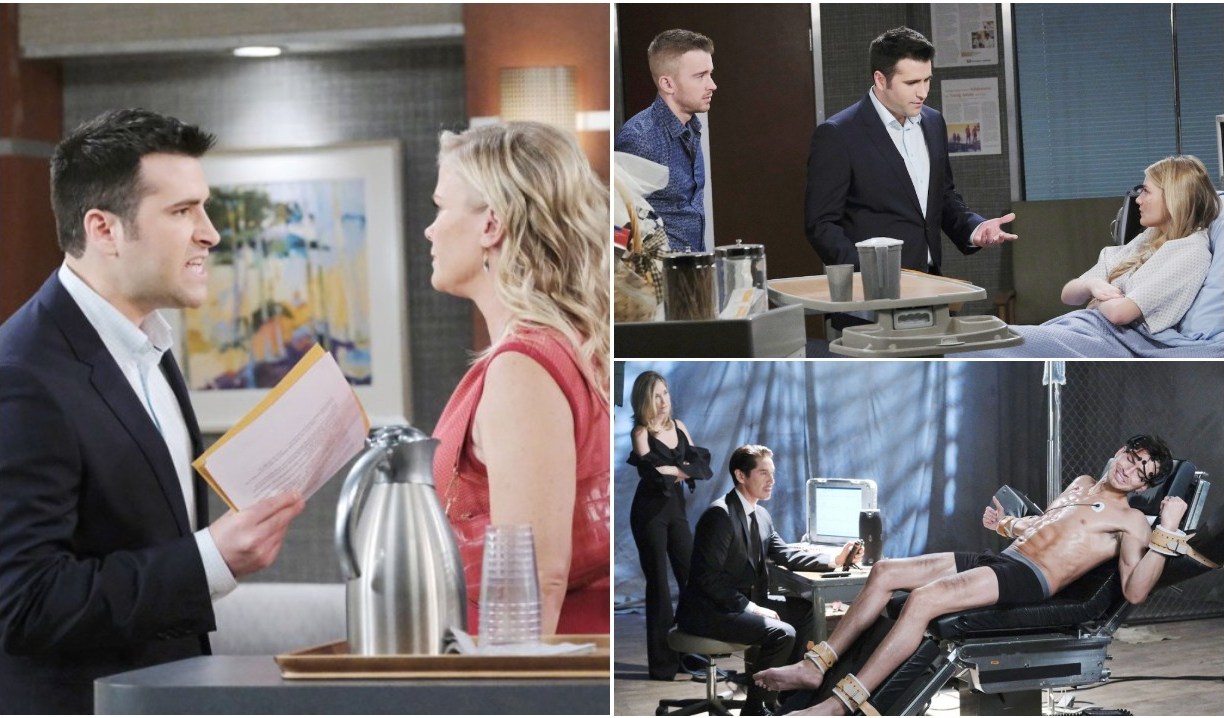 There’s a humour shortage in Salem this summer, and nobody’s made it to the lake, though we’ve been pining for those old lake scenes. Instead, we’re watching Eve torture Ben, while Allie is tormented by her family conspiring against her, and viewers are left suffering a little by both stories, neither of which is overtly compelling to many. Still, they both have their moments…

Is it too ghoulish?

Many viewers are turned off by Ben’s torture story because it’s happening during such difficult times and we’re all more sensitive to disturbing stories and violence. It’s tough watching someone else’s pain and suffering, which heightens our own. My mum thinks it’s positively ghoulish and more suitable for primetime.

But to be fair, Days of our Lives planned this over a year ago and taped it 8 months ago. They didn’t know what health issues were going to crop up. It’s not the first time we’ve watched someone get tortured, either. John Black was tortured probably three times while being brainwashed over the years.

I’m always team drama before any ship. I just want to be entertained no matter who is tortured or who is doing the torturing. The torturing itself didn’t bother me. None of what was presented all week has made me feel anything but a little bit sad for Ben, and a little put off by Eve’s screeching and over-the-top antics. I’m also a little sad that they took things this far, because I like Eve…sometimes! Last week in my Deconstructing DOOL column I admitted I wasn’t completely against Eve torturing Ben. I’m not exactly rooting for her, either. Eve’s lost her marbles obviously. I understand why she’d want to hurt Ben, but Eve knows how it feels to lose her own daughter. Ciara is innocent and is someone else’s daughter. Ben’s not the only one who would be devastated if Ciara died.

I keep wondering why the hell Ben isn’t starting every sentence with an apology to Eve. I haven’t heard him utter one yet. Maybe that music Eve was torturing Ben with made it hard to think – along with the pain of being reprogrammed to become The Pawn 2.0.

I like Allie, but it’s been annoying me, watching her banish family and shut them out, one after another. Even though I get it! It brings me back to Lucas constantly disowning Kate. I might call Allie selfish and spiteful but Belle’s right. Her whole family conspired against her. I guess in her shoes I’d want them to leave me alone, too! I felt bad for Sonny, who was so jacked up to adopt and now he’s out a kid and his husband betrayed him. But unlike Allie and Sonny, I feel bad for Will, knowing how manipulative Sami is. Yeah. That surprised me, too. Belle’s take on the whole thing was hilarious. I laughed along with Belle when she joked about Sami’s feigned remorse and scheming and at Sami being affronted by it. Priceless! And I loved Sonny bawling Sami out and Sami still not getting the picture! Classic Sami.

Giddy as a schoolgirl

We were treated to a little romance this week when Steve and Kayla had a sweet scene at their condo with Steve making dinner. Later, they had to get rid of Roman in order to get their groove on. I was into it. And later, Xander was as giddy as a schoolgirl after Sarah agreed to go on a date with him. It was adorable. Sarah’s so much better to watch when she’s happy, too. We haven’t seen her like this…maybe ever! Give us more of that.

Sami, “I have to find Allie. I have to make her see that everything I did, I did for her.”

Sonny, “We know that you bullied Rafe into dropping out of the adoption.”
Will, “Nicole told us.”
Sami, “I should have known it was Nicole’s fault. All she’s been doing is badmouthing me and turning people against me my whole life. She made it her mission to make people hate me.”
Sonny, “You stuck your nose where it doesn’t belong and you screwed everything up for us. So, what do you have to say for yourself.”
Sami, “Just one question, really. How is this my fault?”

Feel free to sign up for our daily newsletter for the latest news, spoilers, and recaps and join in on the discussion with any random thoughts on the week. This was a short week for me. I’m off Friday and won’t return until August 17. That’s one long weekend! Lori Wilson will take over my column! 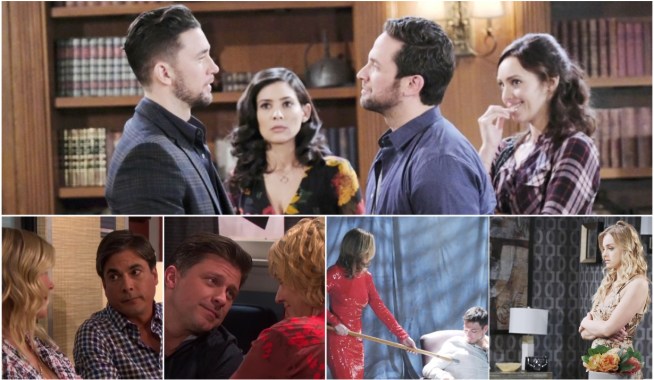 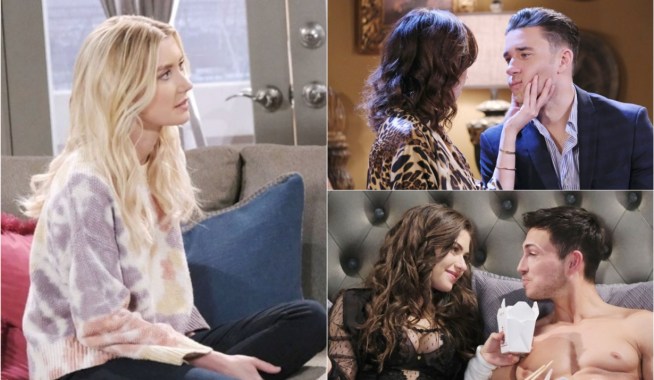