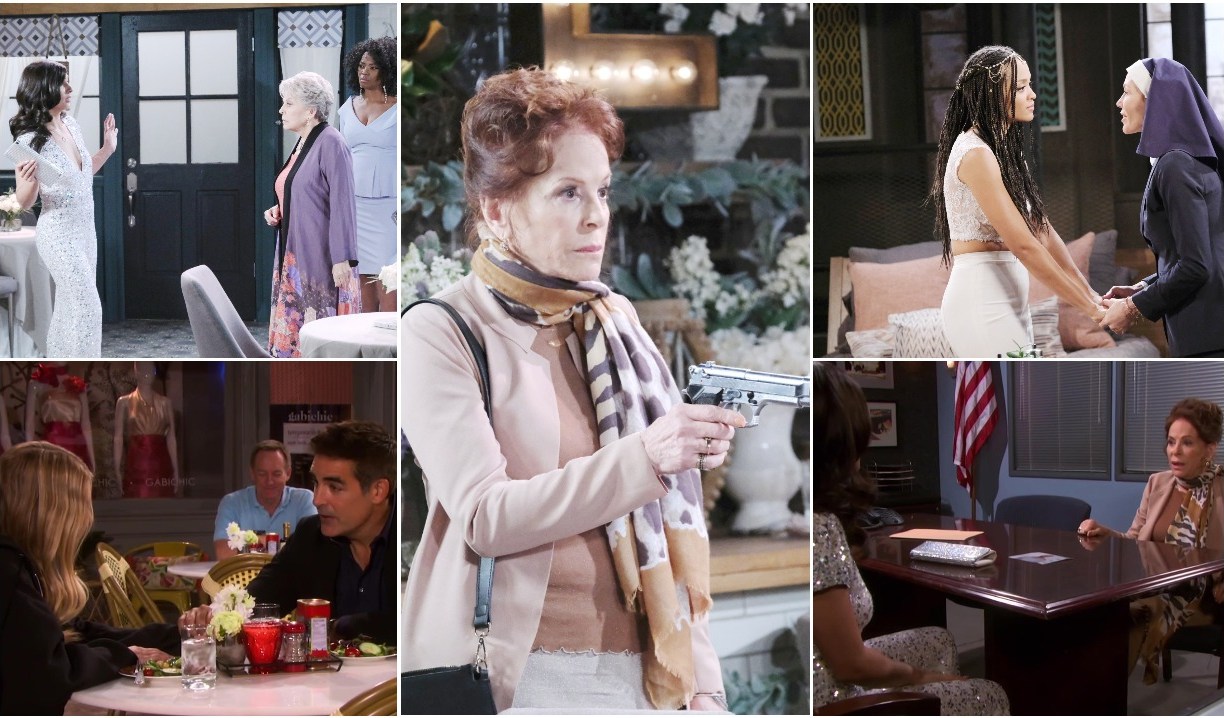 I’d like to say that I was into everything this week offered on Days of our Lives since we saw some major storyline arcs. But even though the wedding was crashed a few times, Jake learned he really is Stefan and my Vivian returned, I just wasn’t feeling any of it.

Three different issues cropped up for Eli and Lani’s wedding that left viewers annoyed and the bride in tears.

To start with, wasn’t Billy dating Tamara at the last wedding? And then what happened? He and Tamara ended and he started to date my Val? There’s a soap opera in itself. But to make things worse, Lani’s mother didn’t even bother to show up at Lani’s home before the wedding. She also didn’t bother to eat and then passed out because of WTF low blood sugar? Lame. Truly lame. When Billy offered to take Tamara back to the hotel, I couldn’t help but assume they were going back there to bone. I can’t be the only one who thought of that.

Then to make things worse, Gabi, who must have been high as a kite, got gussied up and crashed Eli and Lani’s wedding, looking – I’m sorry but hotter than the beautiful bride. Not only was that cringe-worthy but her appearance made no sense other than to show how petty she can be. That’s not what anyone wanted to see. I like Gabi as a villain but not like this. The scenes were unnecessary and an embarrassment.

And just when you hoped the never-ending wedding was finally over, my Vivian returned, and finally – the original Vivian, looking radiant, and though at least I understood that she wanted to take Lani’s life because Lani took her son from her, it begs the question – why did she wait so long?

Highight: Vivian at SPD with Rafe. He suggested she get herself a lawyer and she casually mused, “What for?” Rafe had to remind her she tried to kill someone. Hilarious! What didn’t work for me is how subdued everything felt when Jake learned he really is Stefan. Not only am I having a hard time believing it but it didn’t cause much excitement.

Highlight: Like in the movie Candyman, on Days of our Lives, if you say Gabi’s name three times, she appears, magically. A hilarious nod to Vanessa Williams’ returning to her role as Anne-Marie in Candyman 2.

When/how did she find time to change outfits between confronting Chad and crashing the wedding?

The wedding Crashers didn’t bother me
The cheap set decor , poor writing , bringing charachters back for half an episode having lanis mom leave due to low blood sugar bothered me

Why am I surprised?

Even though Kristen is on the run from the law and Lani’s a hypocrite for not turning her in as a cop, it didn’t keep me from enjoying the reunion between the two. I really felt Brady’s longing for Kristen and kind of enjoyed their reunion except that it was blatantly obvious that Kristen found it more important to return for her BFF rather than Brady. Brady didn’t seem to mind. He probably didn’t even register what was going on. He didn’t even ask who was looking after their kid. I shouldn’t be surprised, I know.

Rafe’s on a pedestal

Allie thinks she knows what she wants but she hasn’t a clue. She’s young and hasn’t had the experience in life to know that there’s a lot more to giving up your child for adoption than the potential father being “a good guy” and a “good step-father.” She beat that dead horse all week and finally opened up to Eric. The scene was sweet, and the advice was excellent. But she still rushed into asking Rafe if he wanted her kid, which felt more as though she was looking for the man’s approval.

Does anyone else find it impossible seeing this child as a partier? Yeah me neither. Soaps commenter, DaffySezAgain, says:

It really annoys me that the writers don’t even bother to attempt to explain the characters’ motivations anymore. It makes the characters look really stupid when just a little set-up would explain their actions. In Allie’s case, she could have come to town to see Will because she was scared and alone and begged him not to tell anybody, but that’s not the way they played it at all. It seems like she came to Salem so she could tell everybody except her mother about being pregnant and everybody who’s ever heard of Sami knows how that’s going to go. Yep.

Ever heard the saying it’s the quiet ones you have to watch? 😂

Does anyone else wonder if Gwen put the nail polish on the wedding dress? Does anyone care? Gwen seems to find a lot of satisfaction in asking Claire Bear if she’s sincere about her feelings for Ciara. Though I didn’t say anything in last Friday’s column, Gwen sometimes gets on my nerves. This week I kind of enjoyed her playing with “is she sane or isn’t she” Claire, but I can’t stand her with Jake even though they’ve chemistry. In her scene with Ben, I saw oodles of chemistry too and barked out a laugh when she toyed with him by fake choking herself while they argued.

Why, oh why in the hell do we have to see Rafe and Hope in each other’s orbit again? And why did we have to watch Hope pick at her pizza as if she was dissecting something? Please end it before anything else happens.

Join in on the discussion with your take on the week.

Gabi, “Those tests are legitimate.”
Jake, “Unless they’re not.” 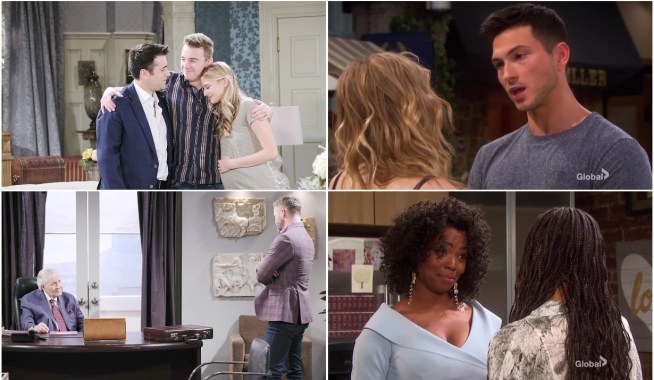 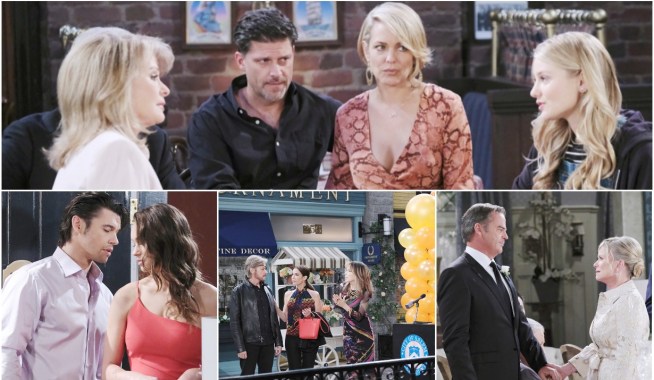