Deconstructing DOOL: Kate & Allie Are Alike, Which Means We’re In for a Rollercoaster of a Ride 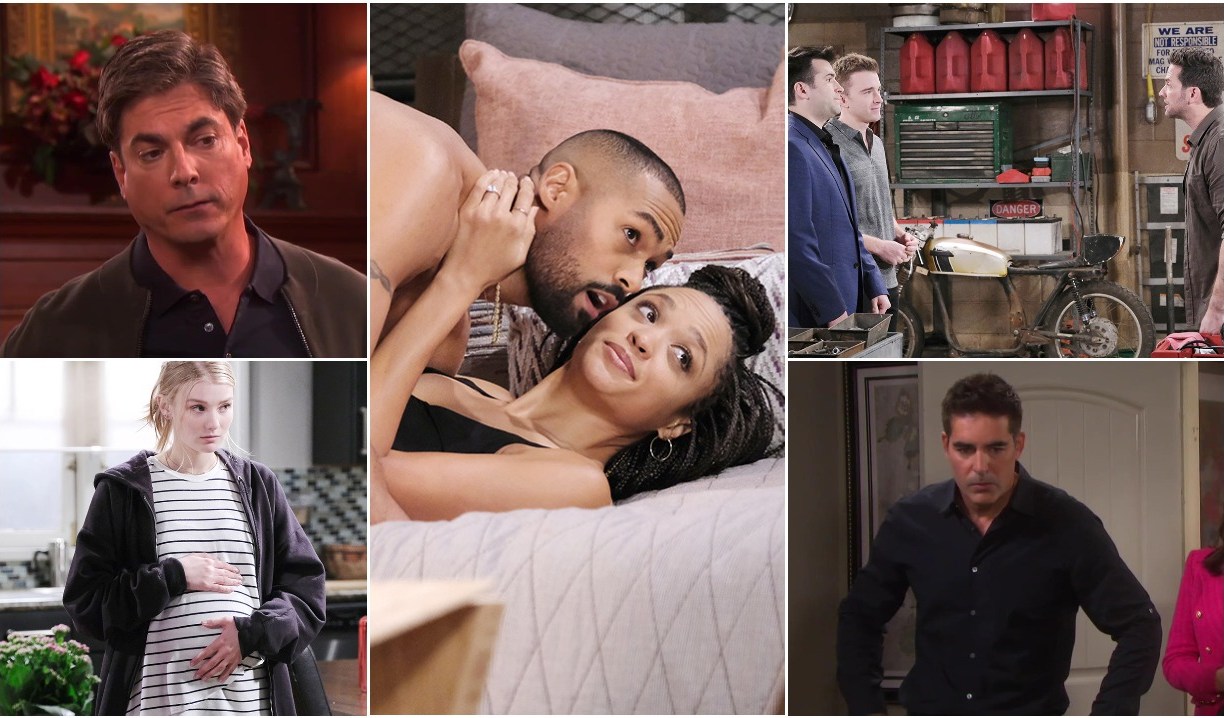 This week Soaps.com Zoomed with Robert Scott Wilson on his current storyline, the CIN wedding, and what disaster comes afterward. He calls what happens “the wildest storyline I’ve ever been a part of” (that’s saying a lot for a Days of our Lives storyline!) Can’t wait! Moving on to the episodes, the highlight of the week was Lucas waltzing into the DiMera mansion as though he never left Salem and immediately telling his mother, my Kate off about handing over her credit card to Allie when he specifically told her not to. Just like old times! And Kate’s response, “Allie and I are a lot alike. We’re both funny, smart, and kind-hearted.” Lucas questioned the word ‘kind-hearted’ which made me laugh aloud. If that’s any indication of what we should expect from troubled Allie, I’m in.

I get nervous when younger actors are cast these days, but Lindsay Arnold has been great as Allie so far! #Days

I miss Stefan and Ben’s friendship but I am just not into Ben and Jake’s bromance. Also, since this storyline has gone on this long, I’m beginning to wonder if Jake even is Stefan.

I wasn’t happy with Jake and Ben for keeping Gabi’s whereabouts from Will and Sonny. Especially Ben who is lying to Will, his only friend in Salem. The kidnapper said no cops, he didn’t say not to tell Sonny and Will. Sonny’s family has money, more contacts, and more brainpower at their disposal to find Gabi. I can’t believe Jake and Ben were working on a car rather than spending every minute looking for Gwen and Gabi. And what was with Abe and Hope keeping Rafe’s sister’s disappearance from him? Anyone who has siblings would agree that no matter what was happening in your life, you’d want to know if something was amiss with your sister!

I felt awful for Rafe when he lost custody of David. Like Nicole, all he’s ever wanted was to be a parent. At least Zoey was kind when she took the kid away and she did seem sincere when she allowed visitation. Maybe this is how Rafe leaves Salem – to be close to David.

Takes one to know one?

At least Ben wasn’t altogether sold on the idea of Claire’s release from Bayview. A psychiatrist, an ex-ISA agent, and Claire’s parents think she should be released when the rest of us aren’t buying that she’s rehabilitated. How about her new BFF Gwen? I’m not sure what to think of her yet. She wants us to believe that she’s not even mentally ill but just hiding from Jake in a mental health ward. That’s not normal! He wasn’t even an abuser. I get the feeling Gwen’s going to cause trouble for Claire.

I keep wondering what Jake stole from those thugs. I hope it’s better than an elephant statue filled with diamonds.

Kate trying to get Jennifer, Jack and John to convince Hope and Steve to accept the key to the city and award money for putting Orpheus away was both funny and excruciating. I understand why Kate wants this, but she can’t force Hope and Steve. But Kate’s like a dog with a bone and I do admire that. Still, by mid-week I was yelling at the screen, “Just take the friggen key!” After all the to-do about the key, the ceremony better be worth it!

Nicole wants Sami at her wedding to Eric so badly that she decided not to jump at having Abe officiate immediately at their apartment as expected, but instead, demanded her arch-enemy be present at their nuptials as a gift to Eric. They’ve ripped Nicole of her martini glass and her schemes and it’s hard to believe Nicole wouldn’t know that this is a recipe for disaster! This is what I heard her say, “I invited the woman who loathes me most to our wedding so she can cause loads of strife to ruin our special day.” I’m let down at how plot-driven and predictable this is. But I did like how she handled Allie and Eric, as the voice of reason.

Nicole’s been too tame for far too long. She needs to be sipping dirty martinis and scheming. Just a little. Give me something. Anything!

Eric and Nicole absolutely scandalized over a pregnancy. And they live in Salem. 🤣#DAYS

I get nervous when younger actors are cast these days, but Lindsay Arnold has been great as Allie so far! #Days

I hate that Shawn and Belle are proving themselves to be literally the worst parents ever, choosing their jobs in Hong Kong over being in close proximity to their mentally ill daughter. That said, I love Belle and Shawn and want them in Salem fulltime! Hopefully some of you understand where I’m coming from!

In the last two weeks of columns, I was annoyed by Lani. But that’s behind us this week when we saw a little of Elani’s romance unfold again. Let’s hope we see less of the carrying on about Gabi and more of their romance.

This week, Candace Young dishes on why she loves Jack befriending Xandy.  I have only one thing to add to that. I agree wholeheartedly.

My thoughts on Days of our Lives this week – join in on the discussion with your own on whatever storyline made you think.

Gwen to Claire, “I thought Granny the Wonder Shrink was getting you out?”

Jake to WilSon, “Apparently, this Dr. Rolf guy has turned this place into The Walking Dead.”