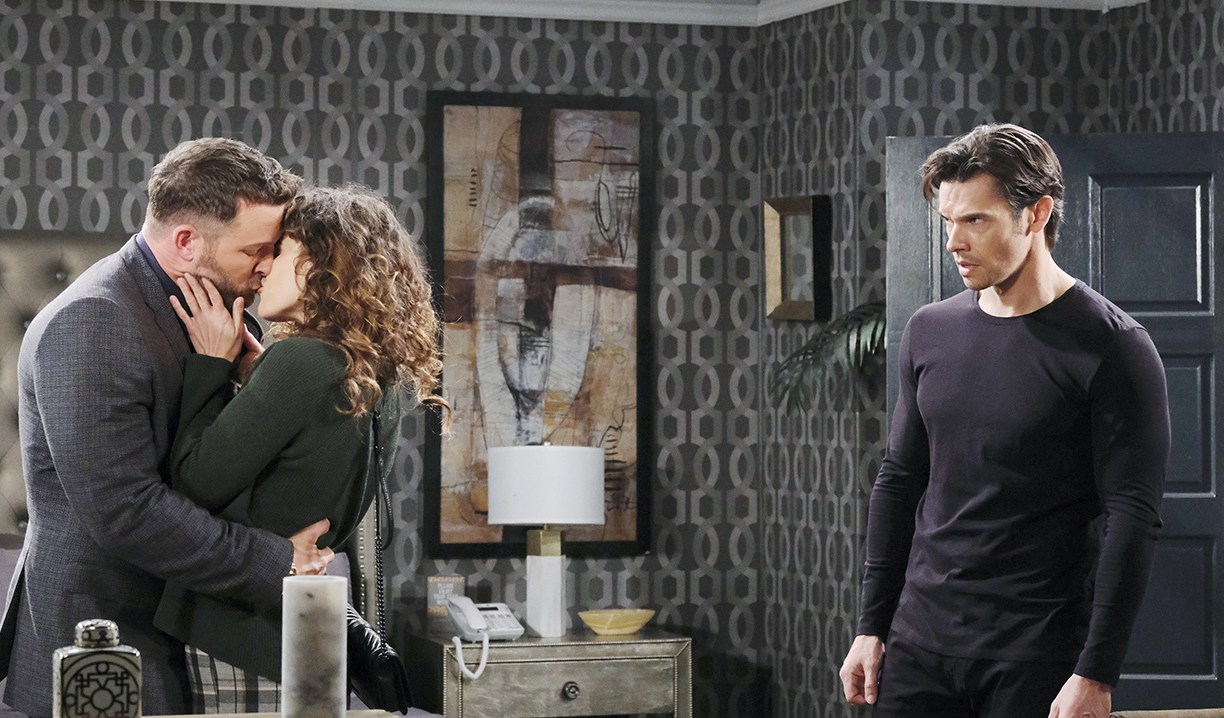 The themes of the week for Days of our Lives – wedding preparation and baby storylines. And Orpheus has finally left Salem. While I cheered, “Woohoo,” at the news, others are not so thrilled with the news, arguing that Orpheus is the villain Days needs.

No, we need more villains like Stefano and Victor. Subtle but just as deadly. Xander is a good start.

Love him. Don’t want him to be permanent Bc he’ll become way ott. I prefer the occasional pop up -though this last one was ill conceived/duller

I miss Sonny and Will’s friendship with Gabi. And when she came to them for support about Jake possibly being Stefan, I would have much more preferred if they offered to help Gabi find out the truth or at least support her in wanting to get to the truth considering Sonny has been there in his search for Zombie Will. Instead, she broke into Jake’s room and now she’s kidnapped. Their interaction seemed to be leaning toward them feeling unable to count on Gabi to teach Ari wrong from right.

I liked seeing Ciara and Brady in a scene. But our poor Brady really is clueless. He thinks that he can sell off the Asian division when it’s driving Titan a lot of revenue and nobody will notice. John already knows something is up since he’s back at Titan as CEO. And even Ciara, who came up with some excellent ideas to drive more revenue into the Asian division, questioned him. My guess is that this is what will drive PhillyK home.

I’m also finding it stupid that Brady and Sarah think they’re somehow fooling anyone by pretending they’re screwing to get Xander out of the way. It’s so bloody obvious! I get that they feel betrayed and that Sarah’s grieving, but do they realize they’re adults? Adults don’t do…let me rephrase. Intelligent adults don’t do this! Surely they can think of better ways to seek revenge.

Is it just me? Jack’s advice

One again Jack was the voice of reason for Steve, giving him advice about what not to do and what to do. And I wasn’t into it. We saw a scene too similar a few weeks ago. We can’t change what people do and I was bored since it went on way too long for my liking. Then Jack and Jennifer went all Bold and the Beautiful on us and yacked non-stop about Kayla, Steve and Justin’s business. I guess they have nothing else to discuss. Yawn.

In last Friday’s Deconstructing DOOL column, I found fault in Salemites’ lack of understanding of how to use birth control. Especially Lani, since she had to have known she wasn’t ready to have a kid again. This week, I’m over it. Her anxiety over having another baby was understandable since she lost David but without much prodding from Eli, three minutes after she decided she couldn’t go through with it, she changed her mind. I guess she just needed to get her feelings out but I found it a massive missed opportunity for us to watch her agonize for a few days, wondering if she should risk the possibility of once again loving a baby that could die. That’s where the real story was.

Claire asked grandma to help get her released from Bayview. Marlena noted the desperation in her voice and mentioned it and wondered what was going on to make her want to suddenly get out. While Claire said all of the right things about how she’s doing well in therapy and utilizing her time with healthy pursuits, it seemed rehearsed and obvious that she isn’t anywhere near ready to get out. I can’t believe that a psychiatrist actually fell for it. And I don’t think Claire is rehabilitated.

Though Marlena didn’t know at the time, we’re all positive that the Save the Date card for Ciara and Ben’s wedding had everything to do with Claire wanting out. But I do wonder what other secrets she has and not just that her friend Gwen is Jake’s ex-girlfriend.

Highlight: Claire pointed out that if the Necktie Killer is out roaming the streets, she should be able to. Hilarious, though I’m not sure I agree with that view!

More: Days fanfiction has Harold & Henderson at it again

I’m not a fan of personal things happening while at work so Justin popping the question to Kayla at the nurses’ hub made me cringe – hard. Wally Kurth felt the same. Justin was so earnest, poor guy. It looked as though Kay would say no until she saw Steve’s note wishing her happiness with Justin and decided that Stephen Stills might have something when he sang, If you can’t be with the one you love, love the one you’re with. Of course, not giving her full heart to Justin means she’s stringing him along, which is messy and disappointing. I’m not sure if Steve should reveal his true feelings. Again, it’s messy and I agree with Jack. It’s up to Steve, but better to do it now than to wait until the wedding day.

I loved Abe and Kate’s meeting, how Kate dove right in with her attempts to rehabilitate Abe’s image. They’re so polar opposite that their scenes work for me and I guess I trust that Kate can turn things around for Abe.

Those are a few thoughts on Days of our Lives. Feel free to join in on the discussion.

Kate to Abe, “Your popularity is in the toilet.”

Jack to Steve, “It’s like this is something out of Jane Austin.”
Steve, “Jane who?”

Deconstructing DOOL: Beyond the...