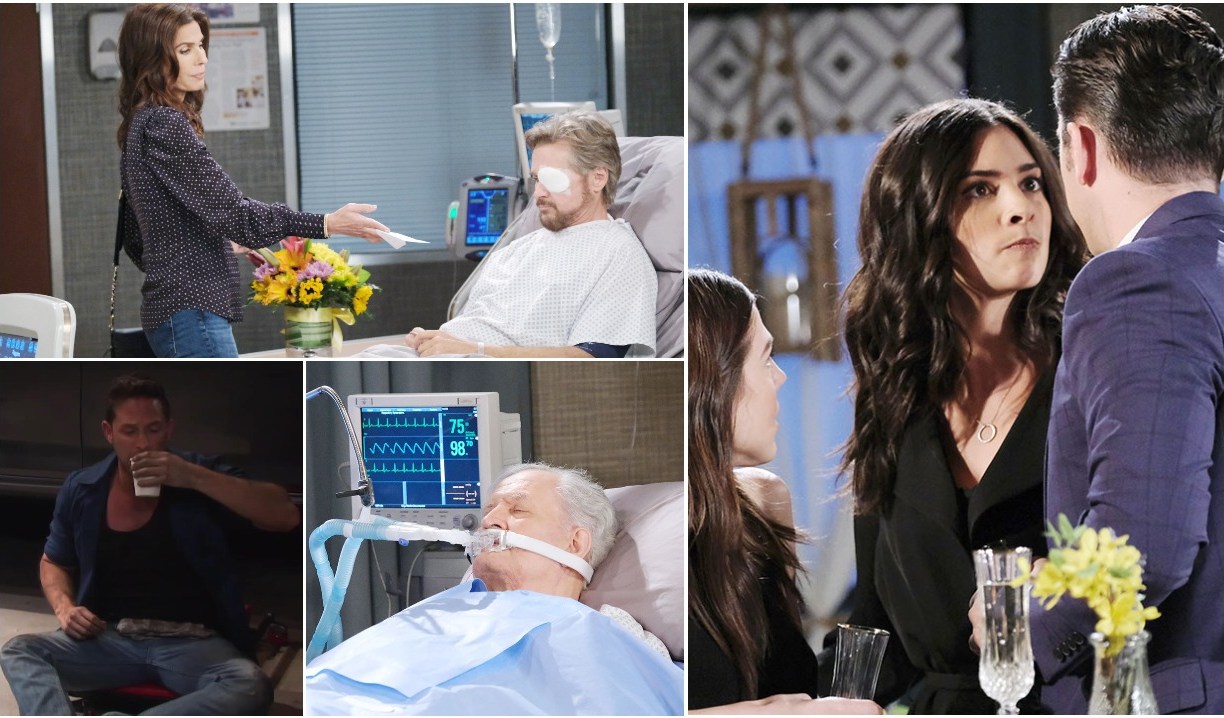 This week we watched, some with popcorn, some with a little vino, as Days of our Lives showcased attempted murder, threats of lawsuits, miscommunication, and arguing about two crazies. Some were annoyed while others bit back hysterical laughter at the pronunciation of Mr. Krackers, and in a shocking move, Julie kept her mouth shut…

As someone who is a fan of Steve and Kayla, I was surprised to find myself completely annoyed by both of them for their lack of communication and reactive decision making. After being together for 35 years, you would think these two would be more self-aware and know each other well. But then that wouldn’t make good soap. Many found it obvious that Kayla was going to choose Steve over Justin and Justin was a complete ninny to believe he isn’t the consolation prize. I guess to be fair, he’s lost his wife and probably wants to hang on for dear life to this relationship, but it’s not any less sad. Many fans are already speculating how long it’ll be until Justin cheats on her since he’s a serial cheater. Ouch!

It was interesting watching Steve and Hope bond over their misdeeds as Stefano and Gina. I’m already wondering how far they’ll take this and because I’m miffed at Kayla, I’m curious…

It was fun watching Chad and Abigail’s argument over Sarah vs. Kristen. I couldn’t help but notice Abs pounding back the drinks this week though Chad didn’t see past his CEO job as usual. She’s on psychotropic drugs for DID which don’t mix well with alcohol. Things quickly ‘got real’ when she hallucinated Ben wielding his necktie.

It’s probably for the best that Chad’s CEO of DiMera but I did like Li Shin’s appearance in Salem and am curious about what’s to come for him. Gabi’s meltdowns are becoming her trademark. She is the queen of crazy rants and has had a lot of good zingers lately. At one point she called Chad and Abs unstable. Hilarious. I can’t argue. They’re all unstable which makes them interesting, though overall, it’ll be healthier for this threesome to stay out of each other’s way. I think Gabi might have something with her wrongful termination suit, but we’ll see where it goes.

What I didn’t get was why Abigail tagged along to her husband’s office. So cringey. He’d never tag along to The Spectator with her.

Gabi’s seeing Stefan all over the place was terribly cheesy, but a way to build toward that big payoff. It was a surprise that Ben saw “Stefan” first in the garage. They were good friends, so I’m looking forward to the continuation of that scene next week.

The “bitch” is back

Kristen may want to be that softer, sweeter version of herself, but couldn’t help the evil that bubbled up within when she tried to murder Victor. Since she had no problem stabbing Victor, it’s easier to suspect she could have pushed Haley Chen down the stairs intentionally. I found her rage at Xander and Victor warranted but attempting murder was a boneheaded move and shortsighted for someone who wants to be a part of her child’s future. Course she is a DiMera, so anyone thinking she’ll do prison time needs to hand in their soap card! Last week I hoped that in Deconstructing DOOL, Kristen and Marlena wouldn’t be friends. If the truth does come out, I guess that won’t be a concern. But will it? Will Brady take the rap? Will they try to frame Xander? The possibilities are interesting.

Her entire hypocritical outlook about the baby swap and kidnapping was ridiculously funny to me though it set some viewers on edge! She actually asked Xandy, “Who would do this?” It was fun watching Xander tell her she would and did try to steal Sarah’s baby first. Not to mention stealing Theresa and Brady’s embryo.

Kristen should just put her mask back on and beat Xander up #days pic.twitter.com/gTZqLixIzZ

I loved that pilot, Joe, who couldn’t pronounce the name Mr. Kiriakis correctly. It added reality to the scene and made me laugh for ten minutes straight hearing him say, “Mr. Krackers.”

Brady’s turning into Lucas, disowning his grandfather whenever he does something true to himself, just like how Lucas used to when Kate would do something Kateish (nasty).

Julie impressively kept her mouth shut with Maggie about the kidnapping. That took some willpower – and help from Will. Remember when Will used to be involved with the rest of his family? Grandma Kate and Marlena? Yeah, me neither.

Marlena didn’t look through her peephole before opening her door – to Orpheus of all people. This is a woman who has been through hell because of him and various other villains. Dumb move.

I love our vets dearly but have been longing for more people in their 30s to grace our screen again and balance things out.

I hope Abe hires Kate. They’re like night and day. Light and dark. It could be fun.

Someone is always in the hospital. Steve’s about to be released so Victor’s been admitted.

Random lady knocks on door because a baby is crying? #days pic.twitter.com/OdIxS3NfpQ

Those are a couple of thoughts on Days of our Lives this week. Join the discussion!

Victor to Kristen, “Are you done ranting? I’ve got things to do.”

Sonny to Will about Julie almost telling Maggie the truth, “Why would she even think to do that?” 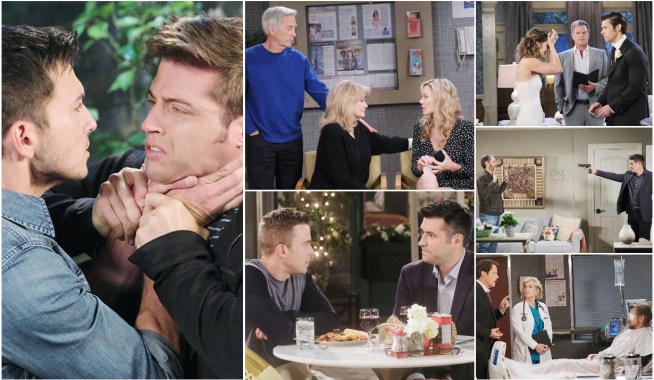 Deconstructing DOOL: The Majority Seems to Either Love to Hate Orpheus or Love Him 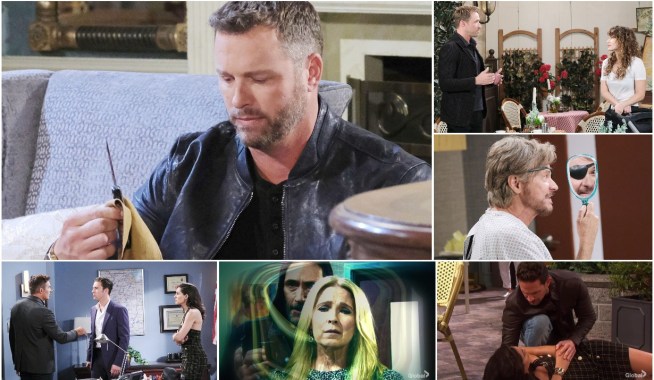