Deconstructing DOOL: Some Screamed in Delight, Others Screamed to End the April Fool’s Episode 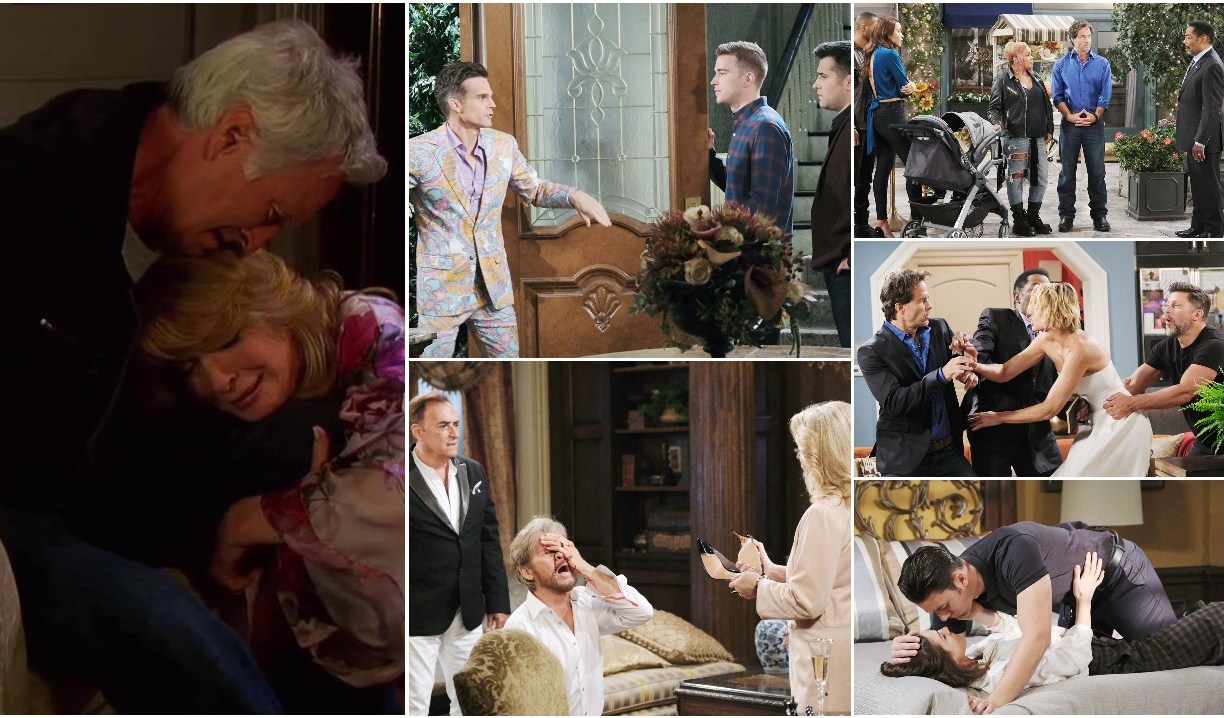 Days of our Lives had some brilliant moments this week such as that hilariously written April Fool’s day episode, the romance between Ciara and Ben, Eli and Lani, and John and Marlena, and while I’d been grumbling about the Stefano story needing to end, it happened, and the end was well done. We also found a theme of using a wine or champagne bottle to hit people over the heads. Gabs hit Abs with one by accident while Ciara hit Clyde and killed him with one in the April Fool’s episode.

Every so often we’re reminded that Brady was unaccepting (he was dreadful!) of his step-mama Marlena while he was in high school. They bring it out as part of a heartfelt moment but we don’t actually need it to be moved by these two. It’s easy to be moved by their love. Brady ruined the moment by forcing Kristen down our Marlena’s throat again. John and Marlena have been civil with Kristen which I will grumblingly accept as being ‘okay’. It intrigues me. But nobody wants to see Kristen and Marlena joining hands singing Kumbaya. And come on, Brady’s supposed to be in what – his late 40s? He doesn’t need his mommy and daddy’s approval to date Kristen, nor does Kristen deserve Marlena or John’s trust or respect. There’s too much bad blood between them. At least we know Eric will never forgive her and he shouldn’t. But who knows what will happen once everyone learns Rachel is Brady and Kristen’s baby. It’s going to happen soon considering Brady saw Rachel’s birthmark. Nice twist. I didn’t see it coming! But of course, Brady’s not known as the smartest Salemite. He went into denial. Some viewers were collectively rolling their eyes that he didn’t automatically believe the kid was his.

Bone to pick: Brady was shot yet is carrying Mackenzie around like nothing ever happened.

Ben and Ciara spent a lot of time in bed, much like Lani and Eli recently. These couples had a lot of time to make up for so it was fitting. The scene was lighthearted. Housekeeping is going to find a lot of crumbled up cookies and smushy noodles in Ben and Ciara’s bed! I’m dying to know where these two will live and work once they come up for air.

The women and the men saved the day in Tuesday’s episode which was appreciated. It was fantastic seeing a large number of characters in one place at one time, especially since it wasn’t for a wedding. John talking Marlena back to him was seriously romantic. I was into it and teared up. Though Marlena has a chip, we know it’s not the same as Steve or Hope’s, which removed their consciousness. Marlena was herself, but I guess susceptible to suggestion.

Seeing John shake Chad every few seconds when Chad mouthed off to Tony was oddly funny, though I didn’t believe for a second that a much younger, physically fit Chad could be held back by John. That made me laugh more. As for Anna, I wish they didn’t write her as so whiny. It annoys me though it was fitting that she took Steve’s eye again. Somebody had to do it! I did laugh when she innocently offered Tony her shoe to finish Stefano off.

Abby was able to bring Chad back with a kiss and it does look as though Chad’s back, but I think he’ll need some hypnotism from Marlena to be on the safe side. I thought it was a nice touch to have another private reunion for Chabby since the writing for them as a couple is so rare.

John: Steve was hurt pretty badly, but for some reason we stood around for 45 minutes and talked. I even gave a speech. #Days

I cheered in last week’s Deconstructing DOOL, that Stevano’s story was almost over and the climax was good though I rolled my eyes listening to Kristen’s “sudden” realization that she devoted her life to a “pathetic loser” in Stefano. That’s hard to buy. When she spoke with Tony at the end of the week at length about why she doesn’t want to go back to being a lunatic she drew me in some (damn that Stacey Haiduk’s incredible acting!), but she reminded us she’s kind of both a psychopath and a sociopath! She can’t change. Overall, I’ve loved watching this nasty piece of work, for years and I don’t want her turned into Jennifer Rose. We need our villains to balance our Jennifers.

More: Greatest baby swaps of Days of our Lives

I was on social media the entire episode and most loved this episode for various reasons. Some hated this episode with every fiber of their being. As for me – I found this episode to be sheer brilliance. It was hilarious, well written, the dialogue was incredible. The actors looked as though they had a ball taping it, and the stories tied in with the other characters. I screamed in delight for the entire hour. In a time where many people are anxious, it’s a pleasure to escape to Salem and see Leo “I didn’t know it was your baby,” selling Sheila’s baby, watching the three twists as to who Sheila’s baby daddy actually was, Eli, Daniel and then Abe, then watching Dr. Dan back from sampling tasty waves and trying to two-time Sheila with Nicole – amazing! I liked this episode better than any of the Halloween episodes.

Abigail, Stefano/Steve ain’t the only one in agony watching this scene. #Days

I am loving this episode of #Days. Nice to have some comedy

#days My head is about to explode over this Dr. Tan stuff. But DC looks like he’s having fun. 😆

Those are just a few of my thoughts on Days of our Lives this week. Join the discussion!

Best lines:
Kristen grabs Chad’s face, “Come on, snap out of it.”

Kristen to Brady, “Dr. Rolf got a group rate on mind control.” She looks at Chad, “Exhibit A.”

Tony to Stevano, “Don’t touch my wife. Or I’ll take out your other eye.”
Anna, “Do you want my shoe, Tony?”

Ciara says to Ben, “Don’t you forget he used to beat you like a gong.”

Sonny, “And where did this baby come from?”
Leo, “I think that’s a conversation you should have had with mama Kiriakis.” 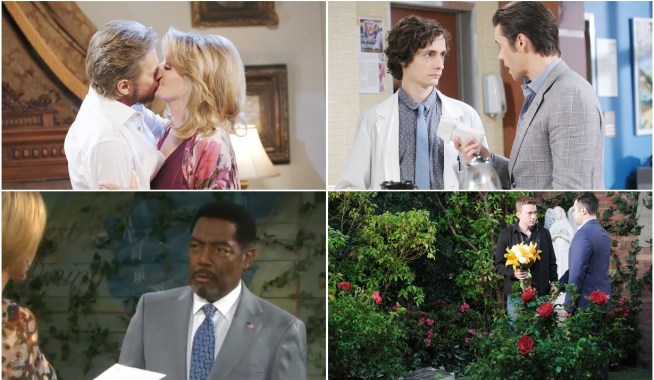 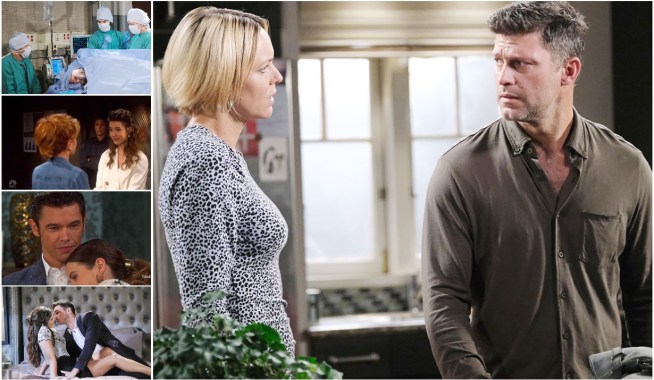