Deconstructing DOOL: Romance in the air, yet something in the water 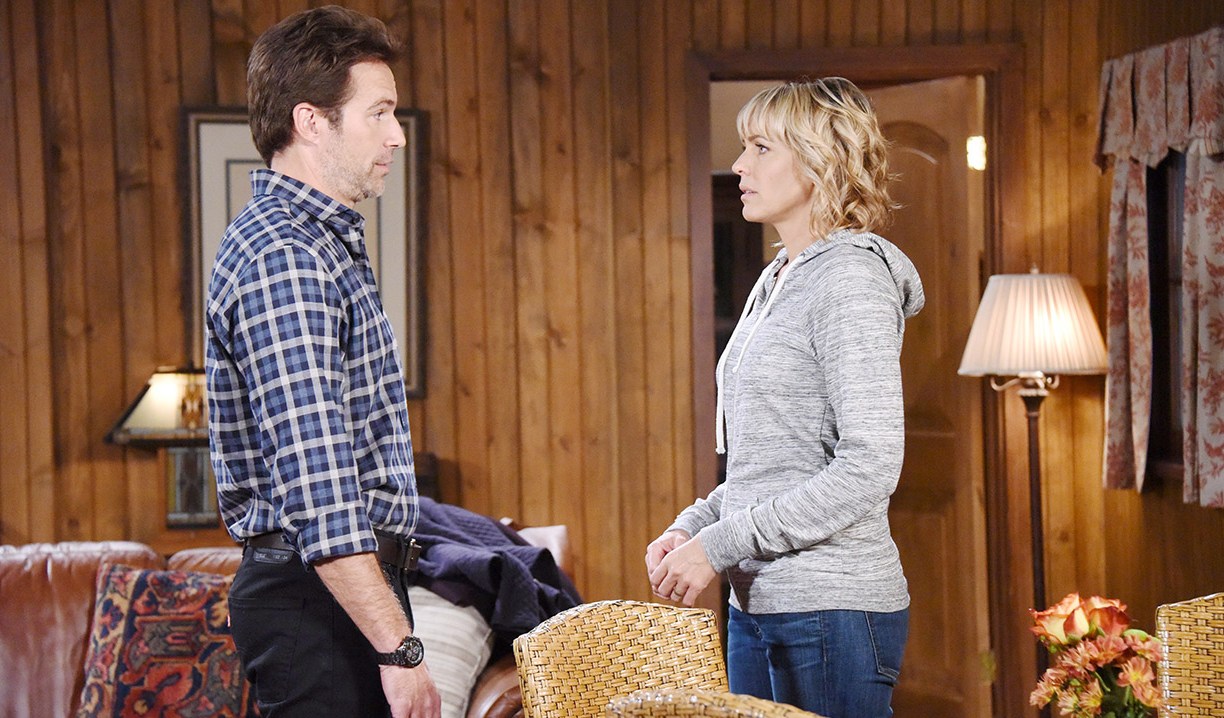 The week started with romance between JJ and Lani, Chad and Abby, Paul and Sonny, and Marlena and John, albeit the latter in fantasy form. The rest of the week had Ciara thinking Claire was her cousin, not her aunt, and Sonny thinking his uncle Victor was his grandfather. Must be something in the water…

Nicole’s a shell of her former self and it’s a travesty.
Last time in Deconstructing DOOL, viewers felt changes to the writing couldn’t come fast enough. This week was no exception. Brady and Nicole’s adventure didn’t win anyone over when they lacked even the tiniest amount of courage to tell their nosy, boring neighbours that they didn’t want their company, and Nicole’s reaction to Scooter remembering her from her x-rated movies was pathetic. First of all, what grown-assed man answers to the name of ‘Scooter’? And in this case, Nicole’s father forced her into using drugs so he could thrust her into doing porn for VHS under the alias ‘Misty Circle’ called “Locker Room Lolita,” 20 years ago. Thankfully she let Scooter know she was forced, but he didn’t care. Not only is he holding that over her head but now knows who she and “Freddy” really are. That escalated fast.

Who else misses Nicole’s edge, strength and fight?

@docandjohn4ever @tabby2325 She destroys even her favorite’s she has no business being a writer especially for women.

Paul and Sonny suddenly in love?
Fast forwarding through the plot will ensure that fans fast forward through episodes. In this case, Paul and Sonny shared two kisses this year, no flirting or canoodling, no dating, yet we’re supposed to believe they’re in a relationship. What’s the point of a show if all the good stuff happens off screen? The biggest upset to their fans came when the spoilers read that Paul and Sonny would make love when all we saw were a few kisses at a hotel, (instead of Sonny’s bed at the mansion) and then the scene cut to Chad and Abigail in their bed doing the dirty, shirtless. What a slap in the face. Gay couples deserve as much respect as the hetero couples.

@SheKnowsDOOL @nbcdays Agreed!! I miss the days of watching a love story unfold!! now they wake up and decide they are in love. IT is very hard to watch.

@SheKnowsDOOL @nbcdays to be honest I was never gonna like them but I agree they should of got a story but this writer can not write romance it is all plot points.

JJ should focus on his own life.
Gabi’s trying to move on from Chad and all JJ can do is act like a douche and remind her once again what she’s losing with Chad. Oy. How is she supposed to move on, perhaps with Eli, if everyone’s reminding her of Chad? Maybe when Gabi sees JJ next time she should walk – no run – the other way.

Victims, survivors and friendship ruined.
Ever since Abigail returned “from the dead,” she’s been fragile and seen as a victim by many viewers, when they’d prefer to see her a survivor, showing her strength more, verbally, the way she did with Kate when she defended her marriage. Not by standing by her man knowing she only gets half his love. Ack. How ironic and interesting that Abs has kept Dario’s profession of love from Chad. That’s going to come back and bite her in the ass. That’s a teaser but it’s not hard to see coming. It’s a shame another friendship has been scrapped and over a man but I have to hand it to Gabi and Abigail for handling things maturely when they run into each other. So far. If the show could stop faking these backstories for Chad and Gabi, that would be great. I may find them the more exciting couple of the two but these phony backstories are slowly killing that.

Kate and Marlena’s capricious night out.
Kate and Marlena’s ladies’ night out came out of nowhere but felt like a crumb of goodness. It’d be nice to see them in scenes together more often. Kate went off on Sonny for “spitting on Will’s memory” by dating Paul, but it turned into quite the poignant scene with Kate tearing up when Sonny explained how he’s resisted his feelings for Paul for a while and hated himself for feeling them. This was the highlight of the week. Kate was into everyone’s business this week but in addition to Sonny setting her straight, Abigail didn’t back down when Kate stomped all over her marriage, and Gabi noted that the only time Kate meddles is when she has issues in her own love life. Good times!

@SheKnowsDOOL @nbcdays My rage is that #Paulson gets a love scene on #Wilson‘s wedding anniversary!! they couldnt wait another week??

That’s all from me. Whether we agree or disagree, I’ll always respect your views and hope you respect mine. Feel free to comment about the week. Read more rants and raves with the weekly soap opera blogs.

Kate, “You should have treated her to being run over by a rusty lawnmower.”

Paul, “I’m happy we’re going on a double date with JJ and Lani, like a real couple.”

Sonny, “We are a real couple.”

Sonny to Paul, “The professionals? You mean real men? You don’t think much of me, do you?”

Deconstructing DOOL: Changes to the...

Deconstructing DOOL: The theme of...