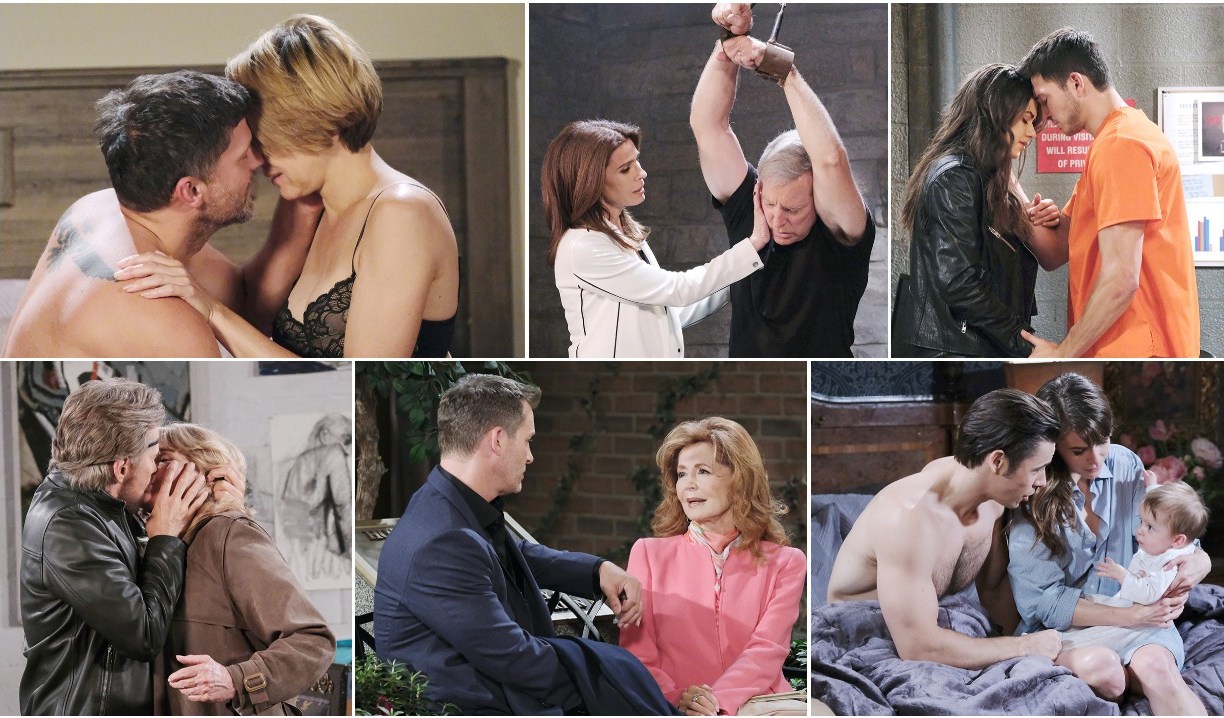 Salemites experienced a romance this week with reunions and a new coupling. Those scenes should make even the most discerning Days of our Lives fan happy. Though I’m sure if the romance stuck it’d make them happier. Maybe we’ll get one more week of it with Valentine’s Day coming. Otherwise, there are a lot of complaints about most of what’s airing right now. A large chunk of the audience doesn’t like the continuation of Steve as Stefano, Hope as Princess Gina, or even Hattie pretending to be Marlena in scenes with “Stevano.” The story was already told in the 90s which long time viewers remember all too well. Almost the entire Days fanbase finds Will protecting Maggie to be outlandish and the baby switch doesn’t interest them. Meanwhile, seeing Ben as a hero and watching Will help him escape prison is bothersome to many who still see him as a serial killer, not a mentally unstable man.

It sounds honorable but is it?

Xander’s been running around Salem searching for someone, anyone to be tested in the hopes that he’ll find a donor for Mackenzie’s bone marrow transplant surgery. It sounds honorable and it’s endearing to watch. He loves Mackenzie and Sarah – in his own way. But much of his motivation is to keep his unforgivable secret that Mackenzie’s not even Sarah’s kid. It kind of puts a damper on the romance. It would have made an even bigger impact if the baby switch wasn’t revealed until a few months after Sarah’s profession of love. Playing the long game means bigger stakes with the audience falling for them being crushed when the truth came out. I digress. As Xander works against the clock, Sarah and Eric have been whining, brooding, crying and making out like bandits. Yep.

It’s been a difficult pill to swallow watching Will consider spending his life in prison as an innocent man instead of revealing that Maggie caused the accident. Even if she wasn’t the cause. If Brady was in prison and wanted to protect Maggie, I’d find that 100% believable. This – is stupid. I spent the week flippantly asking, “Did Will even know Maggie?” Besides, as a parent, Will’s daughter should come first. Arianna has already been through the wringer with her dad’s death, her mama’s prison sentence, her parents’ divorce, and her step-father’s death. Will thinks he’s doing Mags a favour but keeping this from her isn’t doing anyone a favour and besides, his kid needs one. In addition to finding that out of character, many are angry that Will is helping his murderer escape from prison. It’s all coming too soon and though some are enjoying their friendship, not everyone is over Ben being a serial killer. Something needs to be done with this character in order for that large portion of the audience to move on and keep watching.

Moaning Maggie might be the most emotional character we’ve seen to date. The constant blubbering is annoying. She wasn’t always like this. When I teased on Twitter if anyone had been keeping track of how often Maggie cries, I was told, by Daysfan, “Every single time she airs.” Fix that. Please.

#Days wants me to believe Will cares more about Maggie Horton than his daughter? Really? Than his husband? Than his parents? His siblings? Such BS.

Finally, a reason to care

The stakes are finally high for Ben and Ciara, especially now that we know Ben has three weeks before he’s put down. Their scene finally made me sympathetic. I was surprised to agree with Clyde. Ben going on the run might be his only bet. It worked with Hope while she tried to clear her name.

Though some fans are still finding the Stevano and Princess Gina storyline quite entertaining, there is a large portion of the audience who is tired of it and have been for a long while. They’re begging for it to be over. We seem to have reached a pinnacle with the reveals this week. There was Hattie pretending to be Marlena – a great job though I did suspect it since Monday. Since Stefano revealed himself to her, the cat is out of the bag. And then there was John’s savior, Marlena’s ultra cheesy entrance to the dungeon, yelling at her arch enemy Gina, “Step away from him, you bitch!” Hopefully, for them this means we can soon move on to new storylines at least after February sweeps ends.

Last week I touched base in Deconstructing DOOL, on Eric’s lack of happiness. This week that all changed rather suddenly. I’m glad Eric forgave Nicole but we didn’t even get to see him talk through his issues with anyone before he just suddenly forgave her and took her back. At the rate these two break up and reunite, they would be better off taking notes from…I can’t believe I’m saying this, Brady and Kristen and doing a casual bagel date instead of jumping back into the sack and living together. On that note, I’ve been really into Kristen and Brady’s romantic reunion and found it sweet watching him tell Maggie about it. It’s a nice respite from watching Kristen ruin lives and Brady whine about his constant female issues. Of course I realize the audience is being manipulated. Has anyone else noticed that when Kristen braids her hair she’s happy and vulnerable? When she takes out the happy braids and slips into the sleek red dress, she’s nasty. I can’t see her staying happy forever. Will we see the red dress come out once she and Brady find out what Xander and Victor did?

Anna, “Tony, I finally have you back and you’re not in a dream or in my purse. The real deal.” 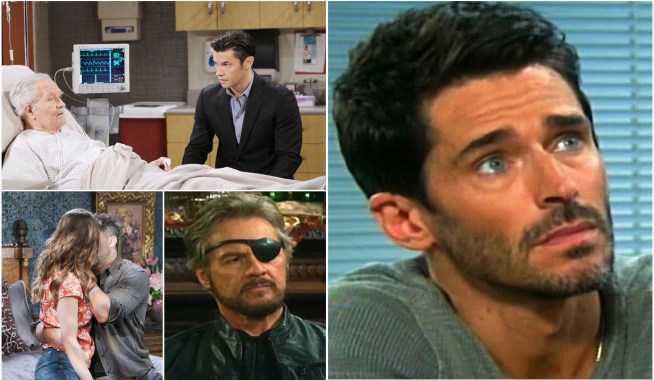 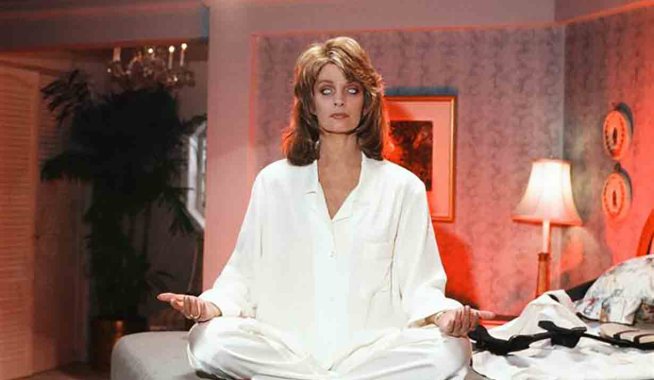