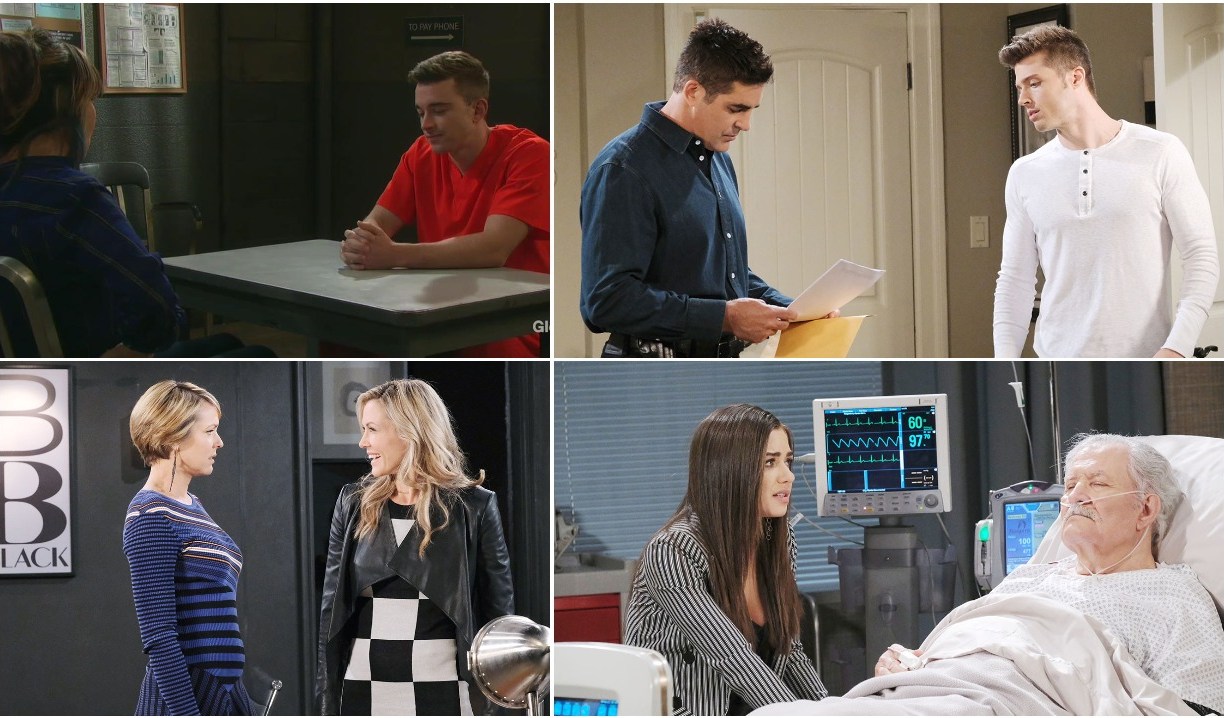 The week we spent together watching Days of our Lives was entertaining for me. As usual. Let’s get right to it!

I burst out laughing when Princess Gina fired Rafe and he blinked and shrugged like, “Yeah, no. I’m not.” In fact, he’s got this file on her inconsistencies as police commissioner – that he was smart to take with him when he left the office. I loved that scene. I am often not sure how to feel about Rafe. One day he’s competent, intelligent, and the next, a lunkhead. We’ve all seen this with past SPD cops except for Eli who was dumbed down after he quit. The lunkhead didn’t get a background check done on Evan before hiring him to care for David, especially in the wake of his mama being psycho. As a former police commissioner and current policeman, a man who has seen several kidnappings in his career, it really doesn’t track that he’d bypass something so important.

I enjoyed Nicole somewhat this week. She demonstrated some of her old gumption when faced with Kristen and had a few witty lines. Let’s just hope that provoking Kristen too much doesn’t wind up with Nicole locked up in the secret room. Kristen’s been more aggressive lately. It can be entertaining or annoying depending on your thoughts on the character. I often think of her like a lioness stalking her prey. She’s very physical, not just when she’s beating up on her room at Salem Inn or as I mentioned in last week’s Deconstructing DOOL, beating up on Christmas decorations, but she’s very…sensual. It’s peculiar and hypnotic.

Highlight: Though Nicole mentioned Eric this week, as we expected, she didn’t cogitate endlessly over their relationship woes.

I haven’t had much to say about Ciara and Ben lately because the story was at a standstill and all their scenes had repetitive dialogue, things have progressed with Ben’s last appeal not going through. Though I don’t see him being killed off, it still doesn’t bode well. How devastating. It was heartbreaking to watch Ben fight back his emotions and for Ciara to finally burst into sobs. Now that Ben feels he’s nothing left to lose, will he go along with Clyde’s idea to break out of prison?

By now we’re all assuming that Evan is David’s father. Jordan seemed horrified at the thought of her baby daddy in her kid’s life so my theory is that if Ben didn’t murder her that Evan could have done so in order to get her psycho ass away from his kid and set Ben up…

As for Ben’s roomie, I loved his scene with Kate, her defense of his marriage and his unwillingness to budge. It was both heartbreaking and funny.

More than he bargained for

Jack and Stevano’s argument was pretty nasty as far as arguments go but since we haven’t gone through Adrienne’s death yet, I didn’t feel the full effect. It was shocking to have “Steve” bring up the rape since that, along with Stevano “Tripp-ing” up (see what I did there?) over how many kids he has would feed into Jack’s notion that Steve’s not the same man anymore. I wonder if Stefano lies in bed at night shaking his head, wondering if being in Steve’s body is worth it.

Mixed thoughts on the stroke

A few viewers thought Victor was faking the stroke to get away from Ciara’s accusations. That could have been funny. The acting was terrific and the scenes poignant. The treatment seemed very realistic as did Ciara’s irrational guilt. It might bring Brady back into Victor’s life, but overall it seems to have prompted Victor to come out with his secrets. Next week we’ll hear one with shocking implications.

Maggie needs to wear a bell

Man, you can’t even pray in the church chapel without someone sneaking up behind you and eavesdropping and then asking what you were praying to God about. Maggie’s only the latest of Salemites who have no boundaries when it comes to privacy.

Sarah and Maggie when they see someone in the chapel having a private moment with God #Days pic.twitter.com/YzRL7AMKet

Lani opened up to JJ, not Eli, in a roundabout way about what Gabi did to her. While I’m happy she has another person to talk to, I’m not happy she dragged JJ into the whole mess. He’s not in any position to help anyone but himself right now and getting involved in someone else’s problems or revenge plot could mean he doesn’t deal with his own shit.

There you have it – my thoughts for this week. Leave your own in the comments!

Brady about Kristen, “Yeah like Malaria, she never really goes away.”
Kristen, “I’m now Co-CEO of Basic Black.”
Nicole, “Because of your experience in the prison laundry?”

Kate to Will, “I don’t trust Evan and I’m going to do a little digging.”
Will, “Can you talk to me before you try to poison him? Because that never really works for you.” 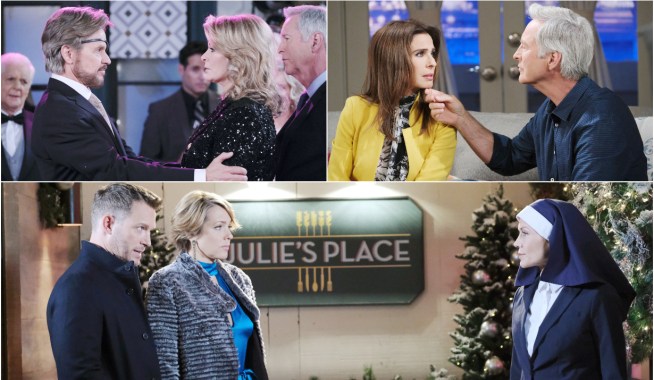 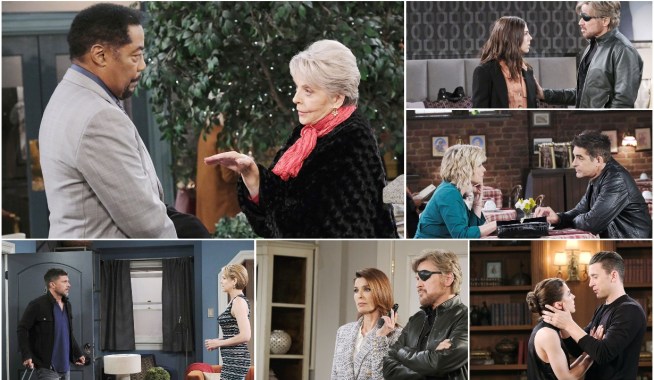