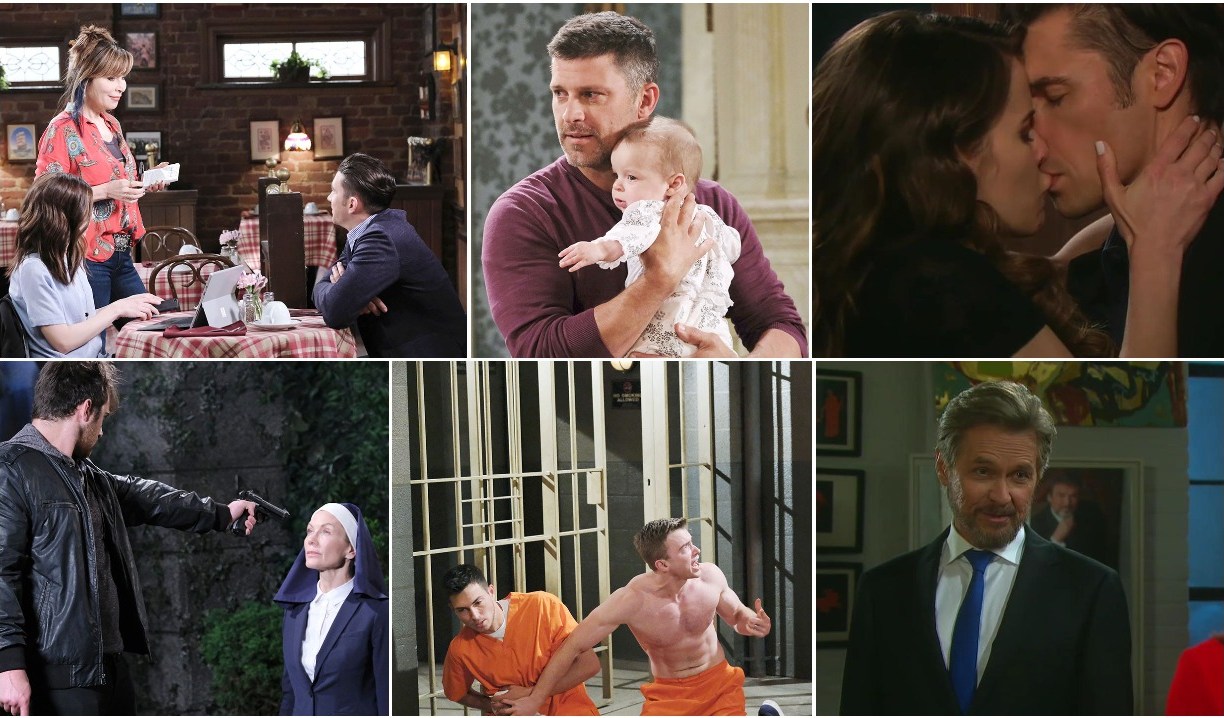 Last time I wrote in Deconstructing DOOL about viewer confusion since the time jump. I’ve seen a lot of complaints about how unrealistic the show is. But that’s nothing new. It is unrealistic! I believe it’s supposed to be but that’s because I became hooked on Days of our Lives in 1994 during Marlena’s second possession. I haven’t known the show to be anything but a mix of science fiction and the paranormal. It’s probably a lot harder on really long-time fans of the show that watched before all of the ‘hocus pocus’ came into effect. For me, I probably thrive on unrealistic! Though, this week was full of (mostly) realistic, dramatic, moving scenes, which balanced things out.

Sonny’s lonely and him having a meal with Evan is fine, but Evan disrespected Sonny’s marriage with that kiss. He did quickly apologize quickly and kicked himself after so I can’t be too concerned. Sonny seemed to take it with a grain of salt. What that means, we’ll see.

The height of vulnerability

I can’t remember the last time I really felt for a character the way that I did on Thursday’s episode when watching Xander go through the shock of hearing Eric wanted him out of Sarah and Mackenzie’s life in exchange for shared custody. After the shock his reaction was anger. He wanted to pound Eric, but in the end, he gave it thought and agreed it’s for the best. How selfless. How devastating. And yes, how shocking of Xander who has many layers. I felt really bad when he brought up that all he ever wanted was to live in the Kiriakis estate and belong to the family. The writing for Xander is brilliant. But I really hope he keeps his bad boy ways, too. I also hope that Eric relents and allows Xander time with the baby since she knows him better. To rip a child from the only father they’ve known is painful. Eric’s a forgiving man and in time, maybe he’ll see things differently.

I like Kate and Roman’s scenes. A lot. Roman’s a good decent guy and Kate… well, I love my Kate but she’s a bad girl. I never want that to change but I enjoyed Pard and Kate when they were together in the past and I like them being in each other’s orbit again. It’s a good balance. They’re fun to watch bicker. And it’s an interesting change having her waitress again. It puts her in everyone’s orbit’s not just Roman’s which could make for some funny scenes since she’s not the nicest Salemite to have as a waitress.

I finally got into the novice or nun story. I know, their habits are ridiculously tailored and they look far too gorgeous, and they’re wearing makeup. But Eli and JJ’s arrival brought the excitement as did Kristen and Lani’s discussion about leaving everything behind. I think Lani might actually start fighting for Eli once she realizes that running away from her problems isn’t helping. As for JJ, I didn’t think I cared but it turns out I don’t want JJ to harm Kristen. Not just because I suddenly care about Kristen again but because I like JJ too and Haley’s ghost is right. It’s not worth doing time for.

I think I’m into Steve as Stefano so far, but every time I write Stefano’s name in a recap I feel – this is nuts – disrespectful of Joe Mascolo since Stefano was one of my all-time favourite characters in any soap. But Steve, for all intents and purposes, is Stefano. It’ll take some getting used to. I’m a bit confused about what year Princess Gina and Stefano think it is because Gina told Steffy that he hasn’t seen his Queen of the Night in a decade when in actuality, Stefano saw Marlena at his place in 2016.

The voice of reason

That was some impassioned plea from Brady to Eric about forgiveness. It was especially poignant since he has lost so much this past year and since Brady blackmailed Nicole a few years ago and kept her and his brother apart. He even took the blame for this whole thing. Brady’s grown since he lost his baby and Kristen. He won me over. Eric should forgive Nicole.

Thoughts from a few Days of our Lives fans on Facebook:

Danny S says, “I think it’s brilliant. Of course Stefano would do anything to make sure he beat death. Even if his body gave out, he would find a way. I think he would have rather taken over John’s body though.”

Elaine C says, “Don’t know if I like it or not but I was on the edge of my seat wondering who it was going to be as we know Joe has passed away in real life.”

Diane C says, “DOOL is going bonkers. What an asinine idea. An insult to the memory of the authentic Stefano.”

Here Ben comes to save the day

I’ve got to hand it to Ben. I’ve been assuming that he has schizophrenia and can’t believe that he hasn’t had symptoms crop up with the amount of stress he’s under. I’m still wondering why he’s not in Bayview serving his sentence. Maybe they’ll flash to his court case to clear that up or maybe it’ll bug me forever. Last week I said I wasn’t ready for Ben and Will to be friends. It wouldn’t ring true for me at least not now. It’s a bit too much. That said, I do think Ben saving Will’s life from Clyde will at least release the strain of them being in such close quarters.

Please feel free to share your thoughts on the show this week in the comments.

John trying to figure out who sent Marlena flowers: “Maybe it’s Sam from the deli.”

Stefano, “Why did I have to have this body?”
Gina slaps Stefano’s bum, “This is nothing to complain about.” 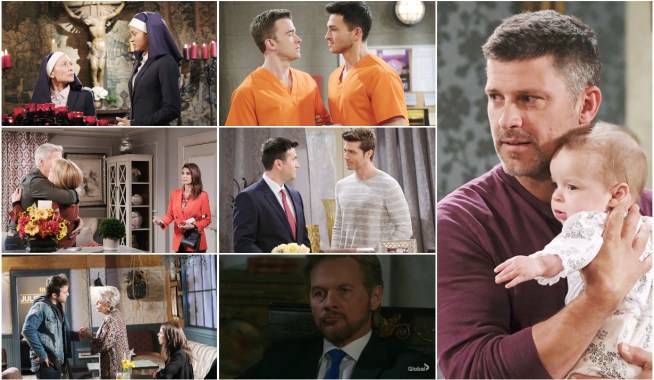 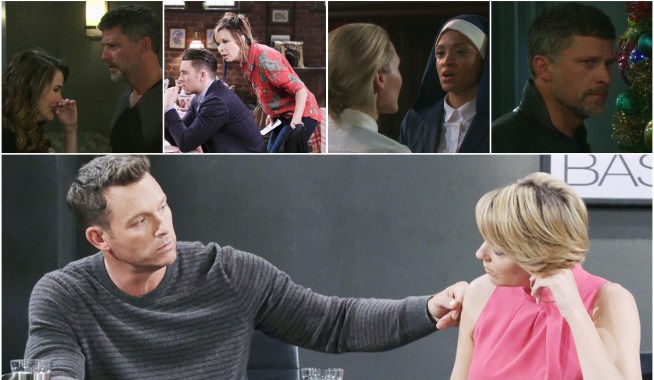