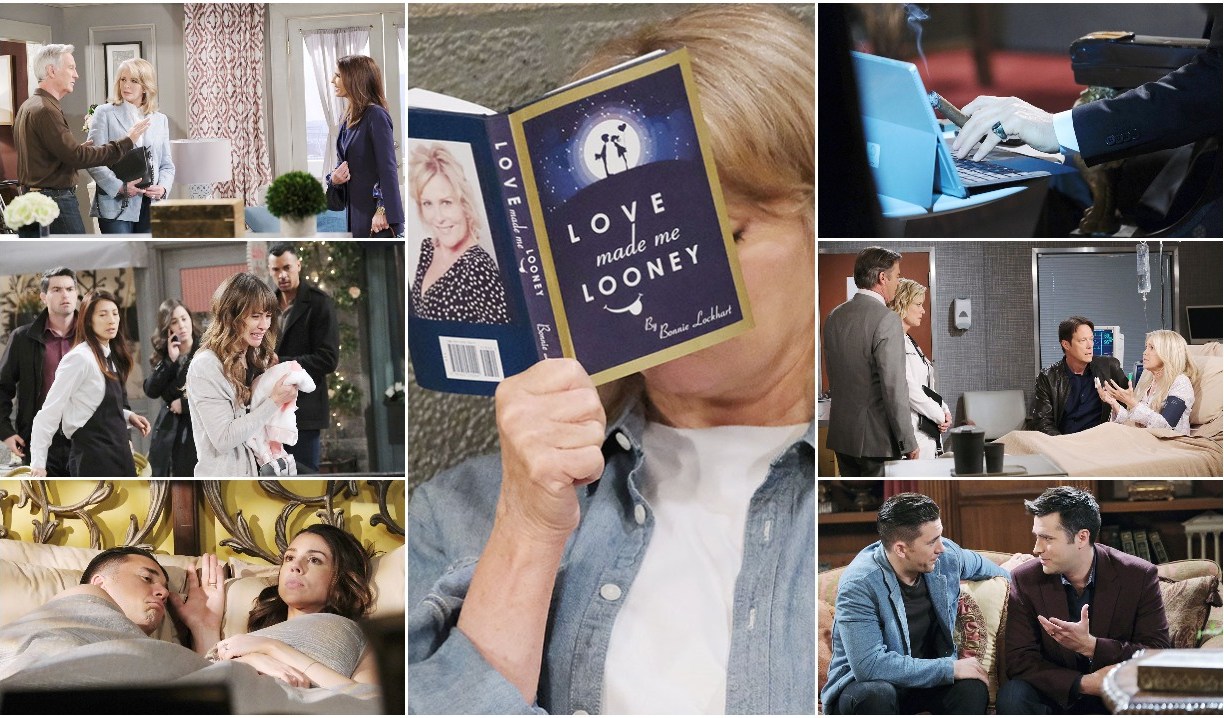 Congratulations go out to Days of our Lives who were renewed for season 56. It was fantastic news after the news of the hiatus and everyone being let out of their contracts. My team has been calling it the best soap right now – ratings be damned. But there are those who aren’t watching for a myriad of reasons. Change can be daunting. Some worry it’ll ruin their soap while others don’t want to bother watching on the off chance that the jump is all in Jennifer’s mind. Either way, as long as we’re entertained, is anything really a waste of time? It’s still Days of our Lives, with the same characters doing the same things they normally would but the drama is amplified since we’re finally surprised on a daily basis. This is only the second week. I say let it unfold and maybe you’ll find it’s still your show.

More: Last Blast reunion is on the way

A shrink without a clue

Last time I wrote how strange it was in Deconstructing DOOL that nobody’s skeptical of Hope not being herself even after an entire year. Since Gina has Hope’s memories, I know not everyone will see something is amiss but Marlena studies human behaviour for a living and I had hoped that at least she had an inkling. It makes no sense that she hasn’t by now questioned what’s going on with her friend. At least Rafe looked at “Hope” like she was messed up when she acted like she didn’t care to look at the CCTV footage of Mackenzie’s kidnapping. That’s something!

Gina’s got a drinking problem. She can’t seem to get any of the wine in her mouth.

I’ve watched this way too many times! 🤣 I can’t stop! https://t.co/RBocsqPeTp

What a horrifying shock for Sarah when Mackenzie was kidnapped from a busy square, right under her nose. It’s a mother’s worst nightmare. Sarah had a conniption that was warranted even though dogs in the next state could hear her screeching. I felt Xander’s anger and shock over being the catalyst to the kidnapping. He really has changed quite a bit. I found Clyde’s return interesting especially since I never really thought Clyde cared about Ben. In his own way, I guess he does. It made me think about all of the other kidnappings on Days over the years, including Ciara’s first…Speaking of which, Ciara spent the week rummaging through Xander’s things and eavesdropping on his conversations and it was nervewracking but fun. But her going off on her own to find a kidnapper was a bad move. Nobody knows where she is. At least she handled herself well. Of course, who knows what’ll happen Monday with that goon? On a side note… that poor plant! I doubt it’ll survive.

It’s ironic that even from behind bars Ben’s still seeing the day.

Salem got its groove back

We had so rarely seen Salemites in bed together or being sexy for so long that I was pleasantly surprised to see how naughty John and Marlena were behaving, talking about showering together. Abby and Chad had sex a few times this week and the last time when Abs couldn’t sleep and wanted to vent about Chad’s father, Chad still had sex on the mind. Chad crooned, “I’ll help you sleep.” This is all normal adult behaviour, not that frigidity we’ve been seeing in Salem. But I could do without Abigail being a harpy about Chad’s “dad” and Eli skulking around Gabi’s house acting like Abigail and Chad can’t have a private conversation without him knowing. We must be missing something from the past year!

Jennifer is finally learning a little about what happened during the year she was in a coma and her devastation over losing her BFF Adrienne made me ache for her. I felt her shock over thinking that Justin moved on way too fast and especially with Kayla. Wait until she learns who killed Adrienne. Yikes. I liked Adrienne and Justin together, but moving on with Kayla doesn’t reflect on his love for Adrienne. Men move on faster than women after the death of a spouse. I think it’s nice that Justin moved on with Kayla who was also smarting after Steve abandoned her and his family. HRH Jenn Jenn is always such a judgy little thing but I give her a pass for this one. It’s got to be difficult to take. At least Abs is on her case after speaking with Eve. I’m also glad to see Eve has a prison BFF in Hattie who kept me in stitches all week.

Sonny and Will finally got a compelling storyline, which appears to be an original. But…ouch. It’s painful! Will says he feels guilty over killing Adrienne even though it was accidental, and Sonny can’t get over blaming his husband for the death of his mama. There are loads of angst for this couple and bringing Evan into the mix just ramped things up. I’m not sure if there’s chemistry or just Evan’s charisma shining through but it’s a nice break from the norm for me. Not poor WilSon fans. Not only is their couple broken up but it was done in order to prop Ben again. Still, I’m into it. At least Sonny and Chad’s friendship is showcased again.

Please feel free to share your thoughts on the show this week in the comments.

Evan to Sonny on moving to Salem, “I wanted a place that was simple, quiet, not a lot of drama.”
Sonny, “Wow you really need to do your research.”

Hattie to Eve, “You could make buckets o dough.”

Will to Ben, “What are you going to do, kill me again?”

Deconstructing DOOL: What the Blank...