Deconstructing DOOL: These are the kidnappings of our lives… 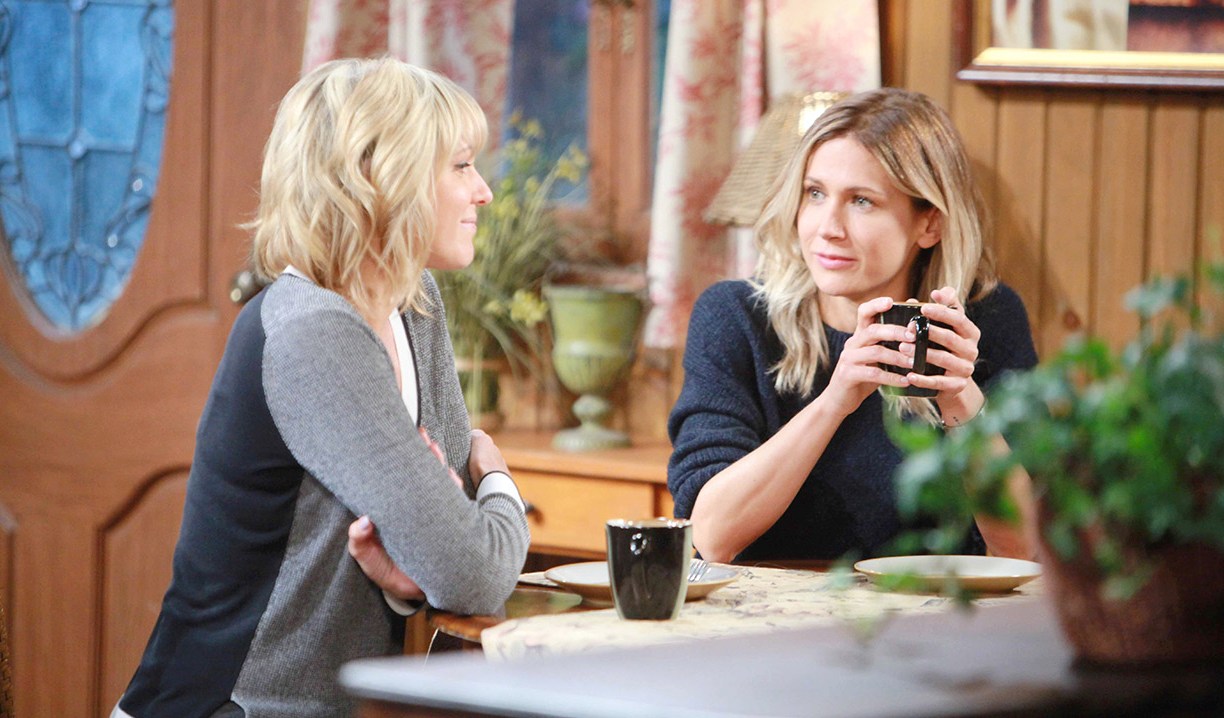 This week was more of a challenge than ever for viewers to stay positive and to watch our beloved show, “The Kidnappings of our Lives.” Last week in Deconstructing DOOL, viewers were asking where the drama was and this week there was drama but it was mostly plot-driven.

The kidnappings of the week:
Congratulations to Days of our Lives for their 22 Daytime Emmy Nominations. “Days” has seen 8 kidnappings in the space of three months. If there was a Daytime Emmy nomination for most kidnappings, the show would win by a landslide. The funniest line this week was from Victor but only because it was ridiculous. “Just because someone hasn’t been found doesn’t mean they’ve been kidnapped.” Um, in Salem, yes it does!
Sonny blamed himself for the latest three kidnappings and Paul looked downcast because guess what? If Sonny had warned Chad that Deimos was planning something, Chad could have been on high alert. It was a poor decision and not like our Sonny who has always been a pacifist with better judgement. While we want him to stand up for himself and others, watching his anger toward Deimos of all people is like reading a ranty status update on social media. It’s never going to help and will only make those following roll their eyes. Including Deimos.

A few were wondering why Chad didn’t rip the IV from Gabi’s arm, then give Abigail the antidote. That would have been a good idea but I guess when under duress thinking is off the table. It was an unexpected twist to see him give both women half the antidote.

Adrienne’s surgery was heart-warming.
This storyline has sort of lived in a bubble but it didn’t keep it from being the one highlight in a week of ‘meh’. Our hearts were heavy as we felt how frightened Adrienne was over losing her breasts and getting reconstructive surgery. Kate’s comfort without words was touching. It was really good to see Sonny himself, promising his mother to be there with her all the way. That’s our Sonny!

Tripp:
Once again, the show decided to have one scene with Steve and Kayla sitting at the Brady’s pub in Salem, discussing finding his kid Tripp. Then we missed the whole trip, and they wound up in Arizona of all places, where five seconds later, they met Tripp who learned Steve might be his dada. There was no drama.

Hillary the detective.
Hillary was annoying from the word ‘hello’. Her reveal that she’s a detective was cringe-worthy and no surprise what with all that nosiness. As if Brady and Nicole didn’t get their stories straight on the way to Winnipeg or wherever it is they landed. If Hillary’s a good detective, and since she’s not on SPD, she likely could be, she probably saw right through their lies.

The product of lazy writing.
Brady hasn’t seen his kid in months but told Eric that he can’t imagine life without Tate. Not believable. Having every character who crosses his path tell him they can see he’s in love with Nicole? Overdone. While it was nice to see Brady and Eric in the same room again, the scene was lacking. I’d like to write something positive but I’m just not feeling it.

Come on, Chloe…
Instead of having Chloe offer to make Kate jealous in order to help Eddie get Holly back, wouldn’t it have made more sense for Chloe to suggest singing for him in his club a few times on the house? Less juvenile? She just finished telling him that she’s alone in Salem and considering she’s sticking around permanently, she could be meeting new people and making new friendships. Plus – would Kate really believe Chloe and Eddie of all people had a thing? Hilarious prospect.

You’re in college now, so start acting like it.
I don’t understand why Julie and Maggie pushed Ciara to send Theo the letter, telling him she like likes him. They’re not in high school any longer, and I’m not sure Ciara should be telling Theo how she feels when he’s in a relationship with Claire. It’s disrespectful and I’m not sure what she expects from the outcome. They live together so how awkward is this going to be once it comes out? Claire is turning into a crappy version of Jan Spears.

Worse than a Dad joke.
Canada is more than snow, maple syrup, moose, Mounties and poutine. The line, ‘Could that be anymore Canadian?’ referring to her address, 29 Moosehead Lane was eyeroll inducing. Because you know all Canadian streets are named after one of the five terms above. Why not make fun of something specific like how the Toronto Maple Leafs suck, so Canadians will chuckle, or are the writers too lazy to do actual homework? That question is purely rhetorical…

Deconstructing DOOL: Changes to the...