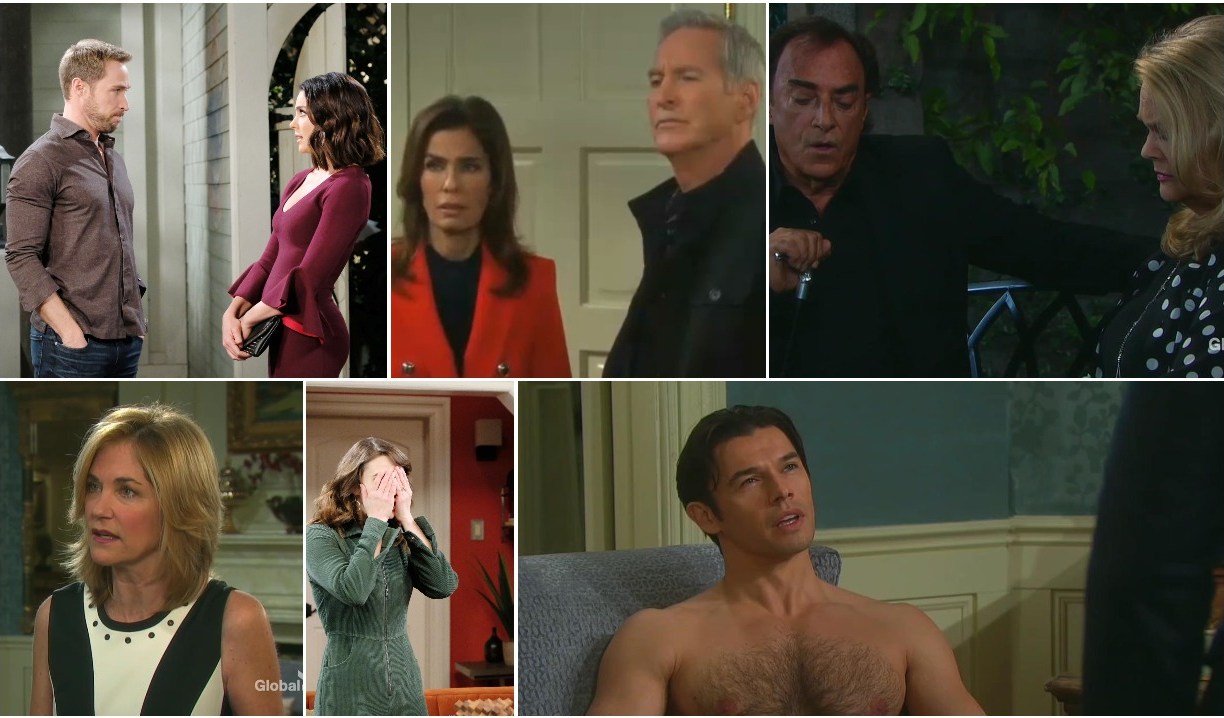 Nobody dresses for the weather on Days of our Lives. It’s hotter than the gates of hell and feels as if someone slapped you in the face with a sauna yet Lani’s always in that leather jacket, Sarah wore a long-sleeved corduroy jumpsuit that would have been better worn in October or put back on the rack. Meanwhile, Chloe and Melinda had on long-sleeved burgundy dresses and neither Marlena nor Hope can leave the house without suit jackets…The list goes on much the way my rant goes on in this week’s column:

Who else is tired of the rapey vibe on our soap? Eve accusing Jack of rape was disgusting, even though she admitted later that it wasn’t true. Justin thinks that Eve’s big problem is that she self-sabotages but then he doesn’t know about half of her misdeeds. I’m glad to see Eve again but would like better writing for her. Shout out to her knowing how to dress for summer weather!

Enjoy happy Eric while we can

Last week I wailed in Deconstructing DOOL about Seric being pathetic and desperate. This week, Sarah and Eric had their first real scenes as a couple and Eric made his one dish. Pasta. Why is it that so few Salemites can’t follow the directions of a recipe? Marlena can only cook eggs, Ciara burns steak and Hope – well she can’t even find her way to her kitchen. It’s dumb. At least Eric was smiling this week.

You mean that Gumby outfit!?🤮

Hope asked John to help her look into Ted’s murder, which is a little amusing since it means she knows SPD couldn’t find their arses with two hands and a map and knows her own limitations. But how much better is John? He swears Nicole could never kill anyone but it’s public knowledge that Nicole killed Colin Murphy and Deimos Kiriakis for blackmailing her. Justice may never come to Ted even if he’s probably in Rolf’s new warehouse already being zombified. It’s interesting that Ben and Ciara got more intel than any of the cops in one day and that Gabi figured out that Nicole or rather Kristen was the one who murdered Ted and set Stefan up. Who else didn’t see that reveal coming? That expression of shock on Gabi’s face was priceless!

Surely there’s a better way to keep Will and Sonny around than what we’re seeing. I know time moves on slower in Salem but it’s been a few days since Ted was killed. Shouldn’t Will have had that article done by now? Or 20 articles by now? The saving grace in those scenes was shirtless Xander. By the end of the week, Xander was fully dressed and ready to make a deal with Hope and John who aren’t even cops because of falsified evidence. Oy. I can’t wait until Kristen is caught.

Good Lord, are Will and Sonny going to go through life practically attached at the hip? Or is Will so incompetent at his job Sonny needs to help him with it? #DAYS

Tony reunites with the whiner

I always liked Tony and Anna together and am grateful that she’s no longer obsessing over his death but now she’s whining up a storm about him marrying Nicole which I understand but it kind of ruined their reunion scenes for me as did the boring monologue which didn’t explain enough about what Tony’s been doing for a decade. Then Friday came and Anna’s over-the-top scheme to marry Roman if Tony didn’t divorce Nicole had me giggling like a fool. For those still wondering about Tony’s history…

In the 80s, Tony was revealed to be the son of Daphne DiMera and Enrico the DiMera gardener. I know this because a previous writer’s asst. pinned it to the bulletin board behind my desk as part of a list of “fun facts.” It’s sadly the only thing I remember off that list.

We’re back to that trope…

I still have issues finding it hard to believe that Haley has PTSD. She whined about sleeping in Claire’s old room alone, so in an offer that made no sense, Tripp gave her his room and said he’d sleep on the sofa. She’s got two men panting after her, hoping to be her hero when she should be the heroine of her own story. JJ asked her why she didn’t come to him with the truth and she was either too busy trying to figure out what the hell he’s done to his hair or she’s not willing to admit that she is addicted to being a damsel in distress and doesn’t think the law applies to her. And of course, Kayla won’t fire her ass or punish Tripp. We’re stuck with this trio until the end of the month when Tripp says sayonara. At least those annoyed with Haley can be consoled with this gif.

Live shot of #Days ratings lately … now, can we leave Ron alone to do his thing, starting with this #Jarlenaversary to bring those ratings back up again w/no interference? *cough KC (although it’s gonna take serious work 🤨) pic.twitter.com/Yxtz9wWZV5

Jack and the Harpy

Once again, Jennifer and Jack fought over the same old headache-inducing shit and then, like magic, Jack and Melinda had a scene that opened my eyes to what could be a fun acrimonious relationship. Or the possibility of a paring. I’d rather see that than Jenn beating a dead horse even though she did it looking lovely and weather-appropriate in that dusty rose sleeveless jumpsuit! 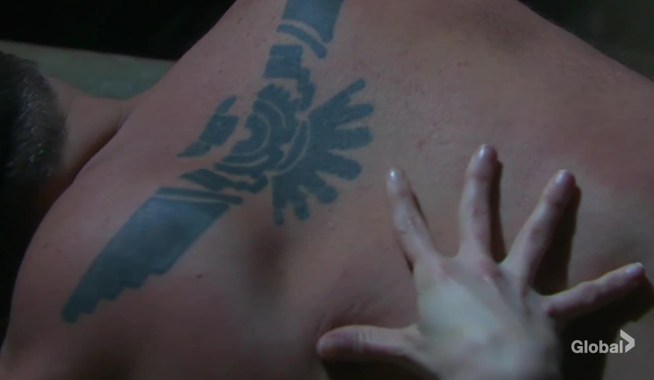 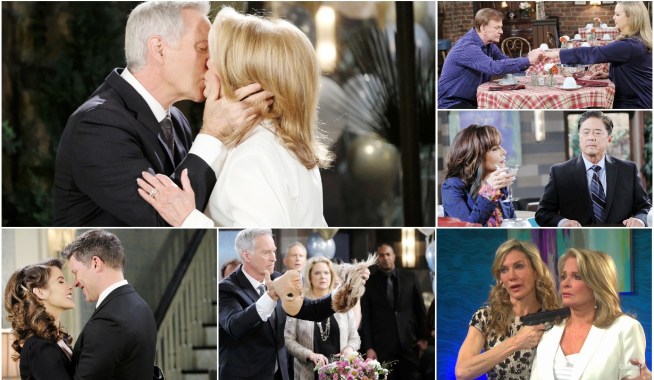