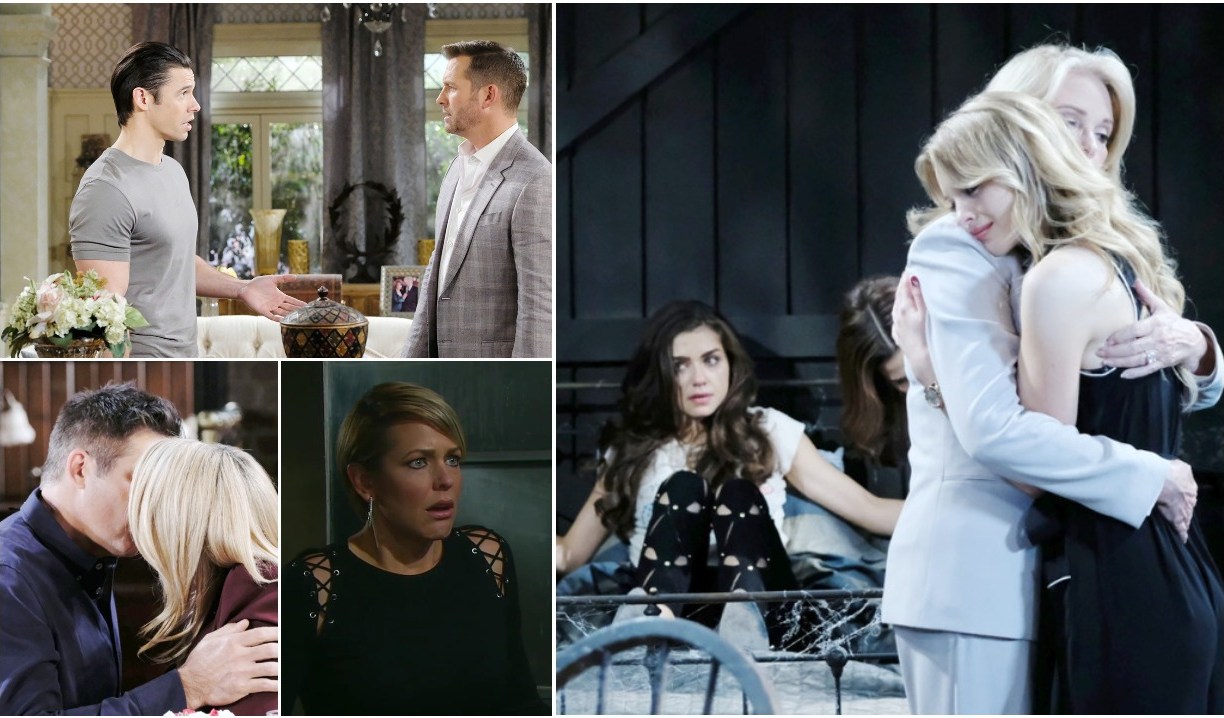 I was really happy that Days of our Lives was able to bring back the annual Brady-Horton Fourth of July party this week. The charcoal vs. propane debate was cute, we got to watch some drama unfold, and see Ted taking a bath in champagne. It feels as if Summer has come to Salem.

Why was Rory not invited to this BBQ? He could have provided extra cheer. #days pic.twitter.com/l7RwRVC5lt

Keeping it in the family

Carrie and Rafe shared a flirtation in the past, so it wasn’t a huge shock that they’d pick up where they left off since they’re both single I guess. But though one of the first things Carrie told Rafe was “Hope is family and I do not want to get in the middle of your divorce,” five minutes later, they were upstairs going at it in her room. I’m not against any of it but wondered what the point was since she left soon after. Was it to show Hope that Rafe had moved on? Rafe has become a shoulder to cry on which inevitably turns into an invitation to see his kibbles and bits from women who are related (Sami, Carrie, and Hope). When Roman found out Carrie jumped Rafe’s bones, he reminded his daughter that it’s almost impossible to keep a secret in Salem so she immediately spilled the tea on her own terms to the first stranger (Sarah) to cross her path in a public setting and in true soaps fashion, Hope overheard. Ouch.

The burning question – did they use a condom or will Carrie return in 9 months pregnant?

Back to the cabin that haunts our dreams

Tripp and Ciara played a dangerous game of ‘Let’s taunt the psycho’ and are lucky to still be alive. I liked how Tripp fell during the struggle with Claire and that big-assed knife, which is more plausible than having Claire hit him over the head with a frying pan or a fire poker. Olivia Keegan did an outstanding job. While I wasn’t looking forward to going back to the cabin, those scenes were really well done, well-acted, but for me, there was an odd disconnect with Shawn and Belle’s scenes. Possibly because they’re so rarely seen. I was surprised to feel compassion toward Claire and hope she’s Bayview bound. While it was great to see the vets involved in the story, I couldn’t help but think of how great this story might have been if the budget was good enough to involve all of them throughout. I wouldn’t mind if Claire returned. Olivia Keegan hinted a return was possible.

Ben saved the day again which has become a running joke!

I’m in a state of disbelief that Ciara is kidnapped for the 100th time & Ben to the rescue. 🤣

Kate and Ted still have easiness to their interactions. Despite their past, their scenes in the secret room have me wanting to see them together. Friday was pretty funny with Kate commenting on how stinky Ted was and Ted bathing in champagne. I was into that kiss, though I’m not sure if Ted was only kissing Kate to prove a point. That she’s still into him. It looks as if this storyline won’t drag on considering Hope, Rex, Brady and Chloe are all suspicious of “Kate’s” unusual texts. I do like a good adventure.

The many faces of Jack

Jack and Jennifer’s interactions have been practically the same each time which has become a little tedious but I did love how Jennifer called Jack a puppet and Eve his puppet master – something we’ve been saying for months! And though most of us loathe Jack at the moment, I give Matthew Ashford a lot of credit for his range. I love the expressions that reveal so much of what he’s thinking. I was surprised to enjoy Jack and Eve’s exchange about the diary, and the discussion about keeping secrets from each other. It’s the type of marital drama I can get into.

Was the necklace payback from Sarah?

Sarah accepted a necklace from a guy she had sex with while she and Rex were broken up. Her new husband was uncomfortable seeing her wear it on the eve of her marriage, but Sarah didn’t care much. For someone who was cheated on 394 times by Rex, one would think she would be more sensitive. Maybe subconsciously this was Sarah’s idea of a little payback. Maybe I can’t fault her! But I could do without anymore boring Eric and Sarah scenes.

I agree with Lori Wilson’s Deconstructing DOOL on Eli and Lani being so natural together. Their engagement was low key but oddly it worked for me. I’m not big on JJ and Haley but their scenes were loving and sweet.

I owe a thank you to Lori Wilson for taking over my opinion column while I was on holiday. It was a fun read and I found myself nodding in agreeance to her words! I’m looking forward to reading your thoughts which you can leave in the comment section below.

Jennifer to JJ, “Your dad is a puppet, and Eve is the puppet master.”

Roman to Carrie, “Did you forget? This is Salem. There are no secrets. No privacy.”

Xander about Kate, “Her morals are totally situational.”

Xander to Kristen, “Maybe in the future, we can just try not to kill people.”

Kate to Ted, “What did I ever do to deserve this?”
Ted to Kate, “Oh Katerina, where do I start?”

Claire, “What kind of a monster am I? I’m certifiable. I’m worse than Ben.” 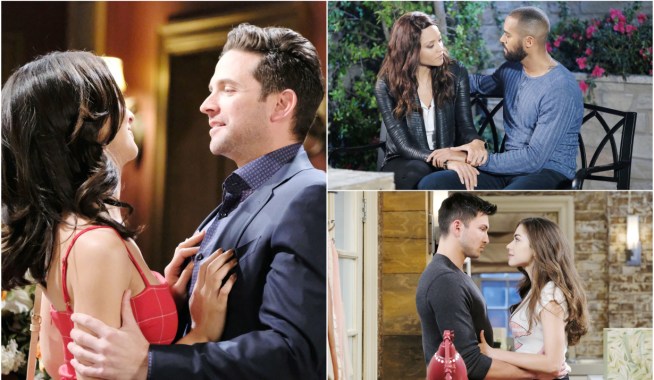 Deconstructing DOOL: Claire's Goodbye Was Like an 80s Afterschool Special 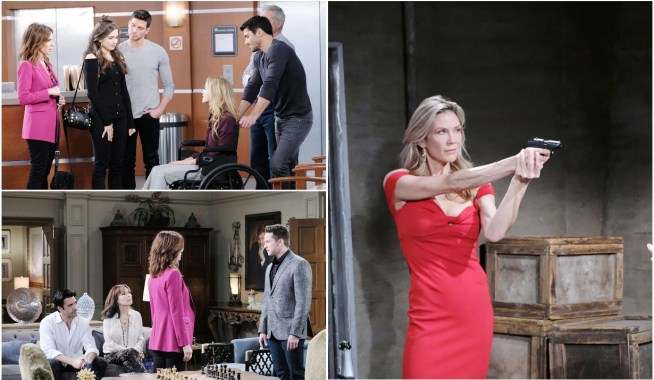