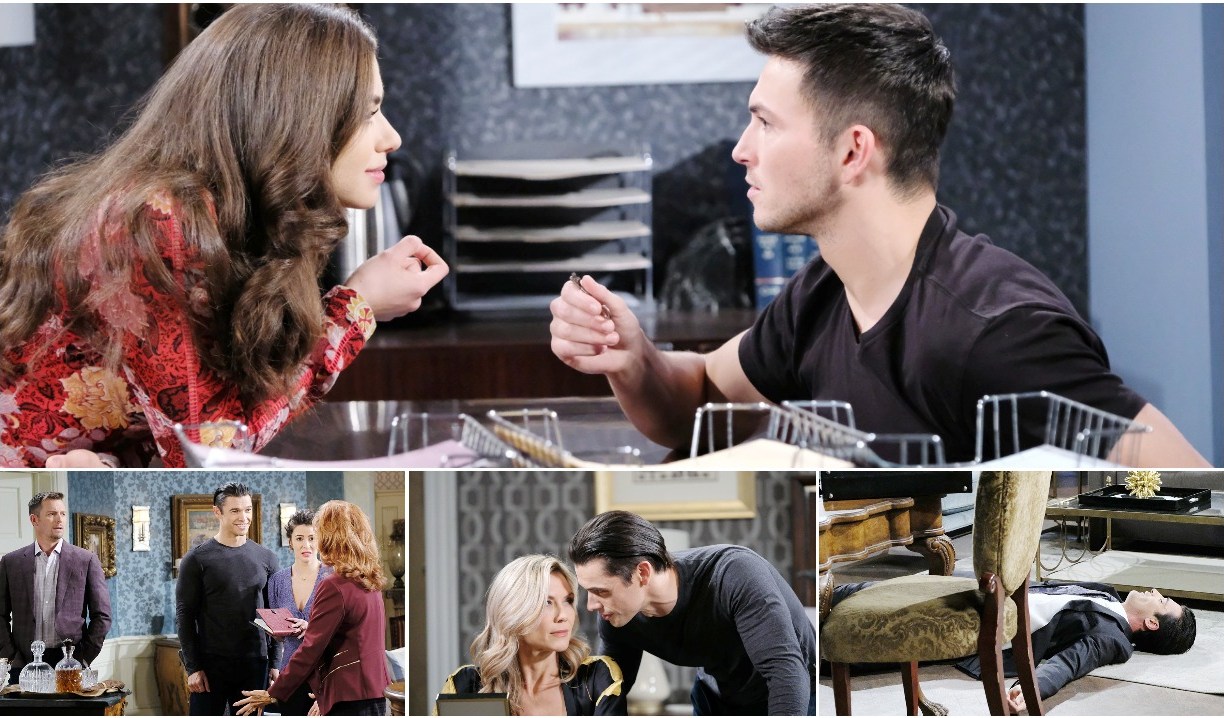 This week Xander mentioned SD as a character that Kristen and Rolf brought back from the dead. Because of Joe Mascolo’s passing, it feels…wrong to entertain the idea of recasting even though I know the show must go on. Besides, won’t that only mean more repetitious storylines from the 90s? There are a lot of characters missing in action who are still alive but not being used. Can’t we focus on them?

I know we were supposed to be worried for Haley and Tripp’s lives during the Horton cabin fire but I was rooting for their deaths – anything to end this storyline. I found it laughable that neither character saw smoke billowing in as the fire encroached on the door. And when Haley fell and hit her head on a round table and bounced off of it and knocked herself out, I busted a gut laughing. Lastly, Eli supposedly arrested Tripp yet let Tripp wander the hospital blithely.

Missing in action: Melinda, who showed up as the hero and took off for Beijing with Haley.

Abuse of power for payback

Eve’s verbal attacks on Ben are understandable but I don’t take pleasure in them. This week Eve used her authority as police commissioner to intimidate Ben and then let Claire get away with three counts of attempted murder. So shady!

What I loved: Ben and Ciara’s scheme to get set Claire up. Give me more of that which is better than how I felt last week in Deconstructing DOOL with Ciara defending Ben non-stop.

Missing in action: Belle and Shawn can’t get here soon enough but why isn’t Hope around for Claire?

Living in a land of make-believe

While we’re all tired of the cabin fire storyline, this Lani fantasy storyline barely got off the ground before it was unceremoniously dumped. Not that I’m complaining. Lani and Eli’s baby died a year ago, her post-partum storyline was addressed in 6 scenes and wrapped up in three minutes. The acting from Sal Stowers was well done but there was no payoff.

Xander is in love with Sarah, a woman he barely met? Preposterous! I can’t deny their chemistry, and enjoyed the back and forth dialogue but I could have done without Sarah’s over-the-top theatrics. If she really thought he was a creten why not simply leave the room after telling him so? Xander wasn’t having a good day since Kristen too argued with him over his request to borrow a phone charger. Kristen spouting off about her “right to be a bitch” was lame. What does that even mean? I love Stacey Haiduk’s acting but many fans including myself have issues with the over-the-top antics, the awkward dialogue and long monologues which separate her from every other character. With no vulnerability, she may as well be fitted with a straitjacket and carted away.

What I loved: The juxtaposition between Xander being tender toward Mags one minute and lying about Holly’s death the next is deliciously evil.

What I loathed: Marlena the bulldozer shoving Sarah into Eric’s orbit again. It’s unlike her and in public no less where Rex works shows Doc’s trashier side I didn’t know existed!

More: Soap alum passes away at 94

It was very romantic of Will to ask Sonny to marry him before he “croaks” though it’s too bad it’ll be in the same hospital room as John and Hattie’s wedding last September. WilSon deserves better. As far as the proposal went, it was sweet until Gabi interrupted and went into histrionics. While I like them as a threesome, Gabs forcing Will to put a ring on Sonny’s finger was absurd. She’s not a part of their romance. How awkward. Since Will and Sonny’s wedding is Monday, take a walk down memory lane with WilSon’s history of romance, love, and heartbreak.

What I loved: Sonny going to Eve and threatening her life if she didn’t hand over Rolf’s journal but hope it doesn’t mean we will be subjected to another whodunnit storyline with Eve’s demise.

Missing in action: Adrienne and Justin. At least Adrienne got in a phone call. Thank goodness Sami and Lucas are returning.

Not a fan of #WilSon but they deserve better than a nonexistent medical crisis. That will be quickly resolved. And a quickie boring wedding. This is a vast contrast to lgbtq shows like #TalesOfTheCity Yet the WilSon shippers lap up the crumbs.#Days pic.twitter.com/5JDNJWHleE

They’ve done the family rallying around a dying family member storyline numerous times, but this is arguably the worst one #Days

Brady was honorable to protect Maggie by letting everyone think that it was him who needed the AA meetings because he was struggling with his sobriety in order to hide Maggie’s slip. I was relieved this didn’t drag on long and loved how Mags defended Brady from Victor’s nasty tongue by clarifying that it was she who needed help. Maggie shone – so raw and bold.

What I didn’t love: Maggie was overly involved in the journal storyline when she’s barely in Will’s orbit.

Theresa, Gabigail & Kristen have something in common

I was glad Ted got proof Holly’s alive even though his reasons weren’t altruistic but what a shame he didn’t give the information to Hope instead of “Nicole” before Kristen hit him with a fire poker. Salem fire pokers get a lot of action.

Eve to Ben, “Sounds to me as if the cheese is sliding off the cracker.”

Brady to Xander about the journal, “Don’t tell me you swiped it from Rolf’s fun-factory, Xander.” 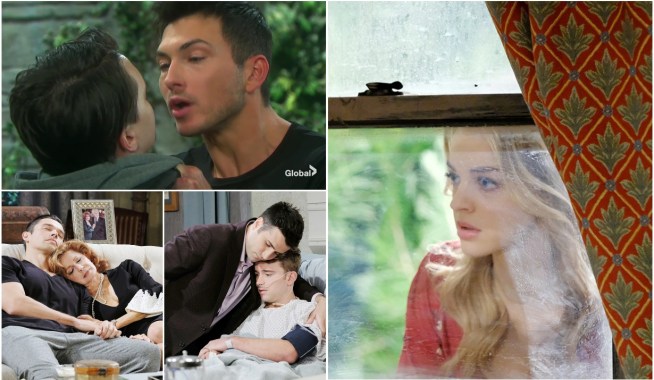 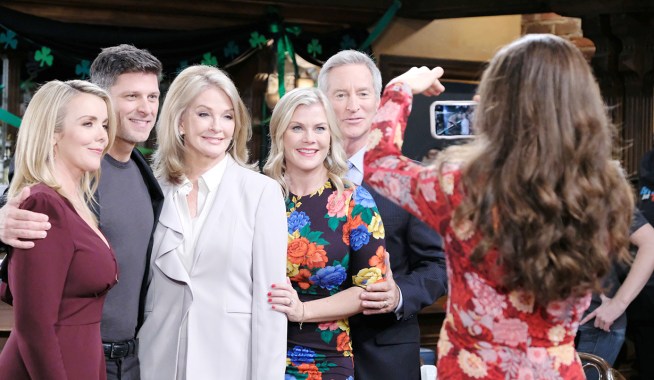