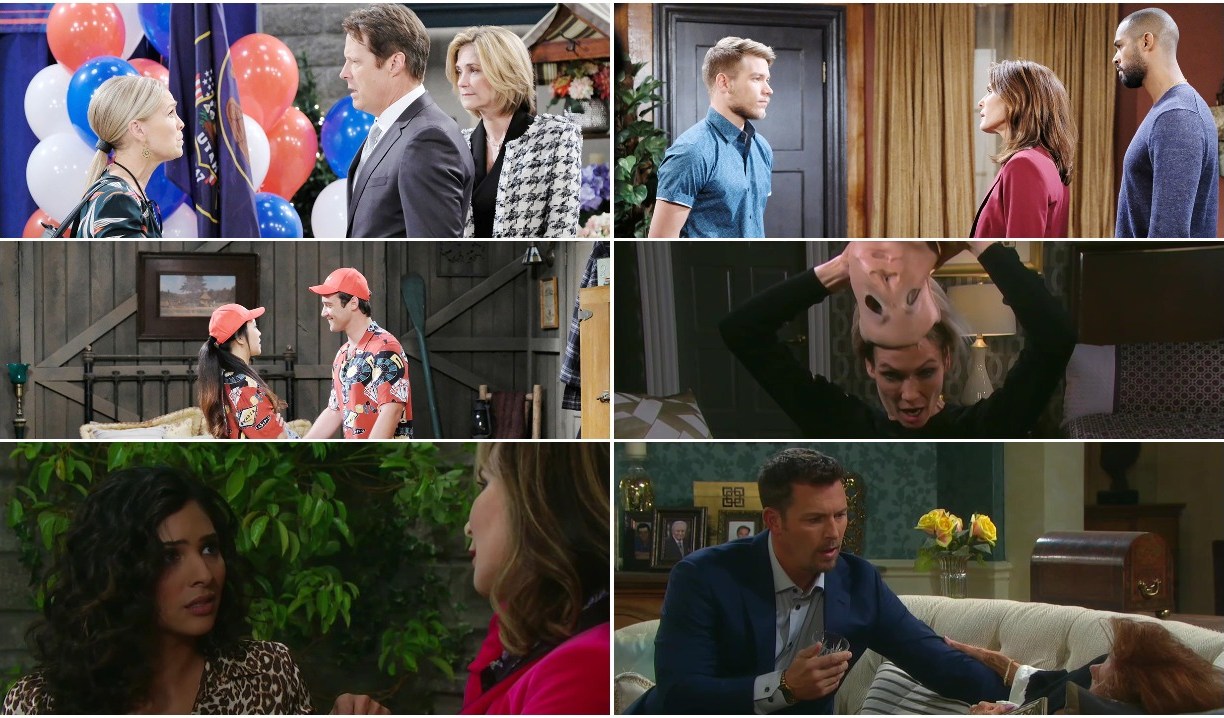 Rare is the time that a storyline in the soaps has made my blood pressure rise the way this mayoral election storyline has on Days of our Lives. This week I was positively livid seeing arrogant Jack become mayor and incompetent Eve as the new and nasty commissioner of Salem Police Department. For years we’ve all playfully bitched and complained that the SPD was a joke. Often there was something almost poetic about it. We’d roll our eyeballs at the incompetence and though we wished the cops were fairer, I fear this team will go too far in the opposite direction and Salemites who accidentally give Eve a dirty look will be filling those cells. Mayor Deveraux has been in office for one hour, and as our blood pressure rose, we sensed the ratings sag. Nobody wants to see politics in their soaps, let alone this particular story. Soaps are supposed to be an escape.

We’re counting on you, Jennifer Rose

I actually have zero problems with Eve’s past as a prostitute but I know many would want me to acknowledge that an ex-prostitute is the new commissioner. My issue is with her not being a cop and becoming commish. She thinks it’s an administrative job but it’s based on the law and she’s skirted the law for as long as she’s been around. It’s stupid. And the people of Salem didn’t mind that Jack is a rapist? Is something fishy going on? Did Eve fix the election results? Are most Salemites brainwashed? I’m gonna need Her Royal Highness Jenn Jenn Horton to bring down the mayor and his wife. I also need JJ and Haley caught so we can end part of this storyline at least. Last week in Deconstructing DOOL, I was already bored with JJ & Haley on the run and they had barely left Horton square. This week they’ve donned “disguises” that make them stick out like sore thumbs and they’ve somehow forgotten that Haley was deported for doing exactly what they want to do in Canada. Oy! They should be arrested just for being simpletons. JJ’s wanted by the law, he has no green card, no driver’s license and JJ assumes that he could waltz into Canada and become an actual Canadian RMCP officer? WTF?! I’m not even sure he could get a job as a cat walker. Okay, maybe a cat walker but seriously, surely they can come up with a better plan. Maybe moving to a new state to hide out while they put more thought into their next step? I don’t know but at this point, I’d be satisfied if they turned themselves in just so we could move on! That’s how much I’m not into this storyline. Please. Make. It. End.

Hope and Eli were about to arrest Tripp for helping the local fugitives escape justice when Hope received Jack’s text that she’s fired and backed off. I understood that but I found it lame that Eli didn’t bother to take Tripp in for more questioning. Things got weirder when Eli didn’t quit the force after meeting his new boss. I thought he had more on the ball. But then again, I thought Lani did too and look at how they’ve turned her into an interloper instead of creating a hot storyline for her and Eli. Talk about missed opportunities.

Whenever the soaps decide to come to Canada, my eyes roll so much I get dizzy!

Don’t feel bad. I went to HS in Tulsa OK. When I would go to the east coast on business it was clear they thought tumbleweeds rolled down the street.

This is giving me flashbacks to the awful Brady and Nicole in Canada on the run story. 🤦🏻‍♀️🤦🏻‍♀️🤦🏻‍♀️

I laughed when Kristen made fun of Eric and “Nicole” for sobbing over Holly because I too am done with all of the bawling on our show. Ari Zucker’s been doing a wonderful job playing Kristen playing Nicole. It was fantastic having Kate of all people spy Xander and Nicole in a tête-à-tête and watch her spill the tea with Victor. Hopefully, somebody will see right through “Nicole” sooner rather than later because Brady just started to get himself together and I was hoping to see more of that rather than Kristen’s manipulations. We’ve been there. At this point, we’re beating a dead horse. I guess my first assumption was correct, that Nicole was Kristen all along, wearing a mask, but the reveal was still pretty good. If only it had been a shock to everyone…

More: Xander, the villain Days of our Lives needs

Maggie fell off the wagon

I don’t think Maggie’s that far off base from thinking my Kate is after her man. Kate wants security and I suspect she has something up her sleeve in order to get full control of Titan. It wouldn’t surprise me if she is considering getting Maggie out of the picture, marrying Victor and stealing his company. Friday’s episode with Kate and Gabi’s park scene cemented those thoughts when Gabi told Kate that she of all people must get Gabi wanting to marry Stefan and dump him, then take him for everything he’s got. Of course, through this whole storyline, Victor acted like the stereotypical dense man who somehow doesn’t notice a woman vying for his attention, making poor Maggie look like a sodding nut. Oy. The icing on the cake was Maggie accusing her nemesis of smashing her figurine and then making a scene at the funeral. Ouch. Suzanne Rogers rocked that scene and her drinking scene. The shaking hands, the whimpering and look of pain in her eyes made my heart break into a million pieces. Thank goodness she has Brady.

But this is still a soap and I confess I’m also here for the entertainment this could bring.

I don’t know how this happened but somehow I’m more drawn to broken Claire than ever, even though I’m constantly begging this pyromaniac, via my screen, to get some self-respect and stop asking Tripp to take her back. In the moment, I almost wanted her set fire to Tripp’s dowdy clothes.

John to Marlena, “How in the hell could Jack and his current vile persona win that election?”
Marlena, “In his current persona, I wouldn’t want him for my cat walker.”
John laughs.
Marlena, “We don’t even have a cat.”

Jennifer to Jack, “Don’t sling your slogans at me!”

Hope to Jenn, “The inmates really are running the asylum now.”

Jennifer to Jack, “She’s more likely to commit a crime than stop one.”

Jennifer to Jack, “Have you lost what’s left of your mind?” 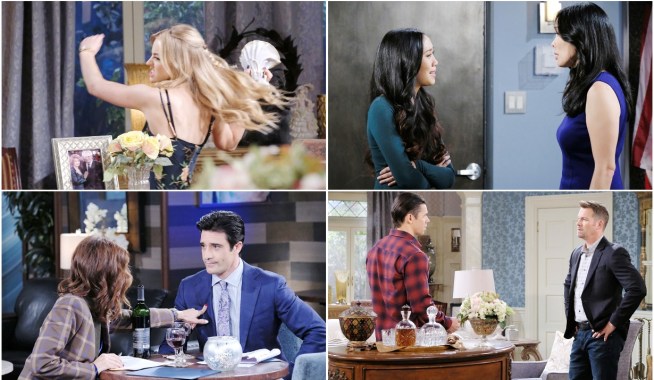 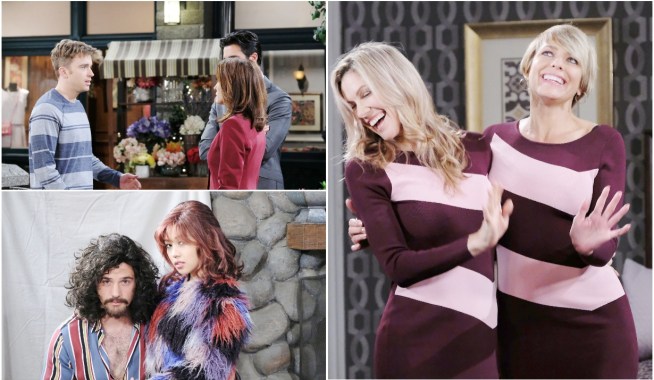