Deconstructing DOOL: The Lull Before May Sweeps Driving Viewers Away 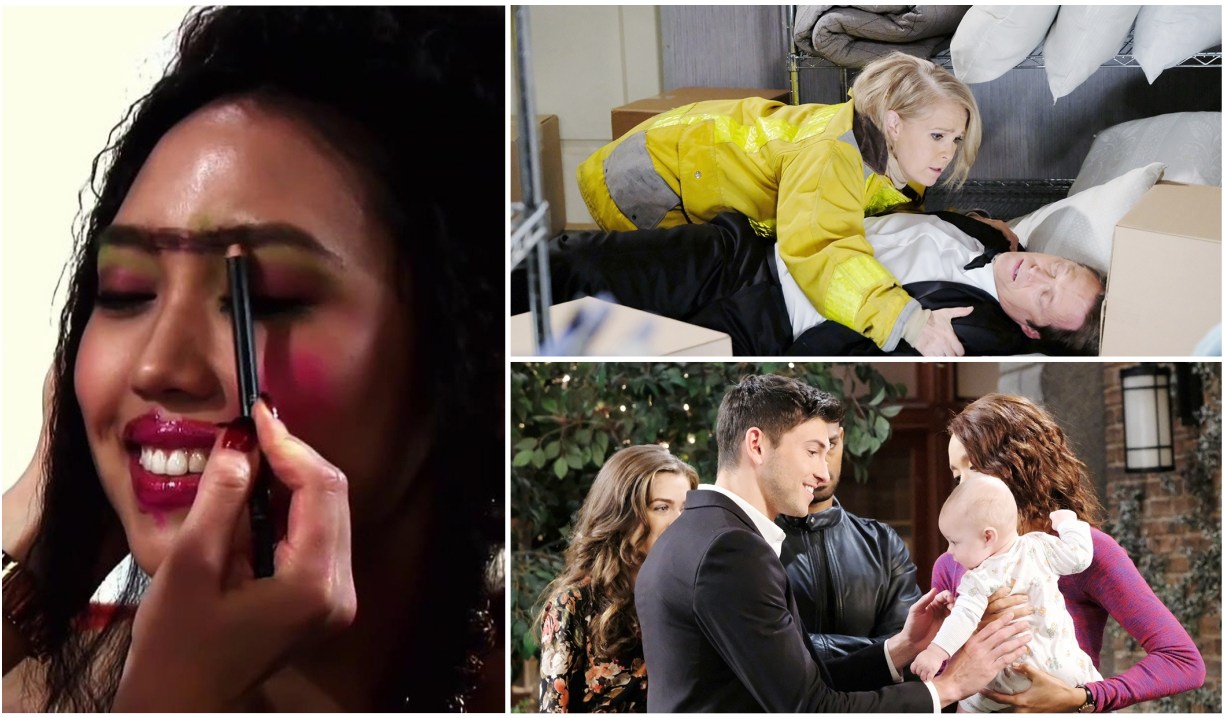 This week things perked up a bit in some respects, thankfully, because for the last few weeks, I admitted in Deconstructing DOOL, that I was bored stiff. Some of us are so accustomed to the outlandish storylines that the usual lull before sweeps is harder to get through. Some viewers say they aren’t watching because of the lull. They aren’t watching because they feel that Ron Carlivati “trashed” several of the characters beyond recognition, and that’s partially why the ratings are low. We’ll talk more about other possibilities of why the show has had ratings issues next week but for now, let’s revisit Salem.

Spiraling out of control

Claire trusted Eve of all people with her firestarter confession and now Eve’s going to ‘help’ her young “friend” by sticking it to Ben. I’m not sure that’ll help anyone but hopefully, it’ll at least move toward ending this cabin fire storyline. I’ve been wondering why Claire hasn’t been forced out of the loft. Wouldn’t Claire living there while Haley is preparing to marry Tripp for a green card make ICE even more suspicious? Dumb. I couldn’t believe Kayla and Justin didn’t talk sense into Tripp and Haley and that JJ went along with this. Since Justin’s the worst lawyer in the world Salem, it’s hard to believe he really thinks he can get them out of prison if they get caught. I’m actually rooting for Claire to play Tripp’s recorded confession in front of my Agent Laverne “no-nonsense” Smith.

Although I enjoyed Jack and Jennifer’s flashbacks, (I didn’t watch back then) I was surprised to find myself getting completely annoyed by Jennifer harassing Jack to remember who he was before he died. At least he slightly remembered the Loretta, but at this point, Jack has disgusted so many viewers that so few seem to care anymore if he remembers who he is or even if he sticks around. That’s one of the characters that many feel have been ruined in addition to Eve who has become so obnoxious that many just want her gone.

In last week’s poll, I asked if viewers thought Eve and Jack were racist or just opportunists. 54% agreed they’re opportunists and 28% just found this whole story an awkward attempt to get better ratings.

Highlight: Claire grinning like a maniac while fantasizing she was making up Haley’s face to look like a clown! It’s sad that they’re finally developing Claire’s character just as she’s about to leave.

This wedding of Eve & Jack is just as much of farce as Tripp & Hayley wedding, considering the Eve/Jack wedding is just campaign stint!
Terrible storyline! #DAYS

It’s not a curse…

Will has a tumor. Usually, characters in soaps who have done something nasty wind up with tumors. Since Will has done nothing wrong, this is unusual. And boring, if I may be frank. Does every single person in Salem need to be in devastation mode 24/7? I’d much rather it was a curse. At least we’d have the humour element rather than see Will and Sonny have to face yet another obstacle.

More: Interview with Billy Flynn on Chabby & his Emmy nod

Jordan refused to tell Rafe who her baby daddy is which made me wonder if it’s Ted’s, only because he’s scum and the scene switched to him at that moment. Unless the kid isn’t even hers and he’s being used as a prop in order to help tear Rafe away from Hope. Maybe Jordan and Ted are in cahoots to break Rope up. I don’t trust Ted. This storyline reminds me too much of Aiden’s. Some have even speculated that David is Rafe and Sami’s baby and Jordan took him. Others joke that Rex must be the father since he gets around! Here’s another interesting theory below…

I think so too!!! I think Ted married Jordan last year to get a green card. I believe he abused Jordan. So she faked her death to get out of the marriage. But weeks later she found out she was pregnant with David. It would make a very interesting storyline if it was true.

Meanwhile, it was nice to see Ben smile for a change when he met David and thought it was fine that he held him, though I’m not sure Jordan would agree or other fans. I’m wary of Ciara’s constant defending of Ben which to me, emasculates him and makes her look like a harpy. Why does every female character need to be written as such? David seems to be soothing Lani’s grief which is sweet. But of course, we can’t have anything lovely happen in Salem. This story has obsessive Sheila Carter (the baby stealer from Young and the Restless) written all over it. Could Lani be the next character to be ruined? Or was she already ruined for you?

That’s just my opinion. I’d love to hear your thoughts on how the week went down in the comment section!

Eve about Jennifer, “He was with a woman that looked like a dried up old twig.”