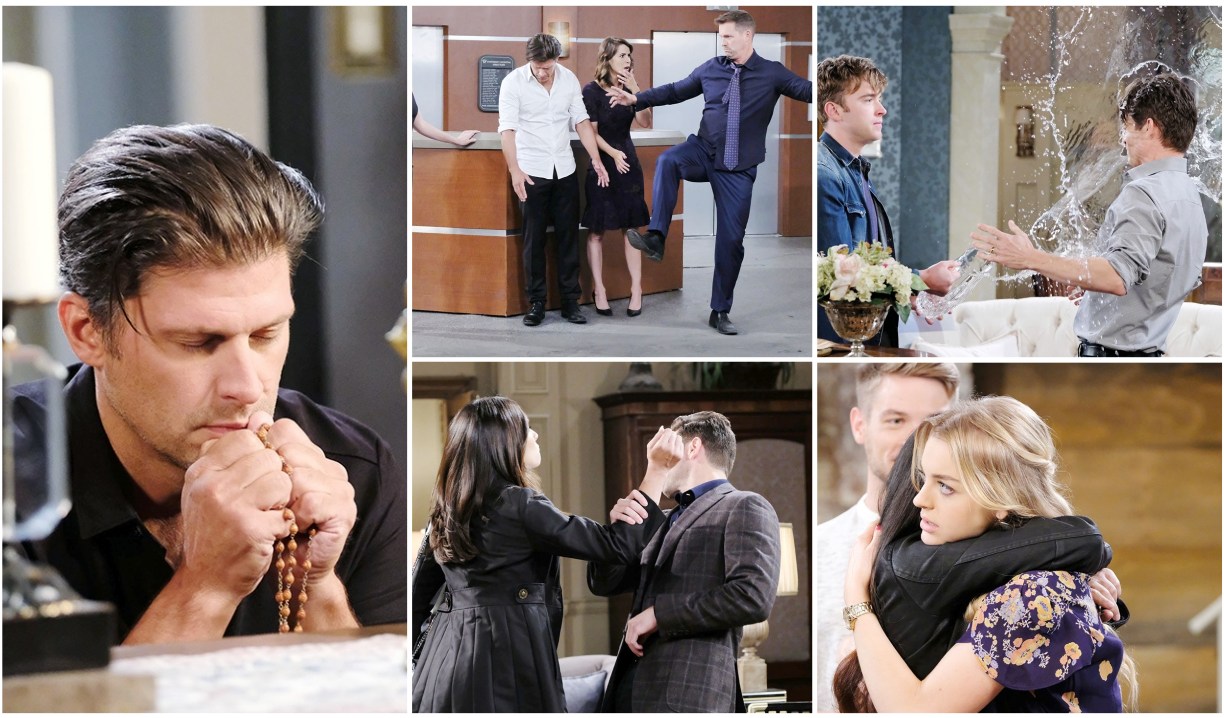 Salemites were a busy lot this week what with being shot at, dying, going to purgatory, coming back to life, lying, scheming, breaking the law…You know, the usual. Some oddities included Ciara giving herself some 1990 Spice Girls buns, and Eric forgetting how to pray without resorting to bartering.

Deidre Hall got a Marlena-eccentric episode on Monday, which was a surprise and filled with hilarity. I loved the flashbacks to the possession since it was what got me hooked on Days of our Lives to begin with. It was good seeing Tony and though I enjoyed campy Princess Gina this time around, I was surprised they chose her to drag Marlena to hell. I was also letdown that she wasn’t in a ball gown and a bigger Bump It. I absolutely loved how they watched the screen to see the future without Doc and Claire’s arrest, Claire selling Ciara’s baby on the black market, John marrying gum-cracking Hattie, and the two drunkards, Brady and Eric, fighting over “the deliciously slutty” Sarah. Highlights for me were Brady skidding across Marlena’s ashes and John doing that weird little dance with Hattie. This episode still progressed the story and told us that Marlena is the glue that keeps their family together, though I’ve never thought of Marlena as such.

Not everyone shared my views… Some viewers hate the campiness and thought it’d have worked better if it was a more serious version of Marlena going to purgatory.

I wanted to. The story was campy, but the characters, except for Belle, just weren’t campy enough. It needed to be really off the charts, and I didn’t think it was. Potentially fun, but just didn’t get there.

Eric vs Brady for most annoying

Viewers seem torn between who is the most annoying to them. Eric or Brady. For me, it’s Brooding Eric. Brady had his turn a while ago! I found Eric bargaining while he was supposed to be praying annoying. An ex-priest should know that bargaining isn’t praying. If Marlena died would he still covet his brother’s girlfriends? Duh yes, because we can’t help how we feel. At least he’s chosen not to act on his feelings. For now? Last week in Deconstructing DOOL, I joked that Sarah was waiting for Eric to admit he like liked her, and this week she came right out with her feelings for him. Surprise! Of course, Eric figured God agreed to his bartering and so he shot her down. Oy.

Tyler Christopher’s last airdate was March 20. I didn’t warm to Stefan DiMera until about a month ago and then I found myself wishing Christopher would stay. Now that he’s gone, it’s a surprise that I’m also into Brandon Barash’s portrayal of Stefan. He slipped right in and made it his own in one scene and displayed wicked chemistry with Gabi.

Ben broke off with Ciara a day ago and we had that one great scene with him and Stefan who advised him about love. But too quickly, Ciara stomped on over to Casa DiMera to tell him off for working for Stefan again. But of course upon finding that he’s now a bodyguard, not a hitman, she talked him into reuniting. It didn’t take much. They decided to take things slowly and in the next scene were panting into each other’s mouths. My head was spinning.

I found myself feeling incredulous while Ciara told Ben some of the challenges, she’d been through, I guess in order to mirror his repugnant life. “I was conceived when my parents were still mourning my little brother, so I was just a weird little kid from day one.” I don’t think one has to do with the other. I never found her really weird as much as super bratty. I was surprised she focused on Bo basically abandoning her for the ISA. That was sad, especially since I’ve never saw it that way but I guess Bo was gone quite a bit. What I liked – Ben playing the hero by saving everyone’s lives at the mansion. It’ll probably help him become more accepted in the minds of Salemites.

It’s sad to see JJ going from getting hot stories to being this shell of his former self. I was surprised Haley decided not to marry him but to marry Tripp. It’s a nice twist but stupid since they’ll all get caught. Especially with Claire around.

This show has too many stories of two guys chasing one woman. Oddly, though he’s a cop, Rafe is never around which allows Ted to hang around SPD and Hope. And it’s looking as though she’s enjoying the attention. Ted will do anything to keep Hope away from Rafe so devised some plan to tell her in person – instead of in a text, that there was a break in their case. So she left Rafe, a cop, at the pub to run off and handle it with the DA. What? And the other footprints are probably Ben’s for freak sake!

This is my opinion piece and I look forward to seeing your own respectful opinion in the comments!

Belle to Claire, “You and Ciara are family. How could you sell her baby on the black market?”

Princess Gina, “Like sands through the hourglass, so were the Days of her Life.”

Lani asks Eli at SPD, “You think they check these security cams?”

Marlena, “I guess we can add poisoning to the list of things that can’t kill me.”

Brady to Leo, “You should consider going back to being an escort. Although you might wanna lower your rate a little. You’re a little long in the tooth.” 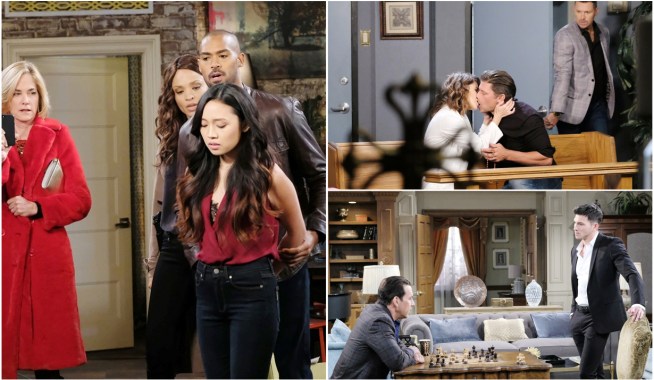 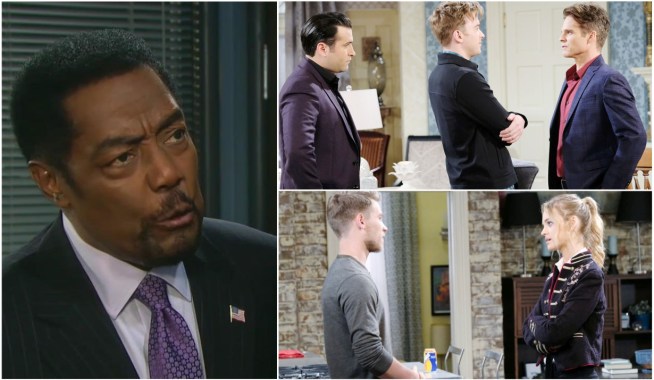