Deconstructing DOOL: Jarlena Avoids One Trope Only to Face Another 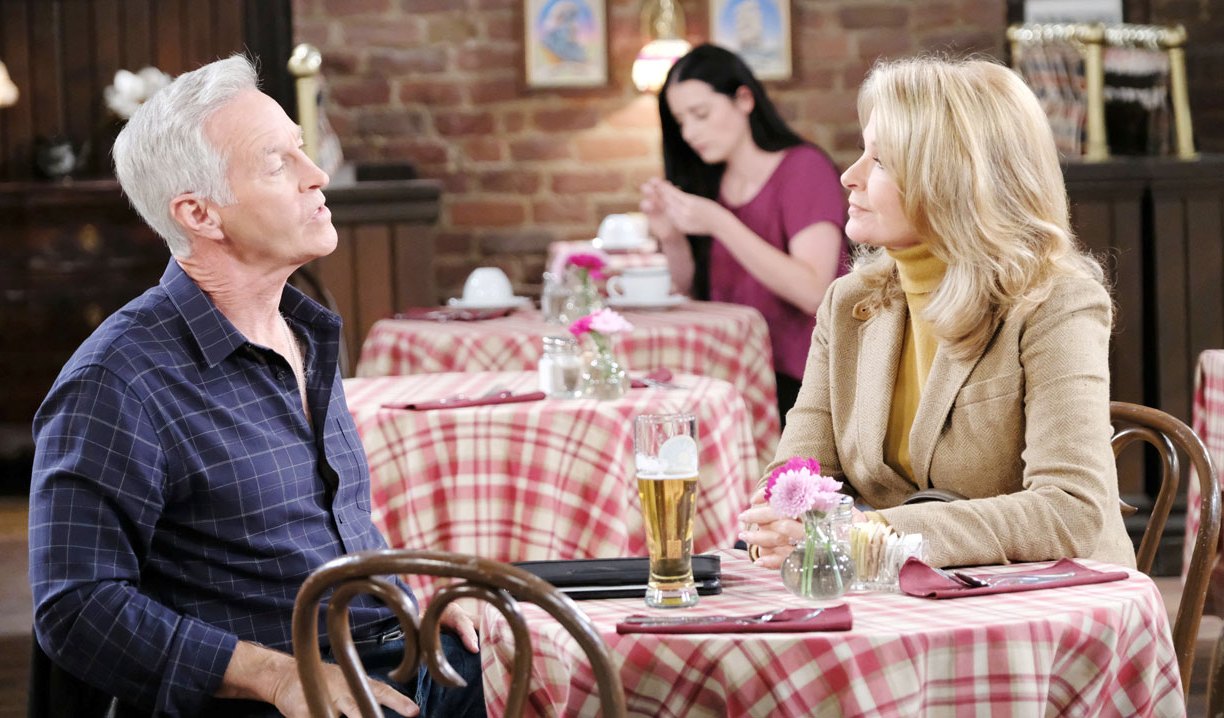 I’m Lori and I’m filling in for Christine with this week’s Days of our Lives blog. Christine correctly assumed in the last Deconstructing DOOL, Diana would test Jarlena’s relationship and I’m happy to report they passed with flying colors, for now anyway. They were my highlight, with a few other things standing out to me like the pros and cons of Stefan and an amnesiac for mayor.

I was so relieved that John and Marlena breezed past John keeping the secret about Leo (possibly) being his son. Secrets like those almost always break up couples on soaps. Thankfully, Days avoided that trope and turned it into a fun plot point for Jarlena. Unfortunately, they’re not done with the other tired trope of the obsessed ex, as Diana is now plotting Marlena’s death, but I loved watching Marlena diverting Victor and Diana’s attention so John could sneak upstairs for a DNA sample. And the classy way Marlena needled Diana about her plan to come between her and John backfiring? Perfection. The best part though was that the marrieds basically giggled about it afterward. That’s how you keep a long-standing couple fun and interesting without constantly breaking them up.

While I love watching John and Marlena working together on the Leo issue, I did think Marlena should have given John a little more crap for keeping such a huge secret from her in favor of siding with Diana’s wishes. At least Marlena spoke for the audience when she called John naïve in believing Diana’s claims so easily.

One step forward, two steps back with Stefan

One good thing to come from Chad leaving Salem is it paved the way for my favorite couple to reunite when Stefan re-hired Ben. While I don’t totally buy Stefan having the patience to listen to Ben’s romantic woes, I do love their scenes together, as among other things, their conversations humanize Stefan by highlighting his need for connection. His cocky smugness with Brady and Gabi was entertaining to watch as well and gave me hope he could be a character I can start to enjoy. But then he turned on his “nice guy” charm to basically prey on Chloe, who already told him she wasn’t interested. I just don’t understand Ron C’s vision for him.

Only on a soap

I don’t really know how amnesia works (does one retain their intelligence when their memory has been wiped clean?), but I’m with Sheila… who would vote an amnesiac into office? And unless they just want to use him as their puppet, what “party” would back Jack as mayor? It’s not like he’s just been out of the politics game for a while – he has zero memories or knowledge of the past 50 plus years! What could he possibly know about the current issues of the day, such as immigration, let alone what’s best for the good people of Salem?

• Chloe’s offer to buy her three patrons a round of drinks after her and Rex’s massive overreaction to the guy with a gun at Doug’s Place was pretty weak. Their whole bill should have been comped.

• I have zero use for Rex. They should have just let Sarah and Eric develop organically instead of bringing Rex in with the sole purpose of being their spoiler.

• I’m totally team Cin – they have chemistry just standing across the room from each other – but Ben and Ciara get so deeply into each other’s space I feel claustrophobic.

• As for Claire, I just don’t even know where to start with that hot mess.

@SheKnowsDOOL Should Ben be drinking when he’s on anti-psychotics?

Just today I was wishing there was more humor on DOOL; and, sure enough, there are the Hardy Boys trying to solve a mystery.

These are just my thoughts on this past week of Days of our Lives. Share yours below!