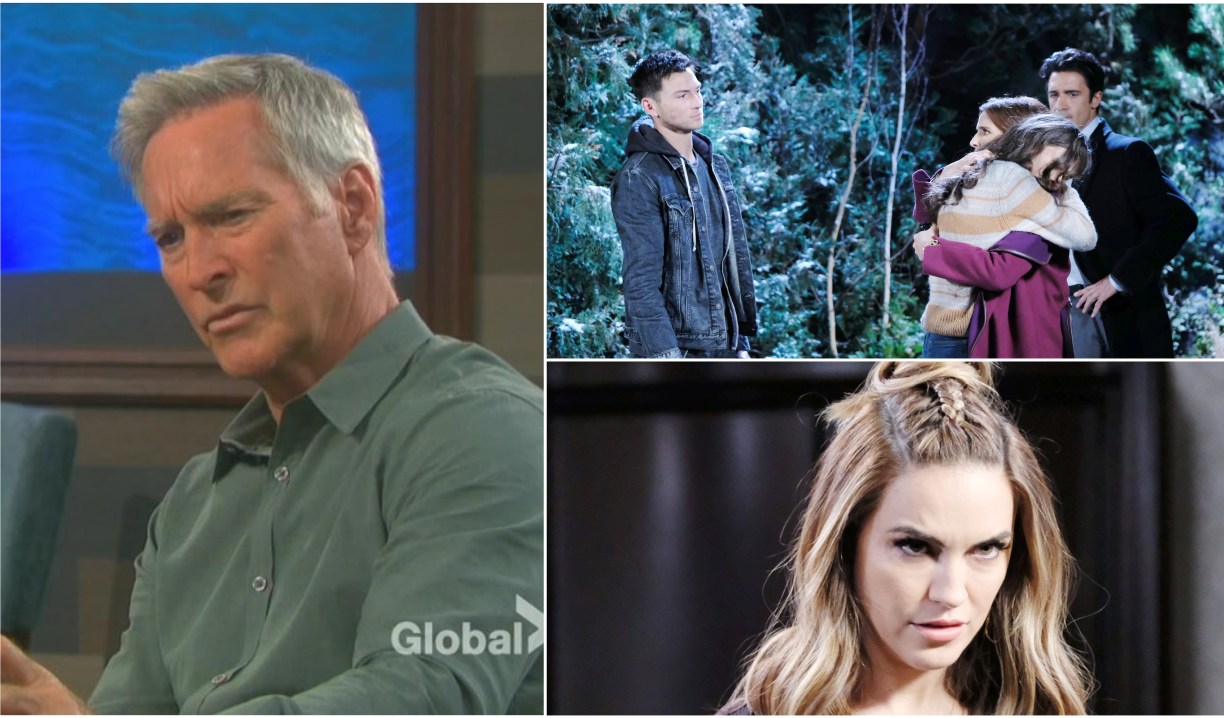 Some strange things happened this week on Days of our Lives. Maggie didn’t butt in when Brady ranted that Chloe moved in with Stefan, Ciara ridiculously went from being passed out from smoke inhalation to calm, cool and able to talk clearly within in a minute, and we learned that both Kate and Ben are better cops than the entire SPD. The biggest pattern that keeps coming up is that women are written as feeble and in need of rescuing.

#Days Wouldn’t it have been more badass if Ciara managed to save herself and beat Jordan’s ass at the very same time? The old soap trope of the man saving the damsel in distress is tired, through and overplayed. pic.twitter.com/tTNfB14N4K

Ben thrown under the bus by his own sister

I’m a little more convinced that Ron C could be predictably writing Jordan as the real Necktie Killer in order to give Ben and Ciara a shot as a couple without so much interference from others. I’m not a fan of the past being rewritten, and I’m also enjoying the angst and drama that’s come out of this story. I’m not enjoying what Jordan’s done to Charlotte, Ciara and Kate but I loved that twist on Friday with Jordan revealing that massive red scar along her hairline. Could this be what made her lose her mind? Last week in Deconstructing DOOL, I wondered how Jordan knew to take Ciara to the cabin. We’re still clueless on that one but something tells me it’ll come up again. I kept hoping that somebody would blow up that cabin (with Jordan in it!) so we never see it again. Thanks to the worst sister in the entire world giving SPD damning evidence, Ben had to sit around at the cop shop without a phone call or the police calling Bayview. So unprofessional. Speaking of phone calls…when Abigail wanted to go out searching for Charlotte, Chad told Abs to stay home in case someone called. Um this isn’t the 80s. They all have cell phones. Doug and Julie could have babysat Thomas while the parents went out to search for Charlotte. I want to say that at least Chad redeemed himself later by finding Ciara and then lying to Jordan that he killed Ben, in order to get her to give him back his kid, but he almost ruined it by having virtually no expression during the entire exchange. Alas, the two had a touching reunion that was altogether too fast for my taste.

I find Ben and Ciara sizzle together but this week’s writing for them turned my feelings lukewarm because some of the hallucinations were written in as romantic. I don’t find side effects of mental illness to be romantic but some didn’t see it that way and were into it. Though I loved their reunion scenes, I’d like to see Ben recognize that he needs a little time alone before being thrown back in Ciara’s arms.

Jordan is so deranged she can’t even do a Bump-It right. #DOOL #DAYS

Thursday’s Valentine’s Day episode was jam-packed with excitement and action yet not enough romance for many fans, who admitted they don’t have romance in their own lives and like to see it played out on their screens. The episode was a painful reminder of how few couples the show has that are happy or even together. Especially couples in their thirties. Not Rex and Sarah or Eric and Sarah, thanks. Will and Sonny shared a sweet and loving, yet brief reunion, but some found too much of it was spent on idle chit chat, while Marlena and John did their same old same old and ate some strawberries and whipping cream then Marlena enjoyed her um mug that John gifted her – yep. I guess the piece de resistance was Ben saving Ciara’s life from certain death. Does that mean Ben wins Valentine’s Day?!

Pathetic. There was so much potential. And we got that….

While I like Haley and find her and JJ cute together, this immigration storyline could have had more of an impact if we knew Haley long enough to care about her before we learned that she was in USA illegally and worried about deportation. Many fans are complaining that they don’t like the story because they dislike politics in their soaps. I polled to see if anyone was shipping Jaley and 79% said no. Ouch.

John missed that massive red flag that waved in front of his face when Diana was so quick to tell him not to bother with a DNA test because he is Leo’s father. Is he really? John should have headed straight for Leo to get a DNA sample and then taken that, plus his own, to another country to test! I highly doubt Leo’s his. I’d bet that she would do or say anything to try to get into John’s good graces. If it’s true it’s rather creepy since Leo finds John a silver fox.

Ted used to be such a shark but ever since he returned from being kidnapped by Stefan, he just hangs around SPD all day – for no apparent reason like some henchman. And the commish allows it. And worse, he’s not even any fun anymore. He’s been stripped of everything that made him interesting. What a travesty. At least he’s still opportunistic (slimy) enough to kiss Hope – a married woman.

Ted lurking everywhere that Hope is now is just plain creepy. What did they do to this guy? #DAYS #Daysofourlives #tedmissinghisballs pic.twitter.com/Q5iAKySVUR

It doesn’t matter – Hope has sucked all the life force out of Ted that made him fascinating. I had hoped he could fix Hope but I don’t think anything can. pic.twitter.com/v67EDh2Zhe

I didn’t hear any… 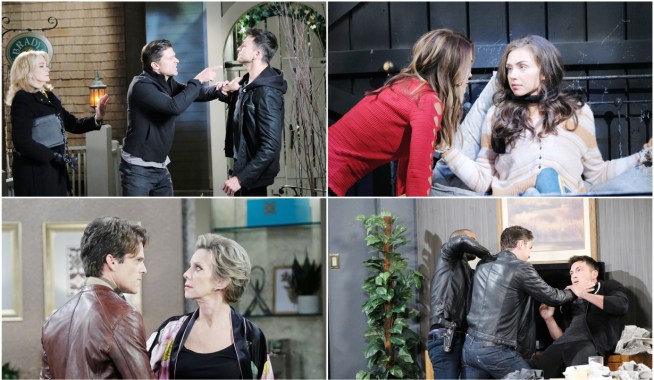 Deconstructing DOOL: Gabitch's Superpowers Include Tying Men to the Bed 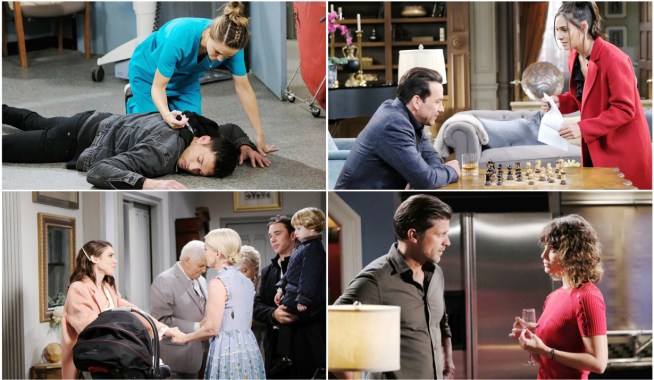