Deconstructing DOOL: How Do We Ship Couples We See Two Minutes a Month? 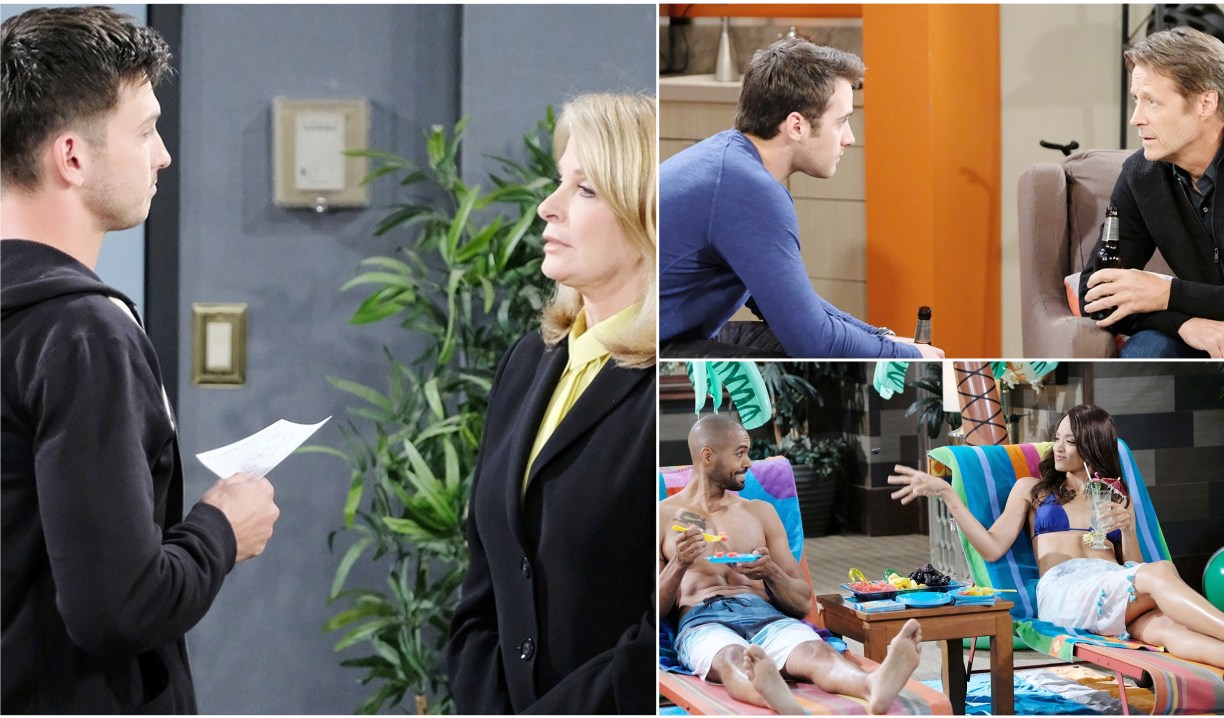 This week in Salem was much like every other week, full of surprise twists, hilarious dialogue, a touch of romance and a whole lot of crazy. I loved it but I’m a little dismayed by a few things…

Their two minutes of screen time

Fans have been begging for more romance and Days gave a mere two minutes of Eli and Lani at their Miami-inspired beach. Great scene but why are we seeing so little of them? They’re a gorgeous couple with chemistry to spare. I found it a letdown that they professed their love already before we even got to go along with them in their love story. WTF? I think I speak for all soap fans when I say it’s not enough for any couple that we ship to see them for two minutes a week or a month. We see more of Eve and Jack or Rex and Sarah or Sarah and Eric than we do John and Marlena, or Adrienne and Justin etc. I get that it’s story-related but nobody’s rooting for Eve and Jack or Sarah and Rex. We all know Jack will go back to Jenn and that Sarah will realize she is better than Rex. This is why I’m in favour of a few cutbacks. I’d rather have a smaller cast if I can see their stories progress for more than a few minutes.

I’ve finally warmed to Rex and Sarah and feel deprived because we didn’t get to see their full reunion which I was hoping would include a deep discussion about how Rex feels Sarah’s treated him with disrespect. Whatever happened between them was done off screen which tells me the show doesn’t even want us to root for them. It’s a shame that Sarah’s into miserable and sanctimonious bae, Eric, because he thinks everyone is beneath him and it looks as though Sarah thinks she’s beneath him too. And not in the good way. Ack.

Nitpicking: Dr. Sarah Horton went to Marlena for a consult on an agitated patient and wound up blathering on about her own personal problems. Mickey just rolled over in his grave.

More: Rumour of a new Days serial killer have merit ?

Feisty Jennifer is back

Without Jack in her life, HRH Jenn always has that big stick up her arse. With Jack, she’s passionate and energized. She’s somebody we can enjoy. I like their awkward scenes and feel for Jack who thinks he’ll never get his memory back, thanks to Eve. I’d say it’s nice that Jack feels a connection to JJ but that feels more plot driven.

Last week in Deconstructing DOOL, I talked about the mayoral candidates. I wonder what skeletons will pop out of everyone’s closets during the race. This week I found Melinda’s threats to Marlena asinine and Marlena’s response hysterical. But there’s no way this intelligent woman would threaten a psychiatrist, knowing perfectly well that Marlena’s bound by the Hippocratic Oath. Unless of course she too is an undocumented immigrant? I also wondered once again if she was Haley’s mama, not sister. There are a lot of questions surrounding these two and her being undocumented such as how did Haley get into nursing school and why didn’t Melinda try to get asylum for her?

I’m loving the Trasks.
Melinda is strong and independent and Haley moves with the grace of a ballet dancer. We need more characters that aren’t part of the incestual pool! #DAYS

We always knew that Leo was a creep but his hilarious antics make up for some of his creepier moments. I didn’t have a big issue with much of what he’s done so far because I didn’t expect anything more, but him grabbing Brady and planting a kiss on him was sexual assault and Brady should have punched him in the face.

It was sheer brilliance to get Judith Chapman to portray Diana. She shines in her scenes. So far, the fans let me know that this version of Diana is the opposite of who she was when she first aired. I’ll be curious to learn why she changed. So far, we’re seeing Diana as strong, independent, bitter, with a touch of vulnerability – and a secret. Does she really not know Ted Laurent? Does she have it in for Marlena?

Yes. Nothing like the Diana we remember but still good drama. People could change along the way.

I can’t wait to get to know Cristina. I mean Leo’s mama. #DAYS 😍 Especially since Diane’s being played by the glorious Judith Chapman!! pic.twitter.com/wv1M7JySPm

Chloe’s past came back to haunt her

Chloe got to know Stefan a little and for the first time ever, I felt something for Stefan when he showed Chloe the silver spoon he carries in his pocket that he bought for Charlotte, when she was born. It’s a good way to start humanizing him. I love Chloe’s new story already. Chloe murdered El Fideo and his thugs threatened that she’d pay. Who knew that they’d make good on their promise and how did they get a hold of that bloody knife?!

Once again we got to see Marlena at her best, in working mode. Her session with Ben was intriguing to me. I loved Marlena’s quick and dirty advice on not letting other people define you. I felt for him and wouldn’t mind seeing more of their sessions.

I’ve so little to say about this because it was spoiled so long ago that there isn’t a person on the internet alive who didn’t know Ciara was being kidnapped. And because of it, the scenes so far do nothing for me. I can’t believe our obsessed Hope asked Marlena for confidential information regarding Ben’s session when he hasn’t committed a crime. That made my brain hurt.

This is an opinion column filled with thoughts you may agree or disagree with. I’d love you to respectfully provide your own comments below.

Ben to Marlena about Ciara, “She’s my Adrian.” (Rocky reference.)

Maggie to Sarah, “It’s not as if you slept with his brother.”
Sarah replies, “I sure as hell tried.”

Leo to Brady, “You have a serious case of gay face.”
Leo to Brady about John, “Who’s the silver fox?”