Deconstructing DOOL: Mayoral Race Already Has Salemites in an Uproar 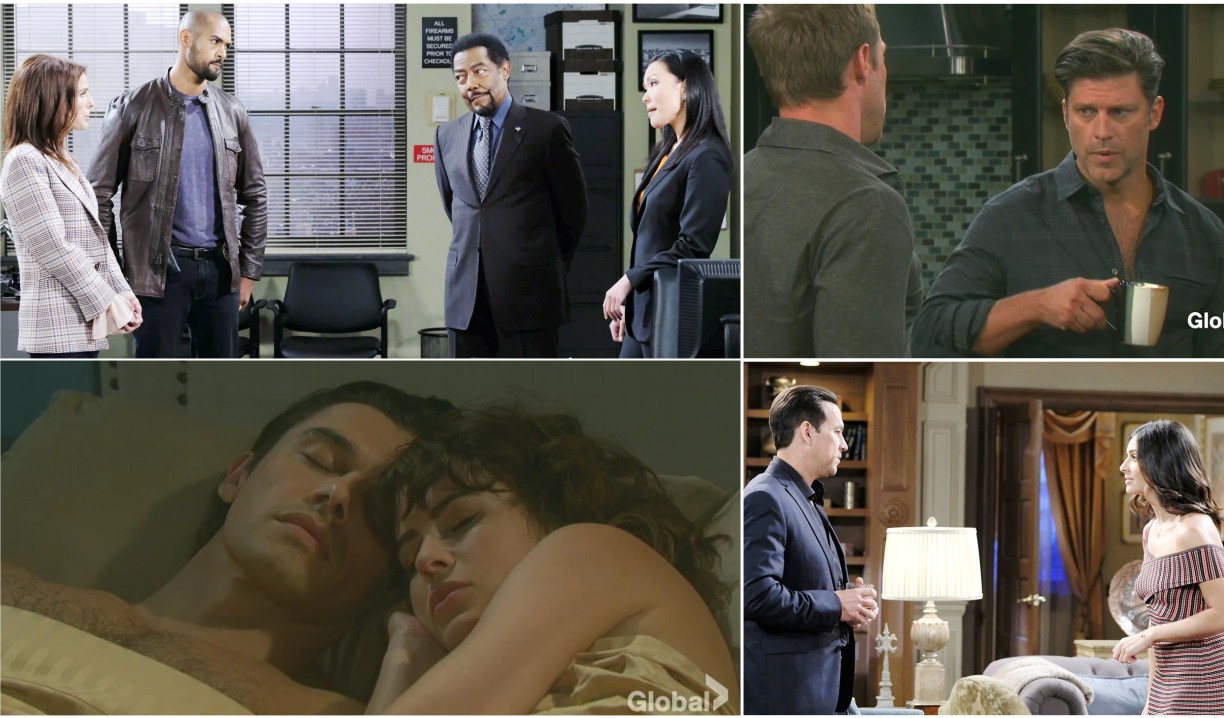 This week the 2019 Daytime Emmy Pre-Noms were announced and I’ve heard a lot of conspiracy theories from some who feel their faves were robbed a pre-nom, while some are angry that the show is not likely to be televised. Two things to note: If your faves weren’t selected, it’s because the judges found someone else’s clip more compelling. That’s all there is to it. There’s no snubbing. And I know this will be difficult to hear but it is exceedingly unlikely that we’ll ever see the Daytime Emmys televised due to lack of sponsorship. Fortunately they do stream it. Plus, Soaps will have a host on the red carpet and we’ll be watching along with you! Now on to this week’s dish!

I’ve always really liked Gabi and Hope but I hardly recognize these two anymore. People don’t change to this extent and especially this fast. Gabi’s always been a bit feisty, but it’s turned into bitterness and find her threats to Stefan as empty as her pocket book right now. I could be wrong. But overall I need more real vulnerability to enjoy this side of her. As for Hope…she’s still completely unlikable these days as a mother, wife and commissioner and has zero chemistry with Rafe or Ted. I hope something will change and that we’ll see more of a glimpse of the old Hope.

Xandy and the rebound sex

Xander drugged Leo and feigned their night of passion, which wasn’t too surprising. It’s for the best since short of blackmailing Victor, nothing Leo told Xandy would have worked to cement him as Titan CEO and Xander wasn’t into it. Brady’s a better fit if PhillyK isn’t going to return. And besides, Brady’s more enjoyable around his family and as a single man. It was nice to see Sonny give his blessing, but it left me wondering what he will do next. He needs more to do than focus on his love life.

Back to Xander. He seduced a drunken Sarah into bed. Since Xander’s not a good person, I didn’t get too worked up over him taking advantage of her state. Surprisingly, I didn’t expect to find them super-hot together. I didn’t care for the slut-shaming I saw online. I figured Sarah was depressed, in need of an emotional connection and a release and since Eric wouldn’t put out, Xander was able to give that to her. The whole scene made her more likeable, though it made me hate on Eric for not only letting himself into a woman’s bedroom without being asked but for looking so ridiculously betrayed and then judging Sarah. My guess is that he was jealous but it still annoyed me! It was a shame that Sarah started to judge herself after listening to Captain Buzzkill’s rant and then admitted the reason she did Xander was to get back at Eric. I was hoping she’d own it and defend herself. I’m truly disappointed since I started to warm to her this week, thinking she was just a free spirit. In reality, she’s just a hot mess who needs a true friend to chat with that she’s not attracted to. And if Eric could stop blaming Xander for Nicole’s death and falling for his brothers’ girlfriends that’d also be great.

People in Salem have no boundaries, they just walk into homes and rooms at will. 😳

I’m looking forward to the mayoral race shaking things up in Salem. Getting Honest Abe out of office is probably best for now since he’s delusional about Hope’s capability to run the SPD. And though we may regret it later, Melinda as mayor could work and mean a few twists, and the end of Hope’s run as police commissioner. I’m sure Jack would make a decent mayor, though I don’t get why Eve’s so encouraging about this. Jack’s remark to Jennifer about being able to see through Eve was very interesting.

Last week in Deconstructing DOOL I called Rex a dirty dog for boning Sarah’s sister Noelle. But this week, Rex admitted the reason behind cheating on Sarah with Mimi and Noelle was because he felt judged and disrespected by Sarah. That was intriguing. A part of me would love to see this discussion between these two, but I worry Sarah would just launch into one of her screaming tirades. Even though I think Rex is a bonehead, there’s something about how he’s been handling this that makes me smile – he’s just a big doofus! I was glad he explained the reason for seeking validation elsewhere but obviously if he had just told her how he felt, they could have either worked on their relationship or parted ways before he jumped into bed with anyone. I wonder if he’s codependent because otherwise it doesn’t make much sense to me why he’d work so hard to get Sarah back when he might consider that he’s better off without her!

Nosy JJ, who can’t let a person have a secret if their life depends on practically forced Haley to reveal her secret. And it was a doozy. Well it was when I heard about it a month ago. Let me guess…no. Don’t tell me. JJ will offer to marry Haley, be her hero, in order to save her from being deported. And he’ll of course tell his new BFF, his father, who will in turn use it to blackmail Melinda right out of the race. I hope my speculation is way off!

Jack jokingly asks his son, “What she tried to sleep with you too?”
JJ says nothing.
Jack’s eyes widen. “Oh….We have the same taste in women.”

Eve to Jack about The Spectator, “It’s birdcage stuff.”

Gabi to Eli about Julie, “I didn’t push that old bat down the stairs.”

Deconstructing DOOL: How Do We Ship Couples We See Two Minutes a Month? 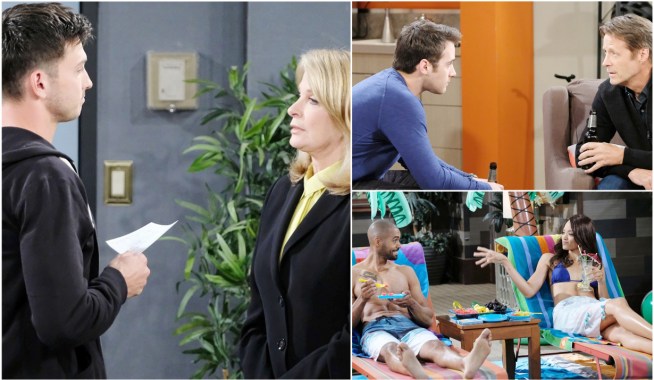