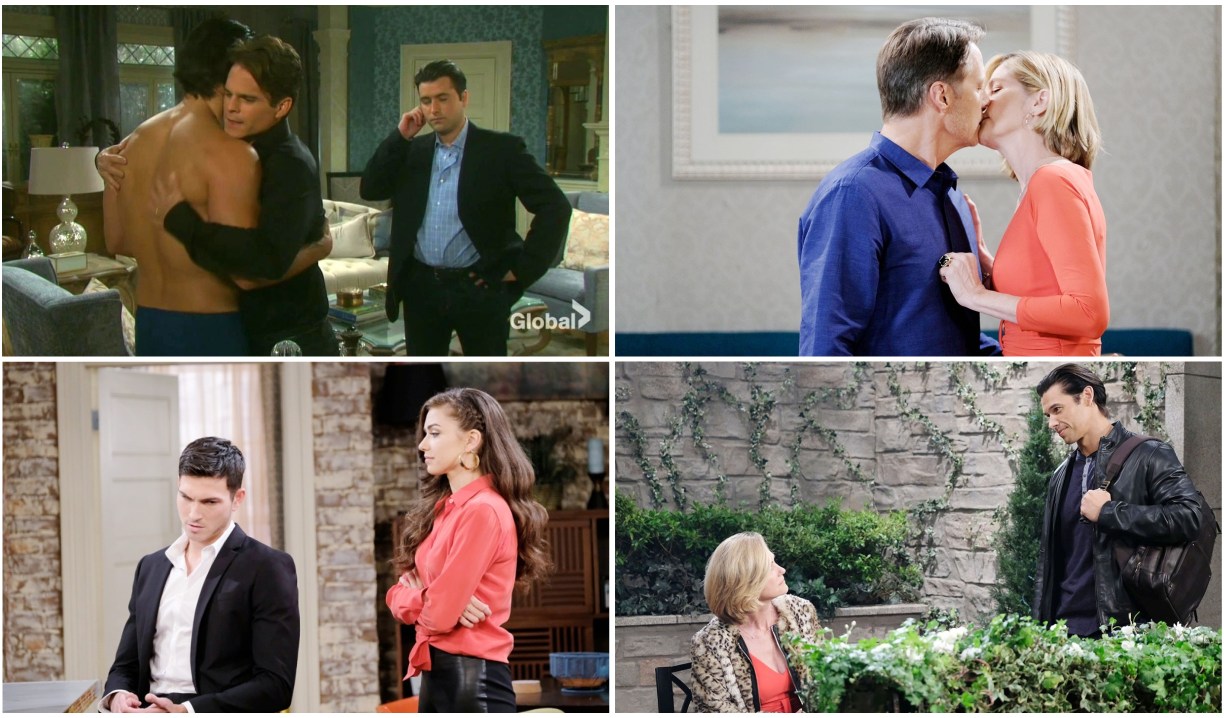 We’re back for another week of discussing the good, the bad, and the ugly. The good and bad are mixed into the discussion – and I’ve left out some of the ugly – the storylines or characters that I’ve already made my thoughts known on in the last few weeks. No sense in repeating myself and there’s no change – I’m thinking of you, Sarah! I skipped Friday’s episode due to unforeseen obstacles but I’ll catch it next week, I’m sure…

Jack said no to sex with Eve, yet she kept kissing him and didn’t get a clue that no meant stop. It was horribly ironic that just after Jack was reintroduced to Kayla, the woman he raped years ago. Great scene between the two. As for Jenn and Eve, I’ve always enjoyed their arguments but this time around it’s a repeat of them fighting over Jack that feels more like, ‘been there done that’ and I hope that there are some twists to keep my interest. Eve and Brady’s run-in in the square was intriguing. It felt like closure, though each is still in love. But since when did Brady visit Tate? I thought Theresa took off with him?

The ugly: Is anyone else tired of seeing Eve in the tattered and cheap faux fur coats?

Once again Xander desires Victor’s approval and to be brought back into the family fold. It’s a repeat, sure but this time at least he appeared to have given Uncle Vic something that would ruin DiMera Enterprises. So, what is it? And how did Eve come across whatever it is? More importantly, when do we get to see Leander together? I’d like to thank RC for giving us shirtless men in the dead of winter.

Last week in Deconstructing DOOL I found Hope as giddy as a schoolgirl telling Ciara that Ben isn’t reformed and that he kidnapped Gabi. Okay she wasn’t giddy but was in full on mama bear mode and that niggling part of my brain still wondered if Hope has been right all along and Ben really hasn’t reformed! As much as I like this couple and want to see them become the next Bope, a lot of work needs to be done with both of their characters so they can grow before they can be what we’d like. More people need to see Ben separately as a man with a mental illness, not just the Necktie Killer. Thankfully Abigail had the heart-to-heart with Ciara, which opened her cousin’s eyes some. I loved that scene. Then everything came crumbling down because Ben doesn’t know how to tell a story properly and told Ciara that he was fired, instead of the truth, that he quit. So, Ciara being young and immature with serious trust issues went nutso on him about “not quitting” and “manipulating her” and didn’t let him get a word in edgewise. She has no problem with him murdering people, yet a teensy bit of manipulation and she turns into a madwoman. I polled my Twitter followers about what Ciara should do about Ben. The responses were interesting.

The ugly: Who wears leather for a 20-hour long flight? Gross.

What should Ciara do about Ben? #DAYS

Gabi denied feeling remorse or shame for what she did to Abigail and Stefan but to JJ she claimed to have felt shame and regret. Mmhmm…it’s more like she regrets that what she did ended their friendship.

The ugly: Gabi’s too young to be going into menopause – so what’s with the summer dresses in the dead of winter? And WTF was Blanche Deveraux Abigail Deveraux even wearing to her date with Chad?

Canceling reservations at the last minute. Remind me never to make plans at Doug’s Place! #DAYS

Let’s go to the park where it’s ‘private’

I did love how Sonny found Will at the pub and proceeded to whisper their conversation out of fear that somehow Leo would hear all the way from the mansion. Too funny! But WilSon should have gone upstairs of the pub to talk, not the park, where anyone could overhear or see them making out.

The ugly: Sonny needs to stop slicking his hair back like he’s some thug who lives in Port Charles.

#Wilson should recruit Kate to find Leo’s mother. She owes them. #DAYS

Hope about Ben, “There’s nothing reformed about him.”

Victor about Chad, “It’s like putting a fox in charge of a hen-house.”

Victor to Xander, “Deep down I knew you’d survive. Cockroaches always do.”

Xander, “Best thing about a heated pool is skinny dipping in the middle of winter. Oh hey Maggie, care to join me?”