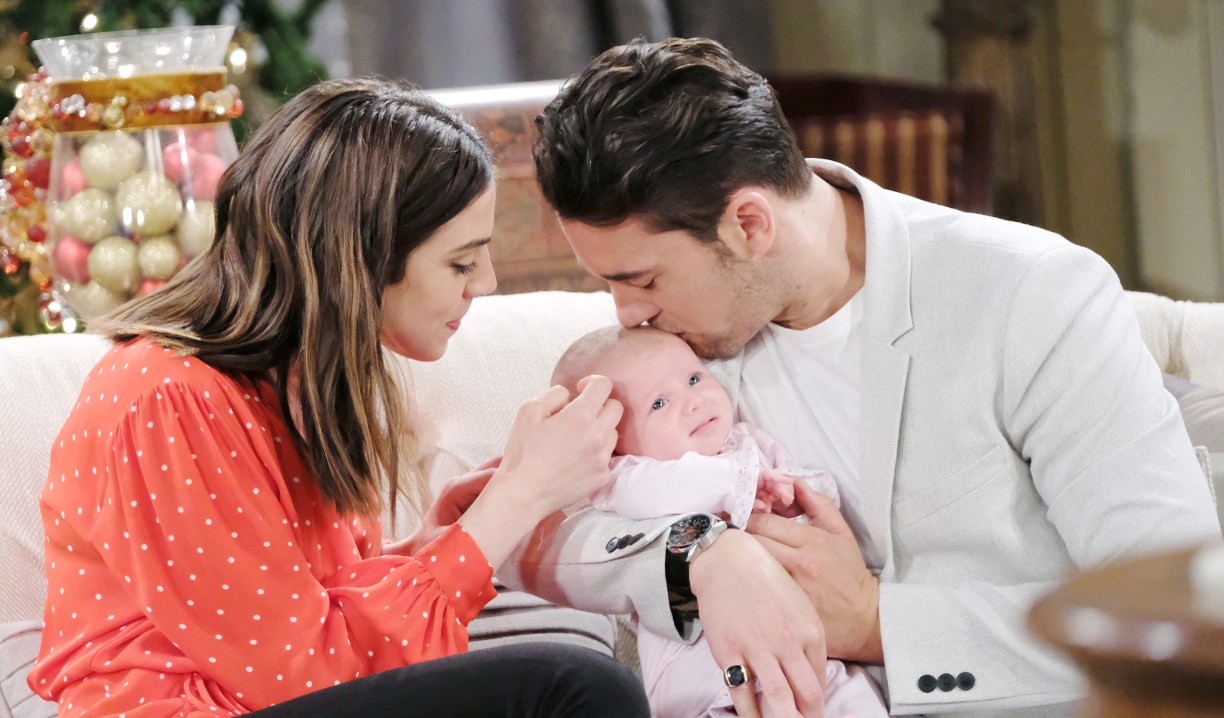 I’m Lori and I’m back to fill in for Christine one more time before she returns from vacation. I couldn’t have asked for a better week to dish all things Days as Charlotte’s paternity was finally revealed which led to a lot of juicy fallout. So, let’s get right to it…

I have always liked Tyler Christopher as an actor, but he did the impossible this week and made me sympathize with the insufferable Stefan DiMera. Like Julie, my heart went out to him as he reeled from the one-two punch of learning Gabby was Abby all along and that he isn’t Charlotte’s father. The fallout of this storyline is the best stuff he’s been given. For the first time, I’m excited to see what his character will do next, especially, as predicted in last week’s Deconstructing DOOL, Stefan will be out for blood.

They ruined him with that crazy, distasteful, 'obsessed with the alter' storyline. He could have been a terrific villain just judging by what we're seeing this week.

I haven't liked him at all! He said he has been treated like crap since he came to town but look how he came and what he has done! But …. I did feel sad for him when he realized the baby wasn't his…and he showed Gabi mercy she didn't deserve….maybe he isn't so bad!

A victim no more

Abigail’s toughness boiled to the surface this week and it was a welcome sight. She lashed out at her mother and Chad for not believing Gabi was gaslighting her, delivered my favorite line of the season – “Merry Christmas you son of a bitch” – when she gave Stefan divorce papers and clocked a very deserving Gabi when the truth about the paternity test results switch came to light. The story may have been drawn out, but the payoff has given Abigail renewed life and I love it.

I appreciated there not being a ton of anvils announcing Jack’s impending return. He will just show up (presumably as the man we glimpsed in Eve’s hotel room), which would be shocking were we not a spoiler-loving culture. The only foreshadowing has been a couple of mentions from Jenn, JJ, and Adrienne. Mentions that have been brief and natural sounding considering it’s the holidays. I do feel bad for Dr. Shah who is being trotted out just for his hopes about Jennifer to get dashed once again. It’d be nice if the show kept him around to give him a real story and romance.

Claire confronting Ciara about her jealousy over Tripp moving on was refreshingly adult and honest. It’s also the most I’ve liked Claire. But poor Tripp. He had to ask for a hug from Claire (after he gave her a Christmas present) because he’s so lonely and sad. I do hope Claire’s conversation with her aunt doesn’t mean there’s a quadrangle ahead for the younger set. I’d like the young women to be friends — they certainly need some. I also want Tripp and Claire’s relationship to evolve into romance and for Ben and Ciara to face troubles due to his current job as Stefan’s fixer and Hope’s disapproval, not because she has lingering feelings for Tripp — even if that does feel realistic.

• There’s too much happening off-screen: Abe and Val’s relationship crumbling, Steve and Kayla’s long-distance issues, and weeks ago – EJ and Sami’s reunion. We need to see these things for them to have any impact. Just hearing about it doesn’t cut it.

• With all Gabi’s talk of not being able to have children, she’s totally going to end up with a miracle baby, right? Maybe as a result of hate sex between her and Stefan?

• I need the residents of Salem to dress like it’s winter. Don’t get me wrong, I dug Chad’s Miami Vice look, but no one in the actual Midwest is dining outside or hanging out in a park without hats, gloves and warm coats right now. It is driving me crazy.

• JJ and Haley have potential. I’m intrigued by her secret and I find them cute together already.

• I said it last week, but it bears repeating: More Eli and Lani! They are young and sexy and fun. Side note, nice shout out to Sheila’s portrayer Tionne (T-Boz) Watkins’ group TLC.

• Most devastating line of the week from Chad to Gabi: “How could you let me hate my own child?” Oof. That hurts.

These are just my opinions. What are yours as another year in Salem closes out? Tell us below and have a Happy New Year!