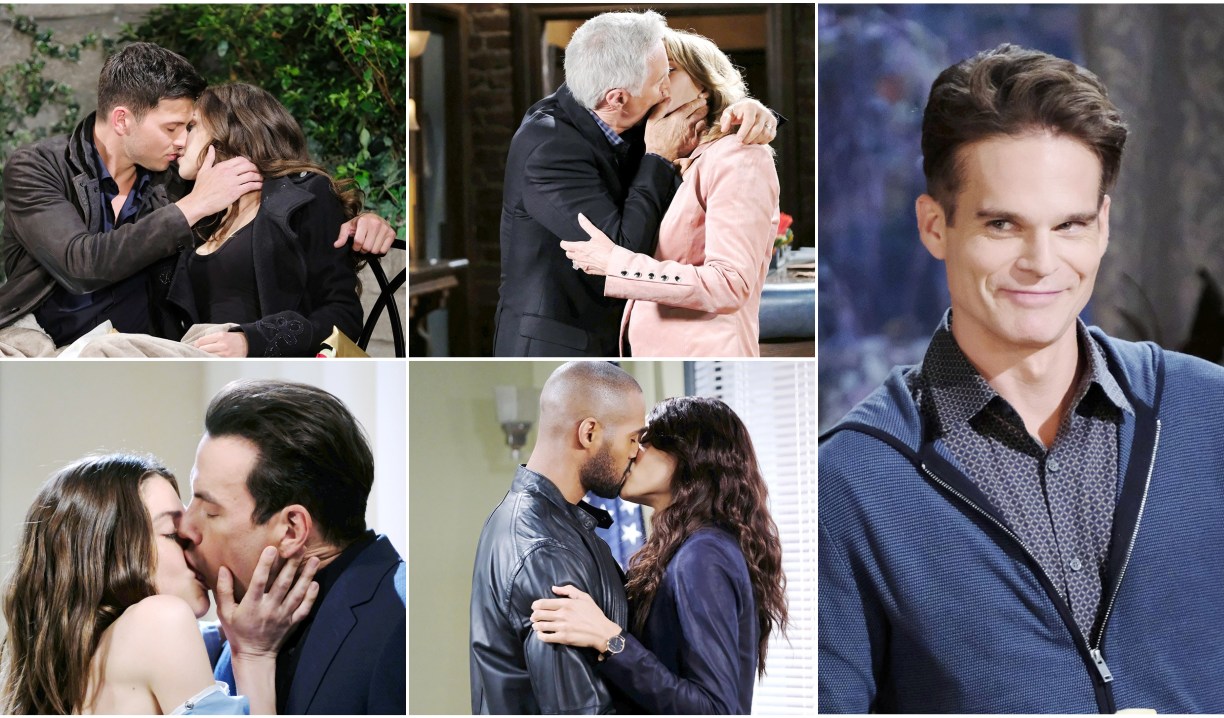 Be prepared. It appears as though we may be gearing up for a long-drawn out custody case where Salemites will be taking sides and I may or may not be rolling my eyes and insisting that they should all help raise Holly. Meanwhile, Val’s been gone a week and I already miss her but I don’t feel bad that I’m into Abe and Sheila’s chemistry. This week for me was a pocketful of sunshine, though one thing I’m picking on is how Ron C has each character’s sole focus on one thing at a time. They can scheme, date, or work, but for example, some have no balance between the scheming and normalcy. I’d like to see all of our characters living fuller lives.

Yes, one can be cruel even to a monster

Some fans found that Abigail toying with Stefan’s emotions, pretending to be Gabby was cruel. I can’t deny that. The man had tears streaming down his face while he anticipated that Gabby returned. If I cared at all about him, I’d feel bad. But it was good to see Abigail elicit some feeling out of Stefan which finally humanized him but came at a cost to Abigail since she felt forced to make out with the man who raped her and committed her to Bayview, then move in with him. Wait until she learns that Stefan committed her knowing that Gabi was gaslighting her and that her DID hadn’t returned!

Is Ben working for Chad?

Ben’s a lot smarter than Ted gives him credit for. Many wonder if Chad did hire Ben and they’re working together to take down Stefan. I dug the twist with Ben being Stefano’s head goon while Ted was trying to set up the meeting with him and begging Hope to keep him safe from Stefan’s goons. Hope strikes out again.

Romance in the afternoon

John and Marlena and Ben and Ciara, and Eli and Lani had a little romance this week, which was a nice departure from the usual shocking twists and turns. John and Marlena are lucky that they’ve shared a lot of romantic scenes over the years but it was a shame Cin’s scenes were cut of them dining on Chinese, especially since it was their first date. Eli and Lani must have forgotten that Eli owns Martin House. He could move Sheila to Will or Paul’s old room since they vacated two days ago, rather than live with her. She has a job and can pay rent.

Tired of Eric’s holier than thou attitude

Brady tried to make amends with Eric but it’s way too soon for that. Eric thought so too. Brady’s been blamed for Nicole’s death and he’s accepted it but it was high time that Brady slapped Eric with a few truths. While I like both brothers, I was glad Brady called Eric out on not being such a hypocrite. He had sex with Nicole while she was dating his own brother and murdered Holly’s father, Daniel, while driving under the influence. He’s not perfect. Sarah, who has known Eric all of four seconds, may be able to brush that under the carpet because she’s hot for him but if he wants custody of Holly, he’ll have to be prepared for that to come up in court. I’ve already stated in my last column that Eric would be a fine father to Holly but to play devil’s advocate, why on earth would he bother? He and Nicole weren’t even dating and he has no claims on her so why would a judge grant him custody? Some find it creepy. As for Maggie, I’m sure she could bring the kid up well too. She is her grandmother, which will hold some weight, though some feel her age may go against her in court. All in all, I have no stake in who Holly ends up with since I don’t know her.

Last week I playfully speculated in Deconstructing DOOL that my Kate might get hers for paying Leo off to fake Sonny’s sexual harassment case but let’s get real. None of us foresees it ever happening. She’s the Stefano of hiding from the law. Sure, it’s unrealistic but so is most of what goes on in Salem. I found it funny that even Kate called Gabi diabolical when she revealed her new subterfuge against Stefan. As if Kate hasn’t done worse! But Gabi’s machinations are getting old and I’d like to see her balance her schemes with something else.

Though my Leo is a hateful cocky slime ball, he has the best lines – I don’t recall any gay character in a soap calling someone a twink. Hilarious. I can’t wait until Victor and Leo come face to face.

Leo – the caricature of a gay character that Ron always wanted 🙄 #DAYS pic.twitter.com/BBcySBhS3x

Leo’s dialogue is nothing but gay slang, penis related humor and drags. Into it. #DAYS

This SL is ridiculous. Leo has no evidence that Sonny & Will tried 2 kill him, or even assault him, only that they tried 2 cover up a death that wasn’t a death. I’m no lawyer but I can’t see how this constitutes a crime that would land either one of them in jail. #WilSon #days

Sonny, “I’m being blackmailed for attempted murder by a man that I actually wish I had murdered.”

Leo, “If Richie Rich says yes to marrying me, everyone gets their happily ever after. Okay maybe just me.”

Kate, “I’ll do it. Public announcement.”
Leo, “Do you really think it’ll matter once these twinks are in prison?”
Kate, “Leo.”
Leo, “Hiya Boss Lady.”

Sheila on Eli, “You don’t want him so why should I let this hot police business go to waste?”