Deconstructing DOOL: Shocking Twists and Returns Made for a Solid Week 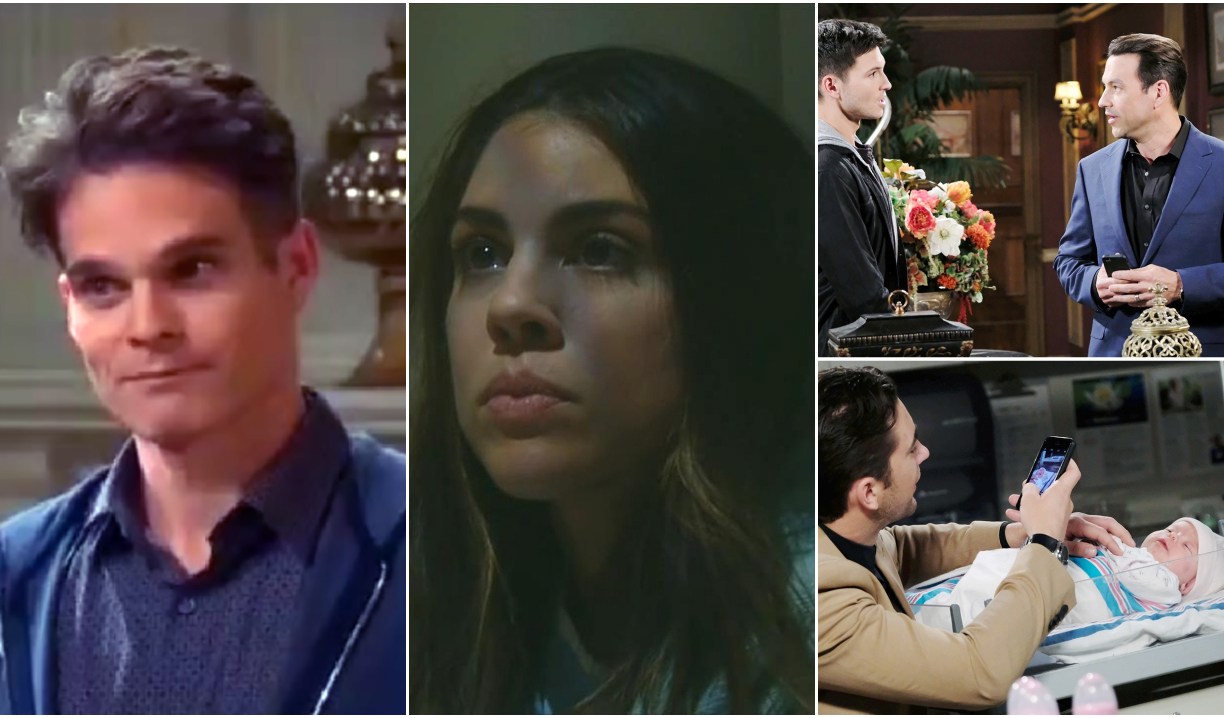 This week saw many twists and turns with two shocking returns, a major casting change, and two big secrets revealed. The long awaited WilSon reunion finally happened, and CIN finally kissed. Let’s discuss those and a few other storylines.

I had to work not to let my mind drift when Sarah and Eric, two ‘very nice and sweet’ characters, discussed Holly. I’m not sure how Eric expects to get custody of the kid when he’s not related to her and she has other living relatives. Hopefully the speculation that the baby is somehow Eric’s is true, which could spin the story for the better. Daniel’s dead. Holly needs a dad. Eric would be an amazing father but Maggie and Chloe will have something to say about this. My guess is whoever hires Ted will win the upcoming fight!

I found it intriguing to have Ben so desperate for a job that he’d offer his goon services to Chad and Stefan. The man has to eat, and it’s admirable that he is so motivated, but becoming a goon could hurt his quest for redemption from the town and make him look like a psycho who enjoys choking people out. It also adds to my growing doubt that he’s truly “ill” and not just deranged. It’s exciting not knowing either way. It’s also been interesting to see Stefan in a new light, with him allowing Charlotte’s family to see her and vowing to help Steve. If they’re going to keep this character, they’re going to need some Salemites on his side and to soften him up somewhat.

Un-strangled Will and Sonny’s reunion lasted all of 5 minutes and wasn’t spent in bed but talking about their ex, Saint Paul. Nobody can be happy in Salem for long. Last week’s Deconstructing DOOL on Will the Waffler had me wanting Will to take time to get to know himself again before he committed to Sonny. This week, due to Leo’s interference, he’ll have that time I guess! WilSon shared a few passionate kisses but were robbed from consummating their reunion before my shady Leo came back to life. While Leo’s monologue went on way too long for my taste, his scenes have been the juiciest and funniest in a while. It made the hitch in the reunion shocking and must-see. That he outed my Kate and so easily was surprising. Kate’s getting it from all sides. She just may ‘get hers’ for once.

Oddity – I’m not sure we needed the manufactured angst with Sonny’s “disappearance,” which had some almost in tears laughing since it was overkill.

Hate when #DAYS does the blackmailing for sex or marriage thing. It’s so unrealistic and they go to it WAY to much! YAWN. @nbcdays

Sonny to Will, “I ran across the globe and couldn’t stop thinking about you.” Uh…🤣 Wasn’t Sonny just gone 24 hours?#DAYS pic.twitter.com/xx120qcvmC

We finally got a scene between Hope and Ciara. Many didn’t like how “unfair and hypocritical” Hope was being about Ben, the Necktie Killer, since she murdered Stefano. Excellent point and one I’m surprised Ciara didn’t bring up, but Hope also pointed out that as a mother, she won’t stop protecting her daughter. As it should be. I’m still tired of Hope’s obsession with Ben but I get it. I doubt Hope’s “protection” will be above reproach, especially with Ted helping after returning from Stefan’s island, wherever that is, and sharing that Stefan’s after him. So far I have enjoyed Hope’s scenes with Ted. Already some are intrigued by the prospect of seeing them together. Tope?

More: Could a beloved Days alum be returning?

Kate Mansi returned as Abigail this week and because Stefan had a change of heart and allowed Charlotte’s family to be with her, we had a sweet scene between Chad and his daughter. It’s a crying shame he still doesn’t know yet that she’s his. His visit to Abigail was shocking. Abs has changed. Not just her looks, but due to the betrayal and pain of losing her daughter and being locked up by Chad, especially after they shared such a touching moment while she was giving birth to the baby. Just when you didn’t think this story could get any darker, Abby had the orderly call Stefan over and pretended (at least I assume) to be Gabby, so she could get out of Bayview. Brilliant.

Highlight: Chad donned that old tan suit circa 1974 to visit Abigail in.

Ciara and Ben finally shared their first sweet kiss but the cringey dialogue had tongues wagging (see the tweet below). Plus. Rafe. I swear I heard CIN fans everywhere screaming at the cop for prying the pair apart. We knew these two wouldn’t have it easy and if anyone was going to catch them, it was fitting that Rafe happened along. He has a solid relationship with Ciara, he knows Ben’s history and doesn’t buy into Ben’s redemption, yet he was fair when it came to telling Hope about the kiss. Not everyone should love this couple. It’s realistic.

WHO WROTE THIS?: I’m a convicted murderer.” “And I’m a rape survivor.”
Whoever you are, you should know that this line isn’t as clever as you thought it was when you wrote it. NOPE. #DAYS

Leo: “Be careful! You don’t want another stain on the rug.”
Leo, “I see you got a new rug.”
Will, “You were dead. I checked your pulse.”
Leo, “I wouldn’t go into the medical field if I were you.”

Leo to Sonny, “It’s not like he hasn’t been strangled before. Some guys are into that.”
Gabi to Kayla, “Do you think I’m some kind of monster?”
Kayla to Gabi, “Sometimes, good people do bad things.” 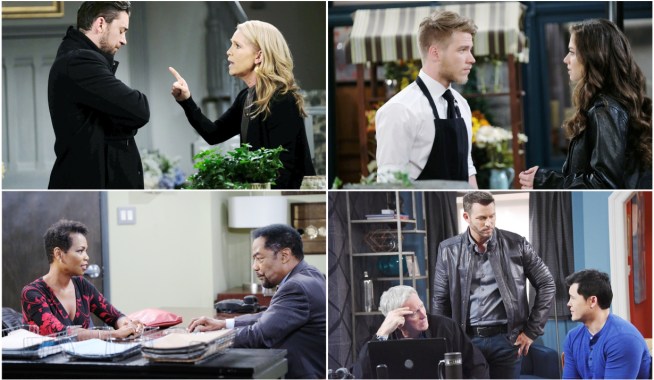 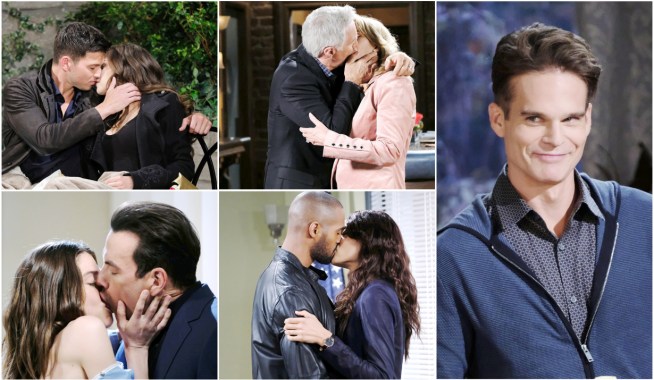