Deconstructing DOOL: Stefano’s rise from the ashes was a bloody lie 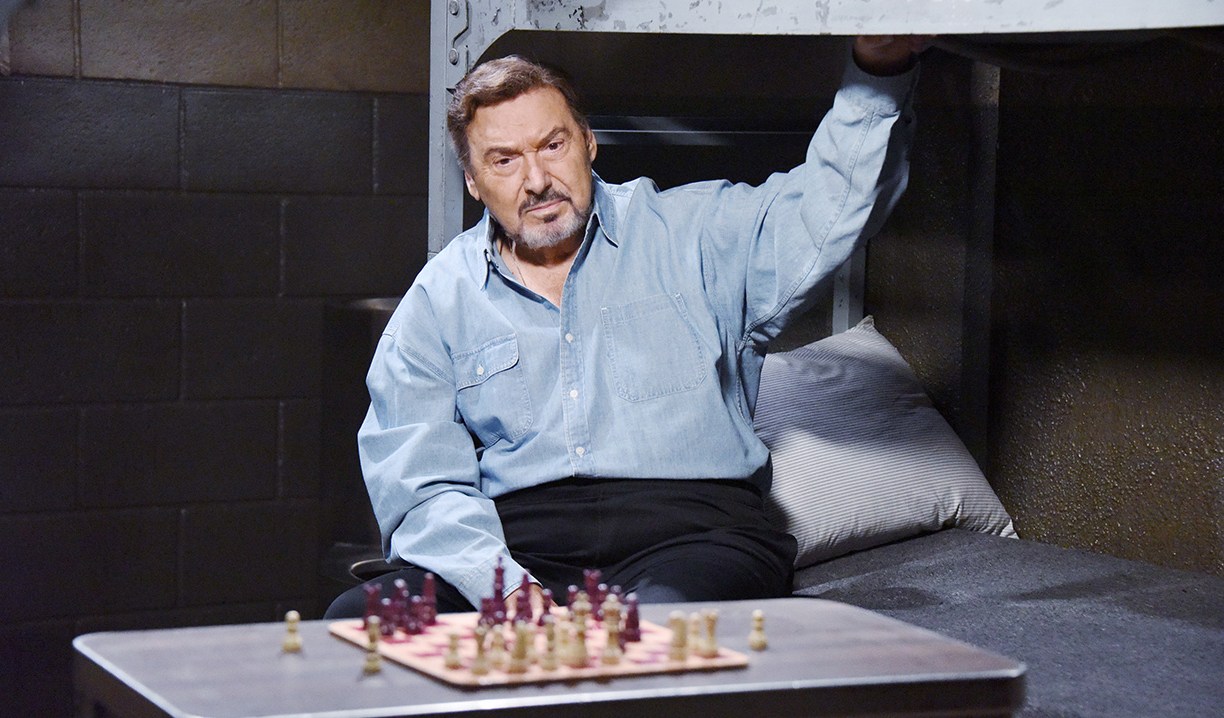 Much like last week in Deconstructing DOOL, all hell broke loose during February Sweeps and continued on this week with a bittersweet Thursday which left viewers emotional, leading us to believe Stefano escaped jail before the biggest twist of the century shocked and confused viewers on Friday when we learned Shane was disguised as Stefano, which probably means Stefano really is dead.

The Phoenix rises again and for the final time – wait or did he?
This story hasn’t been a fan favourite because of all the bumbling, the civilians being involved in the take down and the familiar sets were distracting. All that sitting out in the open at Café Dvorak discussing Operation Catch Stefano was careless considering Stefano would have known they were there – not that it mattered in the end, considering Steve knew there was no Stefano out there. I was annoyed that all the clowns were supposed to all be watching the exits when they were canoodling with one another as though they hadn’t gotten any in weeks. It made the whole operation look like a Scooby Doo mystery but then it was all fake so maybe it was done on purpose. I found it shocking that they even captured Stefano at all until Friday’s episode which revealed that they didn’t catch him. They caught Shane disguised as Stefano. This whole trip to Prague was a set-up devised to get Hope out of prison. The SPD’s corruption knows no bounds, what with the ISA in on it. Stefano really is dead and fans feel cheated and pissed off. The only silver lining is that Dena Higley will never, ever work for “Days” again.

I want to forget Friday’s episode ever happened and to think that our Stefano is out there wreaking havoc even if we don’t see him.

It’s been done already.
Chad and Gabi were locked in his panic room in September last year and now five months later they’re locked into a soundproof room. That’s deja vu, and not the good kind. They’ve been there 13 hours which begs the question, where do they use the bathroom? Where is this room? And the biggest question from viewers, aren’t there any other ways of getting these two to bond? It’d be nice to have one line telling us their location instead of feeling that we’re in the dark. Chad made a confession – he’s in love with Gabi and with Abigail. What a mess.

Hope and her ballsy yet questionable moves.
Hope was near death on Friday, yet Monday she was running through the back alleys of , , Brookeville – they all look identical. I felt for Eric. He’s been illegally harbouring a fugitive and this is the respect he gets. That’s not really the Hope we know, surely not the Hope anyone wants to know. And the way she addressed Raines, telling him to let her go because Stefano was alive was pathetic and desperate. He’s not a Brady so he’s not going to roll over for her and in his eyes and the eyes of the law, she attempted murder. The reality is, she did murder Stefano.

I thought Raines was supposed to be a badass? He couldn’t take down a 100 pound woman? He needs to stop bashing Roman. He is Roman!

It’s the journey, not the destination.
In “Harry Potter” the witches and wizards can disapparate from one place to another. Sometimes it appears as though the “Days” characters can do this too. Hope went from Eric’s bedroom directly into Hattie’s hospital room, skipping the good parts like how Hope got from Eric’s to Salem and how she found those scrubs not only with ease but without getting caught.  To most fans, the story is in the journey. It’s the little things that keep viewers invested.

Grandparents have a way of making everything better.
Ciara and Julie’s scene was “adorabs.” If this sort of thing happened more often, it would go a long way toward how people perceive the younger group.

I much prefer this Julie to Judgey Julie. Tartly wise is what she is! 🙂 #DOOL @SheKnowsDOOL

Chloe vs. Nancy Sinatra.
Nicole stepped back into the 1960s with her hair and outfit this week, which didn’t bode well with the fans, especially since she was waffling over what to do about Deimos. If we never see that hairdo again it’ll be too soon. Chloe ranting about her supposed BFF Nicole likely gallivanting around Europe and leaving her kid with a nanny was upsetting to hear, especially since Chloe’s the pot calling the kettle black. Where has Parker been these 9 months? While I still maintain I understand Chloe wants to protect Holly from Deimos, she’s not just overstepping a boundary, she’s becoming seriously unbalanced.

Steve to Kayla, “The Phoenix doesn’t have it in him to rise from the ashes one more time.”

Victor to Deimos, “If you’re going to eliminate your enemies, you should get the job done.”

Hattie to Hope, “Holy smokes, that’s my snake. I can’t believe I fell for a DiMera. The thing is I may have to get the doctor to give me something for puking, every time I think of him.” 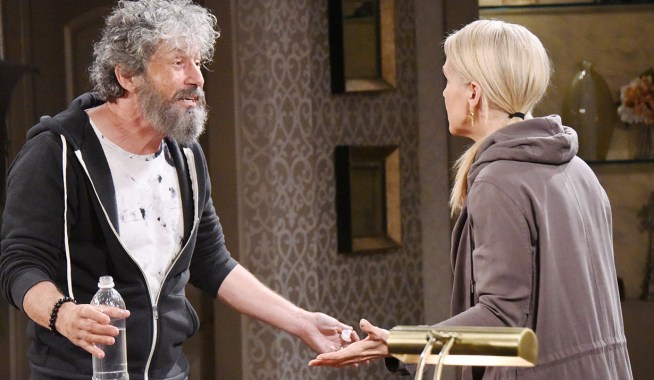 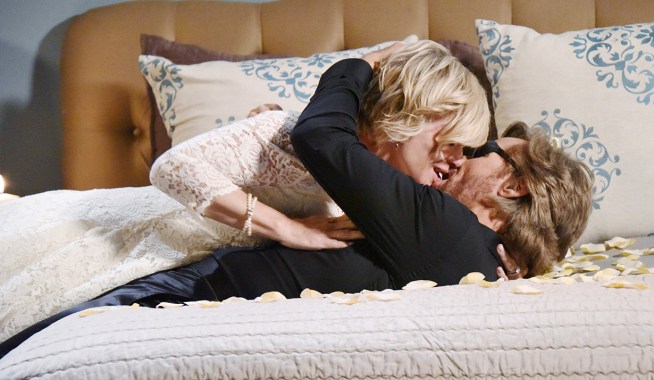