Deconstructing DOOL: Not a lot happened and what did wasn’t pretty 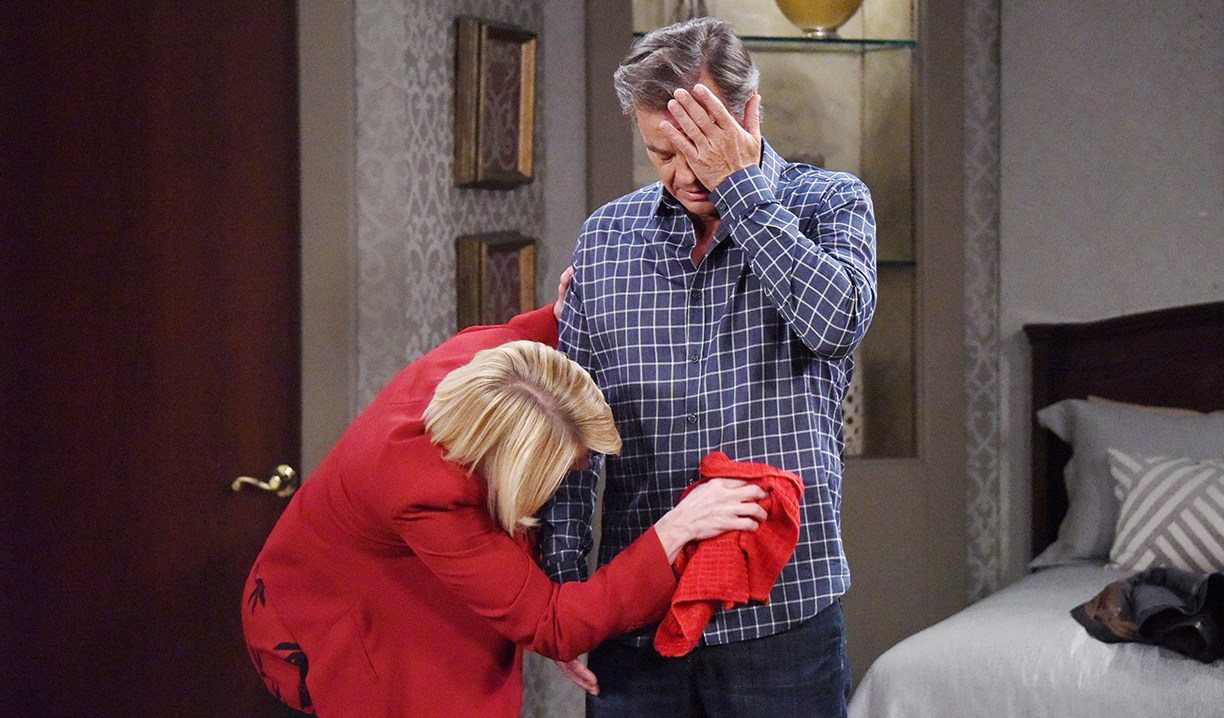 Not a lot happened this week, but much of what did, wasn’t pretty. We’re missing an element of romance, there’s too much of a heavy focus on Daniel, a character who has been dead a year who isn’t even a vet, Eric’s return had viewers delighted yet the story of how he got out of prison was a little ‘out there’. And half of Salem is still stuck in Prague, stretching out this fruitless search for Stefano, while Chloe awoke from her coma more intent than ever on stealing Nicole’s kid. Sigh…

Is Eric’s return better or worse than anticipated?
It’s good to see Eric back. His new prison haircut – not so much. He started out with this mysterious way about him which enticed some of the viewers who found his darkness sexy but he soon reminded us he’s still a whiner who is “angry with God” and hasn’t yet found his way. Honestly, we’re back to this? His return could have provided more storyline possibilities if he had any insight at all from his time in the hoosegow. What’s he been doing for six months?

The fact that Eric was pardoned for saving a girl’s life is a sham, especially after six months of the type of sentence he received. We saw some mixed emotions on Eric’s story from fans…

@Jayce524 @SheKnowsDOOL Didn’t need redemption anyway he only killed Daniel, deserves a pat on the back and then back to regular Salem life! — Dylan (@DylanJohnston5) January 18, 2017

@SheKnowsDOOL I like it!! Glad Eric is getting some focus & dealing w/all the tragedy & trying to find his faith in love in & God again! ?? — AEMullins (@aemullins) January 18, 2017

@SheKnowsDOOL i was in tears when i saw this episode.

The old loft set is back!
It’s always nice to see a new set or in this case a gently used set with the return of the loft. It’s an interesting choice to have the teens all in one place, which we hope will generate some good storylines, especially since Ciara and nu-Jade already got off on the wrong foot. With Paige Searcy out, many have expressed interest in “Days” recasting Ciara with Searcy. Giving viewers more scenes having teens and vets interact usually endears us to them but not in the case of Kayla and Joey. She needs to stop coddling him and let him be a man. Hopefully this move into the loft is the first step. His whining about murdering Ava after going months barely acknowledging it is a bad omen of what’s to come when Steve and Ava’s kid arrives and starts some trouble. A scene that worked well was Shawn giving his little sister good advice on staying in school. Thankfully she listened but one hopes Ciara doesn’t want to pursue a career in police enforcement when she’s finished, like the rest of Salem!

Skin deep.
If we’re not going to see Claire in more delightful scenes with Victor, what’s the point of her at all? At least Theo shut her insipid self-involvement down momentarily. He can do better.

Was it cute or cringe-worthy?
Is it just me or were Adrienne’s scenes with Justin cute yet exceedingly cringey? Is she leading him on or does she want him back? What about Lucas? This guessing game of who she’s into is getting old. Besides, I thought the focus was on her health?

It’s complicated.
Chloe just happened to see Nicole’s new engagement ring before she was about to spill the beans that Holly is Nicky’s daughter. What a mess. This tweet says it all.

Should Nicole be with Holly? Yes. Is Chloe wrong for not telling her the truth /c Deimos is lowkey evil and she’s too “in love” to see? No. https://t.co/bVzvaSoGh4 — Steene Marie (@MarieSteene) January 16, 2017

The Orwell device.
While the idea of this storyline is intriguing (to some), it hasn’t exactly translated well to the screen. Mostly I’ve felt lost and disinterested. Thursday’s episode gave me a headache. No joke. While Dario’s at least provocative as a badass, he’s too much of a hothead, which ruins any chance of rooting for him. His decision to hire a hitman to take out Deimos was shocking and fast and begs the questions, ‘did he have this guy on speed dial?’ and ‘where did he get the dough?’. It’s a shame he didn’t get to know EJ before he died, because he could have learned a thing or twenty from him. Next, it’d behove the show to get Sonny out of Titan for good. It’s simply not believable that he’s this bigwig at Titan. I’d rather he wasn’t shoved into the same mold as all the other men in Salem. Chad, on the other hand, did remarkably well.

Gabi and Abigail shoving themselves into this storyline is a strange twist. It makes them look like teenagers in the summer who are looking for something fun to do so decide to spy on their older brothers. Weird. Meanwhile, they’ve other more important commitments. If the spying wasn’t cheesy enough, afterward, the high fiving over a split second decision to destroy this device was embarrassing. They need to give this more thought instead of reacting so quickly. Deimos and Dario are loose cannons and one of the gals could get hurt.

My poor Anna.
Though last week in Deconstructing DOOL, Anna said a few of the best lines of the week, this time around, she went from comical to a caricature. It’s one thing to be quirky and drag around an urn of someone’s remains, but it’s gone on far too long and is no longer funny. Shooting Steve was ridiculous. Why ruin a character for the sake of horrid sitcom-esque comedy? What a nightmare. This isn’t the Anna I remember. I’ve nothing to say about the rest of the goings on in Prague.

That’s all this week. See you next Friday. I’m looking forward to your comments! 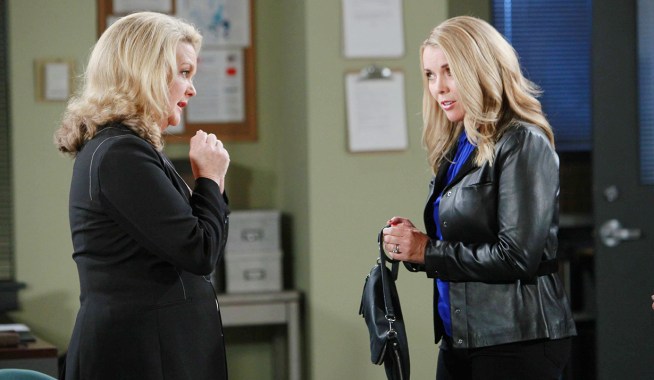 Deconstructing DOOL: Despite fan rage, we had a decent week in Salem

Deconstructing DOOL: The calm before the storm of February Sweeps 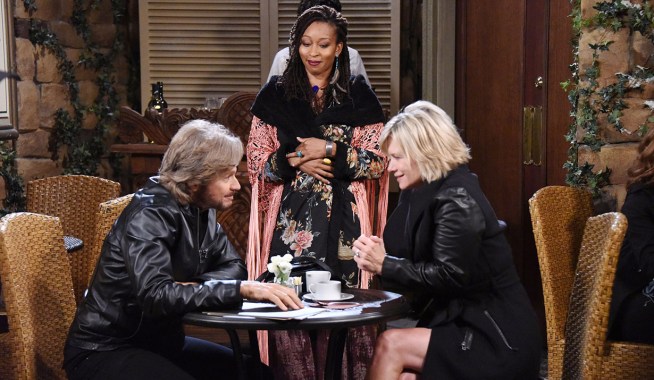