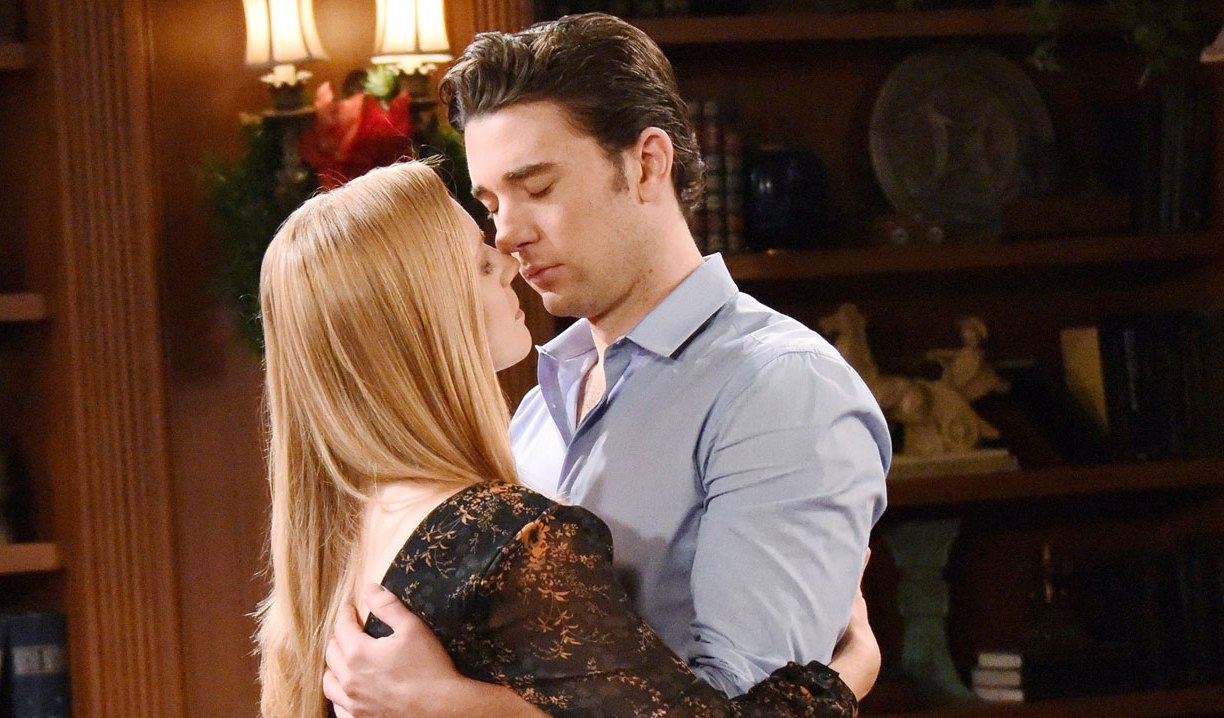 Salem rang in the New Year with a few good treats, such as everyone learning Abby was alive, and the possibility that Stefano was also alive. It was good to see Abby starting to fight for Chad again, but some stories have been a snooze. Here is hoping 2017 brings us tighter writing and less of the stories nobody cares about.

It’s Chabby vs. Chabi!
In last week’s Deconstructing “Days,” I noted that Gabi seemed to have immediately fallen in love with Chad right after calling it quits with JJ, which made it hard to root for them. I asked viewers which couple they were pulling for, and Abby is currently in the lead. There is still time to vote though! However, both couples have their fans.

Are you team #Chabby or … #Chabi? Vote, and feel free to leave an opinion #Days #Dool

@SheKnowsDOOL Again,Chabby. Gad isnt even a consideration when it’s been couple of months of dressing him for work&Chad was grieving Abby

While we’ve had months to see Chad and Gabi interact, we haven’t been able to see nuAbby with Chad much. Still, many feel they are the end game, and I have to agree. Dario’s speech to Gabi about staying away from Chad, and that she doesn’t have a great track record with picking men, was hilarious. His character annoys me, but I had to give him props for that line, which was one of the best this week.

Joey and Jade are back to being boring.
Last week I found Jade and Joey to be sweet for once, rather than annoying. Well after a week of that, I’m over them again. Their scenes just seemed to be filler in what was a somewhat slow week. Nicole, Nancy and Holly.
While Deimos and Brady tried to find a way to prove that Holly was Nicole’s, Nancy’s arrival spoiled that as she came to take the baby away. Nancy is in on the truth about Holly, but didn’t know whether to tell Nicole. I wanted to see Nancy do the right thing for once, but Nancy did what Nancy does best, and screwed Nicole over by taking Holly. Deimos and Brady need to hurry up and prove that Holly is Nicole’s kid as this story is heartbreaking to watch. I felt for Nicole when she was thinking about her miscarriages.

News: Find out which soaps are on New Year’s

Bosom Buddies.
Kate and Adrienne’s friendship in the wake of her breast cancer story continues to shine. It was nice to see Lucas and Justin call a truce, since their bickering isn’t making it easier for Adrienne. At some point, it would be great if she’d make a choice between the two, but obviously that isn’t what’s on her mind. Plus she may not want to pick one not knowing her prognosis. I honestly don’t know who I want to see her pick anymore, and I thought I had made up my mind that she should pick Lucas.

The return of Anne.
Anne once again graced our screens and tried to suck up to Lucas to get a job with Jenn-Jenn at The Spectator. I love her character and hope we get to see more of her going toe to toe with Jenn. There is also something fun about her and Lucas together. If Adrienne gives him the boot then maybe Anne will scoop him up!

Can’t keep it in his pants JJ strikes again!
At the stroke of midnight on New Year’s JJ got a big shock from Lani, who confirmed she was the one he slept with in Miami. We all figured that one out. Unfortunately Gabi was just as shocked as JJ to find this out, seeing she was ready to give him another chance. I would rather see JJ pursue something with Lani at this point, because Gabi is on my every last nerve after all her waffling back and forth.

It’s about time!
Thanks to Derek, Paul and Sonny got together just in time to share a midnight kiss. Finally! This was taking forever.

Orange is not the new black in Salem.
Hope’s prison storyline is as stale as the bread they probably serve there. The only entertaining parts have been seeing Hattie again, Chili, and watching T-Boz playing Sheila. Now however Chili is dead, and I don’t give two hoots about watching Hope pretend to be the heroine in some Lifetime-esque women in prison flick.

Time to throw in the purse!
Eduardo and Dario’s purse smuggling storyline just needs to go. There is nothing entertaining about it in the least.

Has the Phoenix risen again?
There is a bit of morbidity in the timing of the latest rising of the phoenix storyline, what with Joseph Mascolo passing away earlier this month. I asked viewers on Twitter what they thought, and many also found it odd.

@SheKnowsDOOL It’s creepy. It’s nothing new to have The Phoenix rise again.. and again… and again, but the timing this time? Creepy.

@SheKnowsDOOL Seems like a thing he’d do. TBH it’s so @stefanodimera IMO. Want to see the finale story! Love & miss him!! Fav. Villain!

@SheKnowsDOOL I know that it is a soap but she shot him three times in the heart. Ugh

Obviously the show couldn’t predict the actor’s death, but I wouldn’t want to see anyone else take over the role in the future. Hopefully they have a plan B in the wings as a way to write him off in a way that honors the character, unlike having Hope shoot him. Obviously this whole plot of bringing Stefano back is mainly to spring Hope from the big house, but now there is a much more important story to tell.

Kate to Eduardo, “Resolutions are for those with low self esteem.”

Dario to Gabi, “Quick review! Will, the gay father of your kid; Nick, your sociopathic husband; and JJ can’t-keep-it-in-his-pants Deveraux. Am I really out of line questioning your vetting process when it comes to men?”

That’s it for my opinions. Christine will be back next week. Until then, please leave your own thoughts, and have a happy New Year! 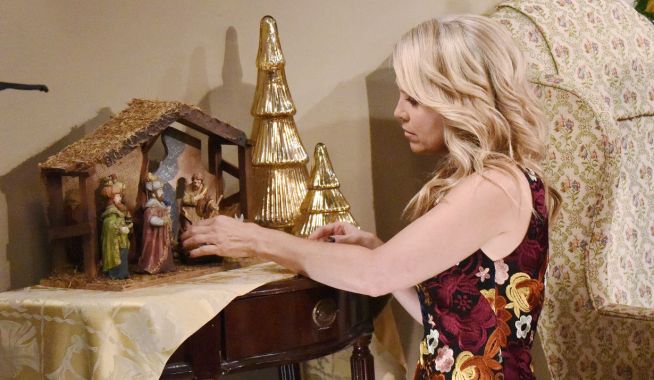 Deconstructing DOOL: Viewers feeling their intelligence has been insulted 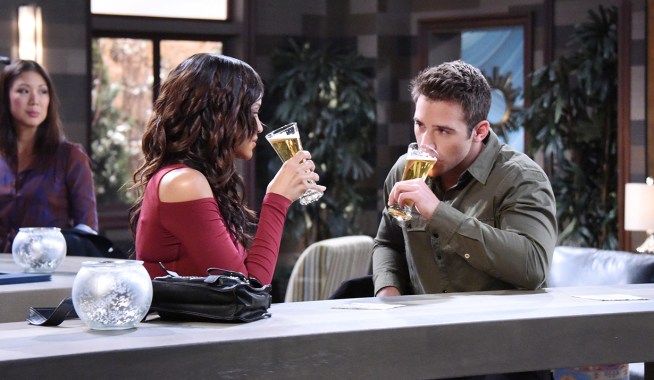