Deconstructing DOOL: Stooges storyline heats up but not all fans warmed 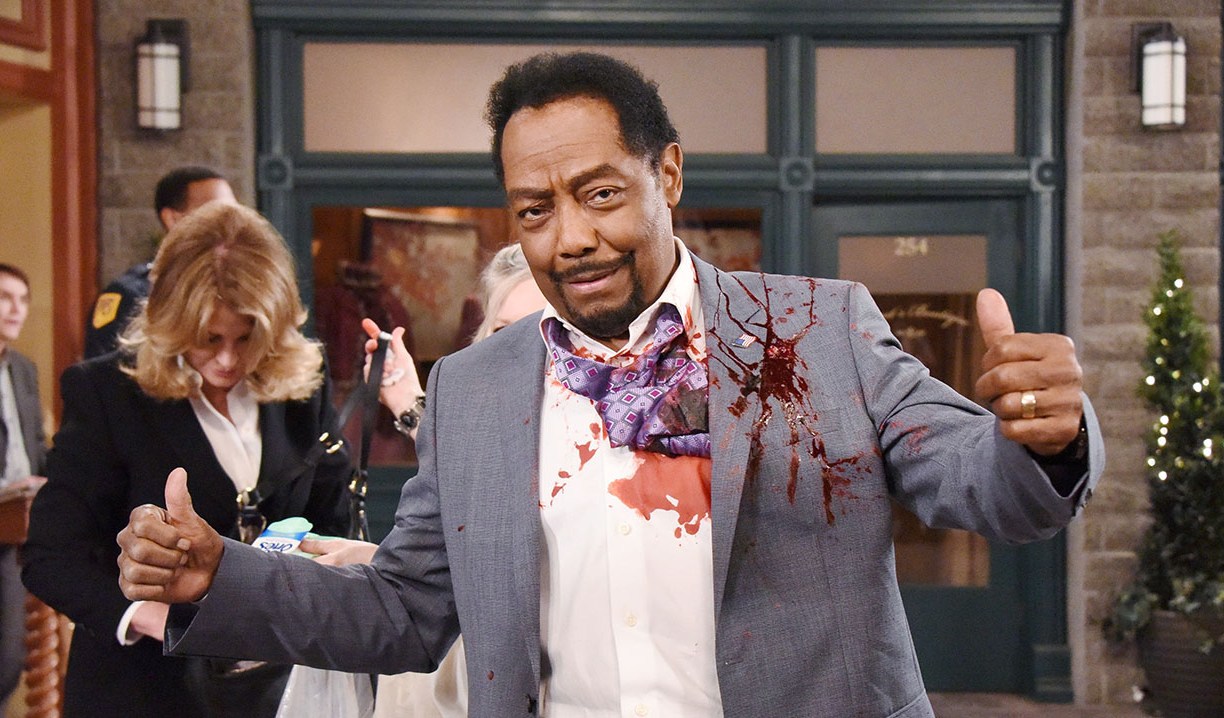 There seem to be sides developing with some fans loving the excitement the Three Stooges have brought to the scene, while others can’t stand the escapees. Then there are those who found half of the week without the escapees dull. It appears that even though I see the massive changes on the show and am loving every episode, many have lost their love, stating that they’re tired of being made promises from the showrunner, Ken Corday, that their show will get better when they don’t see it. That makes me sad for them and sad for the show’s future. The ratings are so low, but I’m still loving each episode.

The Three Stooges.
I like how our villains are unravelling at the seams just a little. They’re not friends. The only thing in common they have is revenge. Orpheus looks down upon Xander and Clyde, thinking he has the higher IQ, but like most people, he underestimates Clyde ‘the hick’. Clyde’s used to being in control of his own operation and he has a lot of people backing him up as Marlena and the SPD mentioned. He’s sick of Orpheus considering himself the head of the operation. I’m banking on Clyde to break out from the ‘team’ and that Xander will do something rash to get himself caught or killed. I didn’t expect Clyde to attempt to shoot Aiden. What a travesty that Abe was shot. Hopefully he will recuperate – we need Abe. Sadly, (teaser) this isn’t the last shooting in Salem.

I wondered where Roman was during the shootout…

@SheKnowsDOOL He’s somewhere preparing to take the oath of office as the new Mayor of Salem, LOL

Why am I so attracted to Orpheus #days

Who the heck is the baby daddy?
The paternity test results say it’s not possible that Deimos is the father of Chloe’s baby, yet Chloe looked…surprised? How twisty! Did Kate or Nicole change the results and throw in somebody else’s DNA for the father or is there another man Chloe’s not naming? Or is there something more sinister going on?!

Nicole’s feelings for Deimos confuse me so much that my brain actually hurts.
My Nicole appears to be sliding backwards again with regards to self-respect. I thought we were beyond that. It’s painful to watch her have sex with a man she is afraid of, and who she feels is bullying her friend. Oddly, I’m on Deimos’ side. He had a right to find out if the kid was his. I didn’t see what he did as bullying at all.

PaulSon.
Some fans are accusing Sonny of leading Paul on but I don’t see it that way. His husband has barely been dead a year. I’m sure he’s still half in love with Paul, but perhaps he feels guilty and isn’t ready to move on. Either way, at least they’ve chemistry, and it appears to be slowly moving in the right direction. I also noticed Sonny’s been less bitter!

Chad and Jennifer’s relationship changes.
Many found Wednesday’s episode to be boring. Granted, it was a low key day but I loved it. I liked the calm before the storm. Jennifer and Chad’s newfound respect for each other was a nice change and it was a smart move to remind viewers that Jen was still concerned that the DiMera guards weren’t “nice.” Chad finally admitted that he’s moving on, which is healthy and easier to take than his grief for viewers. Last week in Deconstructing “DOOL” I wondered if Gabi and JJ would break up and Gabi would end up with Chad but Billy Flynn’s tweet makes it appear as though they’re possibly just friends.

#DAYS Chad and Jen have much in common, they’ve both lost a spouse, and Abby, and each have son

Remember what happened with Ciara everyone??? #chill ? Chad isn’t moving on…he’s trying to not be depressed. — Billy Flynn (@billymflynn) September 21, 2016

Claire and her precious YouTube.
Claire finally got kidnapped. I guess she now realizes she’s not invincible. I think some viewers are sort of hoping that Orpheus would gag her so they wouldn’t have to hear her talk about “the precious” anymore. I can’t tell if she’s desperate for attention because she’s exceedingly insecure or because her ego is massive, but I still say she’s as dumb as a box of rocks. I mean the entire town is in darkness because of the blackout. Only a few have generators, so it stands to reason that many of Claire’s fans also have no power. She’s racing to put herself out there likely so 5 people will watch her make a duck face on YouTube for ten minutes. On the positive side, I have to admire her determination! And we’re seeing another side of her and Joey in the hideout.

Interview: Soaps.com Skypes with Alison Sweeney about Days and her new Hallmark movie

As usual, this is just an opinion piece. It’s mostly in jest, I don’t take myself too seriously so you don’t have to, either! Please feel free to share your own opinions with me – similar or not!

Sad news this week. Soaps.com learned Agnes Nixon had passed away. As the creator of various soap operas, this is a great loss to the genre. We’re all thankful for everything she gave us over the years. She won’t be forgotten.

“I never thought I’d say this but thank you God for Kate,” Chloe says.